Volcano Threatens Eruption in the Philippines – The Sacramento Bee 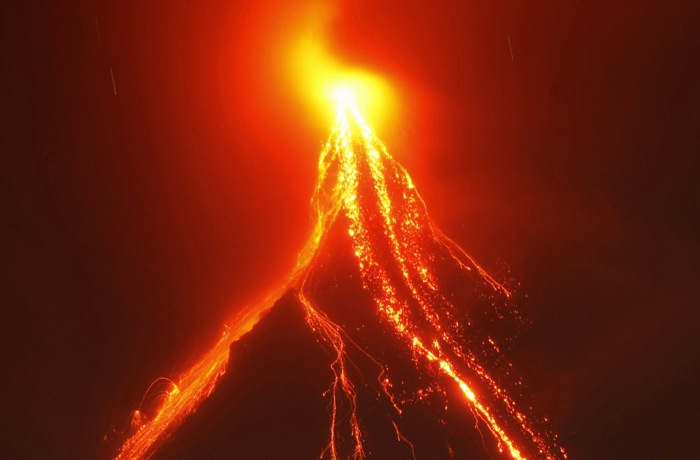 Philippine troops on Monday pressed the last 3,000 villagers who have refused to heed government warnings to leave the danger zone around a volcano that experts say is ready to erupt. Tens of thousands of people have already been evacuated from the foothills of Mayon, which on Monday emitted lava fountains, powerful booming noises and other signs of an approaching eruption. After a week of puffing out ash and sending bursts of lava trickling down its steep slopes, the 8,070-foot (2,460-meter) mountain overlooking the Gulf of Albay and Legazpi city shook with nearly 2,000 volcanic earthquakes and tremors between Sunday and Monday, state volcanologists said. The Sacramento Bee is on the scene. Mayon Volcano Threatens Eruption in Philippines – The Sacramento Bee