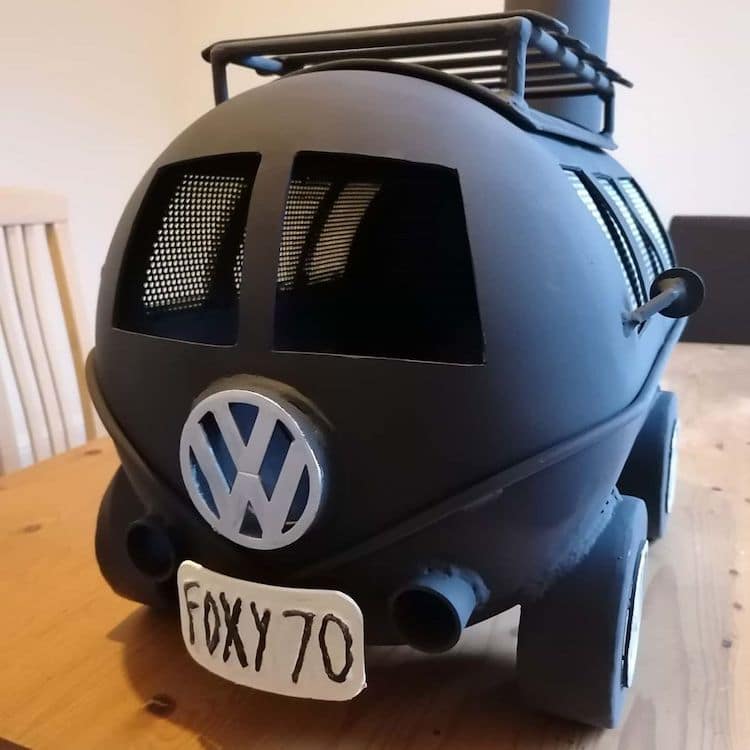 The Volkswagen Type 2 (also known as a “Hippie Van”) forever rests in pop culture as a symbol of “peace and togetherness.” Quite likely due to its history with summer gatherings, flowers, and feelings of love, the sheer nostalgia of the vehicle continues to contribute to its endearing nature. From its quirky but reliable frame and structure to its ability to bring and keep people together, it’s of no surprise that it's also a favored muse. It inspired the album covers of late greats, such as Bob Dylan and The Beach Boys while maintaining a loyal usage from The Grateful Dead. 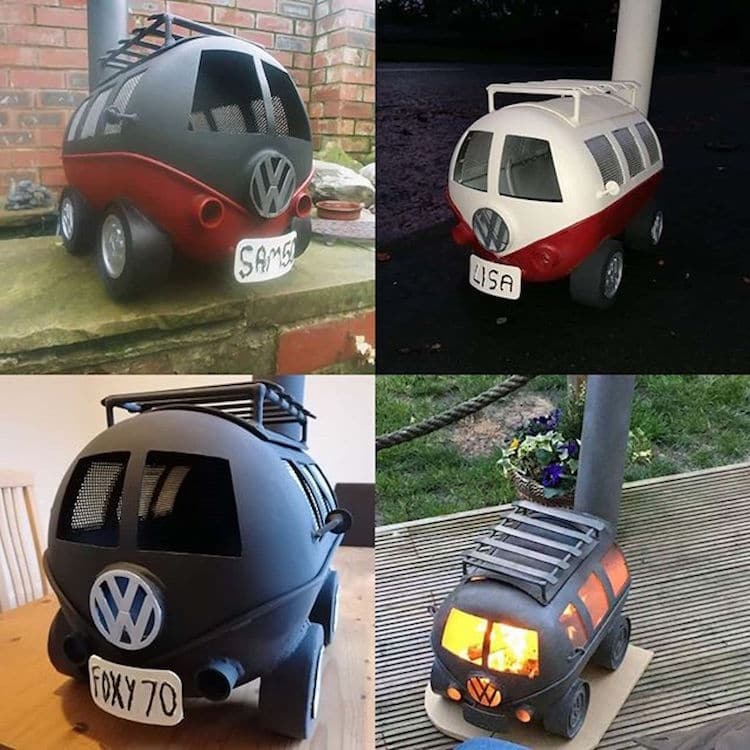 By using recycled materials, and some delightful ingenuity, the details that Lyons utilizes in his grill designs, are sure to delight the most avid of fans. Just like a real Volkswagen Type 2, Lyons’ grills include the iconic VW symbol, split front windows, and identical rearview mirrors. He also uses a variation of license plate titles that continues the tradition of charm associated with the vehicle. Some of Lyons' creations include the striking and memorable two-tone paint job, just like the real van.

These hand-crafted grills are small, thus reducing any reluctant users from feeling overwhelmed by fire management. Its size also allows for the optimization of space and contributes to a “cozy” environment. Lyons' designs ensure that the legacy of the Volkswagen Type 2, of encouraging “togetherness,” continues. Lyons also takes commissions, accepting both bespoke one-offs in addition to these campers. 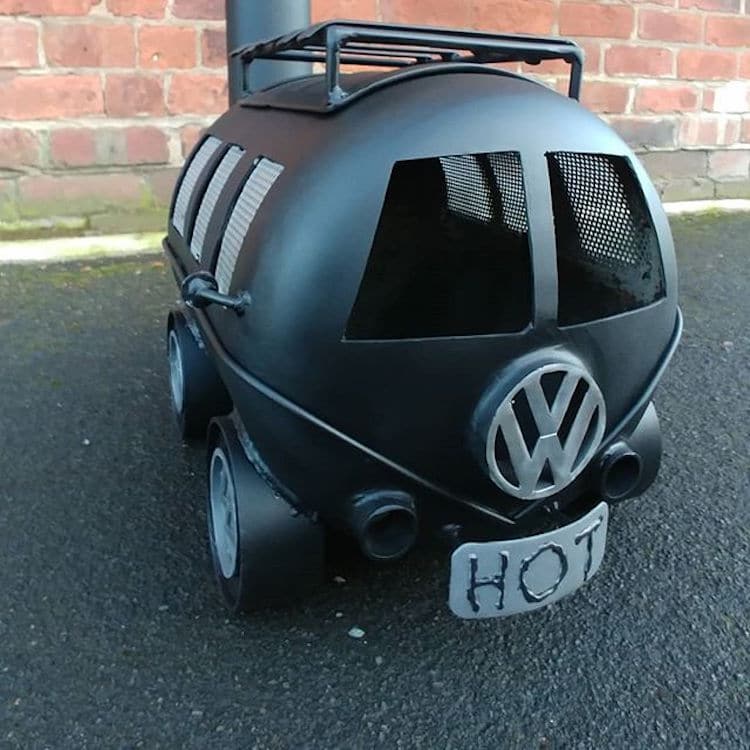 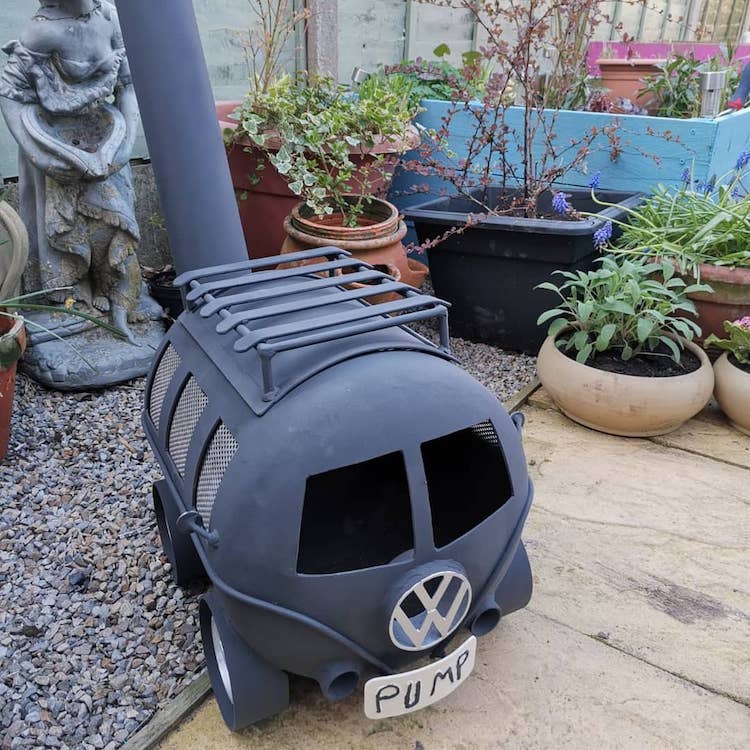 Here's the wood burner in action: 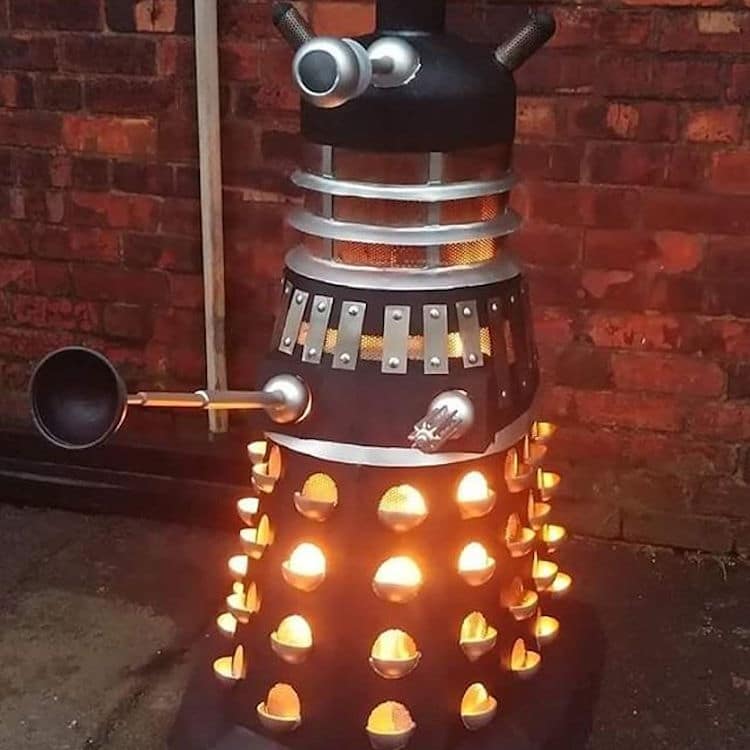 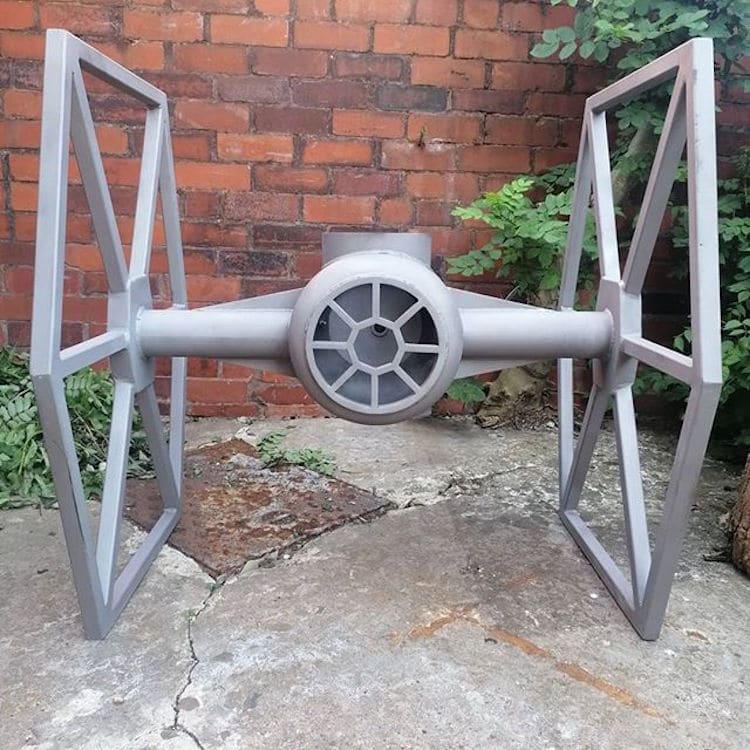 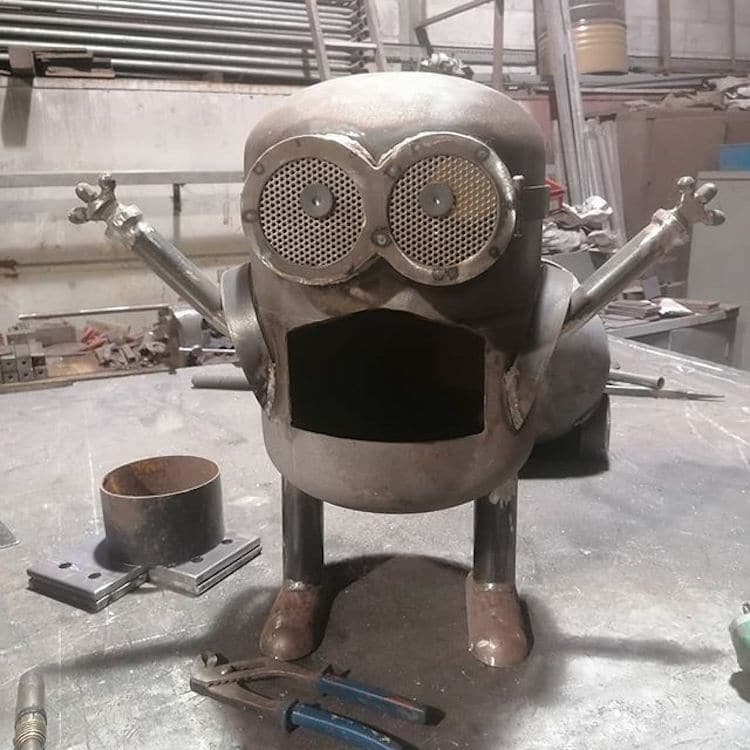 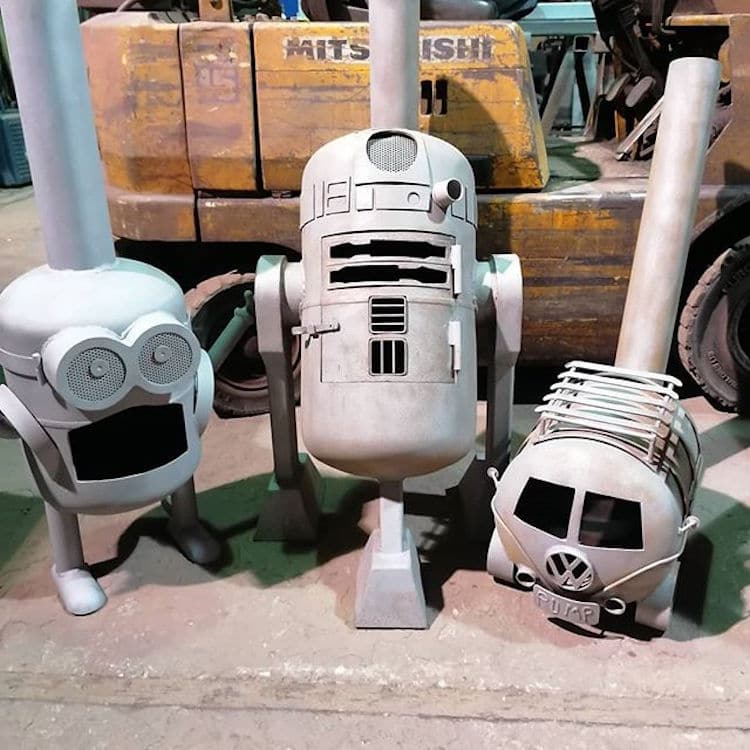 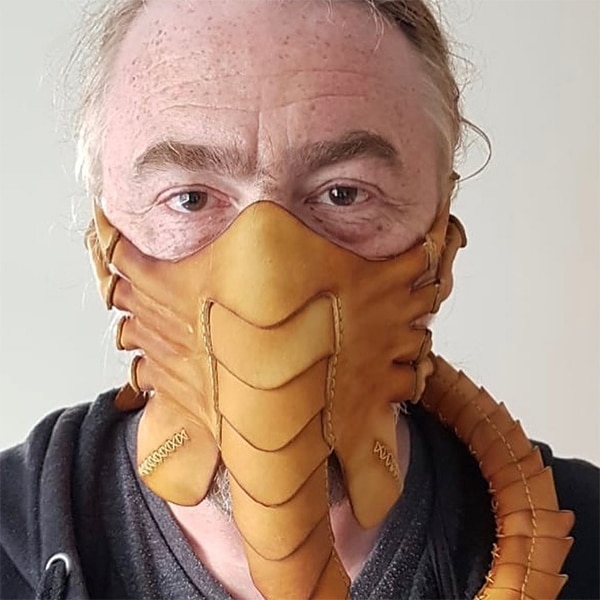 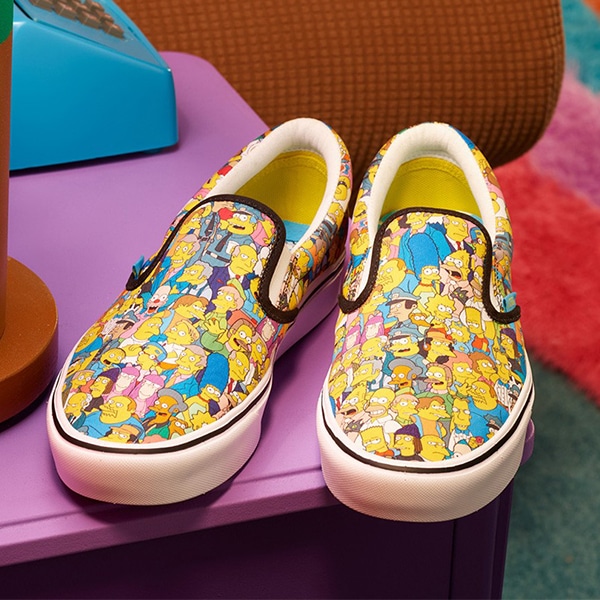 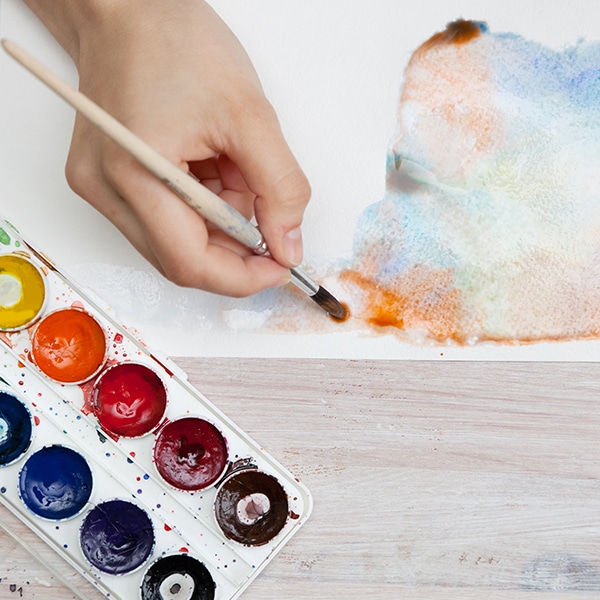 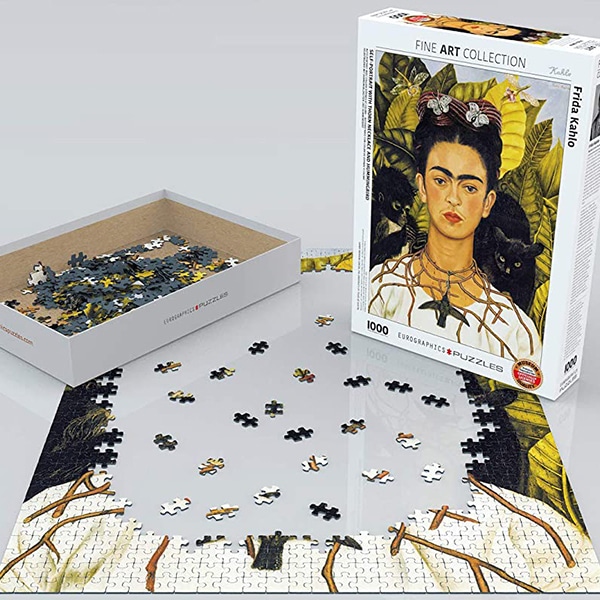 These 1,000-Piece Jigsaw Puzzles Let You Recreate the Greatest Works From Art History 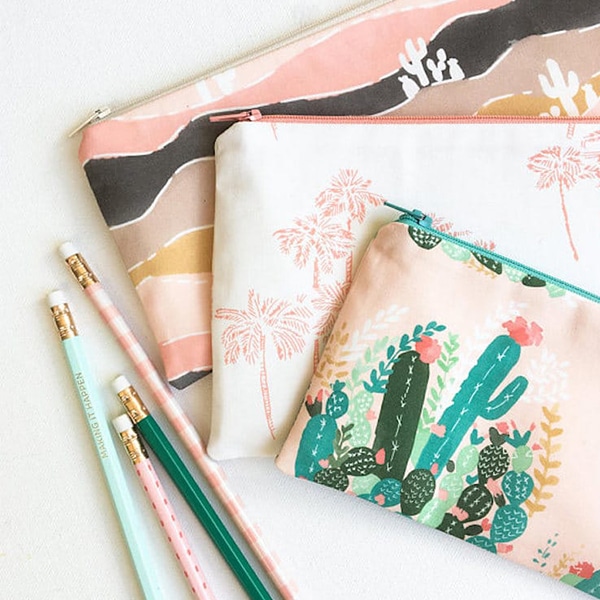 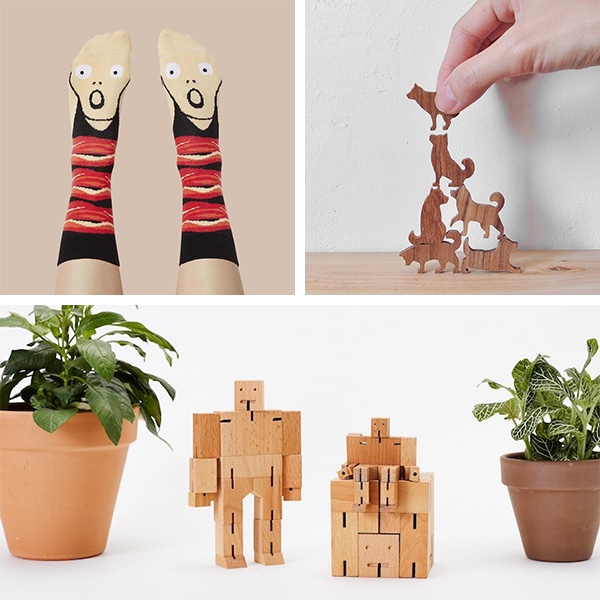 Surprise Your Favorite Guy With One of These Small Gifts 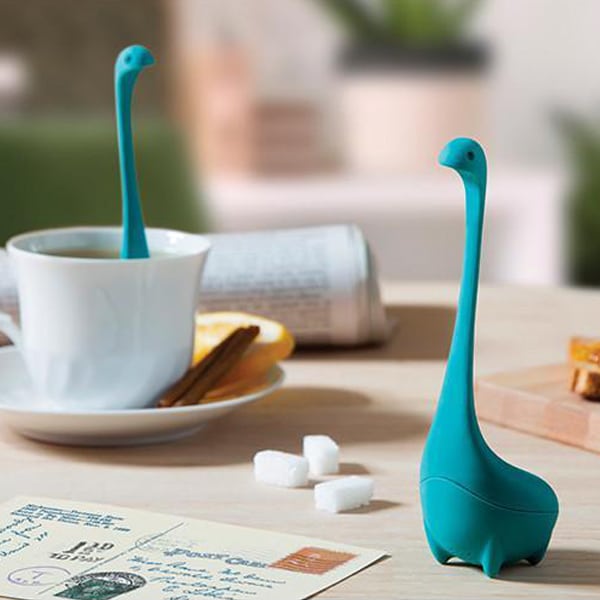 20 Charming Tea Infusers That Are Brewing With Creativity