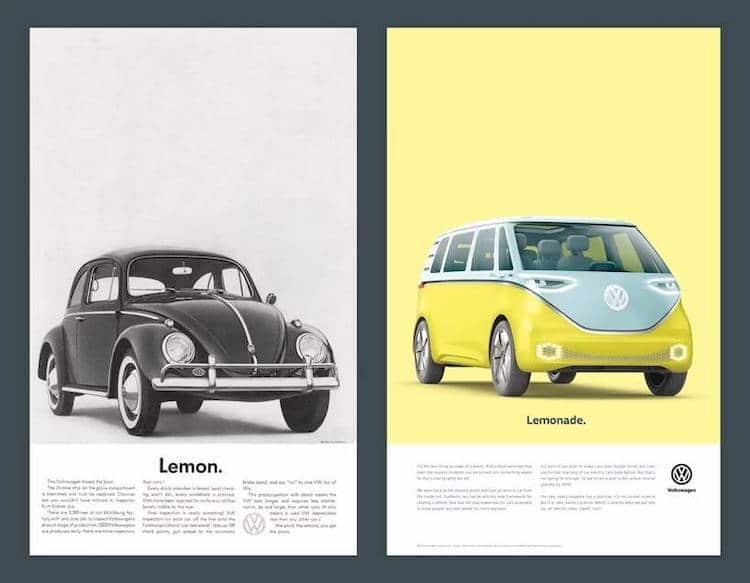 There has been speculation since 2017 of the iconic Volkswagen Microbus eventually being back in production, and now it's finally true. With the advent of an ad campaign called Rebirth, the reimagined Microbus—called the I.D. Buzz—is getting closer to market, boasting an eco-friendly twist: it's electric.

Ad agency Johannes Leonardo came up with a multi-platform campaign that debuted during game three of the NBA finals on June 5, 2019. The commercial, titled Hello Light, chooses to acknowledge Volkswagen’s mired past, referencing the scrutiny that the German carmaker faced thanks to their 2015 emissions scandal, in which they installed software on diesel vehicles that made it possible for them to cheat emission tests in the US. Much of the nearly two-minute commercial is kept in the dark and acts as a metaphor for the company's grave missteps. Eventually, glimpses of a Volkswagen automobile designer emerge from the shadows and we see the light—coming in the form of a dazzling electric I.D. Buzz Microbus.

In addition to Hello Light, the company is releasing a Drive Bigger phase of their advertising to launch on June 11, 2019. This stage will be seen in print, digital, social, and on television. Its visual design and text reference the memorable Volkswagen ads from the mid-20th century. In one side-by-side comparison, the old VW Beetle is next to the company’s future—electric vehicles.

The mood of Rebirth is overwhelmingly positive with a focus on atonement for past mistakes. The copy for Drive Bigger speaks to how the company has changed since the scandal four years ago, most notably highlighting plans for an assembly plant in Chattanooga, Tennessee where they'll manufacture the electric vehicles. “This campaign is for all of those we disappointed, all of those who stayed with us, those who worked like crazy to keep us moving forward and for all of those who stopped caring,” explains Scott Keogh, President and CEO of Volkswagen Group of America. “We have a responsibility to do better, to be greater and we intend to shoulder that responsibility.”

In addition to the commercial, the company is releasing a Drive Bigger phase of their campaign with ads that reference the memorable Volkswagen print collateral of the mid 20th century. 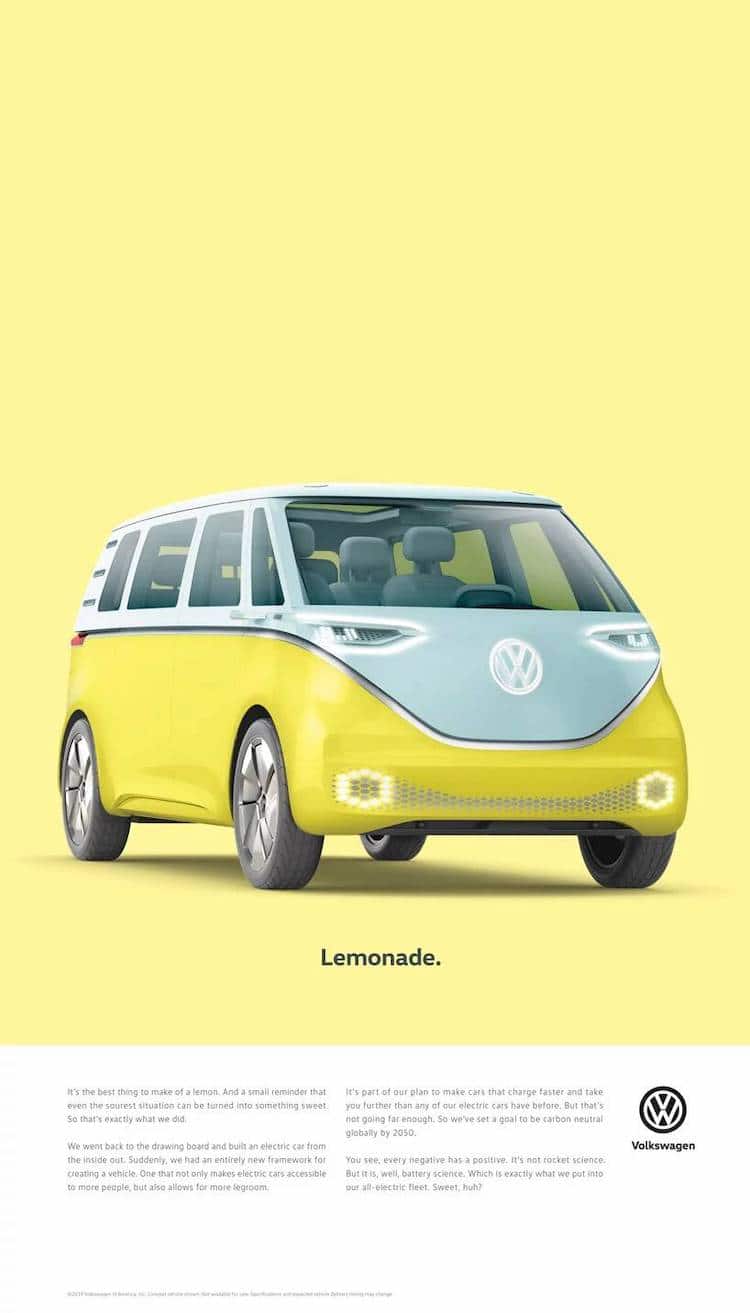 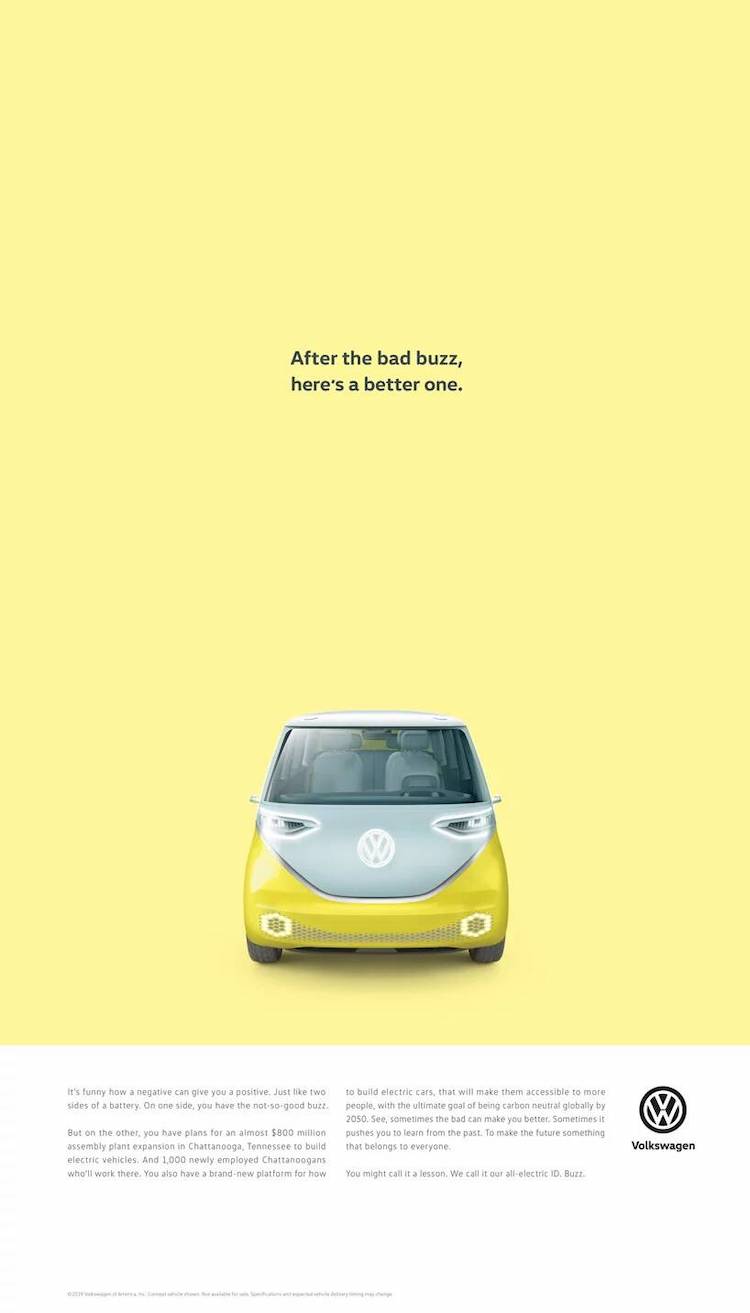 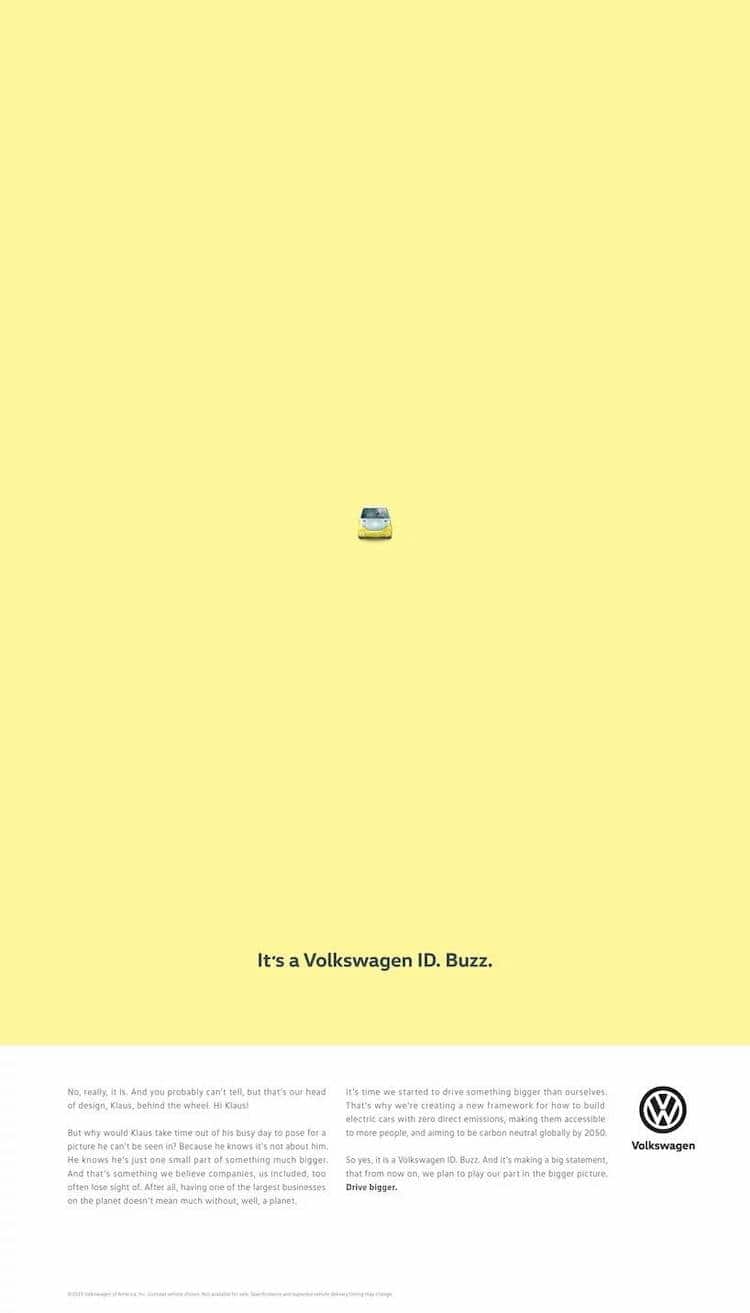