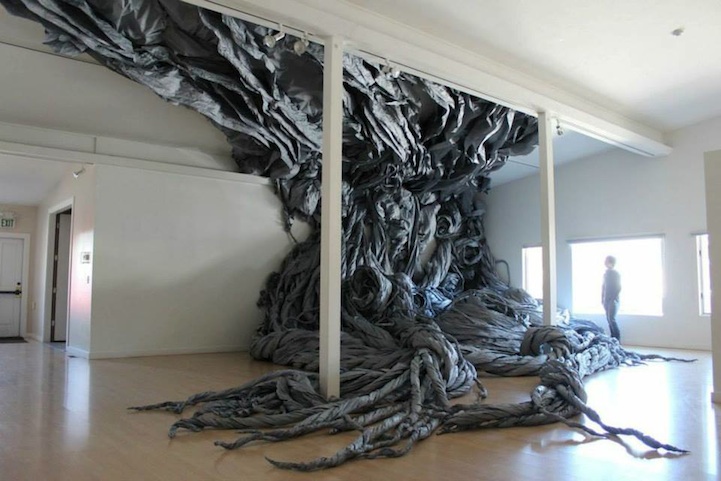 Since 2005, Brooklyn-based artists Wade Kavanaugh and Stephen B. Nguyen have collaborated on some massive works using paper as their main medium. They first came to our attention about a year ago, when we wrote about their gigantic paper trees that seemed to burst through a ceiling. In 2012, they created a site-specific installation titled In Response to Shoshone Falls that reached over 20 feet in each direction. The beautiful blue work filled a room with twisted paper that looked like a mix between a stormy sea and gnarled trees. 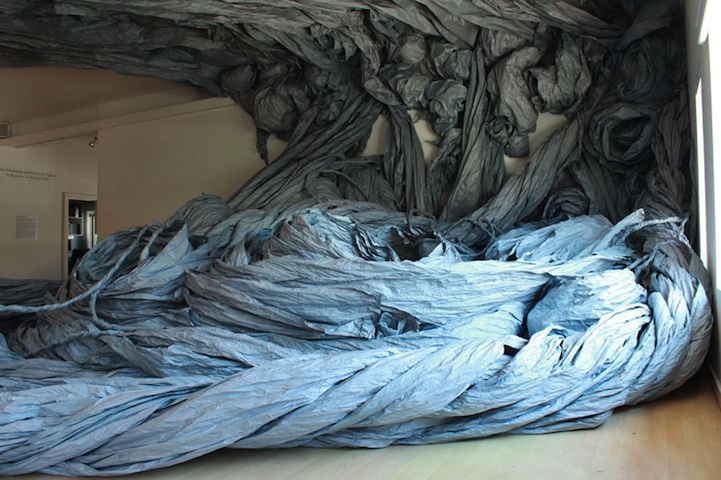 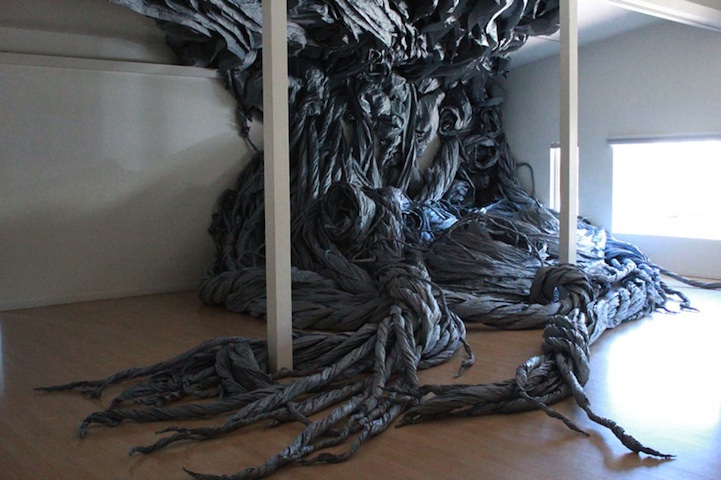 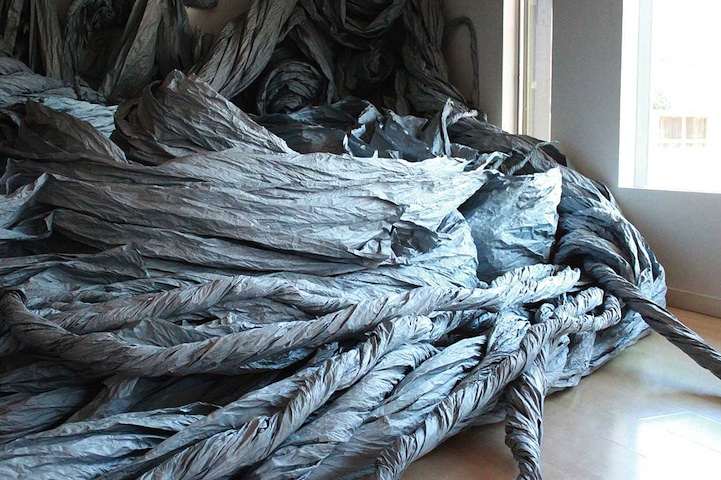 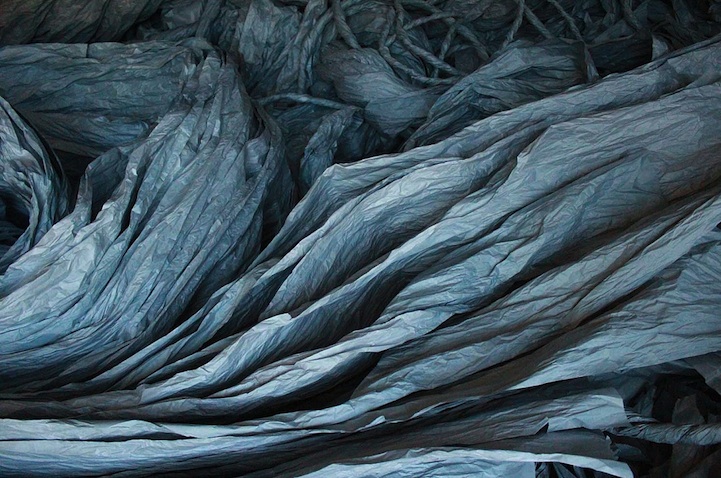 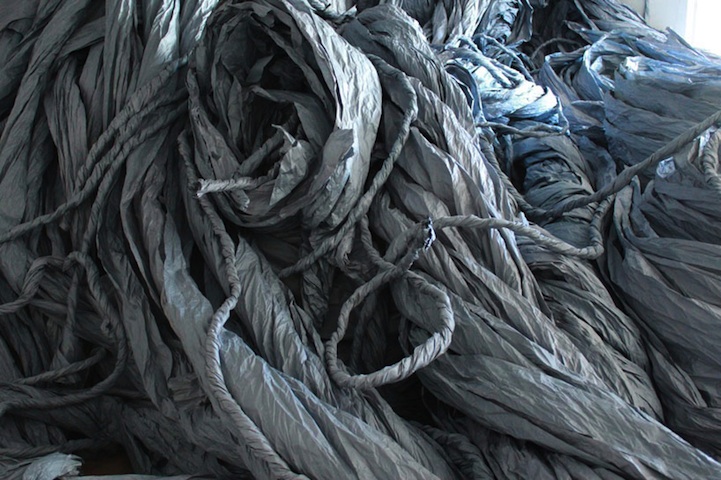 Wade and Stephen are now back with a new show starting August 17 through August 25. Called Tempest, it transforms a gallery at Southampton Center in New York into a sculptural drawing of the ocean floor during a violent storm. Like they do so well, the artists crumpled, twisted, cut and shaped colored paper into an impressive nature-inspired artwork or, in this case, “a massive churning abstraction that conjures the energy of a brutal sea storm.” You can read more about this sure-to-be exciting show, here. 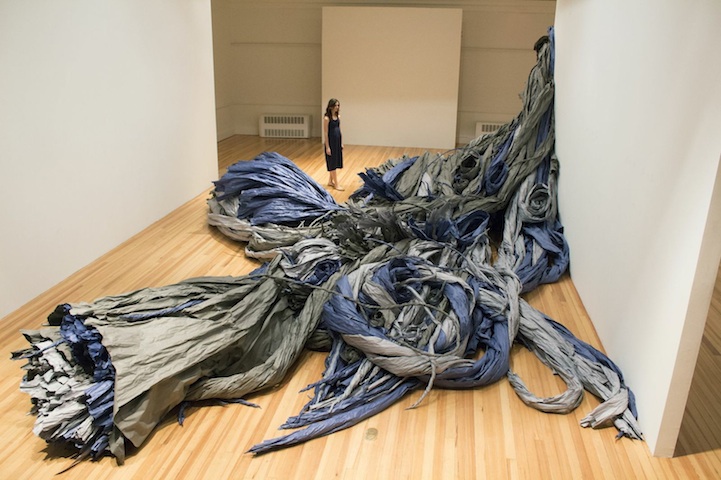 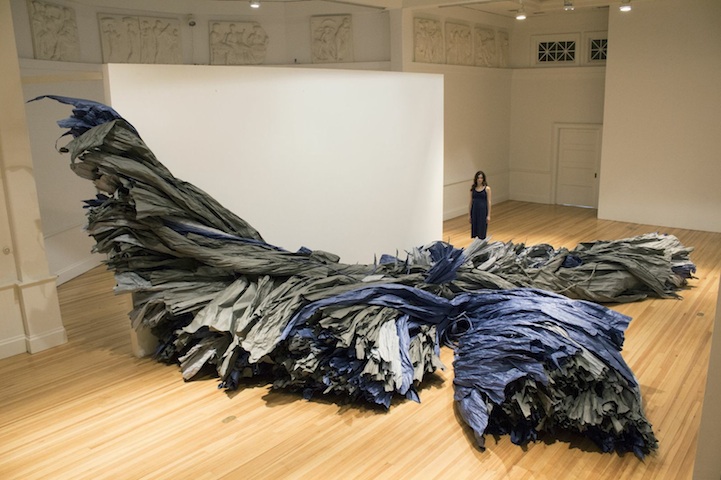 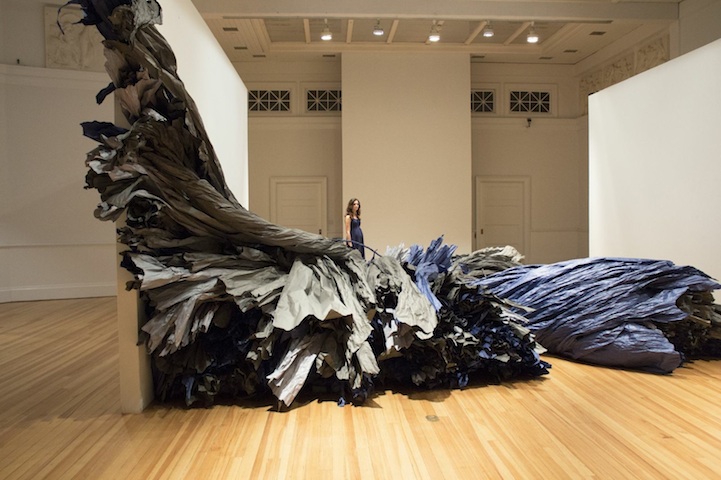 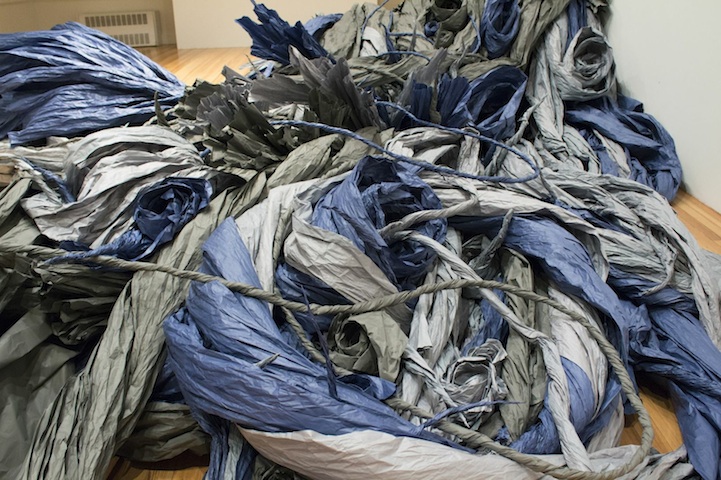