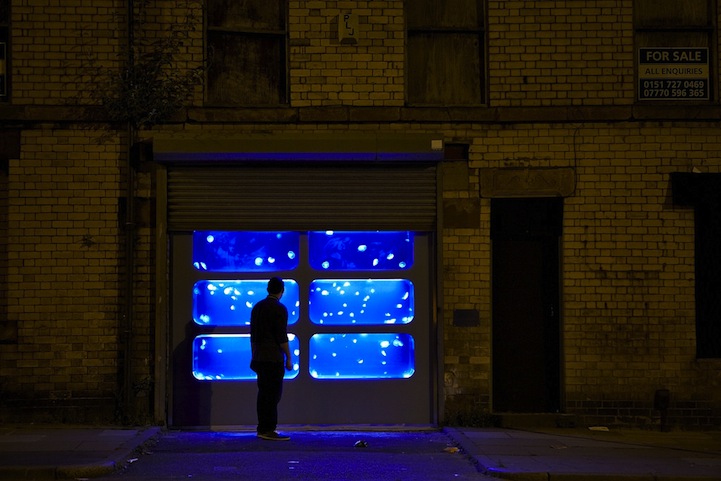 Artist team Walter Hugo & Zoniel recently surprised the city of Toxteth, Liverpool by installing this massive psychedelic aquarium tank behind a shutter in an old, abandoned building. Every night at 10pm, the shutter is raised and passing pedestrians are greeted with a large, glowing sea of jellyfish in quite the unexpected location!

The piece, entitled The Physical Possibility Of Inspiring Imagination In The Mind Of Somebody Living, was developed with the support of the Gazelli Art House in London and as part of the Liverpool Biennial. The artists did not announce the magical piece to any press but, rather, they simply revealed the project anonymously on the evening of June 26, 2014. Since that time, the duo has depended on word of mouth within the community to get the news out about the site-specific installation.

As part two of the project, a live-stream video, which faces out towards the street from inside the tank, is being projected onto the windows of the Gazelli Art House in London. The artists elaborate, “The enlarged visions of jellyfish can be seen floating through the London night, linking the two cities until [July 26, 2014]. If you look closely, you can often see cars go by and observers from the street in Toxteth gazing back at you through the installation.” 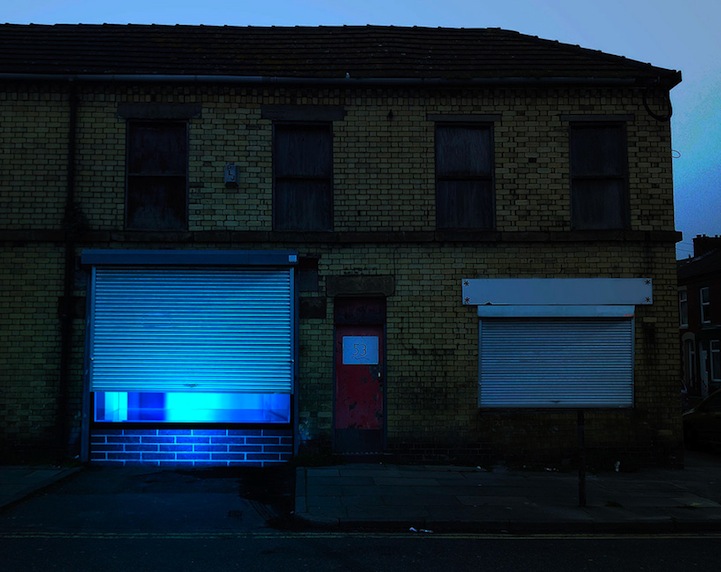 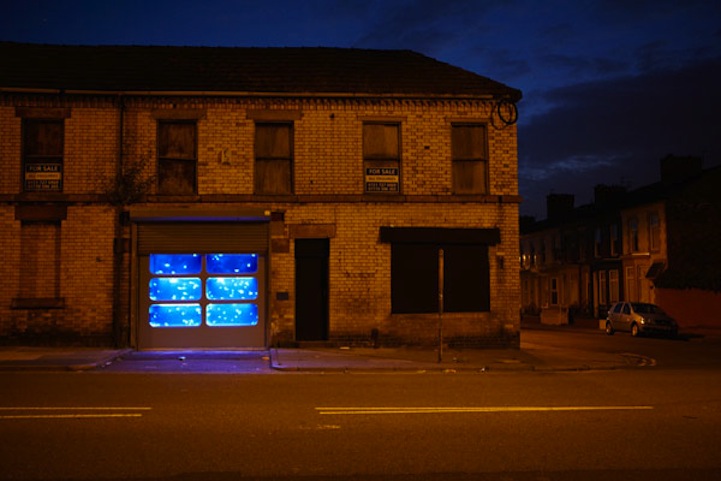 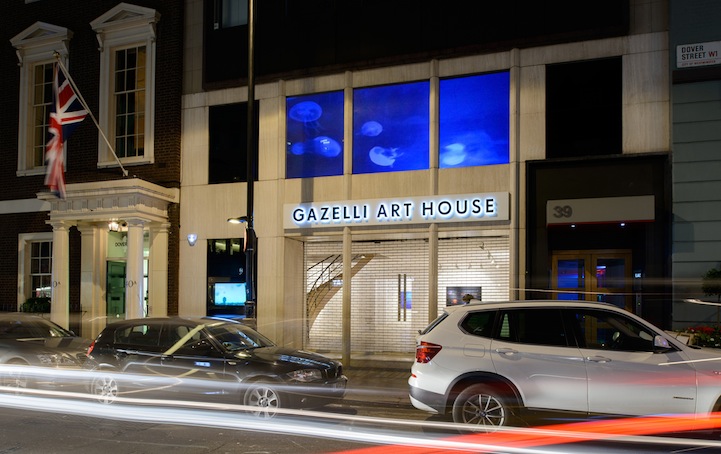 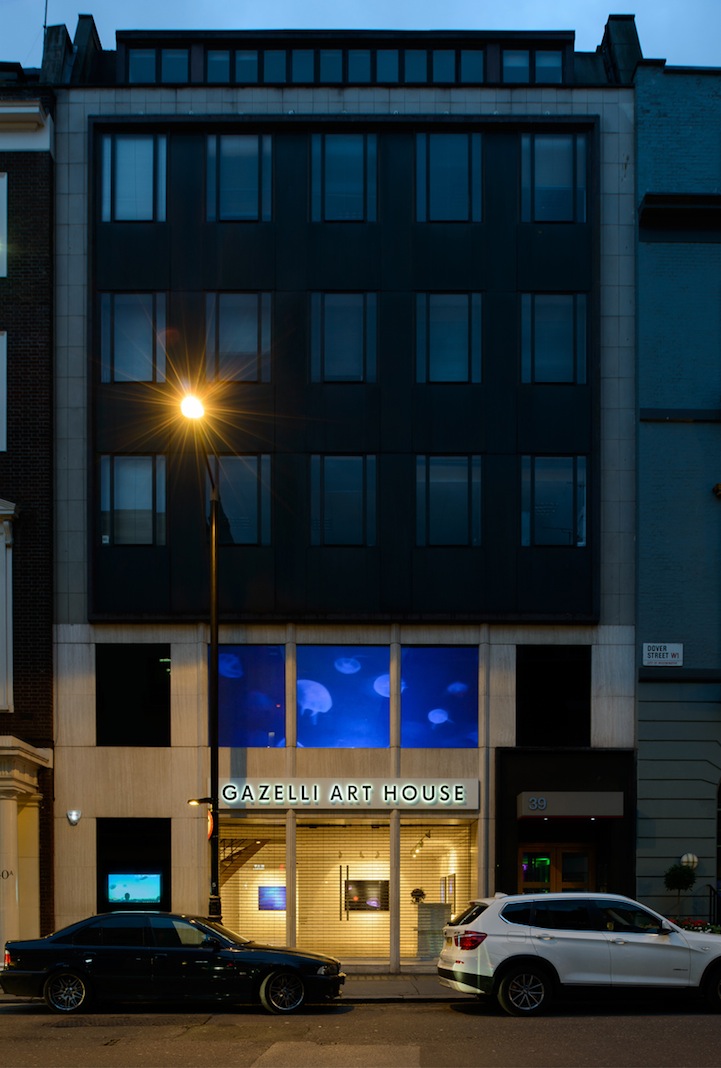 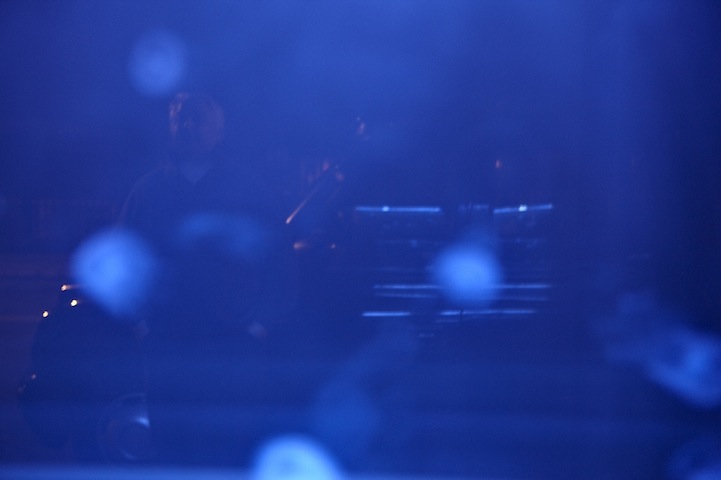 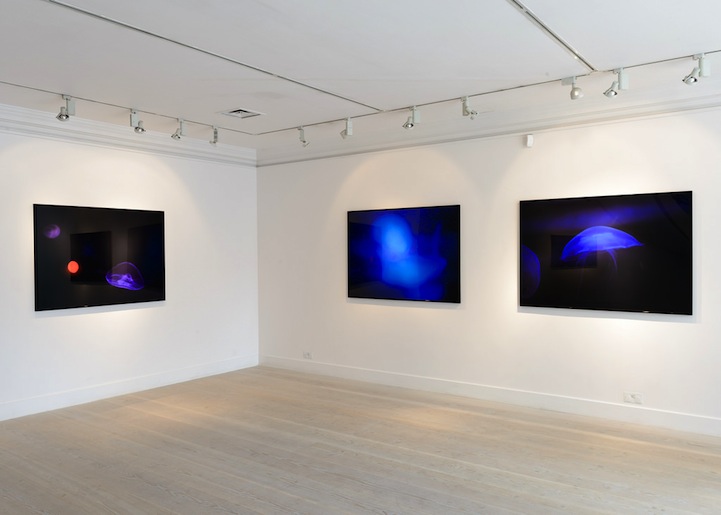 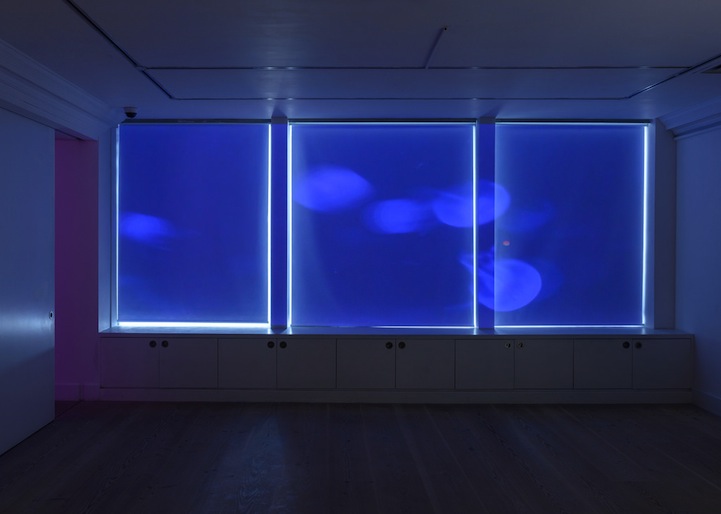