Innovative Cycling Desk Recharges Your Phone as You Pedal 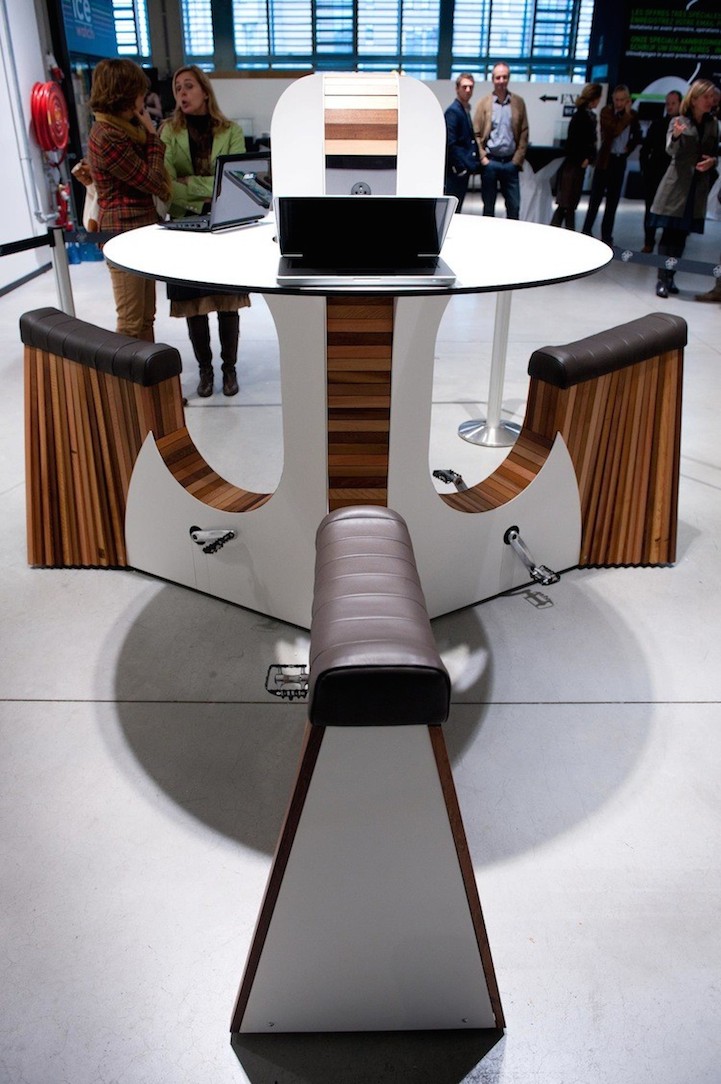 Exercise is a necessity, as is keeping our phones charged. The WeBike is an innovative way to do both at the same time; it's a sustainably-produced table, charger, and stationary bike rolled into one. Inventor Patricia Ceysens, a Flemish government minister, had the idea for it when she was working long hours and couldn't find the time to workout. She cobbled together a cycling/charging desk for herself, and not surprisingly, other people were interested in owning one. Ceysens then decided to start a company, WeWATT, to produce the furniture.

The sleek design includes a white tabletop and seating that's accented with local materials like scrap wood and leather from a sofa manufacturer. All bikes are made by hand, and WeWATT chose to construct them at a nearby factory that employs people with disabilities.

As of now, the WeBikes are mostly used in public spaces, like libraries and hotels, but the company will release an office-specific version of the bike later this year. It will have some added features such as a counter that tracks how much you've exercised that day. The system seems like a good solution for the average employee, allowing them to stay active and on top of their workload, too. 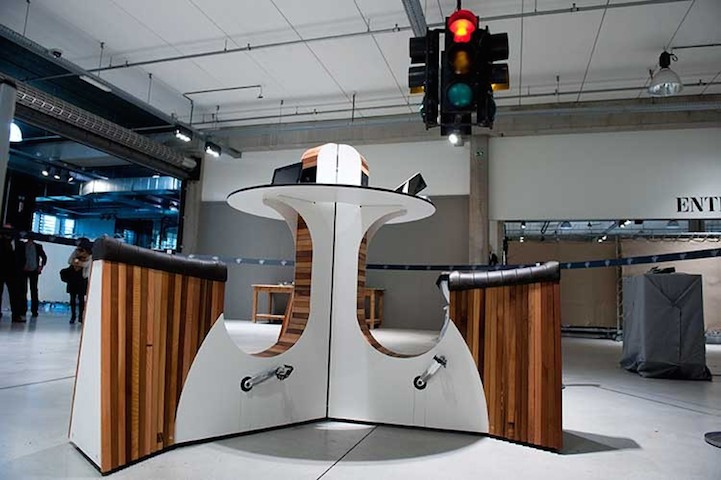 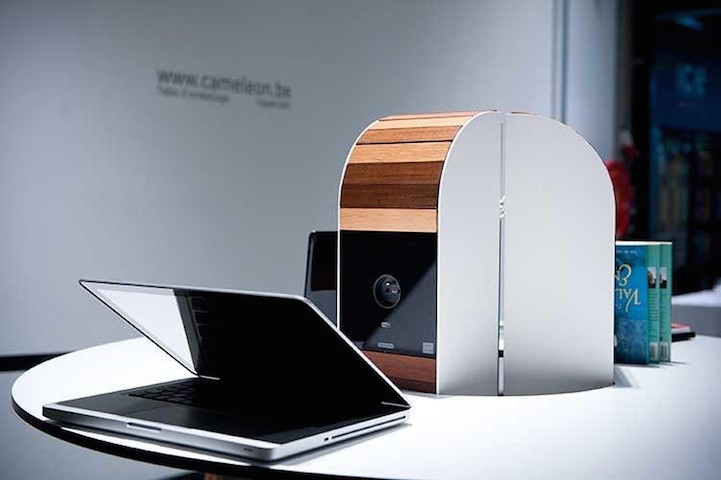 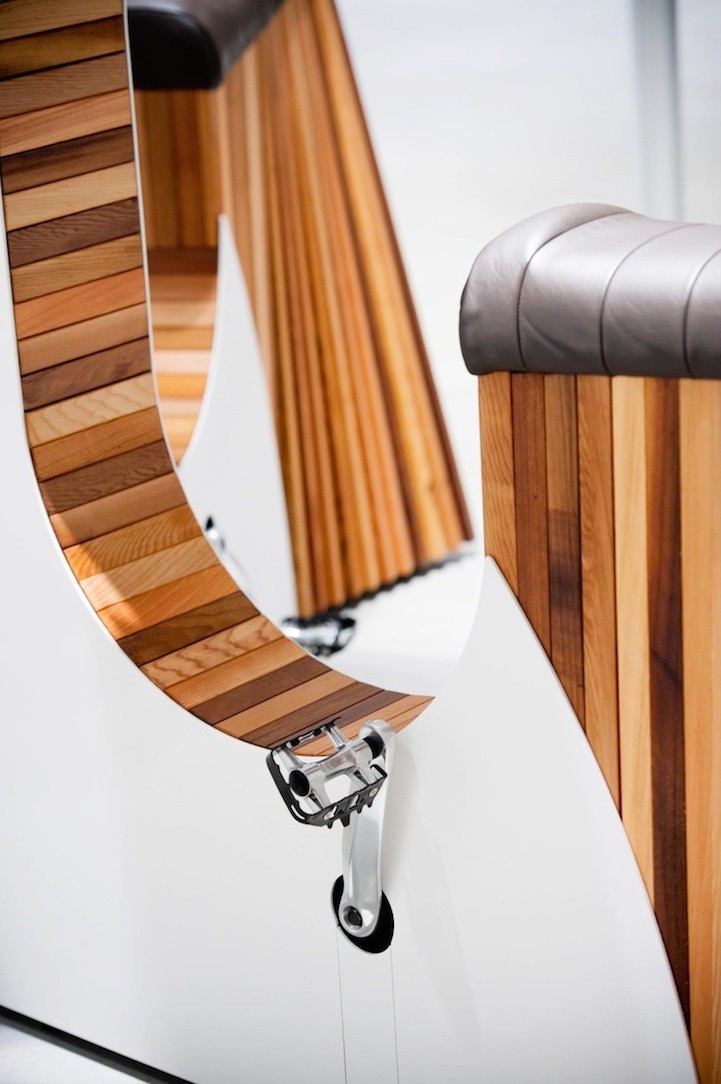 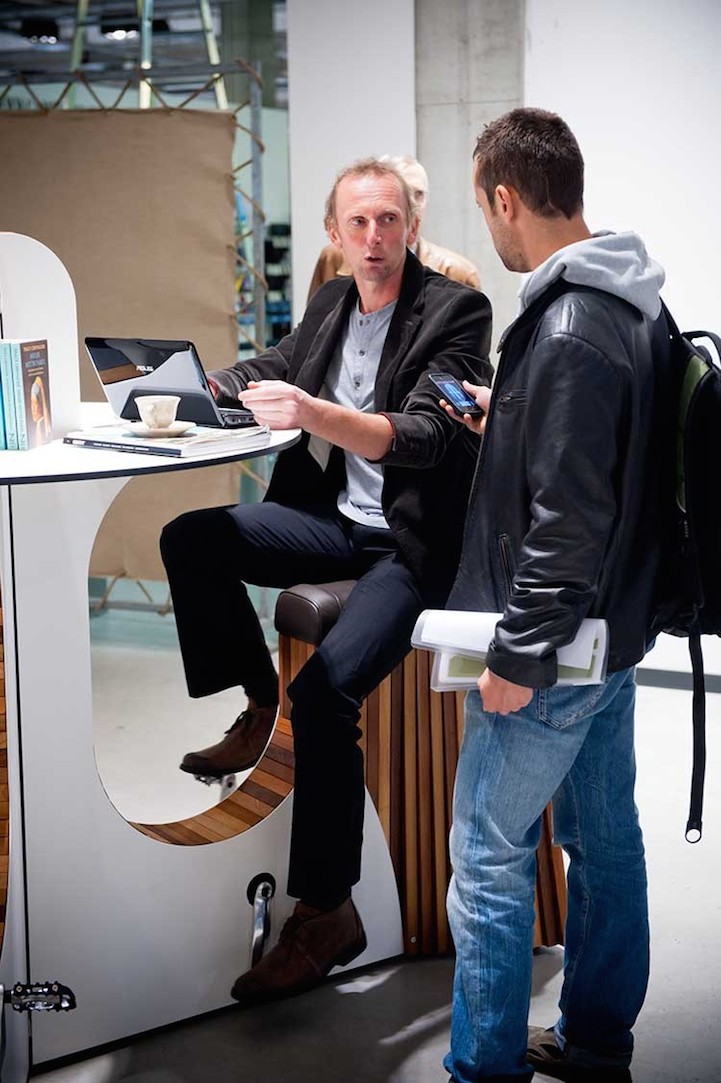 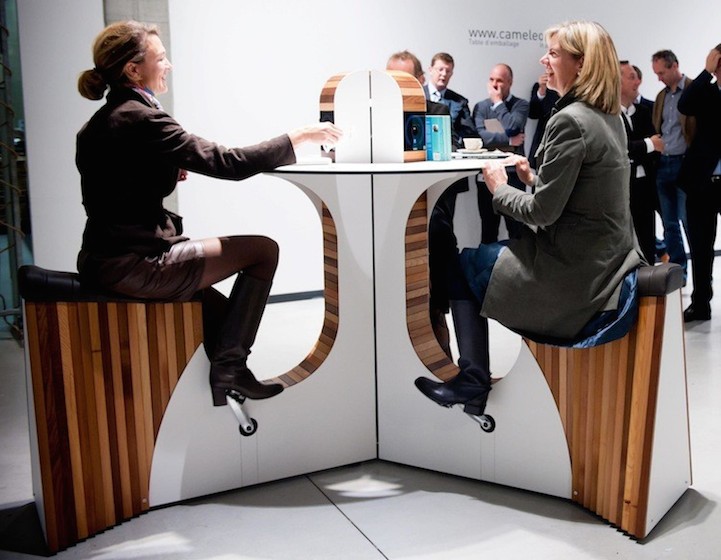