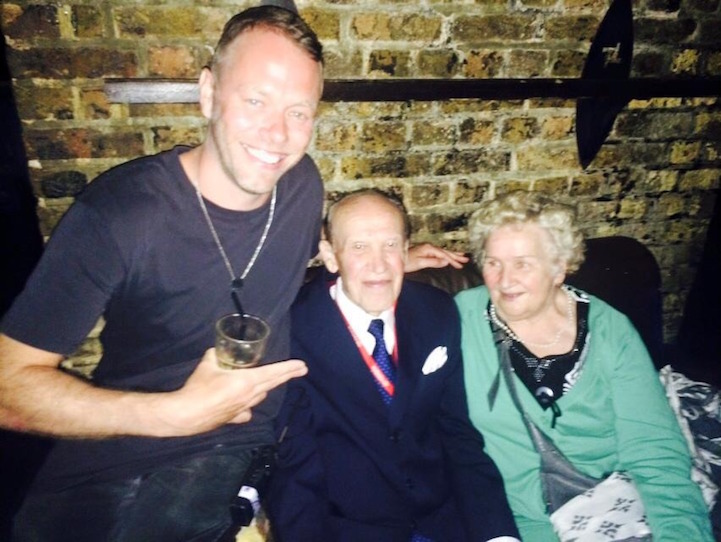 Nightclubs are typically the scenes of raucous debauchery rather than sweet romance, but this is not your average nightclub—and there was one particular pair recently partying at a club venue that wasn't your average couple of clubgoers, either.

On May 16, a silver-haired twosome turned up at WetYourSelf!, a weekly event for electric music enthusiasts at a London hotspot called Fabric. The popular party has drawn crowds every Sunday for six years straight, originally founded in 2007 as an “alternative to the mainstream paradigm of weekend clubbing…where music lovers could hear serious music, presented in an unpretentious way, in a comfortable environment, free from the clichés of weekend clubbing.”

Though the event series might be slightly unconventional, founder Jacob Husley and his co-founders Peter Pixzel and Cormac don't typically expect attendees quite as out-of-the-box as this elderly pair, who were in their late seventies or early eighties. According to Husley's Facebook post, they were visiting from Poland and purchased tickets to the club after reading a newspaper review. They arrived right at opening time and were planning to take the tube home at sunrise when the rave wound down.

Husley explains how things played out: “I told them they had free bar, 2 shots of tequila to start, but after that asked if they could have cups of tea 🙂 they were on the dancefloor doing ballroom type dancing, although not too long as she was using a crutch and didn't walk to well… They stayed until 5am and we convinced them to take our offer of a free taxi home instead of waiting for the tube.”

The adorable duo taught fellow clubbers a thing or two about how to remain young at heart: stay playful, be adventurous, and live life on your own terms. Age is nothing but a number, and though the club might close at 6am, youthful fun has no limit, especially with a loved one by your side.