The word gargoyle, or gargouille, is derived from gorge, the French word for throat. This is because a true gargoyle has a hollow neck, attached at one side to the building's gutter system. When it rains, water flows from the roof into the gutter, which leads the run-off into the gargoyle. The water passes through the pipe-like stone structure, and then dramatically cascades out of the creature's open mouth.

Though theatrical, this fascinating phenomenon serves a more functional purpose. By directing rainwater away from the building, the gargoyle helps prevent damage to walls and the roof's masonry, which, during the Gothic period, became increasingly elaborate. Thus, in order to move the water as far away from the façade as possible, gargoyles are typically horizontally-oriented, setting them apart from the upright grotesques. 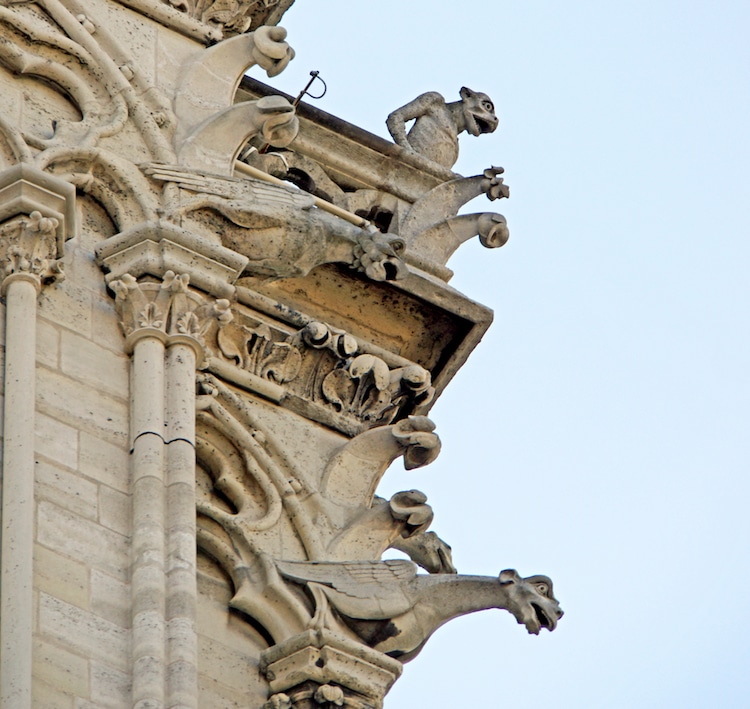 Gargoyle-like structures were employed in ancient cultures, with the style and intention of these works varying according to period and place.

In ancient Egypt, gargoyles adorned the roofs of temples and took the form of lion heads. Unlike Gothic gargoyles, these sculptures did not exist to prevent water damage; instead, they were likely installed to keep the temples safe from the vengeful rains of Seth, a god associated with chaos.

Similarly, in ancient Rome and Greece, gargoyles inspired by mythological animals and chimera were carved into places of worship. Most notably, at the temple of Zeus in Olympia, a collection of marble lion heads has served as spouts for centuries. 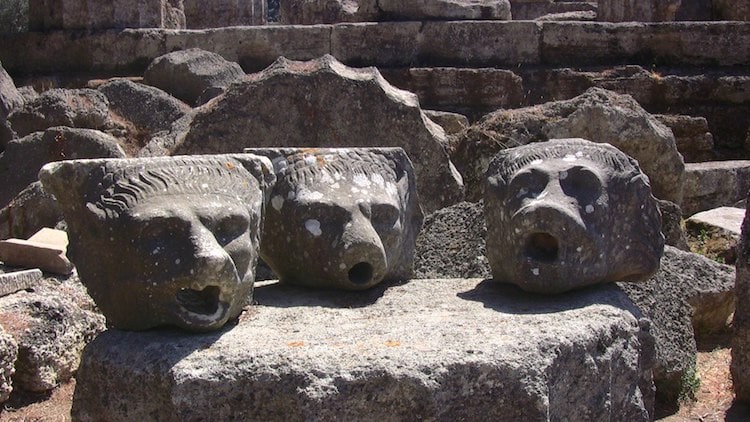 Undoubtedly influenced by these age-old examples, architects began incorporating gargoyles into their designs during the Middle Ages. On top of these ancient models, Gothic gargoyles were also inspired by French folklore.

According to legend, Saint Romain—the bishop of Rouen in the 7th century—saved townspeople from the terror of a fire-breathing beast named La Gargouille. Though the monster was captured by Romain and burned at the stake, its head and neck mysteriously remained intact. Romain decided to nail the creature's severed head to the church, where it served as a waterspout—and a terrifying trophy—for years to come. 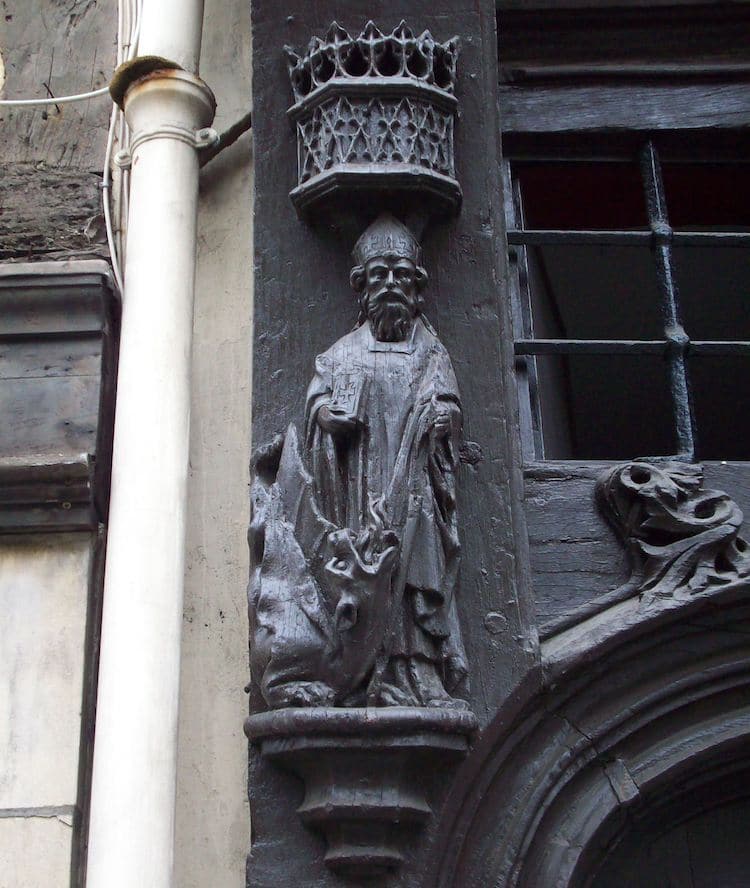 A statue of Saint Romain with La Gargouille at his feet (Photo: Giogo via Wikimedia Commons CC BY-SA 3.0)

Today, gargoyles are celebrated for their clever engineering and distinctively Gothic appearance. Though often confused with grotesques, the gargoyle remains one of the most popular sculptures and awe-inspiring architectural elements of Medieval Europe. 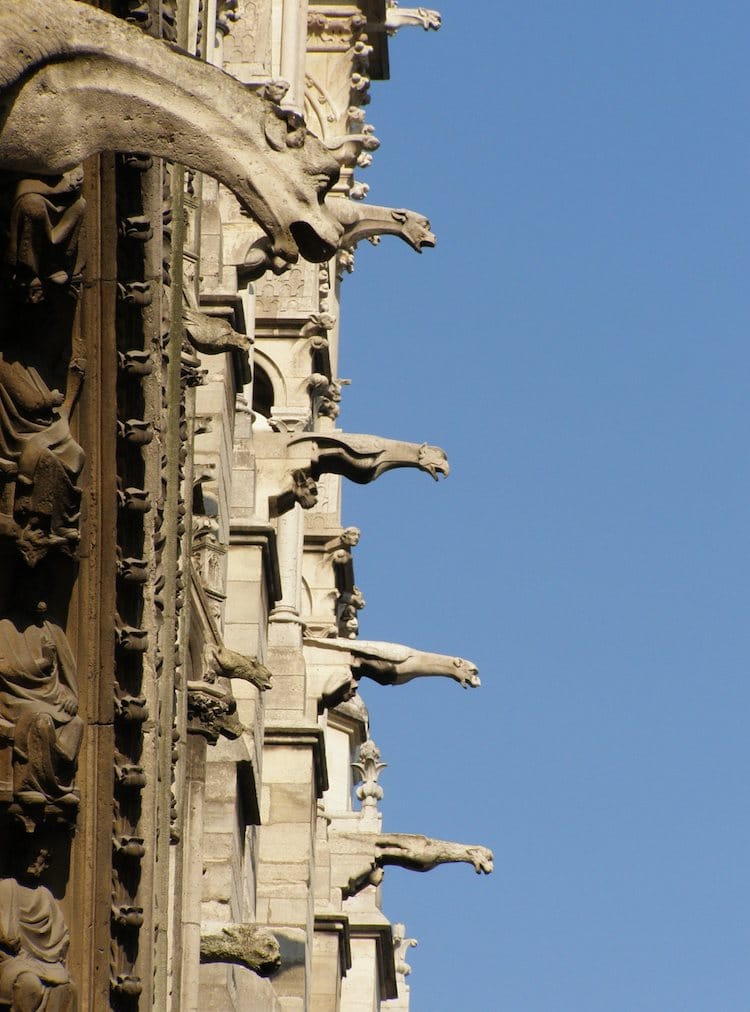