Many customs have come to define our modern idea of Mardi Gras. Here, we take a look at some of the most significant traditions associated with the celebration. 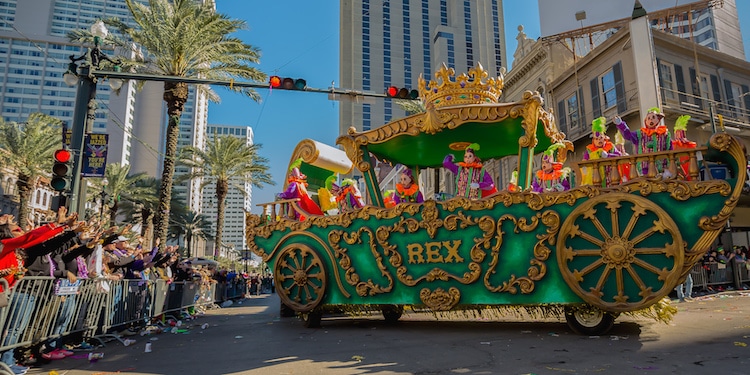 The first Mardi Gras parade occurred in New Orleans on Feb. 24, 1857.  This event was put on by a club of businessman called the Mistick Krewe of Comus (a “krewe” is a social organization responsible for the Mardi Gras festivities). It featured music, floats, a fire-lit procession called a flambeaux (“torches” in French), and green, gold, and purple decorations. As the Mistick Krewe of Comus was a secret society, they wore masks to hide their identities.

Over the coming years, new krewes emerged, culminating in more Mardi Gras parades and extravagant masquerade balls. While the public was invited to attend the former, the balls were exclusive, with only krewe members and their guests allowed to attend.

Today, several krewes—including three “Super Krewes”—put on annual parades and balls in New Orleans. At the parades, you can expect to find extravagant floats, jubilant music, and throws—trinkets like plastic beads and doubloons that are tossed into the audience. Balls remain mostly private, keeping Mardi Gras' mystery alive. 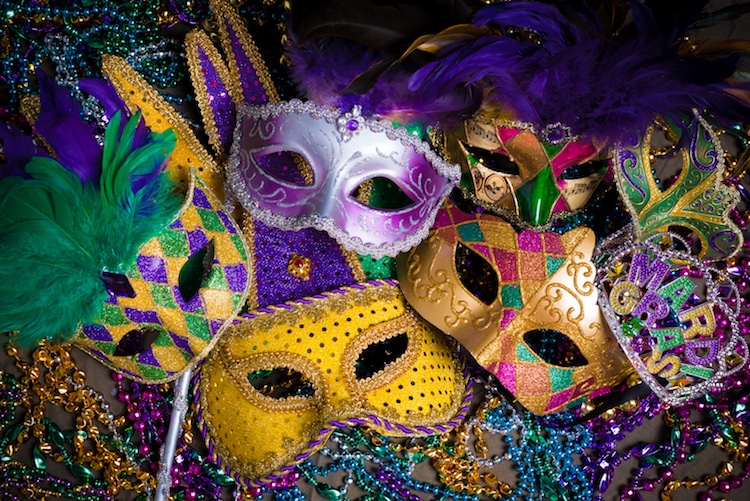 The tradition of donning masks as a method of escapism is an inherent part of New Orleans' Mardi Gras. However, its origins can be found in Carnival celebrations across Europe—specifically, in Venice, Italy.

Historically, people in Venice wore masks between the Feast of St. Stephen on December 26 and midnight on Shrove Tuesday. Due to the popular demand of the craft, mascherari (“mask makers”) occupied a comfortable place in society. In addition to a guild, they even had their own set of laws.

Venetian—and, in turn, Mardi Gras masks—come in different styles. Among the most popular are the Bauta, which covers the whole face; the Columbina, which conceals half; and the Medico della Peste, which is characterized by its long, “plague doctor” beak. In each case, the masks are renowned for their beautiful embellishments, which range from paint and feathers to crystals and gold leaf. 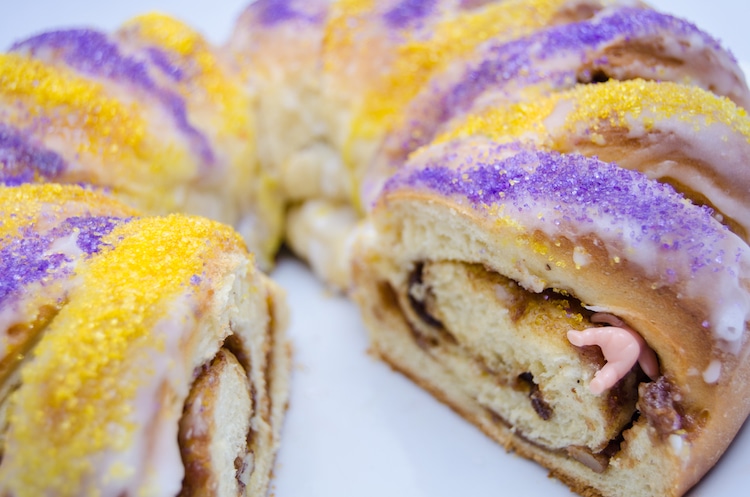 Another custom derived from Europe is the king cake. This traditional dessert originated in France, where it is known as the galette des rois. Inspired by the three kings—a trio who, according to the Bible, brought gifts to the newborn baby Jesus—the king cake has been adapted by countries all over the world, becoming an intrinsic element of Epiphany.

While the dough, decorations, and flavors vary from region to region, most king cakes have one thing in common: they traditionally hide a fève, or “bean” Whoever finds this bean (often a small figurine) in their slice of cake wins, and is crowned “king” for the day.

In the United States, the king cake is eaten not on Epiphany, but during the Mardi Gras festivities. It is usually ring-shaped or twisted, and is dusted with green, gold, and purple sugar. The fève is usually a small porcelain or plastic figurine of a baby, believed to represent Jesus. 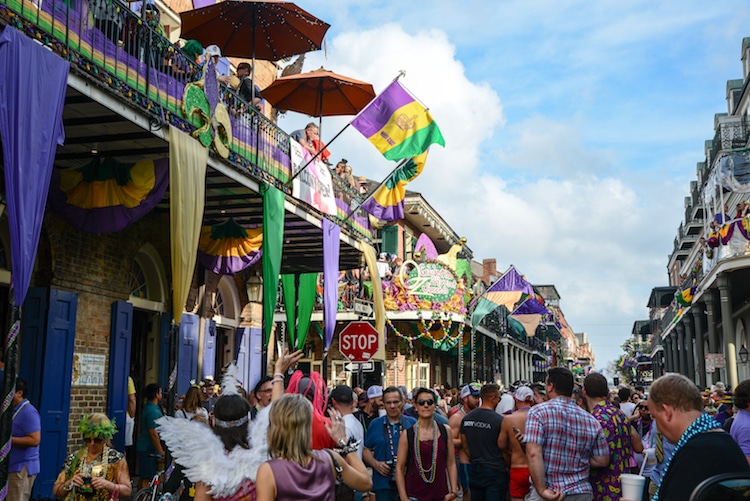 While Carnival remains an important festival in countries around the world, Mardi Gras has evolved into a New Orleans treasure. Every year, millions of people visit the city, where they can catch a glimpse of its dozens of parades, don an Italian-inspired mask, and devour a delicious king cake in order to laissez les bons temps rouler (“let the good times roll”)!