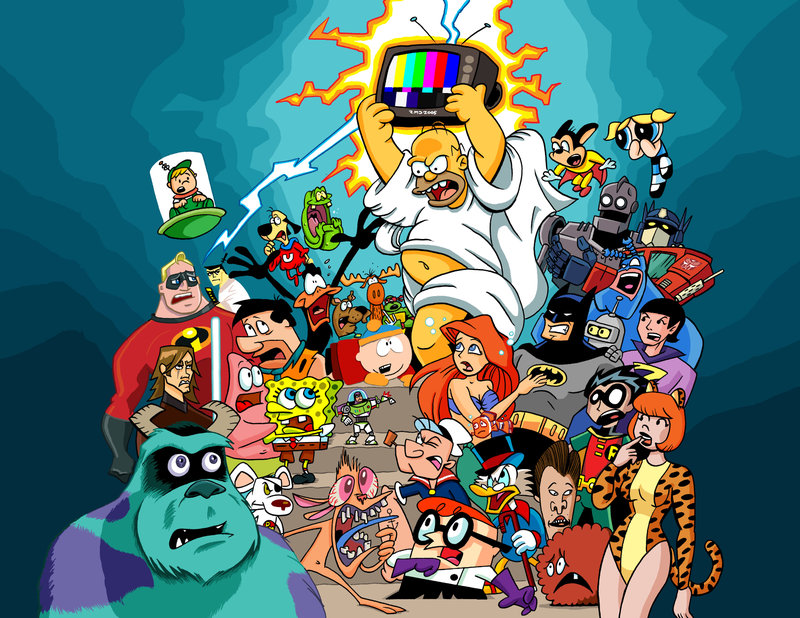 What would happen if you tore down the imaginary walls between cartoon and comic book characters? Would chaos ensue or would peace reign? Would they all get along or would they be constantly battling it out? Artist Ryan Dunlavey provides some answers though his hilarious artwork. He's taken superheroes, villains, and even 80's stars and put them all together in one room. (Is it just me or can you feel the tension?) 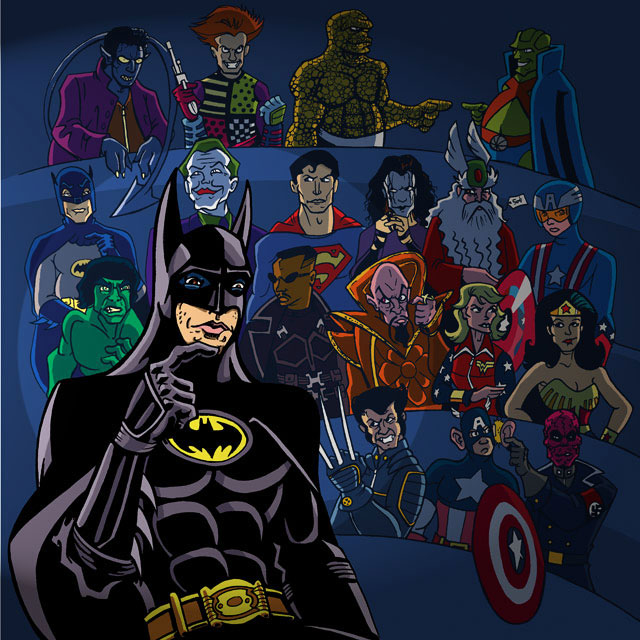 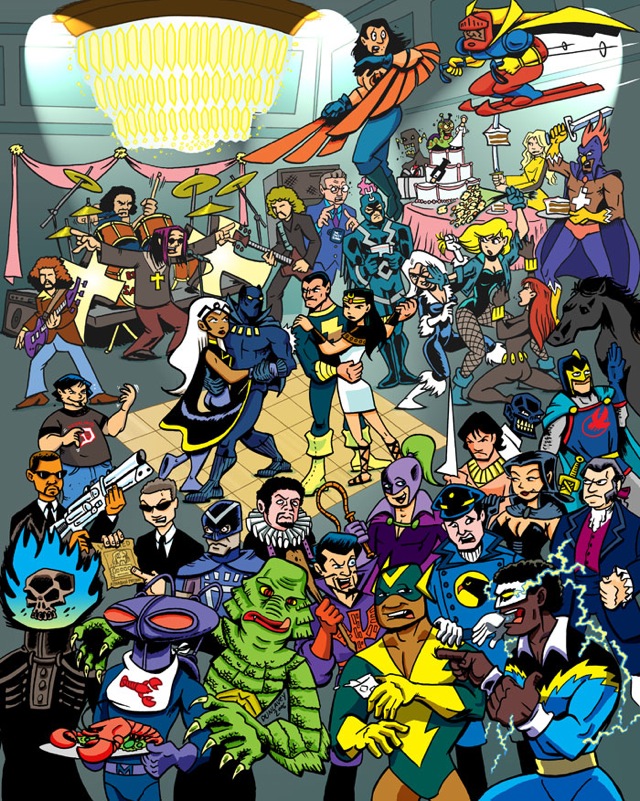 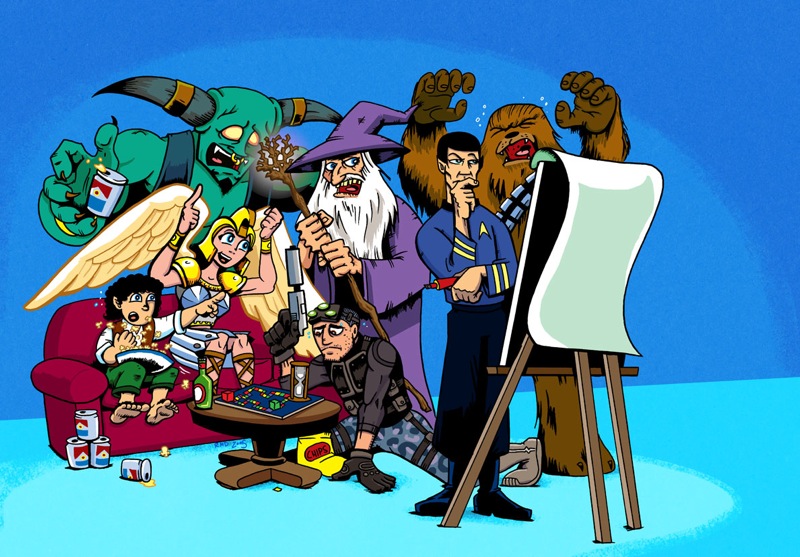 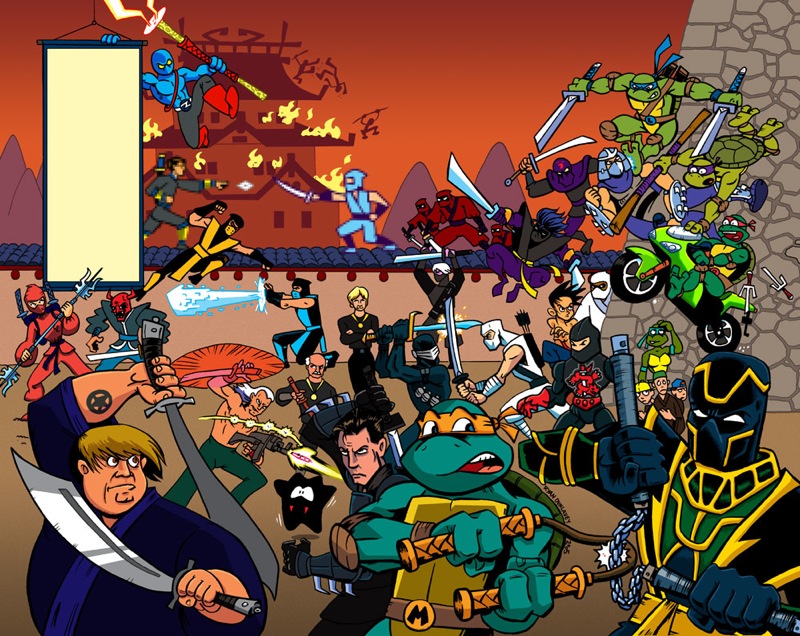 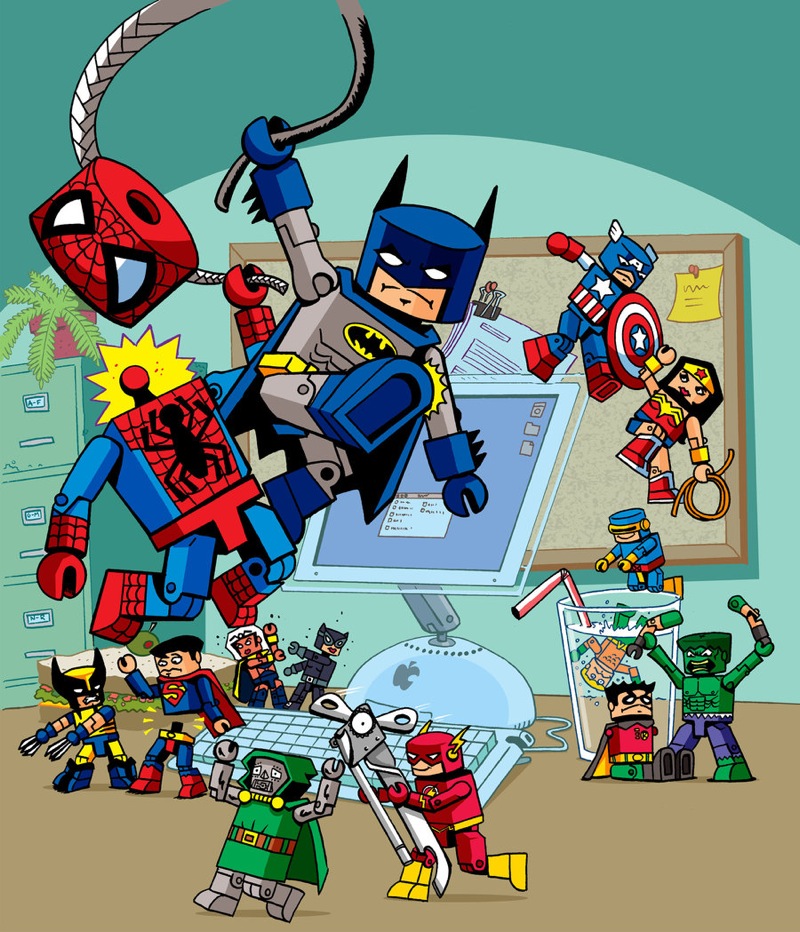 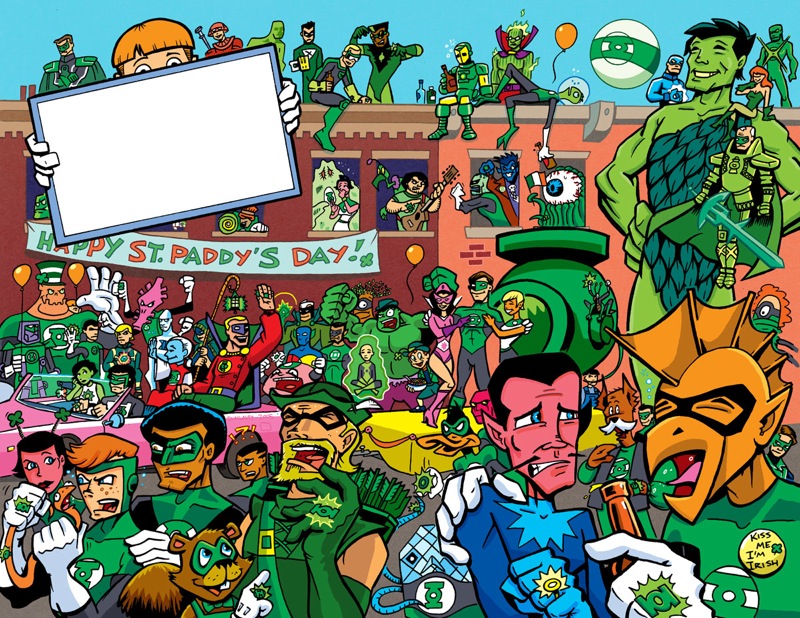 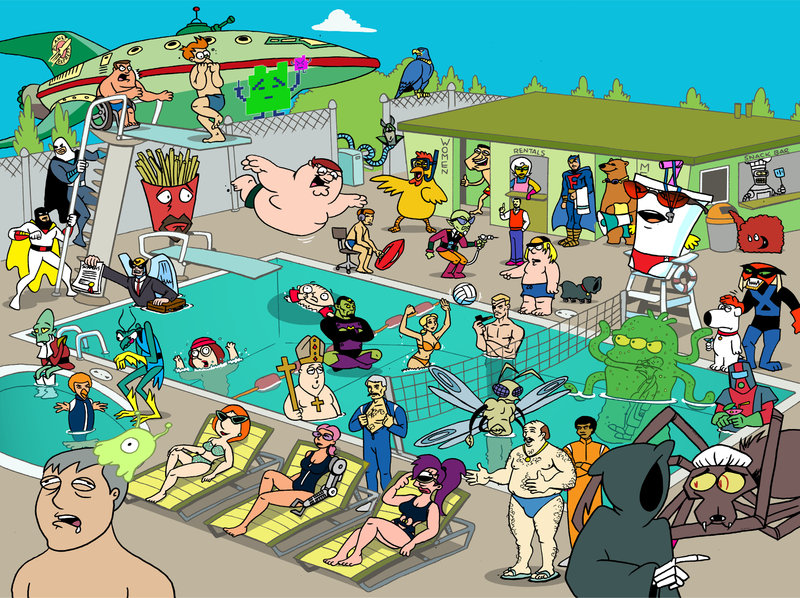 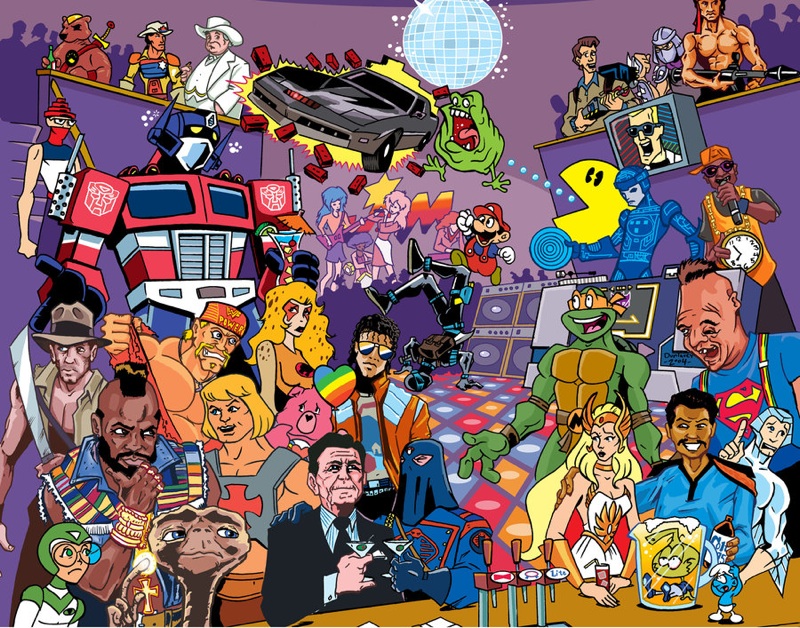 Ryan Dunlavey is a freelance artist based in New York City. He was educated in traditional “analog” illustration and animation techniques at Syracuse University and New York City's School of Visual Arts. He's also the co-creator and artist of the award-winning Action Philosophers comic book series.
Ryan Dunlavey