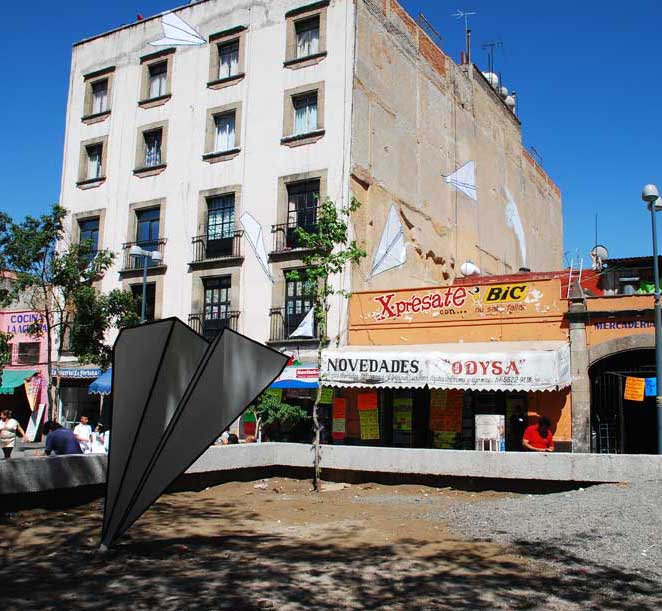 Who let the giants out? In one of the most creative pieces of street art we've seen in a very long time, giant paper planes are seen thrown off the side of a building. One happens to land and then magically transforms into a sculpture made of metal and fiberglass!

Called Avionazo en la Plazuela (or Plane Crash in the Square), this was created by Said Dokins in the Plaza del Aguilita in Mxico City.

“This intervention is a way to make a satirical reflection on the mechanisms of threat and power in which we are engaged, the political farces and scenarios created at the expense of the suffering and disruption of others. You may be asked for some within spheres of power, to destroy people, buildings, communities, as if it were a game, the movement of a chess piece or throw a dart on a cork.” – Said Dokins 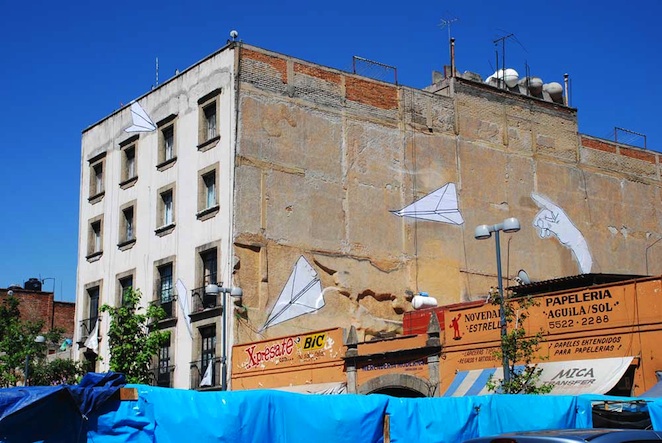 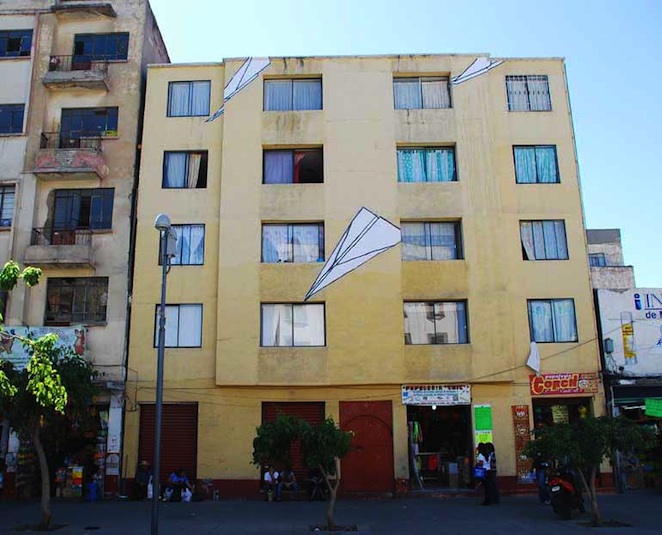 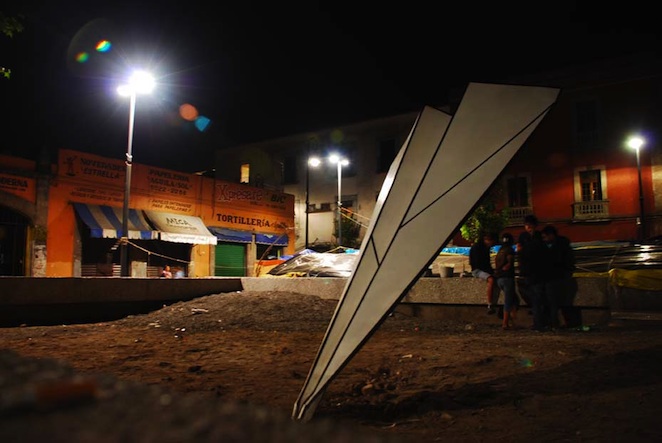