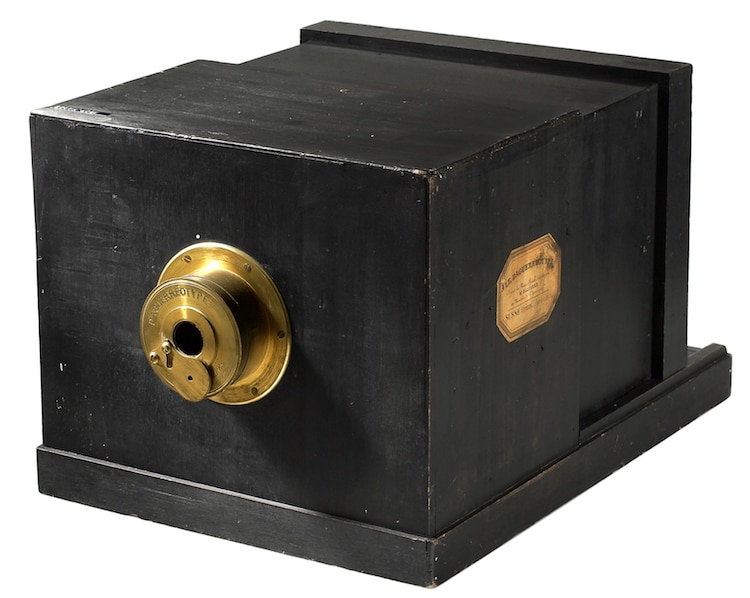 In 1829, Niépce joined forces with Louis Daguerre, a French artist and photographer. Together they continued to experiment and refine the process for taking photographs. Several days of exposure were needed to develop Niépce's bitumen-soaked plates. Surely there had to be a better way. After Niécpe's death in 1833, Daguerre continued to hone his process and eventually developed the daguerreotype.

Carrying his name, it would be the most commonly used photographic method for the next twenty years. The process was introduced publicly in 1839 and called for a sheet of silver-plated copper to be polished to a mirror surface. The plate would be treated with iodine vapor to make it light sensitive and after exposure in the camera, would be exposed to mercury vapor and fixed with sodium chloride. Using this method, Daguerre was responsible for taking the first photograph to include human beings.

Daguerre's methodology spread rapidly and by 1840, Alexander Wolcott was issued the first American patent in photography for his daguerreotype camera. Still, the process was expensive, limiting photography to professionals and make a photograph a precious one of a kind keepsake for an elite few. 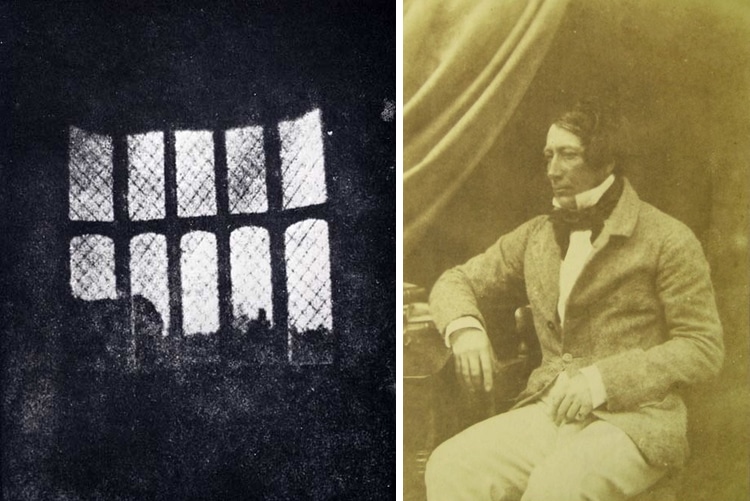 The Invention of the Photo Negative

To this point, photographs were still one-off items, printed originals that could not be reproduced. This all changed thanks to William Henry Fox Talbot. Scientist and inventor, the Brit developed light-sensitive paper and a process known as calotype, which would lay the foundation of photography up to the digital age.

Around the same time that Daguerre was perfecting his process, Fox Talbot had a different method for quick and accessible photographs. It started with his “salted paper,” where he soaked ordinary writing paper in a weak solution of ordinary table salt. Then, by brushing one side with a silver nitrate solution, he effectively produced a light-sensitive paper that could be used for photograms or capturing images from the lens of a camera. Though it still took a few hours of exposure to produce a legible image, the inventor was able to come up with a method to fix the photo print. This was a huge step that hadn't previously been accomplished and allowed copies of the photo to be printed from simply placing new light-sensitive paper against the fixed photograph—or negative.

By late 1840, Fox Talbot revealed his calotype process for developing photographs. With calotype, a latent image could be produced with just a few minutes of exposure if done in bright sunlight. This was a giant leap forward, as calotype also produced a negative that allowed for multiple replicas through contact printing—a true revolution in photography. 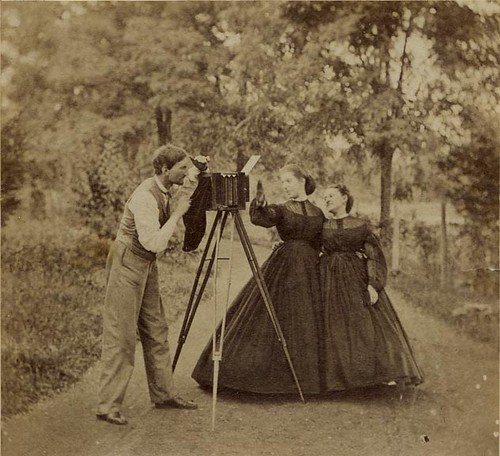 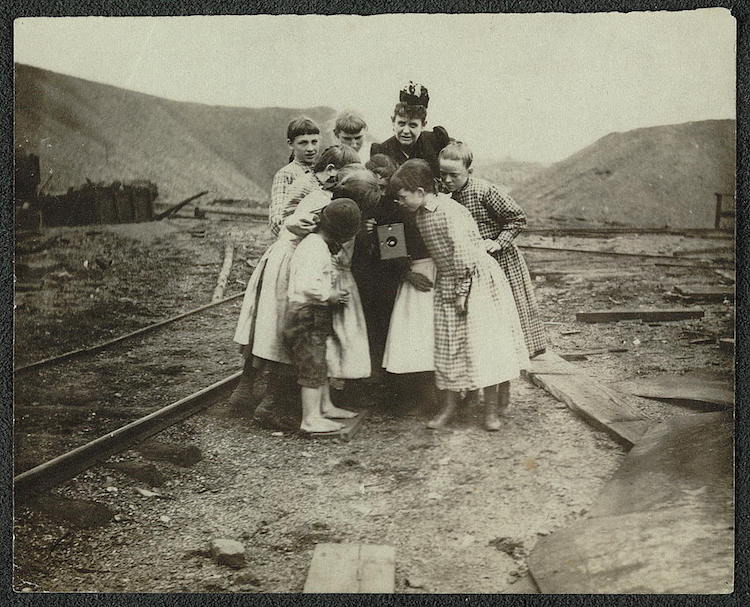 Frances Benjamin Johnston with a group of children looking at her Kodak camera, 1890. (Photo: Library of Congress)

If we want to look at how photographic cameras came into the hands of the public at large, it's impossible not to speak about George Eastman. In 1888, the photographer introduced the first Kodak Black camera, which benefitted from advances in technology. By this time, gelatin plates, which developed quickly, meant that people did not need a tripod for their cameras, and thus the first handheld cameras started being sold.

As opposed to other cameras, Eastman's Kodak was genius in its use of flexible film instead of the glass plates that were the norm. Rid of bulky plates, the Kodak was truly portable. Easy to use, it helped move photography from a strictly a profession to a hobby that amateurs could also enjoy. Kodak Black cameras were sold with the film already inside, and photographers simply mailed the entire camera to the Kodak headquarters in Rochester, New York to have their pictures developed and mailed back. 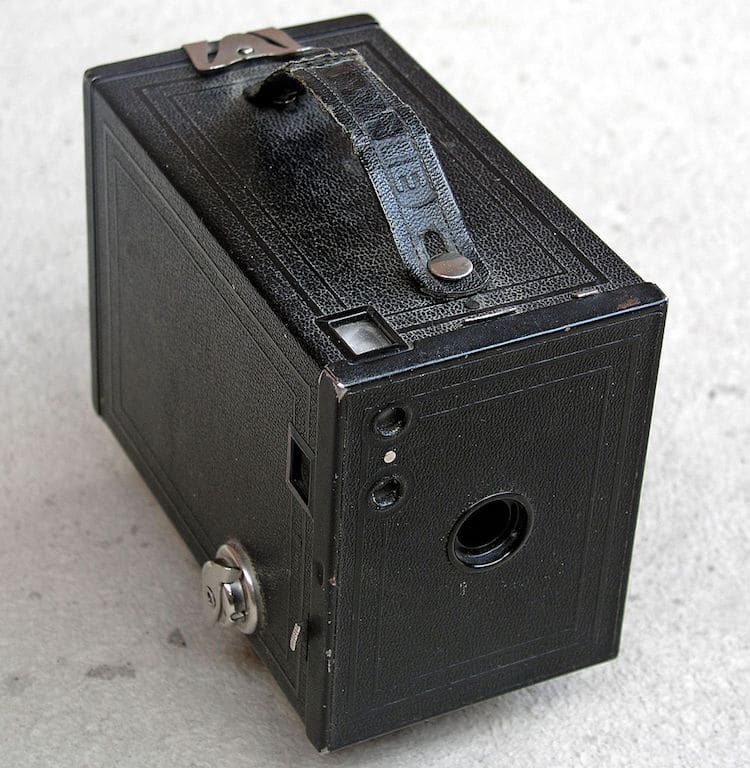 Kodak's beloved Brownie was introduced just two years after the original camera Eastman produced. Now, instead of coming preloaded, the Brownie came with a removable film container. Less expensive than the Kodak Black, coupled with the plus of not having to ship the entire camera to get your photos back, the Brownie caused a sensation and helped popularize amateur photography.

From the mid-19th century onwards, photo technology rapidly developed, as inventors pushed the envelop for how to take still images. From the early-20th century, things reached a peak, with the development of the compact camera through our current digital DSRLs. From glass plates to paper prints to digital imaging, the photo revolution's intention remains the same—to immortalize our world.

Oldest Known Photos of 20+ Beloved Cities Around the World