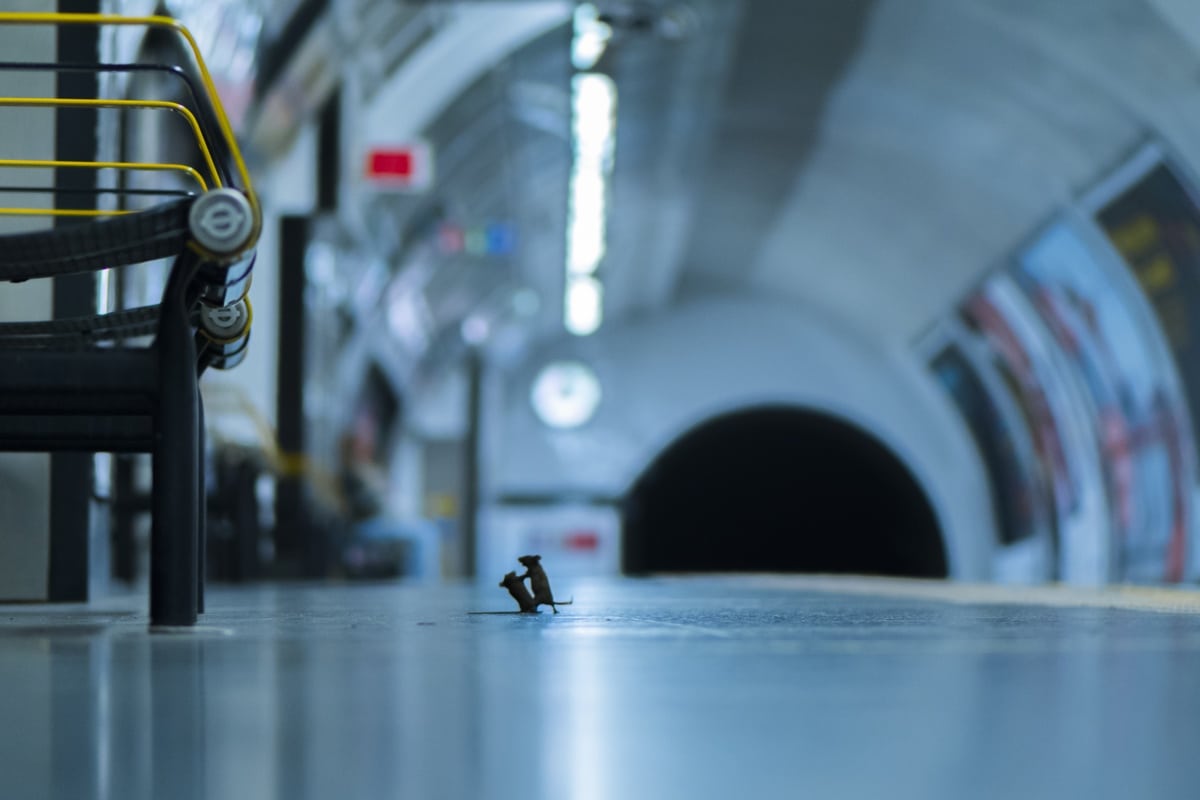 “Station squabble” by Sam Rowley, UK (Winner).
Sam discovered the best way to photograph the mice inhabiting London’s Underground was to lie on the platform and wait. He only saw them fight over scraps of food dropped by passengers a few times, possibly because it is so abundant. This fight lasted a split second, before one grabbed a crumb and they went their separate ways.

Photographer Sam Rowley proves that you don't need to be in the great outdoors to capture incredible wildlife. The British photographer took home the LUMIX People’s Choice Award for his image of two mice getting into a brawl over scraps of food in London's Underground. This epic battle remains frozen in time thanks to Rowley's keen observational skills and quick thinking with his camera.

Rowley beat out 25 images from the shortlist, which was culled from the more than 48,000 photos submitted to the Natural History Museum London's Wildlife Photographer of the Year contest.  Nature lovers were asked to cast their votes online, with the winner getting their photo on display as part of the contest's exhibition at the museum. Nearly 30,000 people placed their votes and let their voices be heard.

In the end, Rowley's tenacity paid off. He actually visited different stations over the course of a week to get the shot he was after. Ignoring the curious glances from passersby, he laid in wait until he got what he went there for. As the fight was over in a flash, Rowley's persistence won the day as he clicked the shutter right before one mouse snatched up the food and went on its way.

“‘I'm so pleased to win this award,” he shared.” It's been a lifetime dream to succeed in this competition in this way, with such a relatable photo taken in such an everyday environment in my hometown. I hope it shows people the unexpected drama found in the most familiar of urban environments.”

The Director of the Natural History Museum, Sir Michael Dixon, couldn't be more pleased with the result. He sees Rowley's photograph as an intriguing lesson into animal behavior. “‘Sam's image provides a fascinating glimpse into how wildlife functions in a human-dominated environment. The mice's behavior is sculpted by our daily routine, the transport we use and the food we discard. This image reminds us that while we may wander past it every day, humans are inherently intertwined with the nature that is on our doorstep—I hope it inspires people to think about and value this relationship more.”

Rounding out the competition are four “high commended” images that show the rich diversity of wildlife photography. From a touching portrait of an animal and its human caretaker to a sad look at how some animals continue to be taken from their environment for human amusement, each is an important commentary on wildlife today. 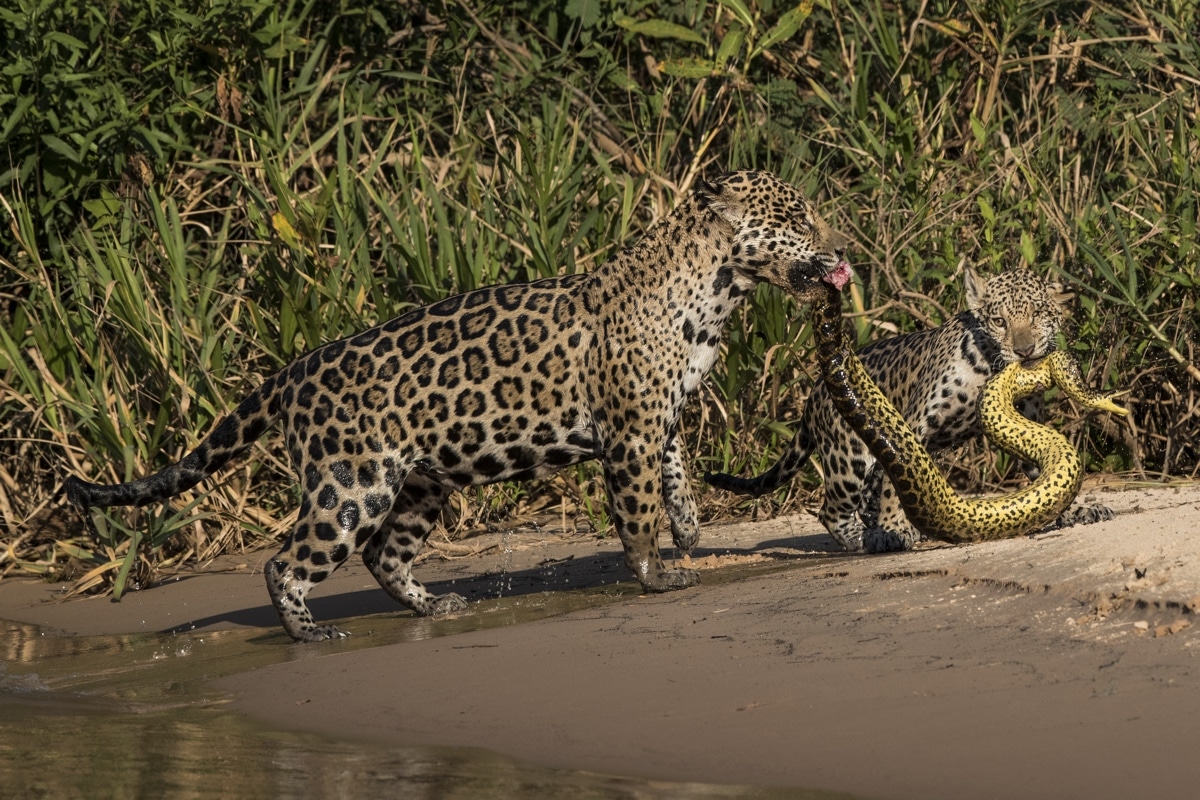 “Matching outfits” by Michel Zoghzoghi, Lebanon, Highly Commended.
Michel was in the Pantanal, Brazil photographing jaguars. One afternoon, as he was on the Três Irmãos River, a mother and her cub crossed right in front of his boat. He watched mesmerized as they left the water holding an anaconda with a very similar pattern to their own. 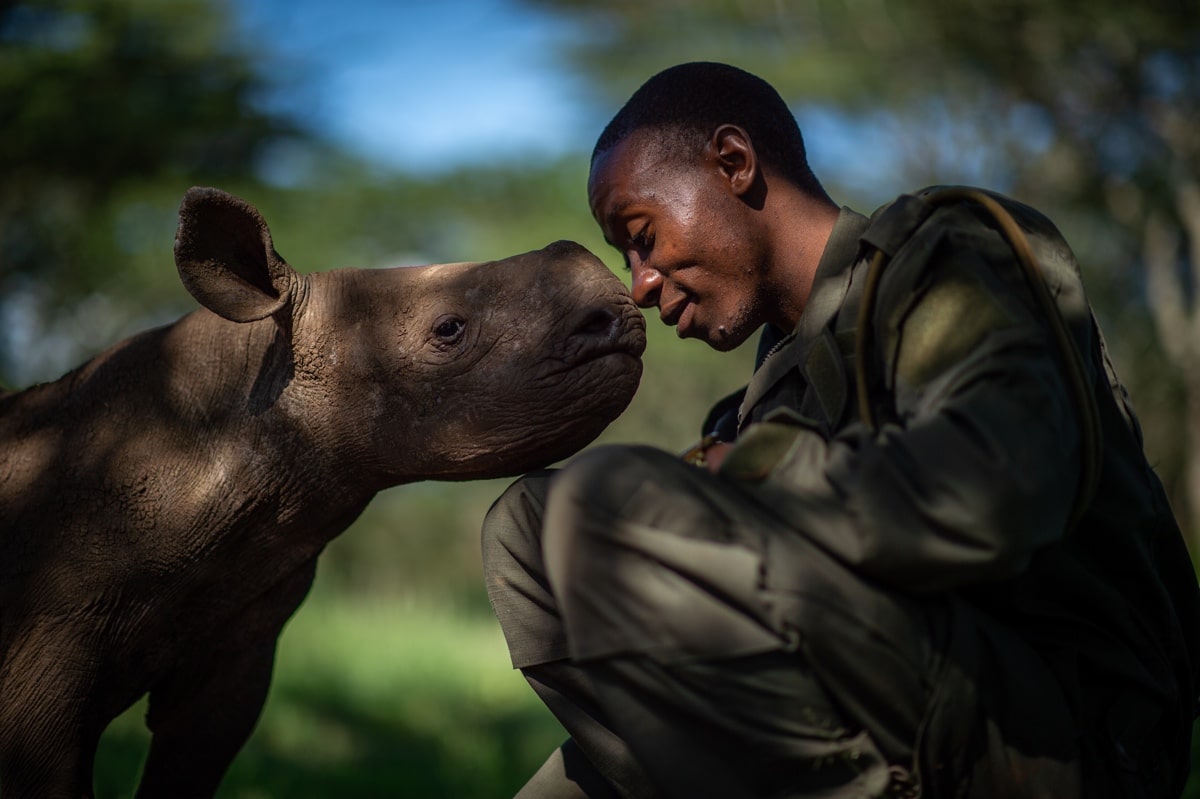 “The surrogate mother” by Martin Buzora, Canada, Highly Commended.
Elias Mugambi is a ranger at Lewa Wildlife Conservancy in northern Kenya. He often spends weeks away from his family caring for orphaned black rhinos like Kitui here. The young rhinos are in the sanctuary as a result of poaching or because their mothers are blind and cannot care for them safely in the wild. 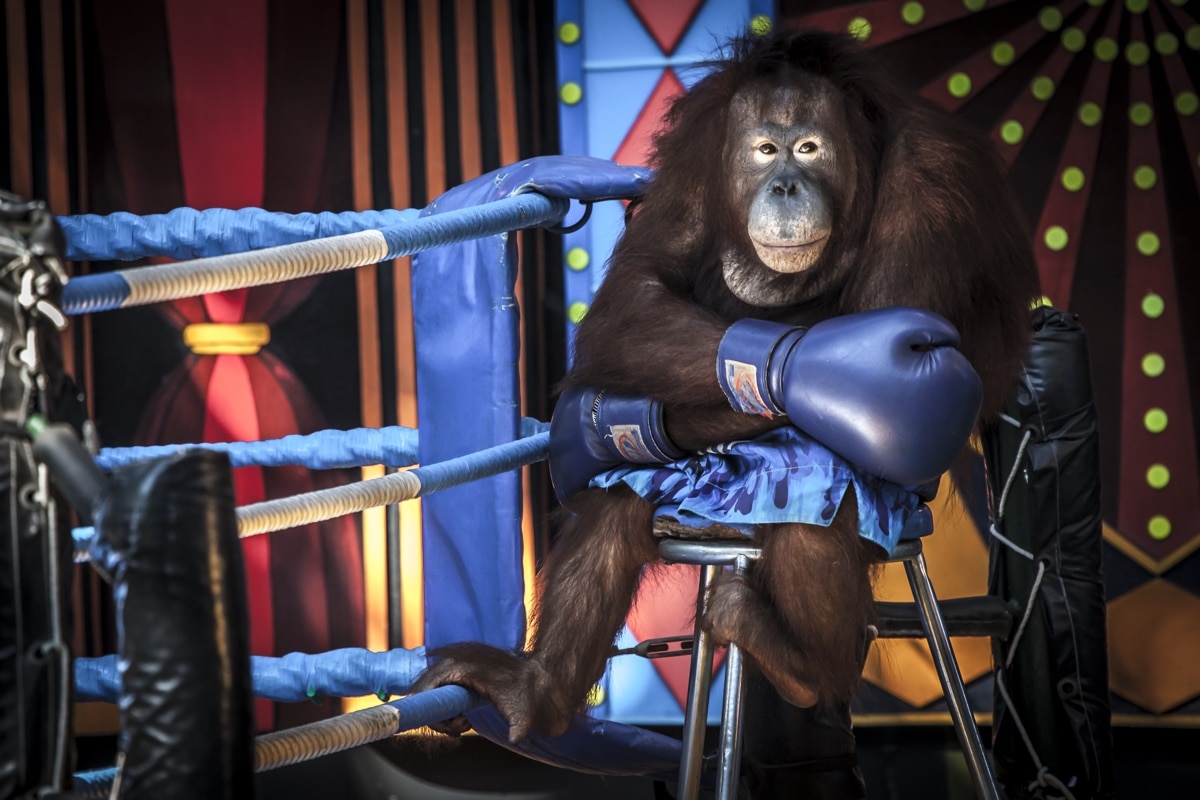 “Losing the fight” by Aaron Gekoski, UK, Highly Commended.
Orangutans have been used in degrading performances at Safari World, Bangkok – and many other locations – for decades. The shows were temporarily stopped in 2004 due to international pressure, but today the shows continue – twice a day, every day – with hundreds of people paying to watch the orangutans box, dance, play the drums and more. 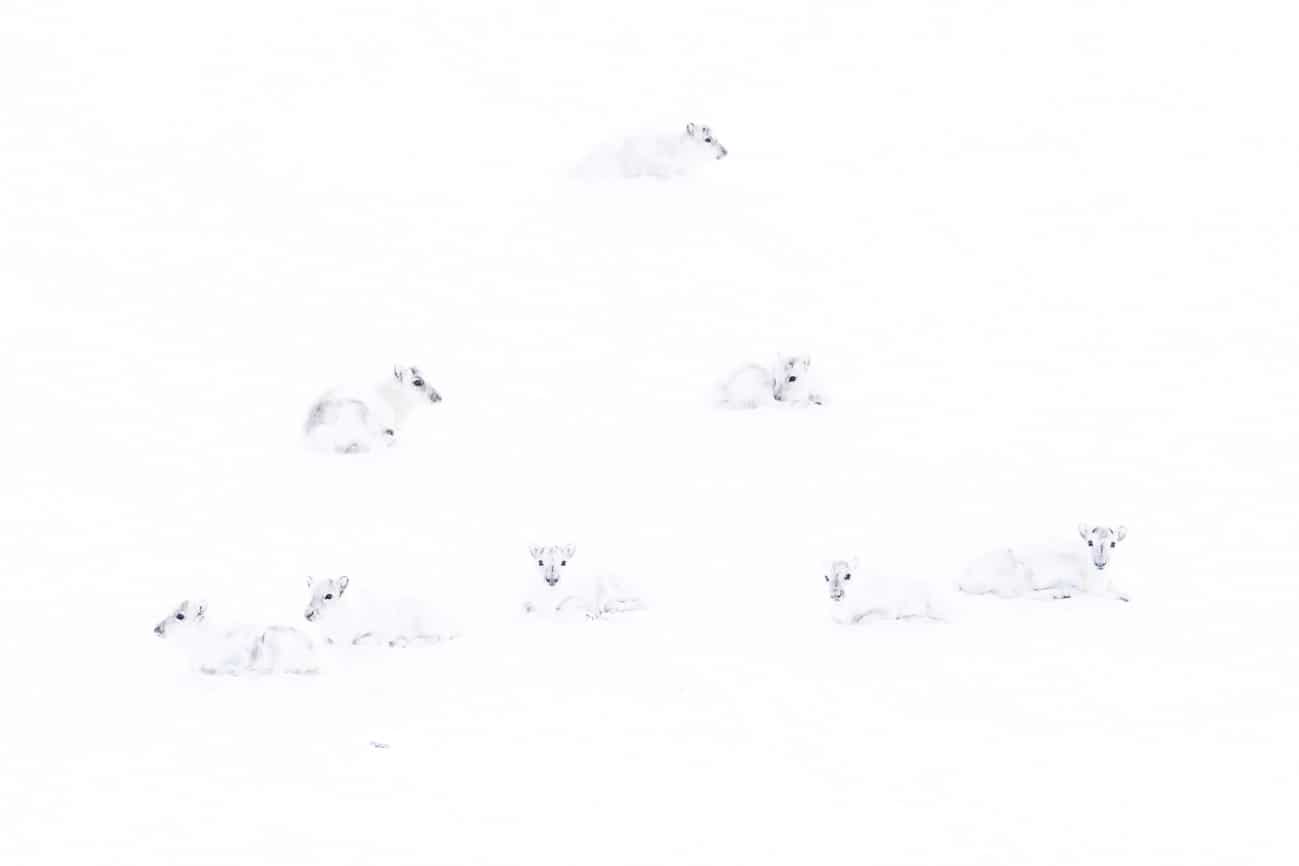 “Spot the reindeer” by Francis De Andres, Spain, Highly Commended.
The conditions for photographing at the Norwegian archipelago Svalbard are extreme, but wildlife has adapted to the environment and its freezing temperatures. Francis found this composition of white arctic reindeer, which were observing him, both curious and charming.

My Modern Met granted permission to feature photos by the Natural History Museum – Wildlife Photographer of the Year.

Do you agree with the winner? Share
Like My Modern Met on Facebook
Get Our Weekly Newsletter
Become a
My Modern Met Member
As a member, you'll join us in our effort to support the arts.
Become a Member
Explore member benefits