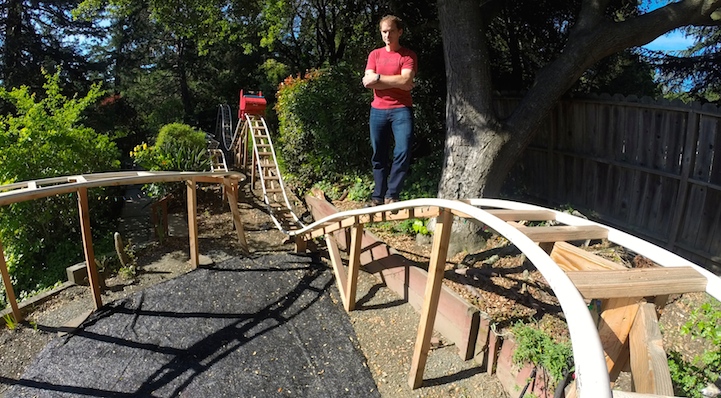 Someone give this man an award! Father of two, Will Pemble should be named “DIY Dad of the Year” for his 180-foot long, 10-foot high fully functioning roller coaster that he built in his San Francisco backyard for his kids. After returning back home from a family trip to Six Flags Great Adventure in New Jersey, where they rode one of the tallest and fastest roller coasters in the U.S., the Kingda Ka, his son Lyle (age 10) said to his father, “Why don't we build our own roller coaster, Dad?”

The 50-year-old, who works as an e-commerce consultant by day, went right to work learning how to built his own roller coaster. He even set up a blog called The CoasterDad Project to show the step-by-step process. Pemble, who also has a 12-year-old daughter named Ellie, said his children were the “inspiration” behind this project. It ended up costing him $3,500 and took him a total of 300 hours to build.

As he writes on his site, “Today, our backyard roller coaster is an unending source of excitement, challenge, education, and connection. I love it because it brings together all the three things I love best. Physics, Family, and Fun. The whole family has been involved in the project. The neighbors check in and see how we're doing.

“Who knew all that could spring from one kid asking one question, and one dad saying, Yes.” 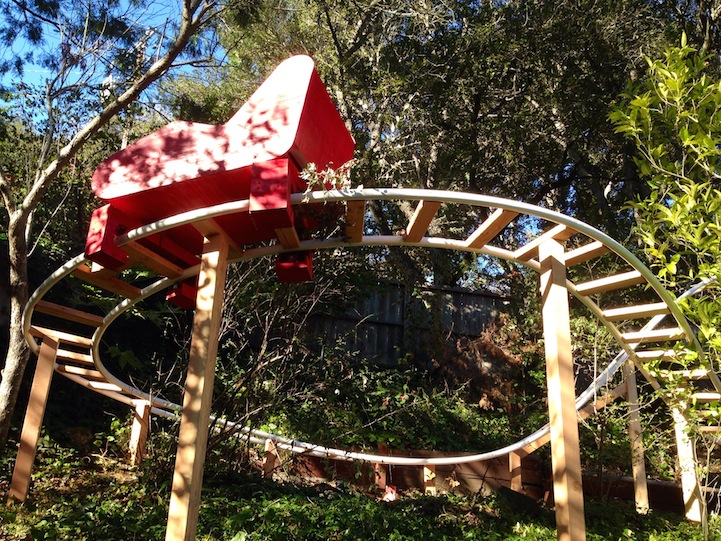 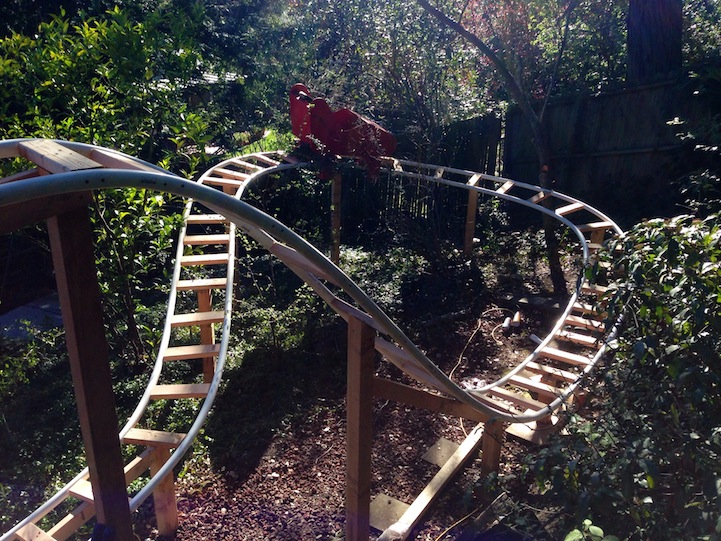 The CoasterDad Project website
via [Daily News]
Photos via [Will Pemble]