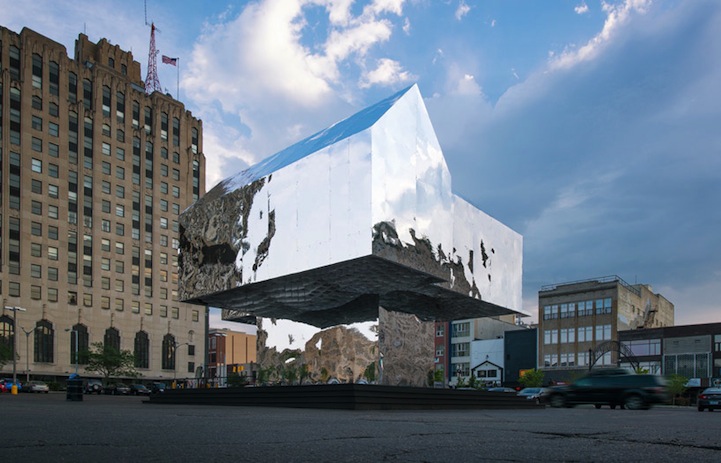 In light of the tough housing market throughout the past few years, London-based design firm Two Islands designed this large structure as a universal symbol of the thousands of homes lost to foreclosure. Developed by architect William Villalobos with colleagues Cesc Massanas and Tomas Selva, Mark's House was a 28-foot-tall Tudor-style home that sat high upon a pedestal in a downtown parking lot in Flint, Michigan. The designers intended for the reflective home to represent everything that many American families have lost and, at the same time, to also symbolize the promise of a hopeful, rebuilding future.

Weighing 4,000 pounds and designed to withstand 90 mph winds, the piece was part of the Flat Lot Competition hosted by Flint Public Art Project. The Two Islands team was awarded a $25,000 grant to bring the project to life and they were also supported by an additional $15,300 from Kickstarter.

The mylar-covered sculpture mirrored back all of the local faces who came to see the temporary installation and to remember their own homes that had since been foreclosed, abandoned, and demolished. From a distance, the house appeared to be floating in mid-air. However, from up close, the raised home provided an overhead cover during local events and offered a visually captivating appearance that changed with the light and the weather. It could also hold up to 1,500 gallons of water that would be sprayed out onto passers-by during hot summer nights.

The underside of the sculpture was fitted with more than 850 lightboxes and covered with photographs from 90 of the worldwide Kickstarter supporters in order to create a sense of global connection. Recovery from any financial crisis requires a sense of common resiliency and, when speaking about this project, the firm says, “As the city contracts, we find comfort in what the future beholds, and that which will soon flourish. Our common values are reflected in our appreciation of what makes an American home, and a family, a prized possession.” 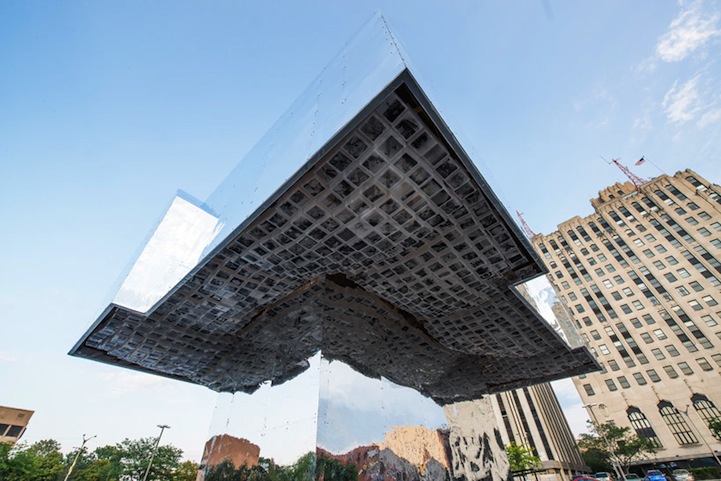 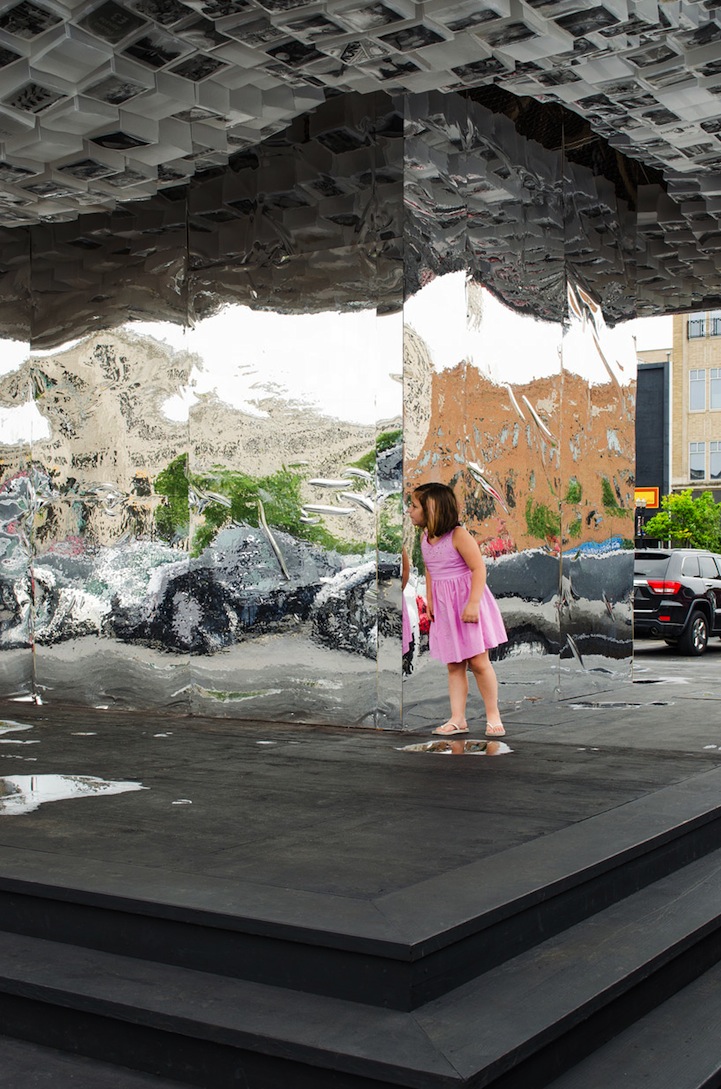 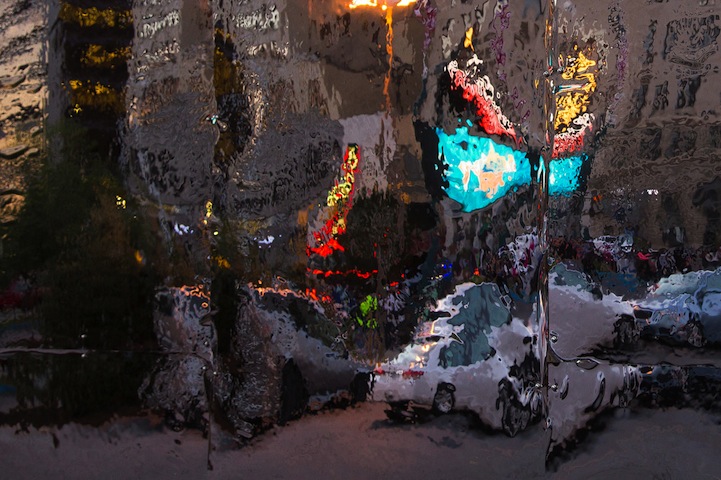 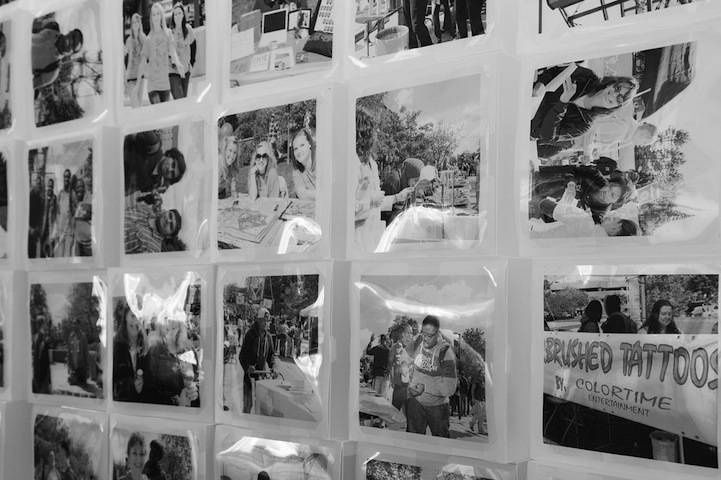 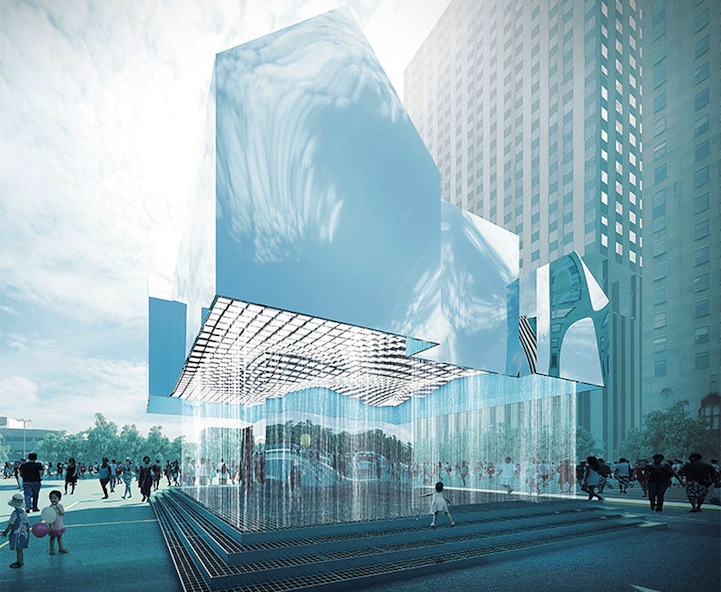 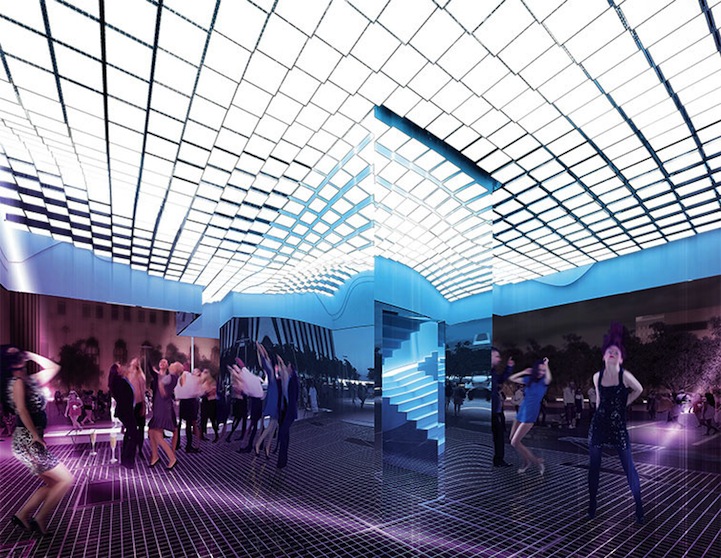 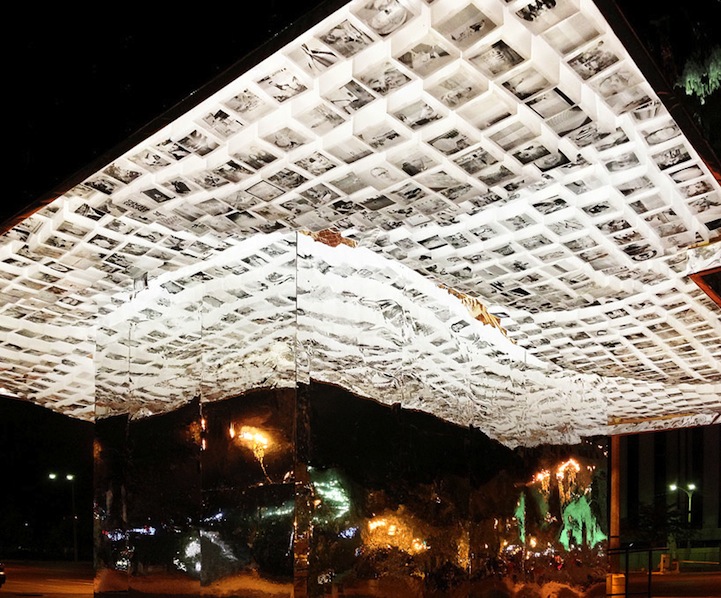 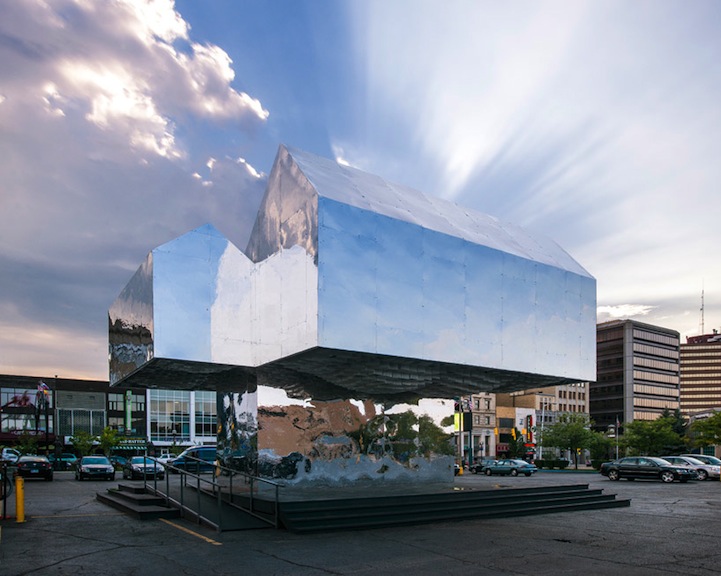