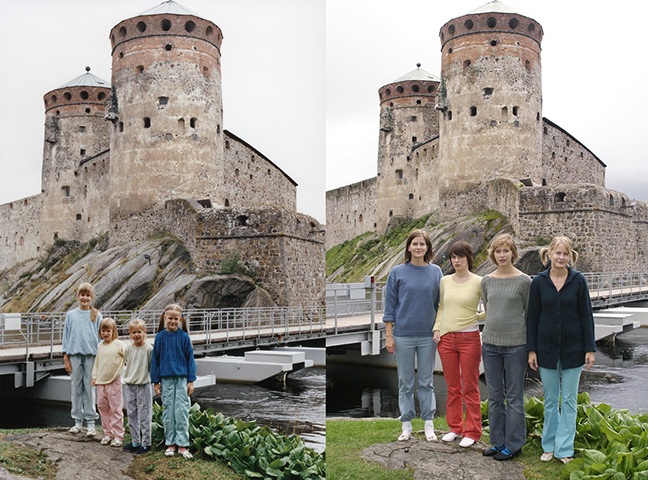 While we've seen this trend of bringing together the past and the present before (see Young Me Now Me, Back from the Future and even Dear Photograph), never have we seen it done with a photographer and her three actual sisters.

Helsinki-based Wilma Hurskainen asked her three sisters to recreate about 30 older photographs her father had taken of them when they were young. She wanted each new photograph to look as similar as possible to the original one, so each background is exactly the same, as is the composition, each woman's position and their facial expressions. What follows is a stunning side-by-side comparison of the past and the present, a shocking portrayal of time as told through the physical metamorphosis of four young women.

“I have always been very attracted by the photograph's ability to cross time and create this kind of comparisons,” she says. “There is something sad, almost tragic, about looking at old photographs compared to new ones and seeing how people and things have changed or grown up. After all, it is said that time has been accepted as a common means of measuring life because people are not able nor willing to see the change in themselves. In the pictures it seems as if we were trying to go back to our childhood by adopting the same position towards each other and the photographer's/spectator's gaze but we unavoidably fail. We have to fail – there is no return in time. ”

Update: We got in touch with Wilma to find out more. Here's the story behind this series.

“So first of all, I'm the oldest of us four sisters, so by the time we were shooting (or re-shooting) the images I might still have had a certain big sister advantage – making the little sisters go my way. No, seriously, it wasn't always easy convincing them that we should make this series, especially in 2004-2006 when we re-photographed, we all lived in different cities and countries and whenever we met we would travel to Eastern Finland or Sweden for these photo sessions.

“But the most important thing is that in the end my sisters were pleased with the whole thing. (I already suggested that we should do it again after another 15 years but they weren't too happy about this idea!) It was sometimes a little hard finding the places of the original photos, finding the proper clothing and dealing with the emotions that emerged because of the process of digging up the past. Also, on the technical side, back in 2004 or so digital cameras weren't so great so we actually shot some of the images on film which now seems just unbelievable! We had the camera on a tripod and then we looked at the old photograph and tried to imitate ourselves (or our children selves).

“Growth was published as a book in 2008 but the publishing house is Finnish so the book mostly stayed in Finland. (It has texts in English too and I have some copies left, if you are interested please get in touch). It was very well received and the images were shown in a lot of exhibitions in Finland and abroad.

“My parents still live in the same house where we lived when we were children. So we were actually able to find some of the original clothes, dolls, etc which is quite strange. But in some of the images, like Skansen Zoo in Stockholm, we had huge difficulties finding the actual spot. The elephants in the original picture had died in the 80's out of tuberculosis (people told us it had been a national tragedy in Sweden) and the whole site had changed so much. I remember my sisters running after me (our boat back to Helsinki was leaving), in a very bad mood, trying to locate the place!

“The general feeling in the series is very light and happy so I sometimes forget that my initial feeling when starting to make the images was quite sad. I thought the images would speak of letting go, losing moments and even people in time, nostalgia, etc. There are only a few images (like grandad, where in the latter image there is a person missing) that actually seem to bear this sadness.”

UPDATE: We're excited to announce that Wilma's photos of her and her sisters is one of 25 photo stories featured in our new book For Love, published by Chronicle Books! The official release date is March 15, 2016, and the book is currently available to pre-order at Amazon, Barnes and Noble, and Indie Bound. 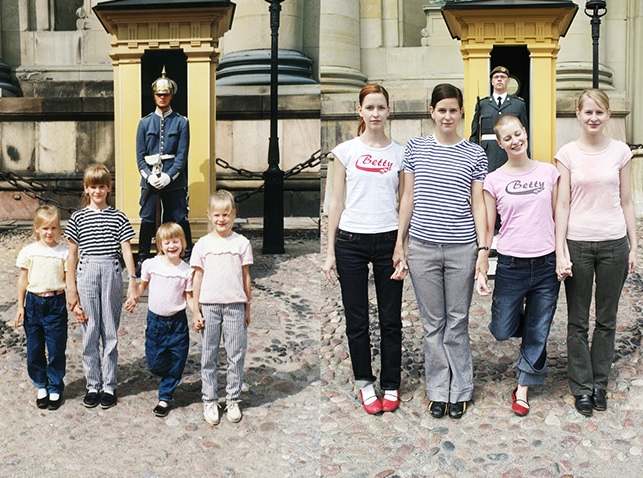 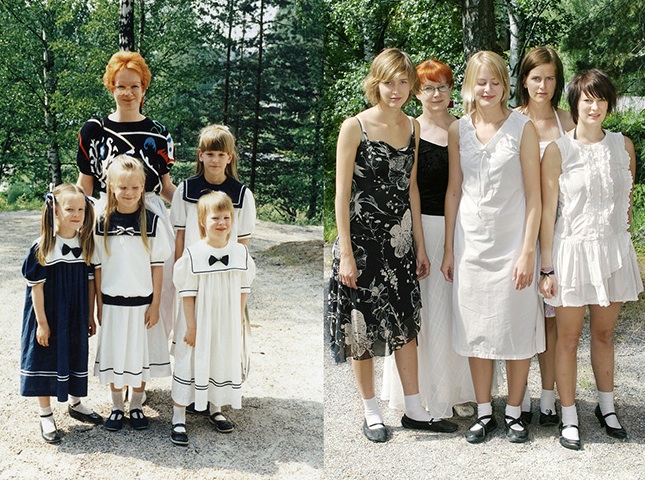 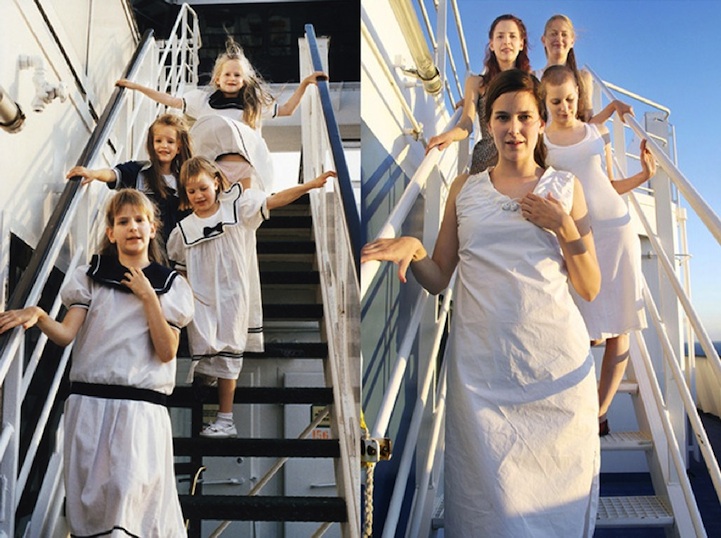