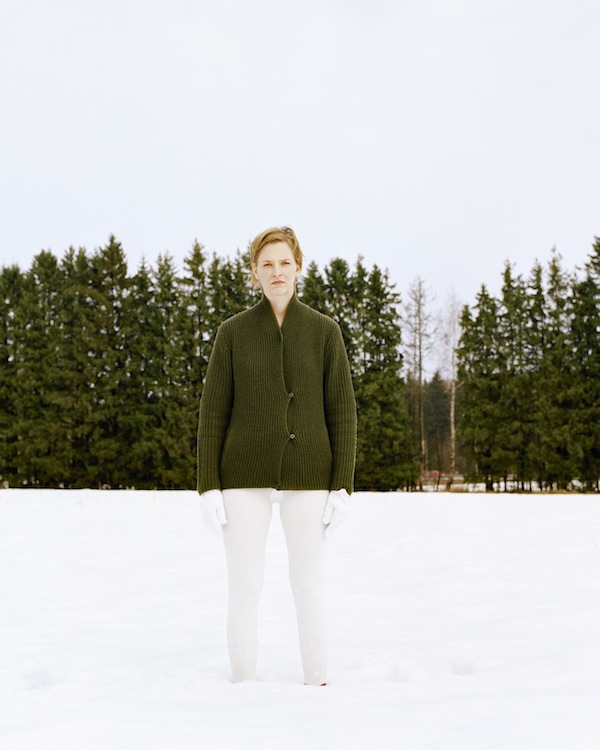 Talk about blending into the background. Photographer Wilma Hurskainen and her sister wear clothes that perfectly match their natural surroundings. Whereas we've seen this style done before, never have we seen it done so naturally, almost as if it was all done by accident.

They're part of the larger series called No Name which deals with childhood and memory.

“The first one, Invisible, was an idea that I once got while looking at snow and a forest line,” she tells us. “We have a lot of that in Finland! Even as a child I was very interested in the idea of hiding or mimicking an animal.” The woman in Invisible is actually one of her sisters.

“The latter image, Waves, was taken in Benin, West Africa last winter where I spent a lot of time on the beach, just looking at the ocean and thinking. I had the skirt made for it after I once realized my shirt was the same color as the ocean. Although the two images share the same idea, for me the're very different: In Invisible the woman looks hollow whereas in Waves it's as if the landscape grew through her.” 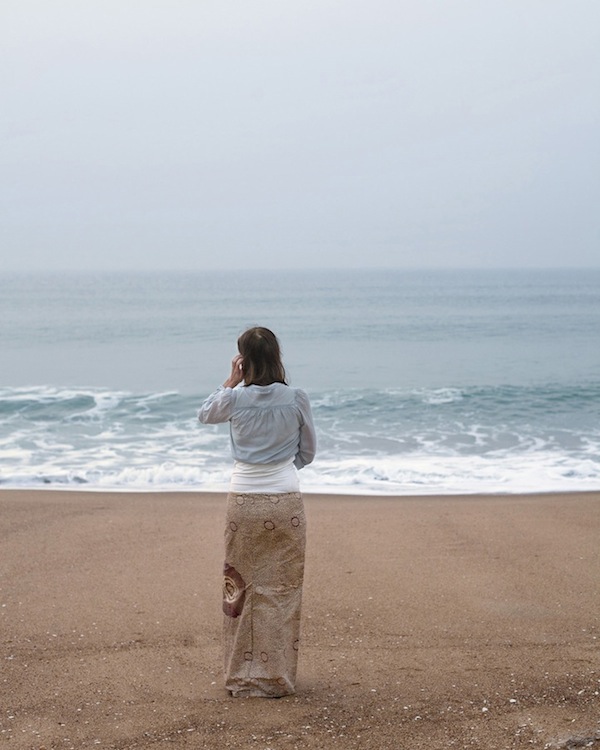 We first spotted the above image on Reddit, and it was only after clicking through her site that we accidentally came across her Grown series, which has now quickly spread throughout the web, getting coverage on Huffington Post, PetaPixel and The Daily Mail among others.

As she tells us, “Wow, it's been a little crazy here. Now also the Finnish newspapers are interested to know how come my works are in The Daily Mail, etc.” (A fun problem to have, don't you think?) Congrats to Wilma on her ongoing success. Love her creative works.