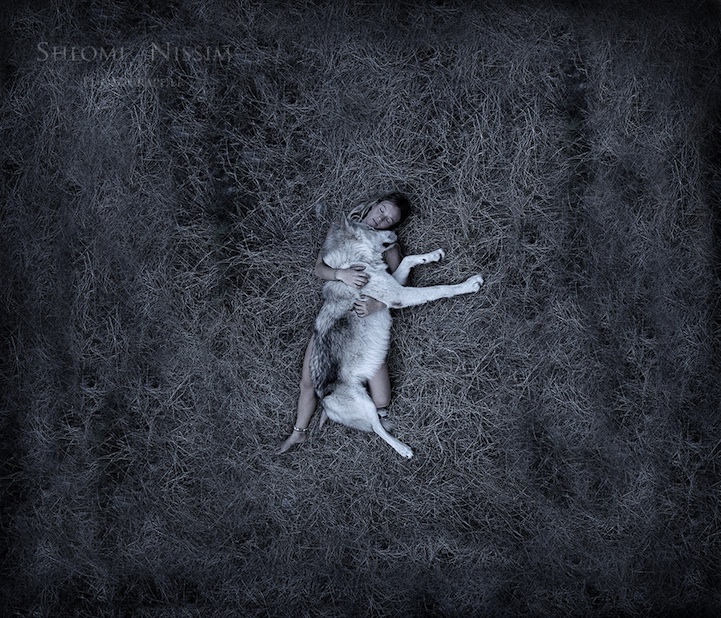 The ever-talented photographer Shlomi Nissim, the person behind the set we called Little Red Riding Hood's Demise, is back with another arresting photo. He's named this one Pocahontas.

Nissim accompanies it with this story. It's an actual legend by the Native American tribe Shoshone, called Wolf – Protector of Woman.

“It is told that a group of young girls had to be left behind in hiding, as the tribe had to pack up and move quickly due to imminent danger.

When the girls came out of hiding and went in search of the tribe, they came upon an injured wolf. After nursing the wolf back to health, they became adopted by the entire pack of wolves, who saved them from danger many times, as the girls continued their search for the rest of their tribe.

The warrior fathers, upon returning to find the girls, saw the wolves surrounding their daughters from a distance.

Not understanding that the wolves were actually protecting their daughters, they slew them one and all.

After being told of their grave mistake, they vowed to honor the wolf as protector throughout time.

This became tradition and remains so today.”