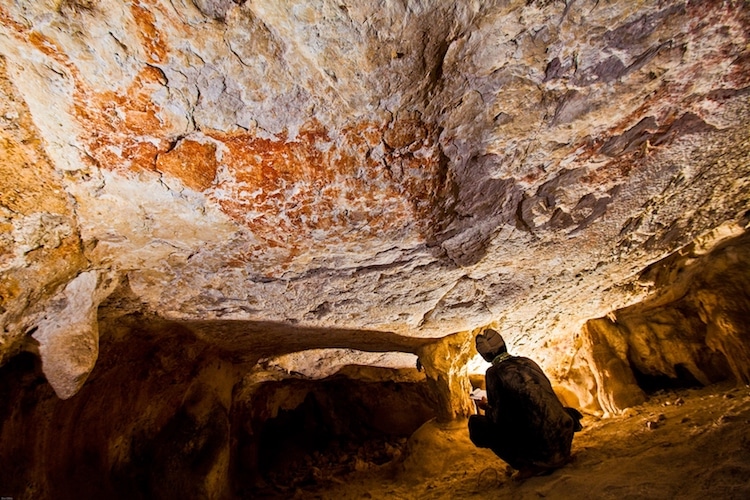 Researchers from Australia's Griffith University have made stunning discoveries that are changing the way we think about the history of art and the development of early man. Their extensive research into Paleolithic cave art in Borneo, published in Nature, includes dating the world's oldest figurative painting. Going back as early as 40,000 years ago, these paintings are a breakthrough in understanding how early man left their mark on the world.

After spending several seasons in a remote area of Indonesian Borneo, the researchers were able to date their findings and were stunned by the results. Since the 1990s, the area in the East Kalimantan mountains has been known for its cave art. There are thousands of human hand stencils, depictions of animals, as well as abstract signs and symbols.

These artworks are layered on top of one another, showing stylistic shifts and changes over time. By obtaining calcium carbonate samples and testing uranium levels, the team was able to produce the first reliable estimates on the age of the cave art.

“The oldest cave art image we dated is a large painting of an unidentified animal, probably a species of wild cattle still found in the jungles of Borneo—this has a minimum age of around 40,000 years and is now the earliest known figurative artwork,” shares Associate Professor Maxime Aubert, who led the study. 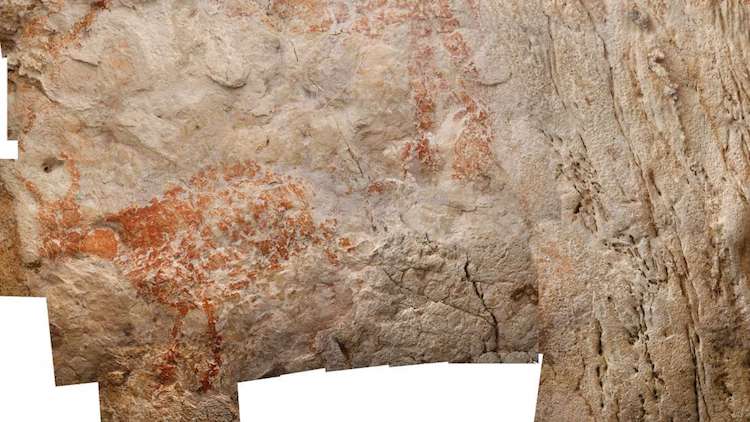 Older still are several human hand stencils, which date between 52,000 and 40,000 years old. In dating the work, the team also noticed a shift around 20,000 years ago—the inclusion of man. “It seems they transition from depicting large animals to depicting the human world,” Dr. Aubert says. “Sometimes the [figures] have the large headdresses, sometimes they are portraying dancing with different objects, sometimes they're hunting.”

The discoveries interestingly match the development of cave art in Europe, showing that Southeast Asia had its own rich tradition that evolved in tandem. Researchers are thrilled at the development, which points to the importance of Southeast Asia in human history. Next year, Dr. Aubert's team will return to the area to carry out excavations in the hopes of finding archeological evidence that will reveal more about who these anonymous cave painters were.

The wide variety of rock art found in a remote area of Borneo includes the oldest known figurative painting. 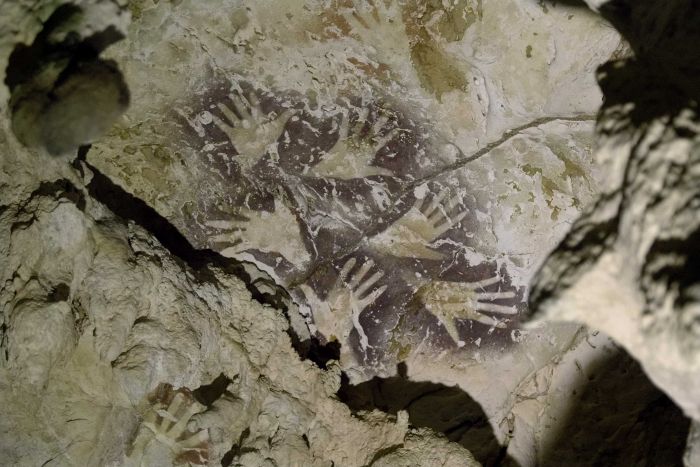 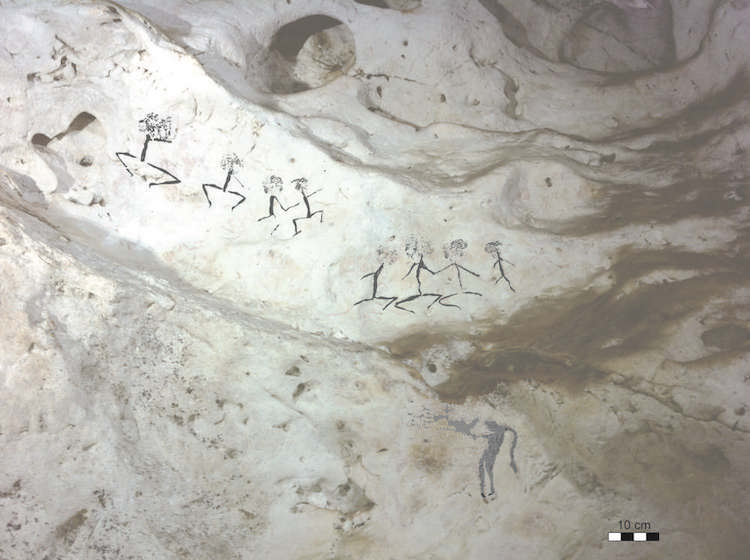 Learn more about what makes these findings so important and how the work was carried out.

All images via Griffith University.