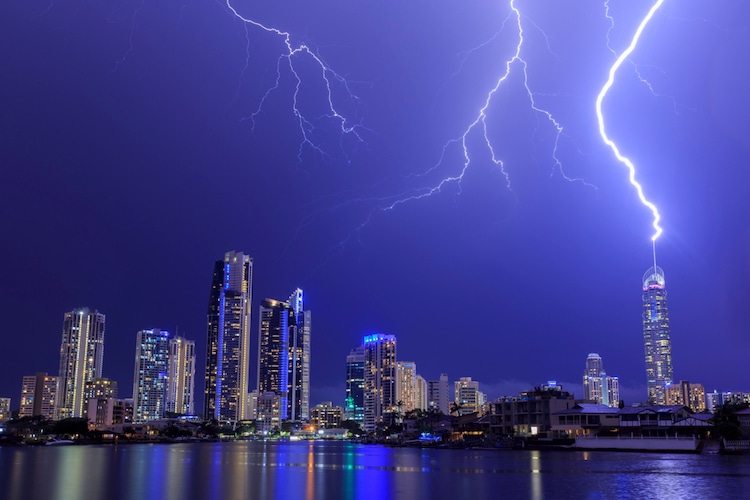 When lightning strikes, it can be a beautiful and terrifying event. What's even more fascinating are the record-breaking events recently announced by the World Meteorological Organization (WMO). Two “megaflashes” have set the world record for both distance and duration as verified by new satellite imagery—and both of them more than doubled the previous records.

Southern Brazil was the site of the first incredible lightning event. On Halloween 2018, a bolt of lightning that measured 700 kilometers (440 miles) flashed across the sky. That's more than double the previous title holder, which went to a lightning flash in 2007 that stretched over 321 kilometers (199.5 miles) in Oklahoma. To put the incredible distance into perspective, the Brazil lightning strike was the same as the distance between Boston and Washington D.C. or between London and Switzerland.

Adding to the excitement is a lightning strike in northern Argentina. This event, which occurred on March 4, 2019, set the record for longest lightning duration. Clocking in at 16.73 seconds, it well outpaced the previous record of 7.74 seconds that occurred in 2012 in France. 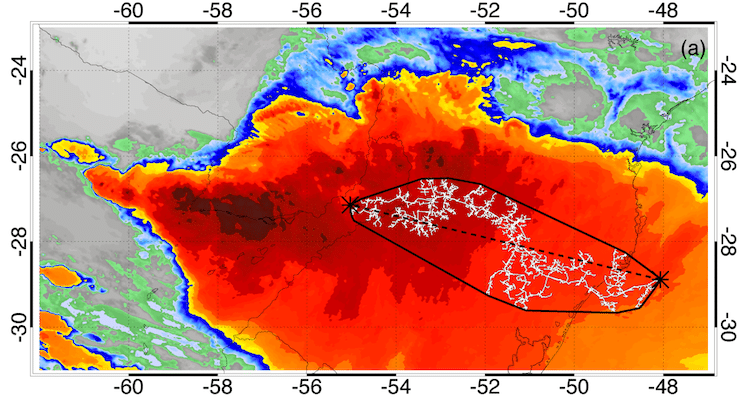 “These are extraordinary records from single lightning flash events. Environmental extremes are living measurements of what nature is capable [of], as well as scientific progress in being able to make such assessments. It is likely that even greater extremes still exist, and that we will be able to observe them as lightning detection technology improves,” said Professor Randall Cerveny, chief rapporteur of Weather and Climate Extremes for WMO.

Previously, researchers used data collected by ground-based Lightning Mapping Array networks to evaluate lightning. That technology makes it difficult to observe megaflashes, which require mapping that covers a larger area. Now, advances in space-based lightning mapping have made it possible to measure distance and duration over a large geographic area. So here's hoping we'll be hearing about more new records soon.

Can you believe the power of this lightning? Share
Like My Modern Met on Facebook
Get Our Weekly Newsletter
Become a
My Modern Met Member
As a member, you'll join us in our effort to support the arts.
Become a Member
Explore member benefits

Can you believe the power of this lightning?