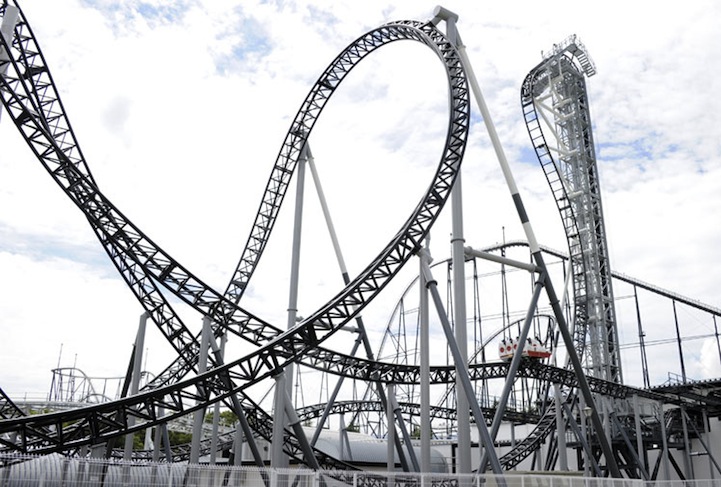 Adrenaline junkies, are you ready for this? A thrilling new ride, dubbed Takabisha, is set to open in just a couple days at the Fuji-Q Highland Amusement Park in Yamanash, Japan.

Set in the shadow of Mount Fuji, Takabisha features seven twists, blackened tunnels and a breathtaking 141 ft vertical freefall at 121 degrees, making it officially the steepest in the world. Riders experience weightlessness as they nosedive down the sharp incline, before later being plunged into darkness. Speeds reach up to 62 mph (100 kmph) and the ride lasts for just 112 seconds over nearly two miles of track. 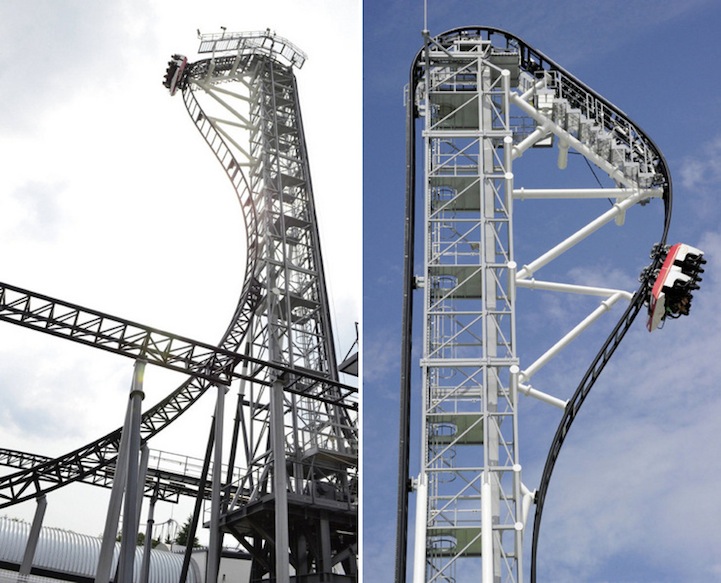 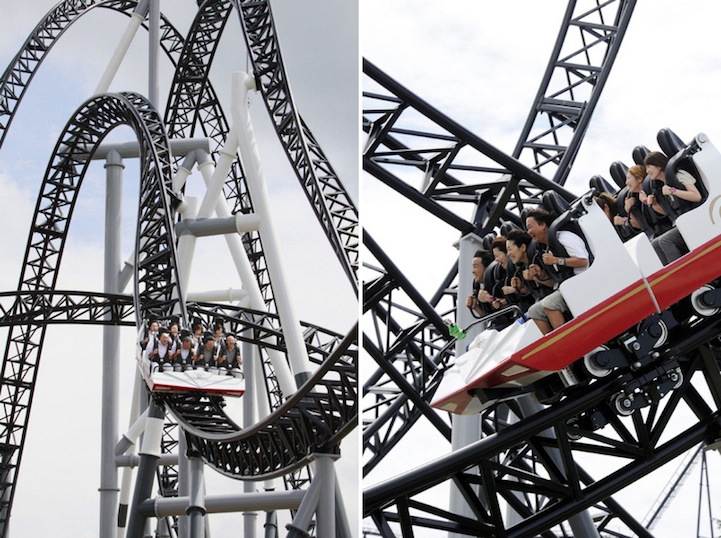 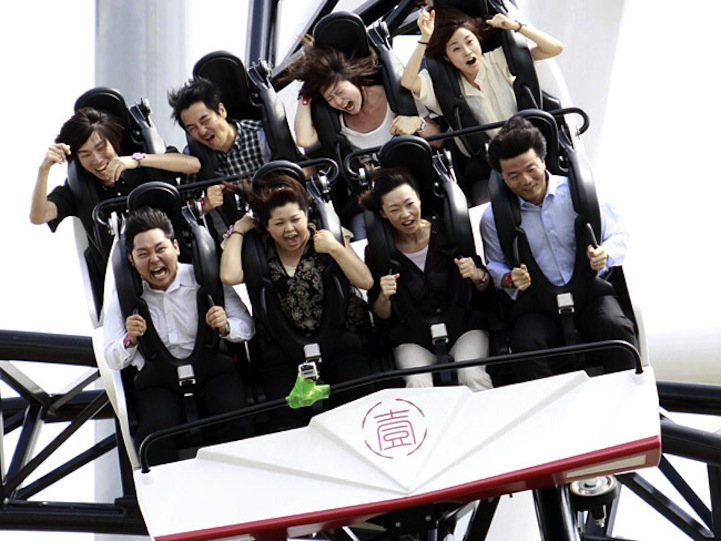 Fuji-Q Highland Amusement Park website
via [The Star], [The Australian]