Massive Phoenixes Made of Remnants from Construction Sites 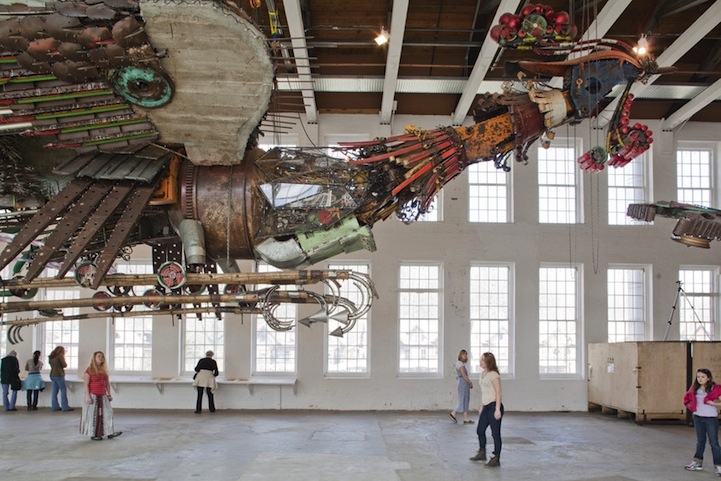 Like a phoenix rising from the ashes, Chinese contemporary artist Xu Bing's aptly titled Phoenix soars above viewers, made from the remnants of old construction sites in China. The large-scale sculptural installation consists of two massive birds, each comprised of countless materials that include steel beams, hard hats, chains, pipes, tanks, tools, and other remnants from the migrant laborers who worked on the urban construction sites. The project is the result of two years of collection and assembly.

Xu's enormous creations, weighing 12 tons and measuring 90 and 100 feet in length, are sculptural representations of cultural evolution and the lives of those who have given their energy and strength to spark a cultural and architectural change in China. The project states: “At once fierce and strangely beautiful, the mythic Phoenixes bear witness to the complex interconnection between labor, history, commercial development, and the rapid accumulation of wealth in today's China.”

Phoenix is currently on display, for the first time ever outside of China, at the Massachusetts Museum of Contemporary Art (MASS MoCA) through October 27, 2013. 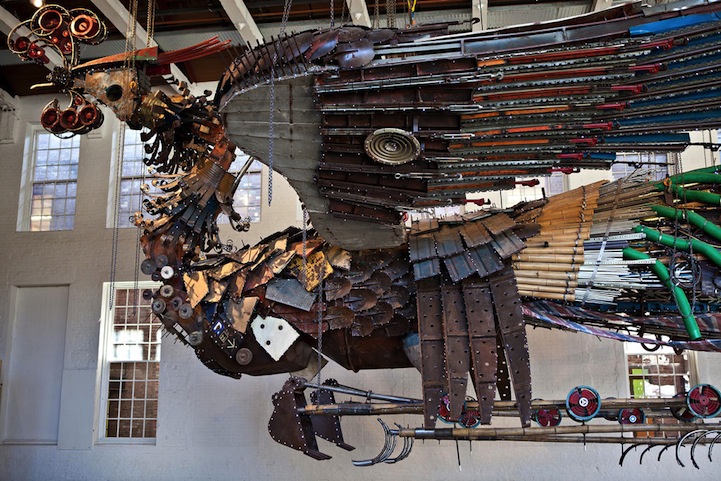 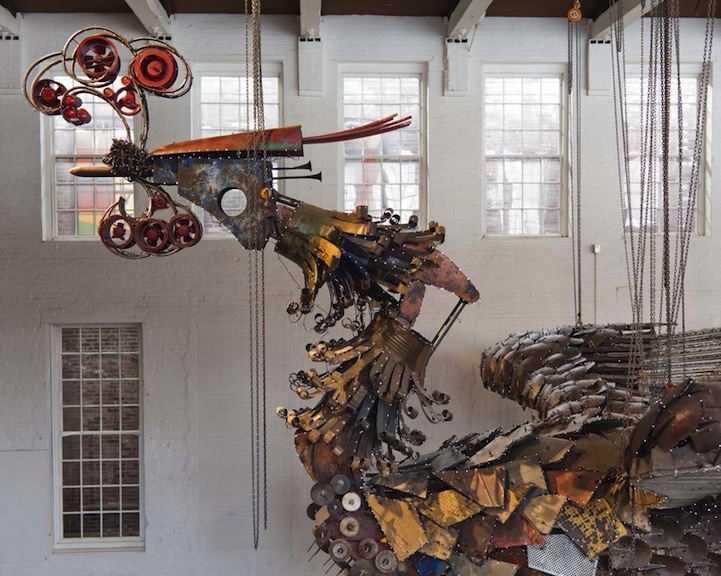 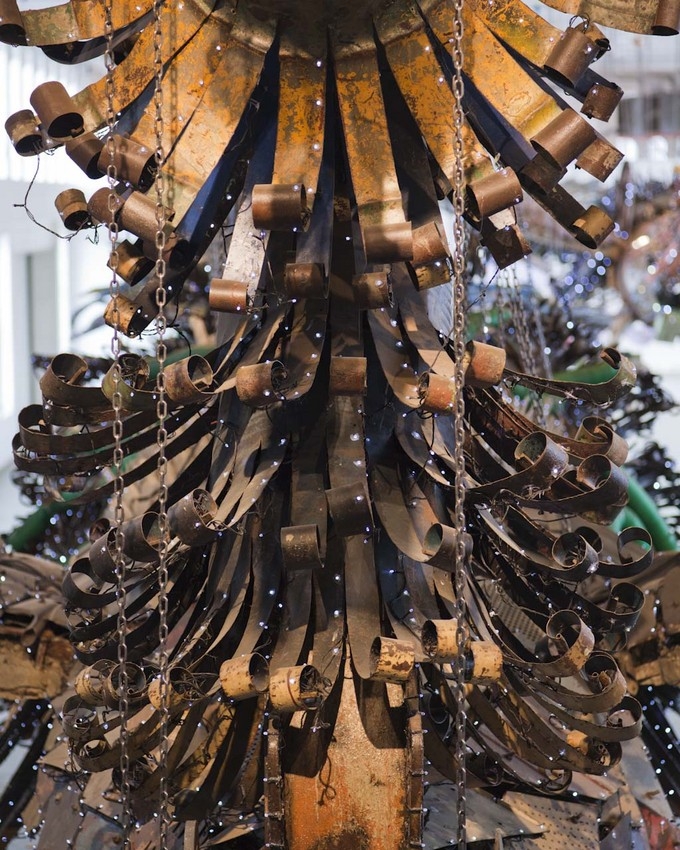 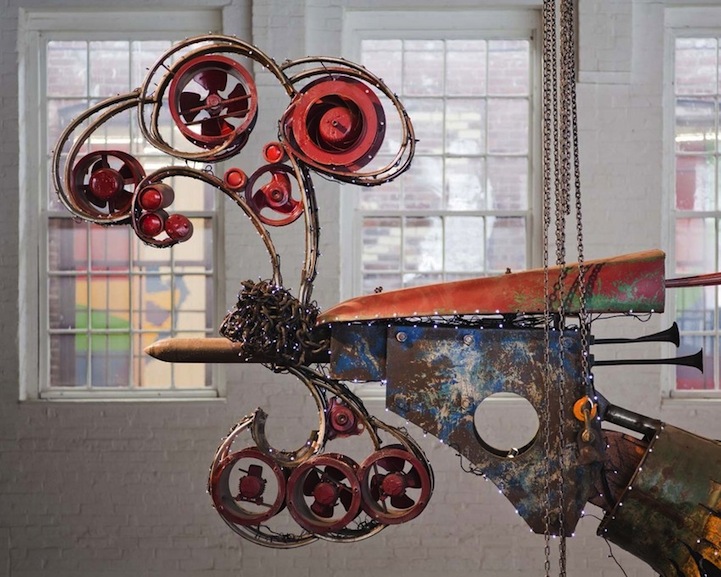 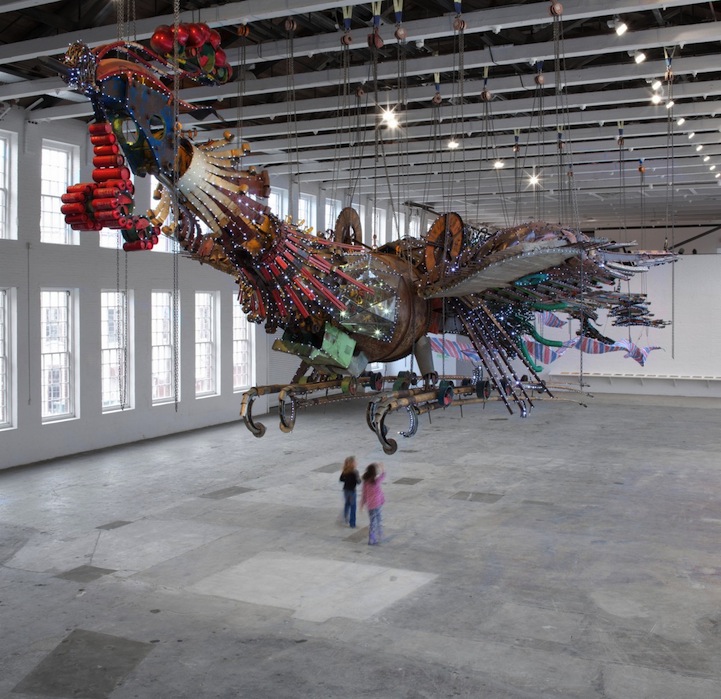 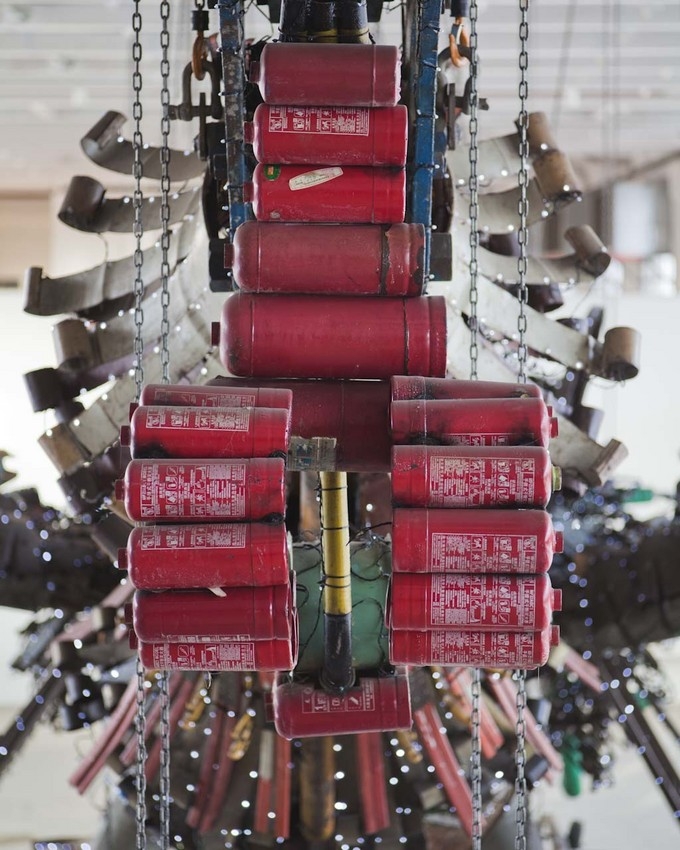 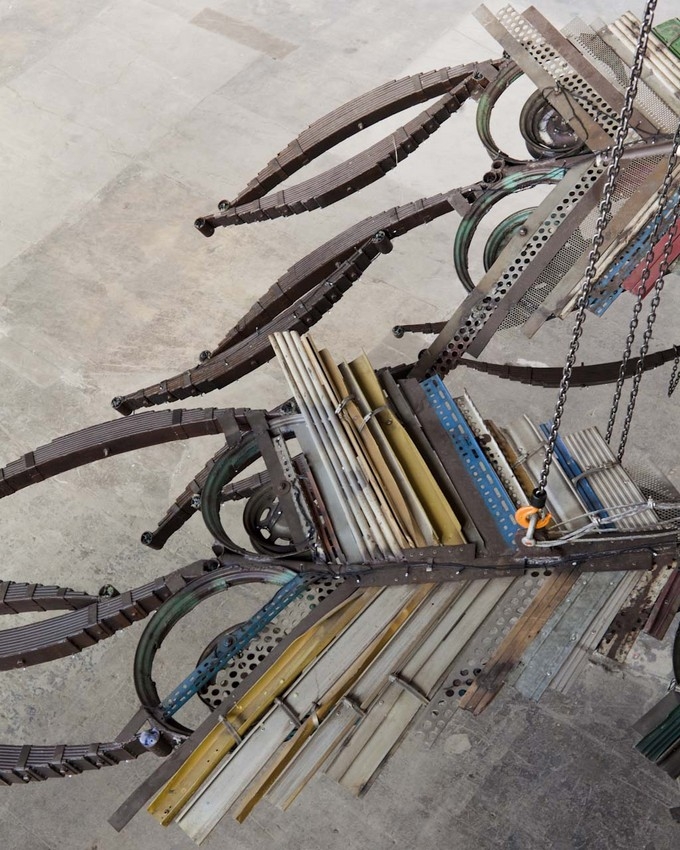 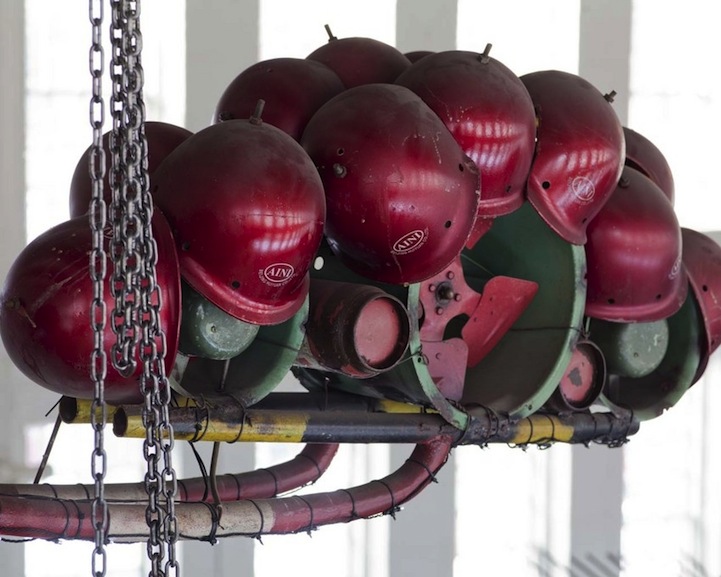 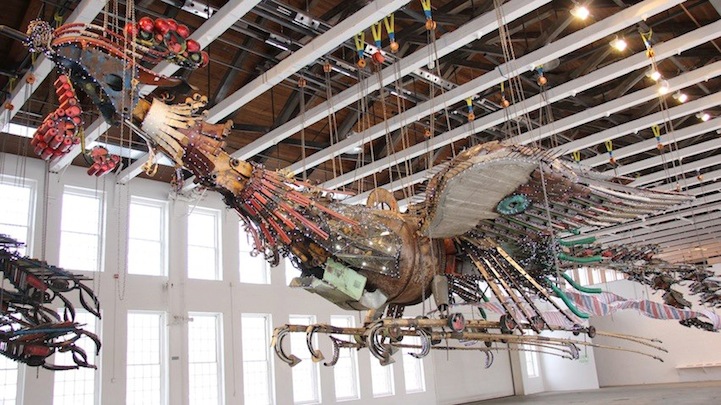 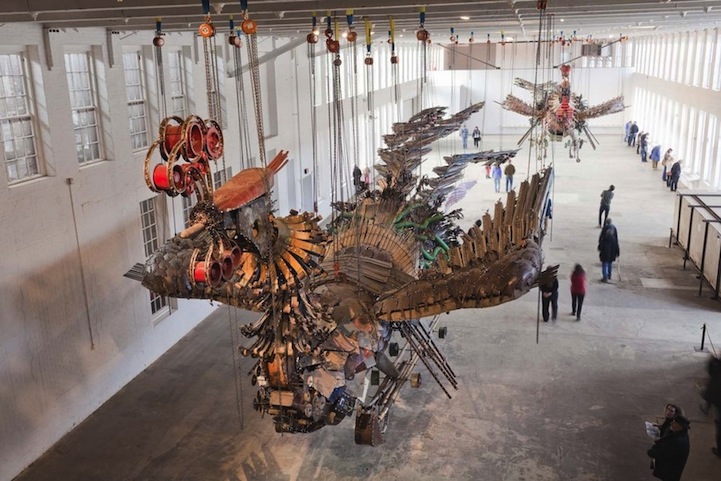