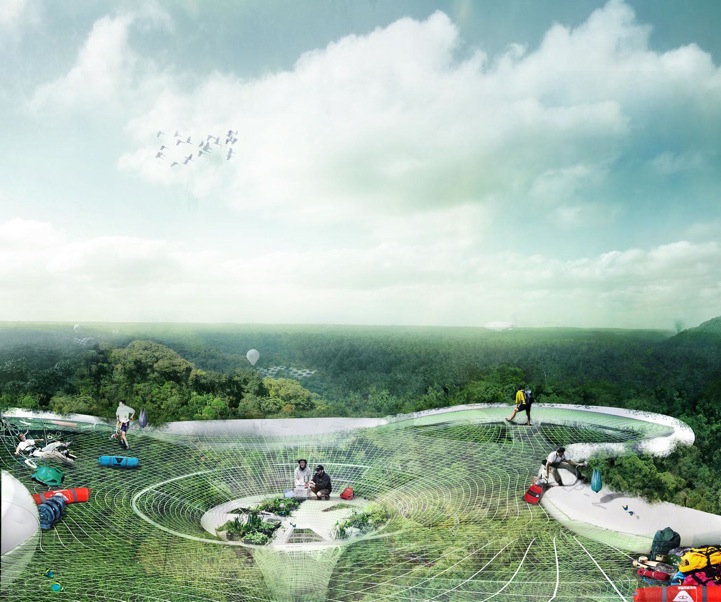 In Brazil, the Amazon rainforest is constantly at risk of deforestation and demolition at the hands of man, in the name of land development, urbanization, and human settlement, despite the forest's biodiversity and naturally beneficial elements. Architectural Association School of Architecture student Yi Yvonne Weng has come up with a sustainable, aerial settlement concept that would allow people to occupy these lightweight canopies while exploring, researching, and harvesting the environment's medicinal plants without disrupting nature. Weng also adds that the project could “provide a level of surveillance that helps to protect both the endangered environment and the indigenous population.”

The project, referred to as The 6th Layer – Expolorative Canopy Trail, is part of AA's Diploma 17 program that focuses on latent territories and the socio-political effects of architectural structures implemented in these environments. This year, the students' regional focal point was the critical territories of Brazil. By designing their personal projects with the land's geopolitical and socioeconomic issues in mind, each student developed their own concepts to stimulate growth.

Weng's concept has proven to take all of the above into account, providing an attractive structure that doesn't harmfully interfere with the environment and offers a means of conservation. The canopies serve as self-sustaining stations for people to safely interact with and learn from nature. The project has just recently won the 2012 Foster + Partners Prize. 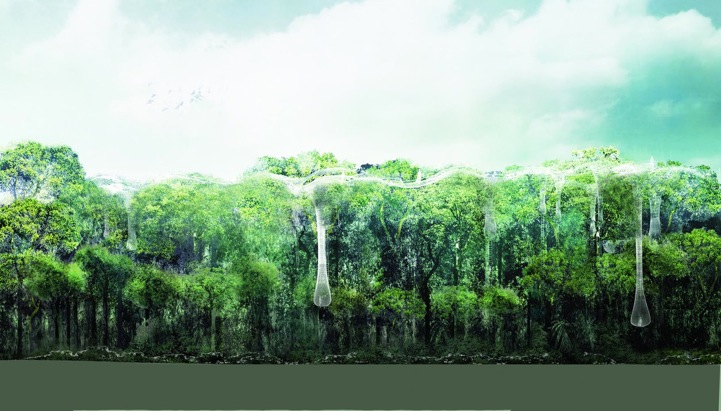 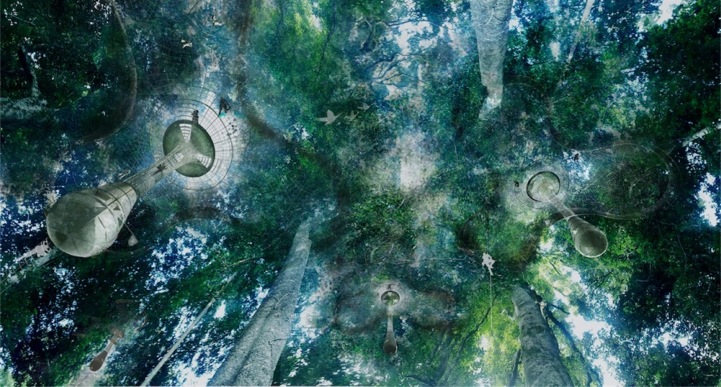 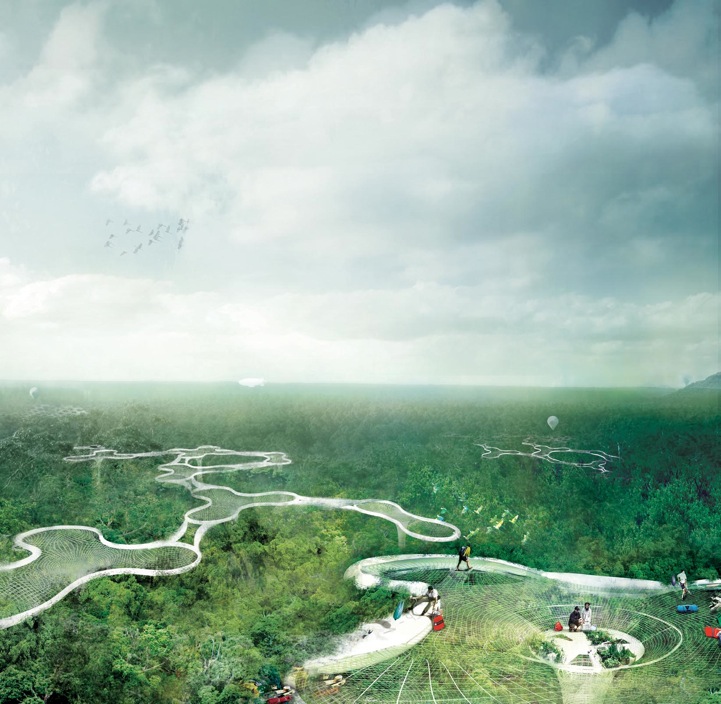 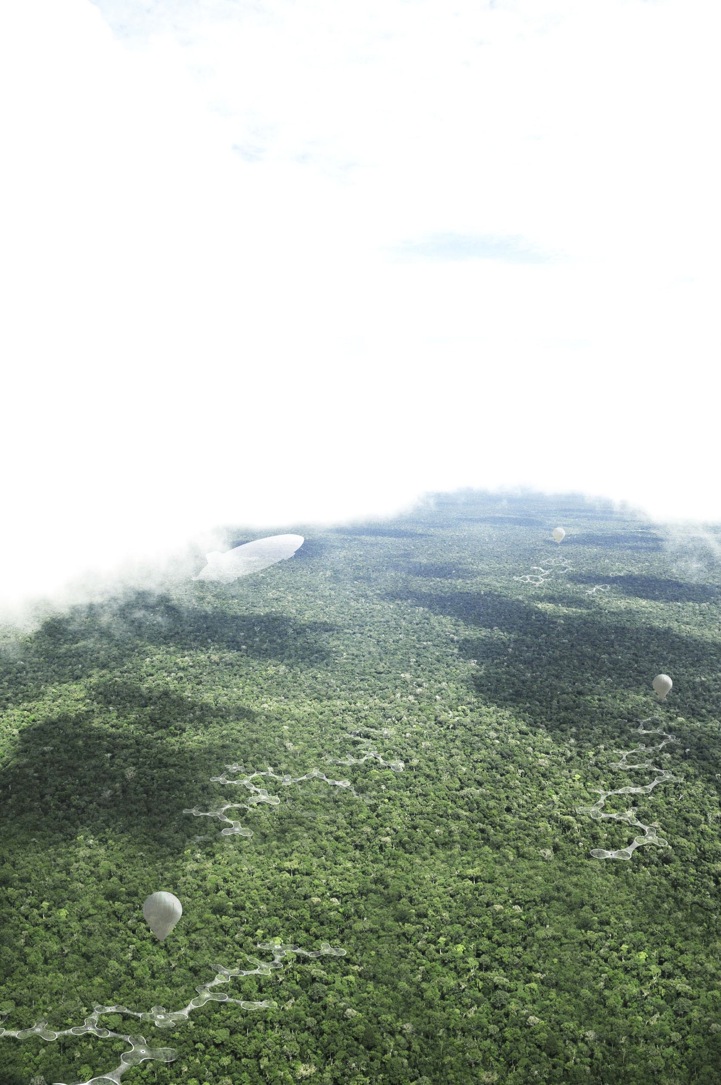 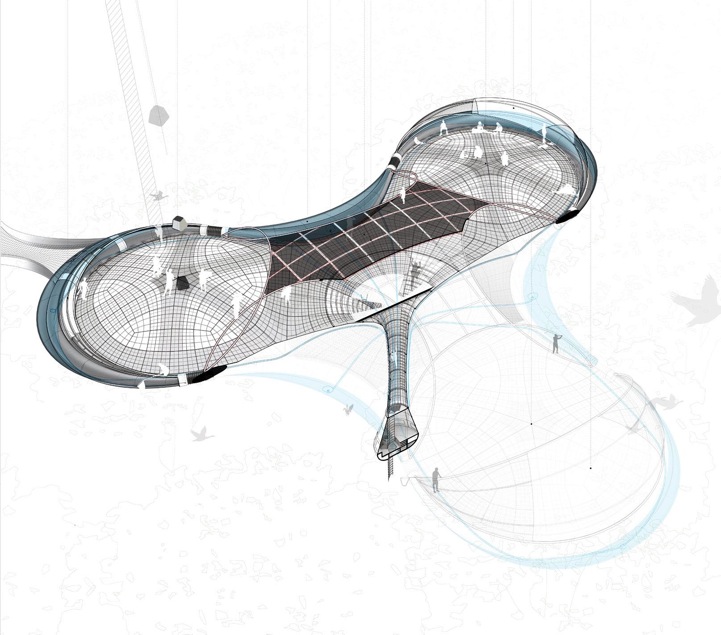