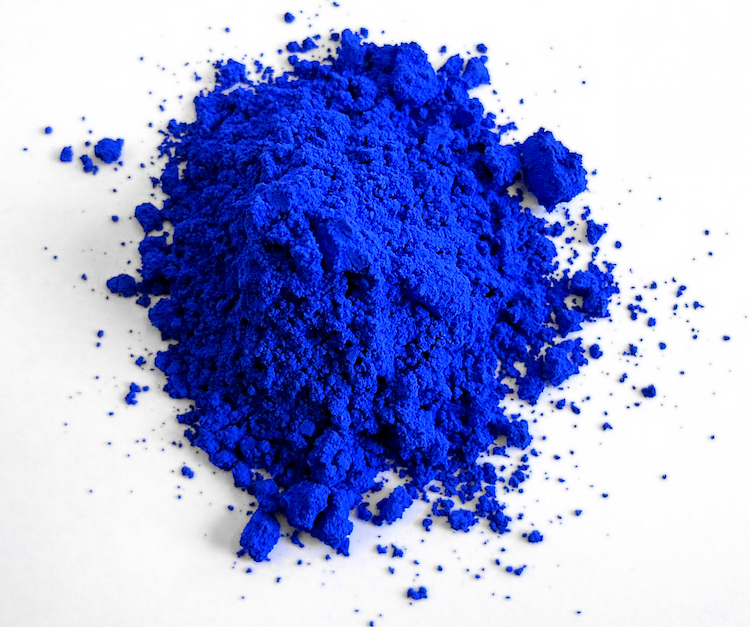 Photo: Mas Subramanian (CC BY-SA 4.0)
This post may contain affiliate links. If you make a purchase, My Modern Met may earn an affiliate commission. Please read our disclosure for more info.

There’s a new blue color on the market for the first time in 200 years! Discovered unexpectedly in 2009 by researchers at Oregon State University, YInMn Blue has made waves in the world of pigments for its beautiful intensity, opacity, durability, and heat-reflective properties. A team led by chemist Mas Subramanian discovered the pigment when they were “exploring the electronic properties of manganese oxide.” The vivid shade of blue receives its name from its composing elements—yttrium, indium, and manganese.

While it was approved in September 2017 for industrial use, it has taken a few years more for the brilliant blue to finally be made widely available to consumers. This is mainly due to the fact that testing for consumer use is much more stringent than that for industrial purposes. However, the wait is finally over! In May 2020, the EPA officially approved YInMn Blue for commercial use—including in artistic materials such as paints.

Crayola made a new crayon inspired by the newly discovered hue back in 2017, but now artists can try out the vivid shade for themselves. Still, it won’t be as easily accessible as some other varieties of blue because YinMn Blue is still relatively rare and expensive. Currently, it is only available to American consumers through Golden—on a custom-order basis—and through the Italian Art Store. There, a 40-milliliter tube (about 1.35 ounces) of the blue paint goes for $179.40. However, there have also been unofficial outlets on Etsy for a few years.

Still, this is quite exciting news—especially since it isn’t too often that new pigments are discovered and approved for consumer use. “People have been looking for a good, durable blue color for a couple of centuries,” Subramanian remarks. So, It’s no wonder that this new discovery has created such a buzz in both the worlds of art and science.

YInMn Blue—the newest discovered blue pigment in 200 years—is now finally available for sale to consumers! Watch this video to see how the pigment is made into paint.