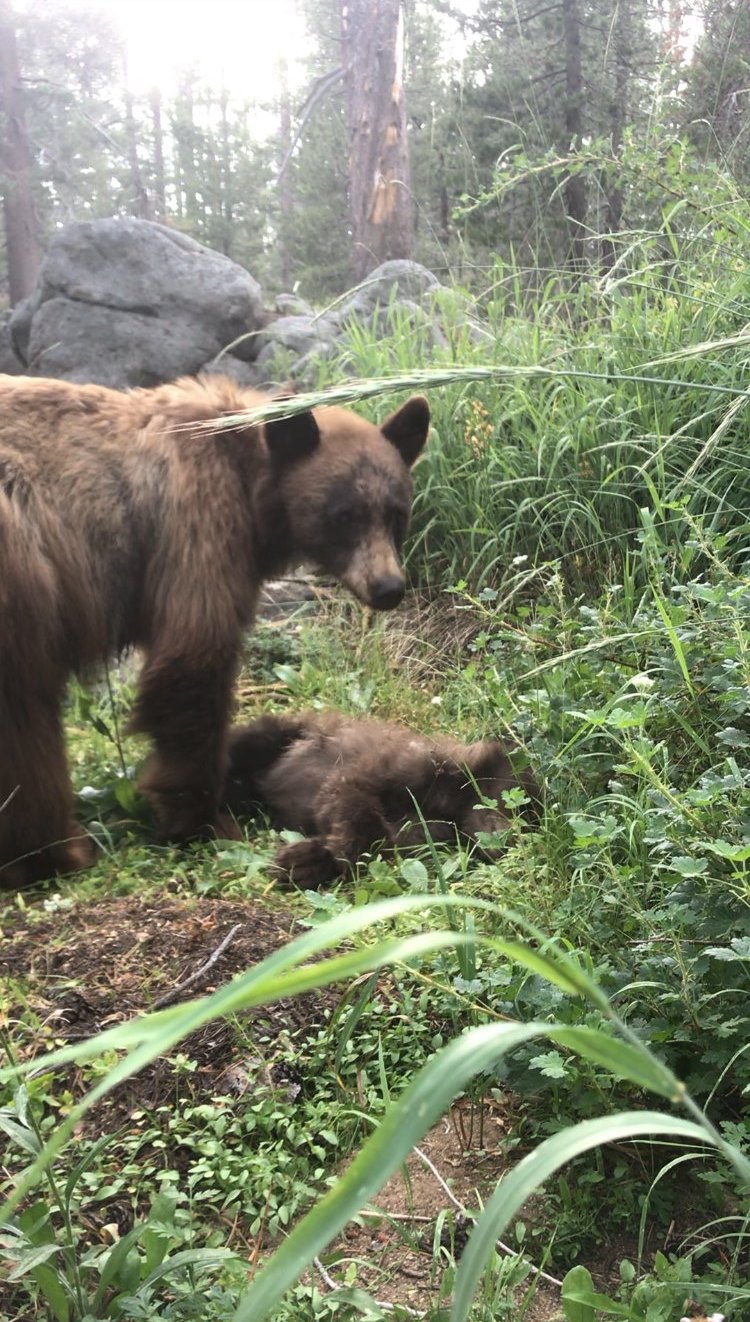 Every year, thousands of tourists flock to U.S. National Parks to enjoy the scenic sites and diverse wildlife. And while these crowded seasons can raise awareness about the environment and encourage conservation efforts, the high flux of people often comes at a cost to the lives of animals—especially on busy roads. A Yosemite park ranger shared a now-viral story on Facebook of a tragedy that afflicts national parks every year, except this time, they also revealed some of the real and painful consequences.

The ranger, who chooses to remain anonymous, described a routine follow-up to a call about a black bear that had been struck by a vehicle and seen dead on the side of the road. “Sadly, it’s become routine. I log the coordinates into my phone, gather the equipment I may need, and head to the location,” they say in the blog post. “My job here is easy, really: find the bear, move its body far away from the road to prevent any other animals from getting hit while scavenging on it, fill out a report, and collect samples and measurements for research. Then I’m off on my way again with another number to add to the total of bears hit by vehicles this year—data we hope will help prevent future collisions. Pretty callous. However, the reality behind each of these numbers is not.”

This time, when the ranger found the dead bear described in the call, they were saddened to see it was a small, 6-month-old cub. Although it had been dead for hours, the ranger moved it into the forest to finish the inspection in peace. “I slide off my backpack, remove a binder, and start the assessment,” the ranger recalls. “It’s a female. This immediately triggers thoughts of the life this bear may have lived—perhaps she would have had cubs of her own—but before I finish that thought I hear a stick break and look up.” A few yards away is a large adult bear. The ranger immediately stands up and proceeds to make noises that will scare it away and it works—at first.

A couple of minutes later, the ranger hears a “deep-toned but soft-sounding grunt,” which they identify as the same vocalization sows (female bears) use to call their cubs. “I can feel the callousness drain from my body,” the ranger says. “This bear is the mom, and she never left her cub. My heart sinks. It’s been nearly six hours and she still hasn’t given up on her cub. I can just imagine how many times she darted back and forth on that road in attempts to wake it.” Realizing the mother was trying to reach the dead body of her cub, the ranger quickly gathered their belongings to make room for the animals' last moments together.

Before they left the area, however, the ranger set up a remote camera to record the heartbreaking scene that would ensue. “Every year we report the number of bears that get hit by vehicles, but numbers don’t always paint a picture,” the rager explains. “I want people to see what I saw: the sad reality behind each of these numbers.” In the Facebook post, they include a powerful image of the grieving mother bear standing over her baby. Her head is turned in the direction of the camera, so the viewers can place a face to the somber story.

The ranger concludes the piece with a warning. “Remember that when traveling through Yosemite, we are all just visitors in the home of countless animals and it is up to us to follow the rules that protect them,” they urge us. “Go the speed limit, drive alertly, and look out for wildlife. Protecting Yosemite’s black bears is something we can all do.”

You can learn more about keeping bears safe by visiting Keep Bears Wild.

A Yosemite park ranger warns tourists about the consequences of speeding by sharing a heartbreaking story about a mother black bear grieving its dead cub.

All images via Yosemite National Park.