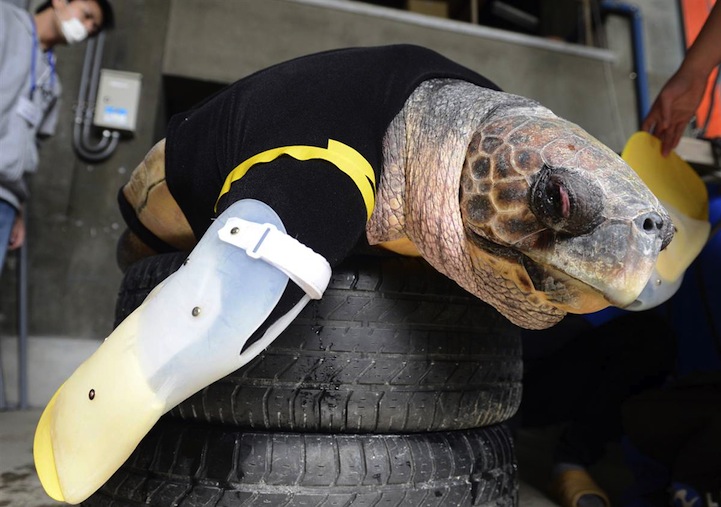 In 2008, Japanese fisherman found a badly injured loggerhead turtle tangled in their fishing nets in the Kii Channel. Upon releasing the sea creature, it was discovered that the forelimbs were severed (half of one and a third of the other) with large teeth marks on them most likely due to a shark attack. Now, nearly five years later, the 25-year-old turtle, who now goes by the name Yu Chan, has been fitted with a new, accommodating pair of artificial limbs.

The custom rubber flippers, which happen to be her 27th pair, have been designed to securely fit her front legs with ease. Previous designs have met troubles that included discomfort and pain for Yu Chan as well as issues with loose prosthetics slipping off. At Suma Aqualife Park, where the saved turtle is staying, the aquarium's curator Naoki Kamezaki says, “We have worked hard to design the vest in a way that prevents the turtle from taking it off unwittingly. Ours may be the only case in which a turtle with artificial limbs is still swimming without a problem.”