The Cringing Art Form of Developing Photos with Bacteria 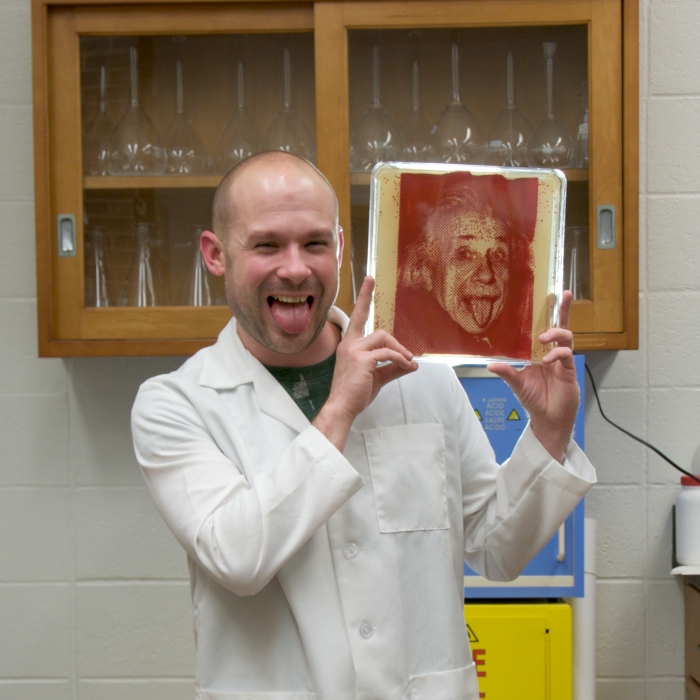 The arts and sciences have for years been categorized as two opposing subjects, each stimulating an opposite side of the brain. However, all of that is rapidly changing in an age where technology and art are merging harmoniously. Today, man can land a robot on Mars and rock a creative hairdo (see: Bobak Ferdowsi). Taking it a step further to a place beyond simple coexistence, microbiologist-turned-visual-artist Zachary Copfer discovered a new, artistic way to develop photographs using bacteria.

Copfer's method of photography, self-coined as Bacteriography, is similar to the common photo developing process with a few major exceptions. Rather than using light sensitive photographic paper and exposing it to light, the bio-artist uses genetically altered bacteria in a petri dish and exposes it to short-wavelength ultraviolet radiation. Once he's satisfied with the bacterial growth (and, thus, the image), Copfer refrigerates the bacteriograph, does another radiation treatment to kill any microbes, and seals it with a layer of acrylic.

It is definitely a very scientific approach to art that has not yet been seen, but perhaps this is the start of a new trend. Copfer says, “I believe that great beauty and poetry reside within the theories woven by scientists. And that it is through the unification of art and science that these treasures can be fully explored and made accessible to the world at large.”

Take a look at some bacteria portraits Copfer created with his inventive method, below. They feature his favorite scientists and artists, playfully labeling the artists like Pablo Picasso as a scientist and the scientists like Albert Einstein as an artist. 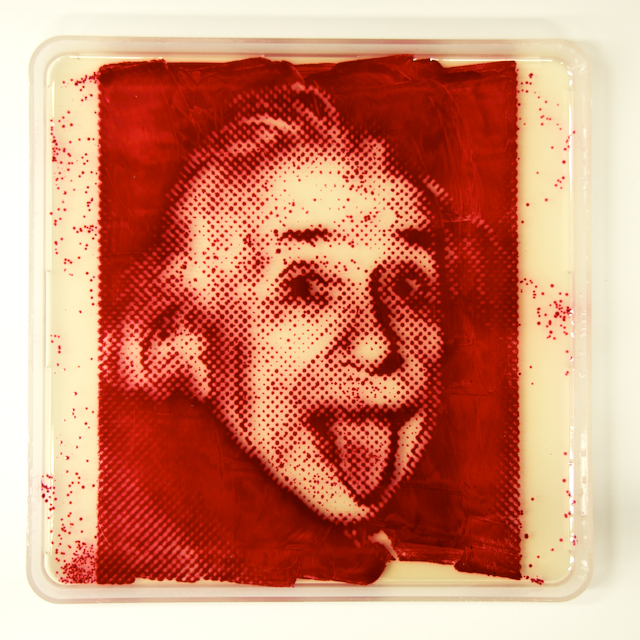 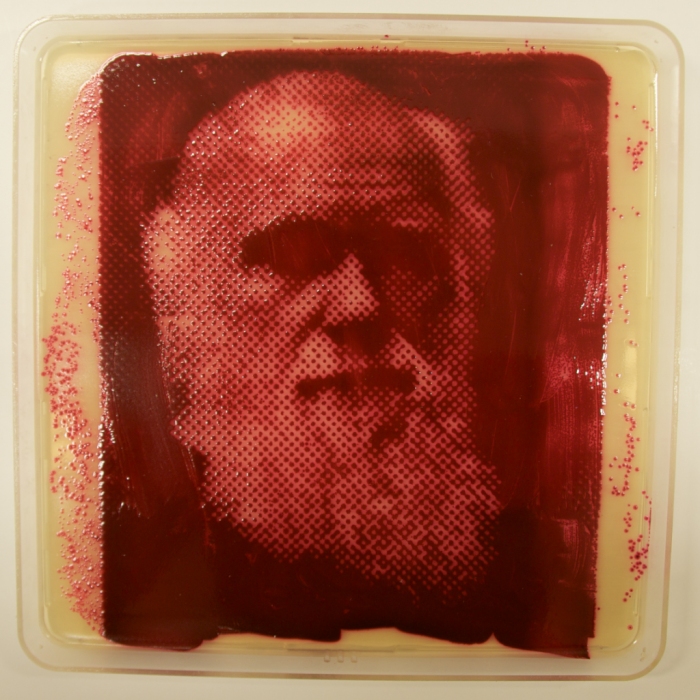 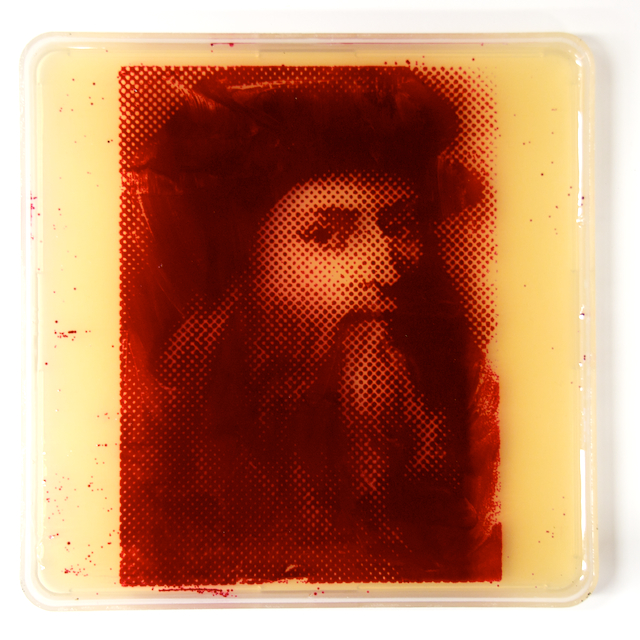 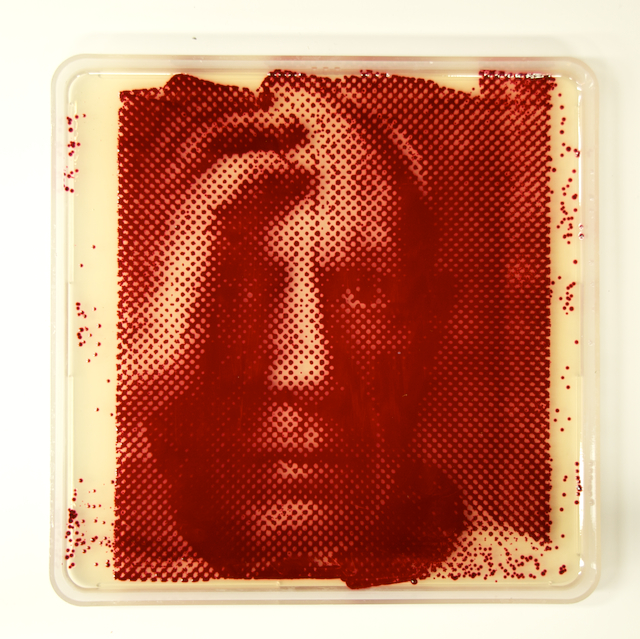