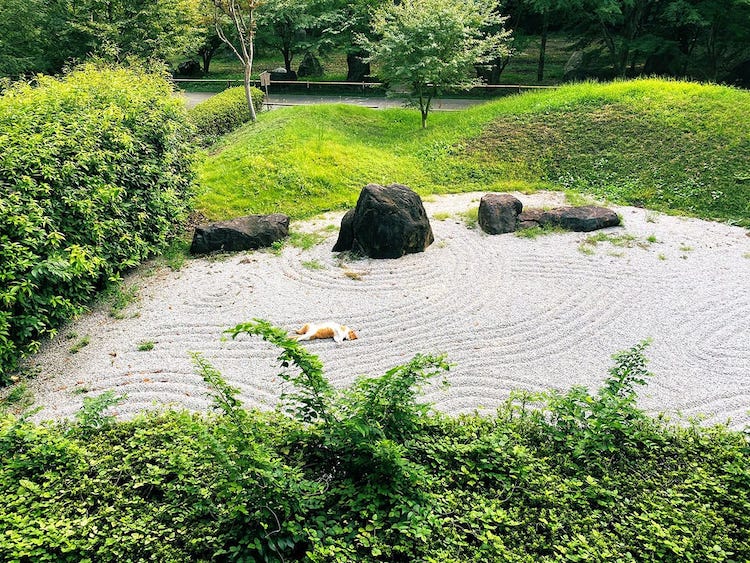 Japanese zen gardens are designed to help people relax and meditate on the meaning of life. And apparently, the traditional tranquil spaces aren’t only beneficial to humans. Twitter user kmt (@syu9ji2) recently shared photos online, revealing how a cat decided to take a nap, right in the middle of the raked gravel ripples at the Kuhonbutsu Jōshinji Jōdo Buddhist temple garden in Tokyo.

Cats don't usually need much convincing when it comes to taking a time out, but the zen garden’s peaceful atmosphere may have had some influence on this particular feline. Kmt's photos show how the ginger tom is completely “at one” with the zen garden. Traditionally, only the garden caretakers are allowed to step foot on the gravel to create the beautiful patterns. However, this cat doesn’t care for the rules, and took it upon himself to stretch out on the sacred ground.

Later, Kmt snapped more photos of the sleepy kitty lounging around the garden, after he had woken up. This furry little guy is clearly a zen master!

Twitter user kmt (@syu9ji2) recently shared photos online, revealing how a cat decided to take a nap, right in the middle of a zen garden in Tokyo. 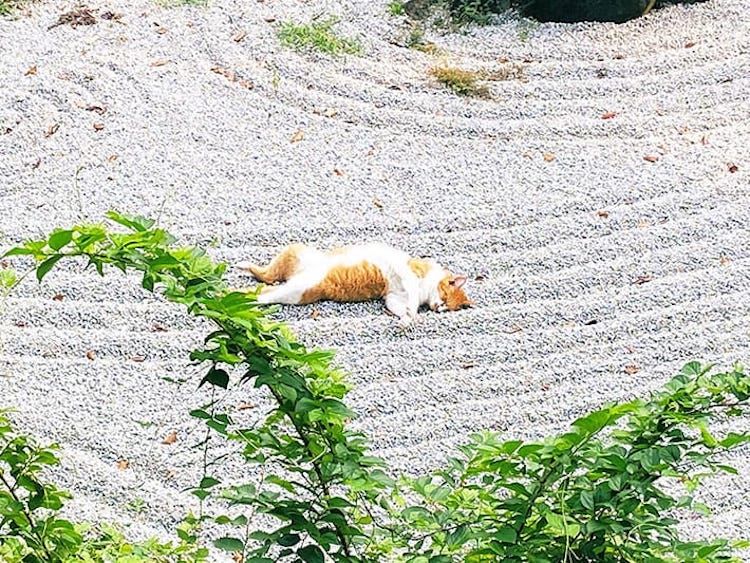 This furry little guy is clearly a zen master! 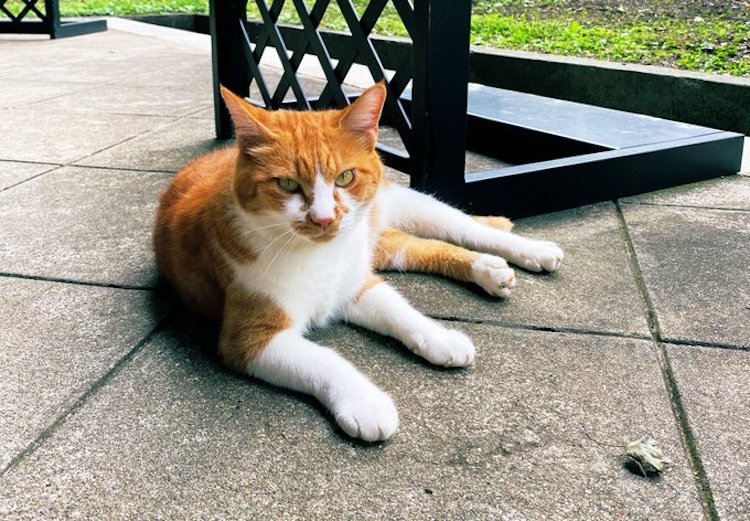 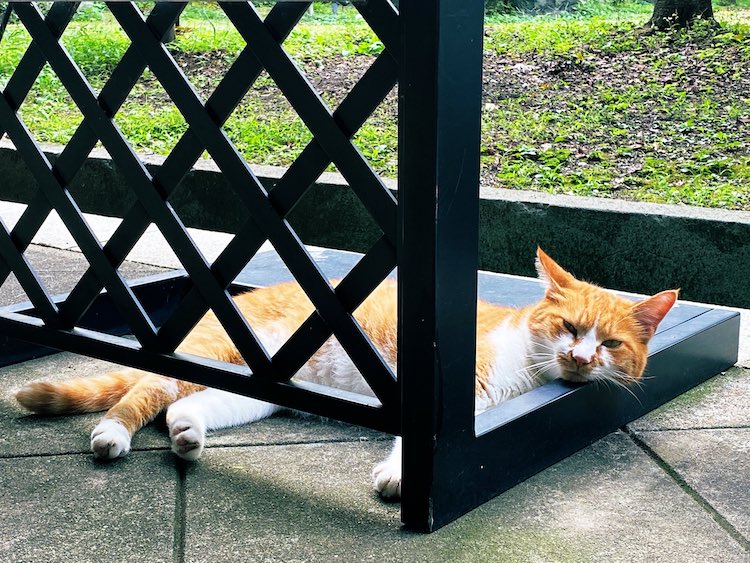 22 Creative Products to Help You Relax, Unwind, and Achieve “Zen”

When in doubt, chill out! 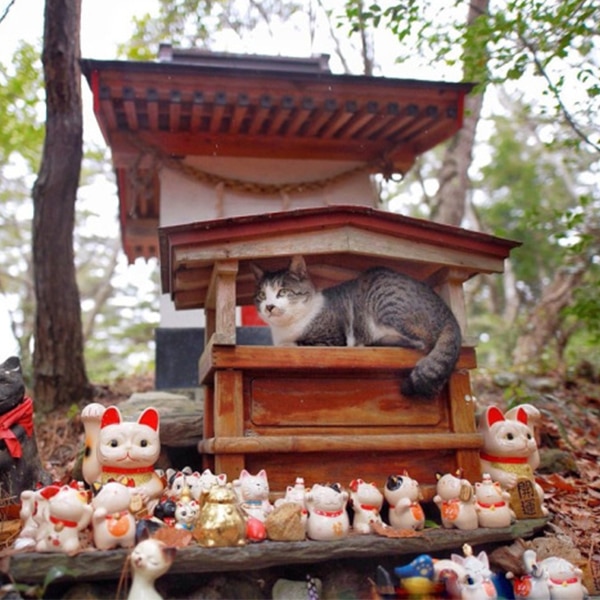 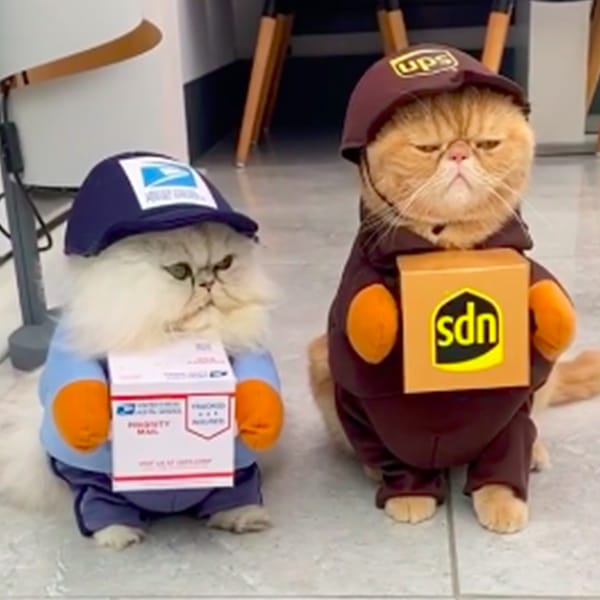 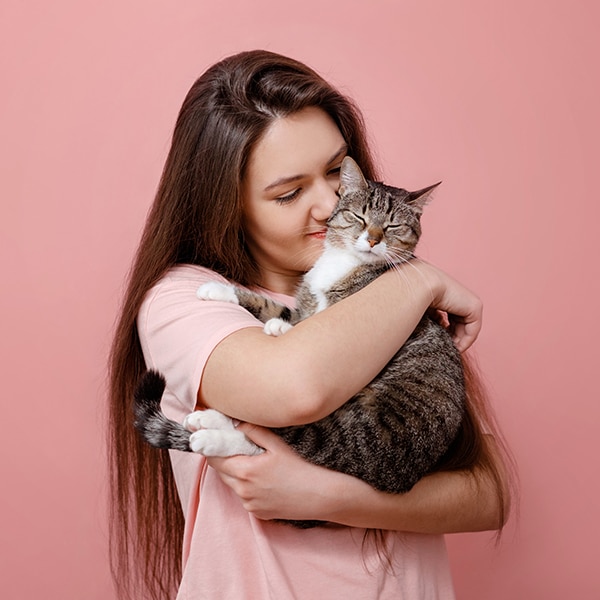 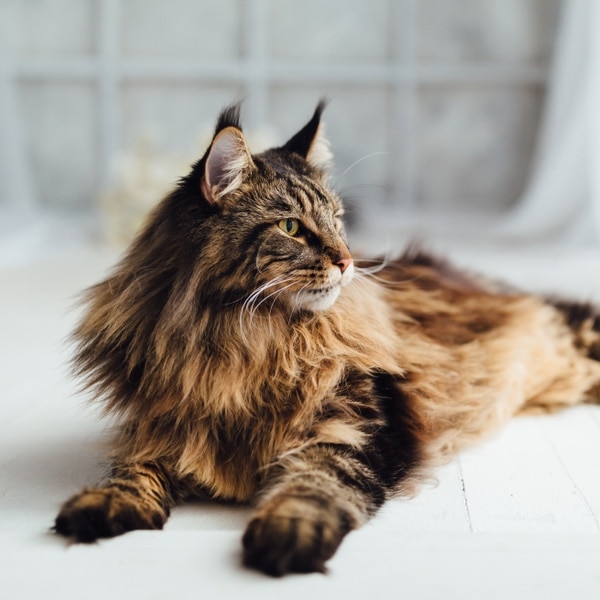 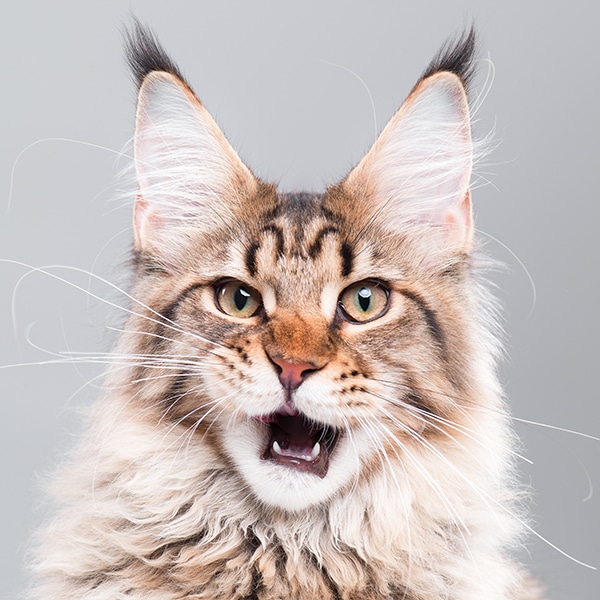 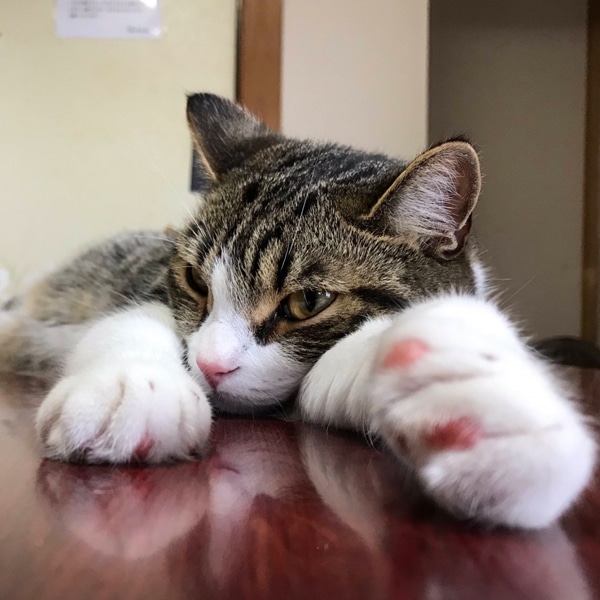 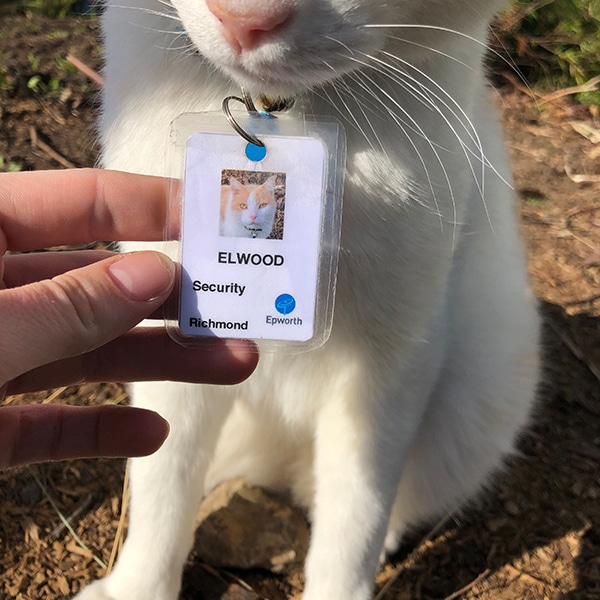 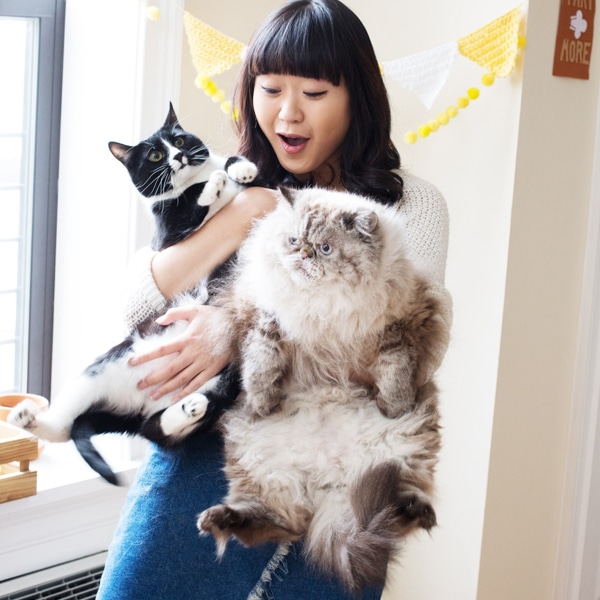