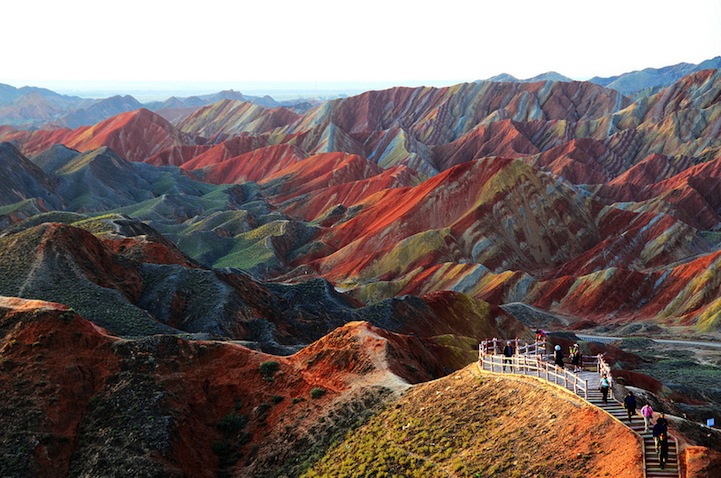 In the Gansu province of China lies the Zhangye Danxia Landform, a beautiful expanse of land featuring naturally formed streaks of color. It's hard to believe, but these images of the vast landscape with a brilliant array of colors are not Photoshopped. They naturally boast rich hues of red, green, and gold in addition to the normal rock pigments of brown, black, and white.

Scientists postulate that the landscape's physical formation is the result of millions of years of orogenic movement, or structural deformation of the Earth's lithosphere due to tectonic plate movements. The mountainous landscape has dealt with water flow fissures, erosion, and oxidization due to high temperatures drying up the basin, which have all played a part in forming and exposing the colorful layers of sediments. Now, the scenic landscape is a tourist attraction. Pathways and boardwalks have been built to further entice visitors and invite them to explore the magnificent terrain. 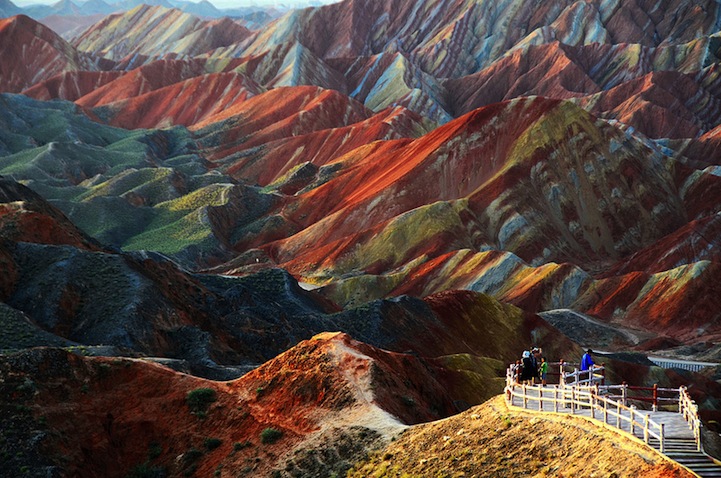 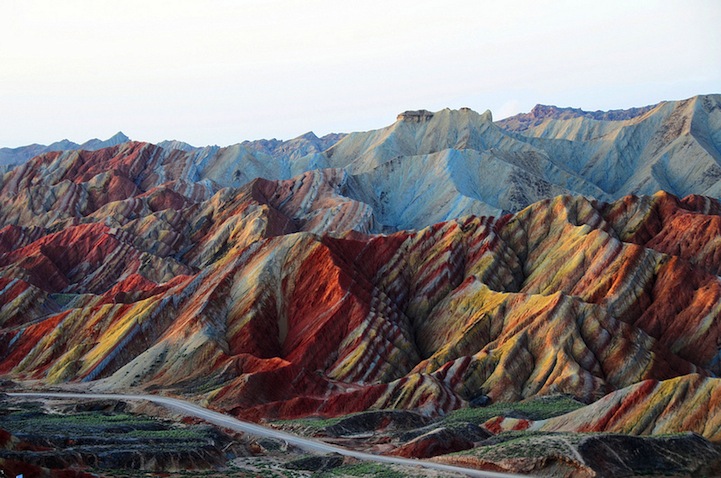 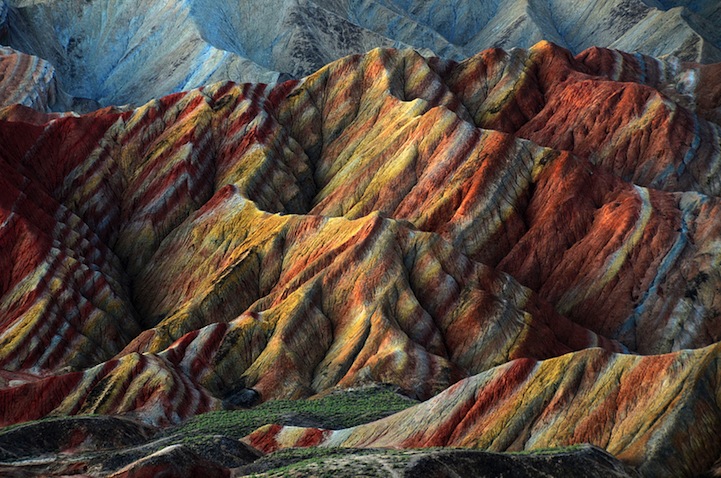 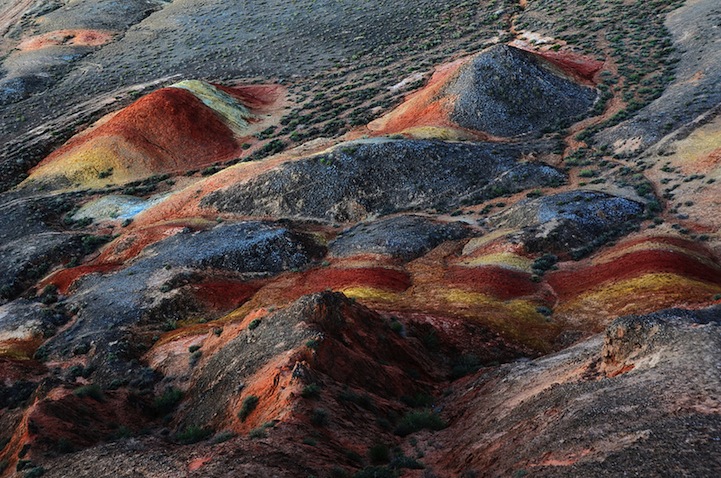 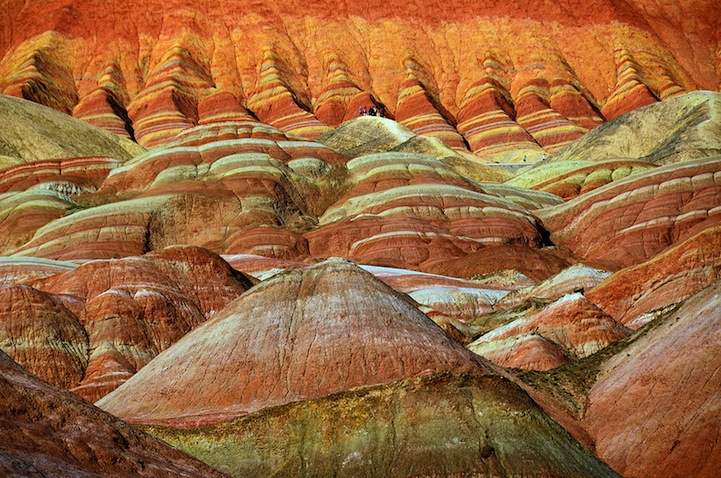 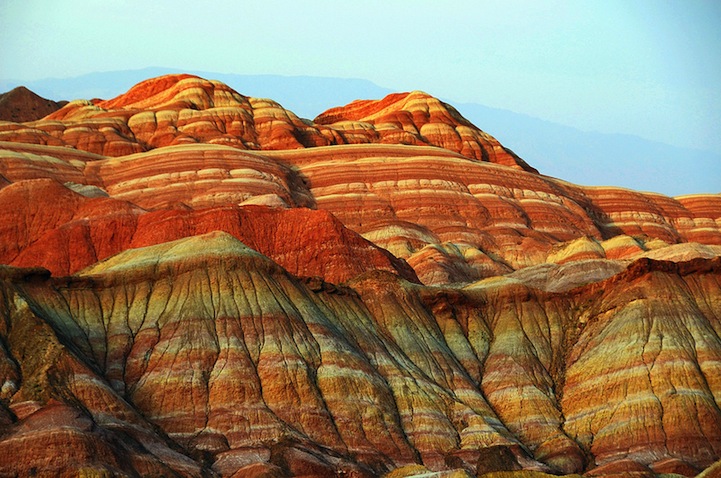 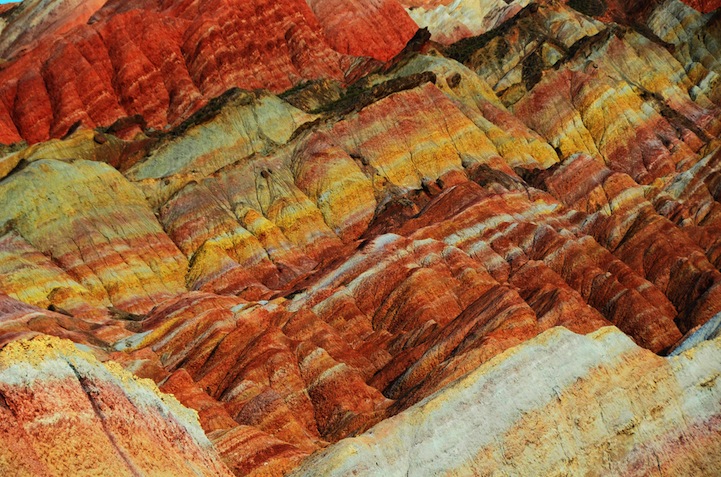