Scientists Just Discovered the Fossil of a Feathery, Winged Dinosaur Known as the "Dragon" 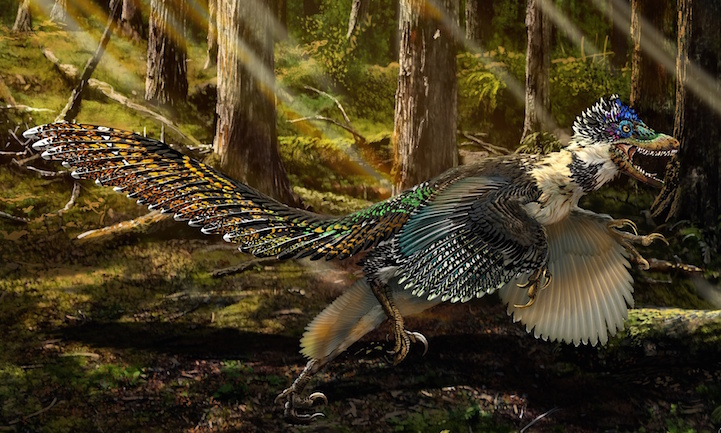 The 125-million-year-old fossil of what scientists call the largest winged dinosaur ever found was recently uncovered in northeastern China. The new species, dubbed Zhenyuanlong suni (“Zhenyuan's dragon”) after the person who procured the fossil for study, was a 2-meter-long dromaeosaur–a feathery, carnivorous dinosaur closely related to the velociraptor.

Contrary to the scaly depictions of raptors in movies like Jurassic Park, dinosaurs like Zhenyuanlong suni were actually covered with feathers, giving them a birdlike appearance. The near-complete skeleton of the newly discovered species, which was beautifully preserved in sedimentary rock that formed in ancient lake beds in the Liaoning Province, provides a clear look at the impressive plumage that sprouted across its head, wings, and tail. This remarkable find, along with the uncovering of other feathered fossils in the area, has led researchers to believe that many dinosaurs, if not all of them, may have had feathers and downy hair.

“It will blow some people's minds to realise that those dinosaurs in the movies would have been even weirder, and I think even scarier–like big fluffy birds from hell,” said Dr. Steve Brusatte, a paleontologist at Edinburgh University who led the study with Professor Junchang L from the Chinese Academy of Geological Sciences.

It may be surprising to learn that, despite its feathered wings, the Zhenyuanlong suni was unable to fly because of its large body and short arms. As far as scientists know, the function of the wings is a mystery, although they speculate that they may have played a role in the protection of their eggs, attracting mates like modern-day peacocks, or even gliding among the trees.

Above: An artist's impression of the dinosaur. Image source: Chuang Zhao 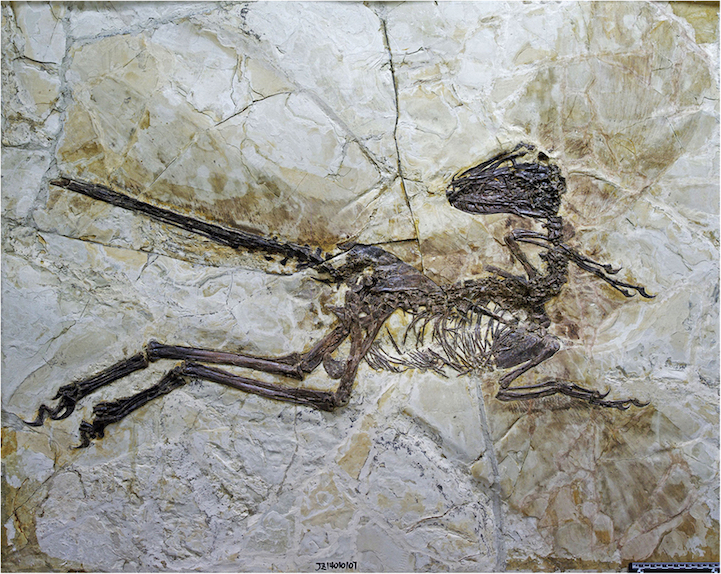 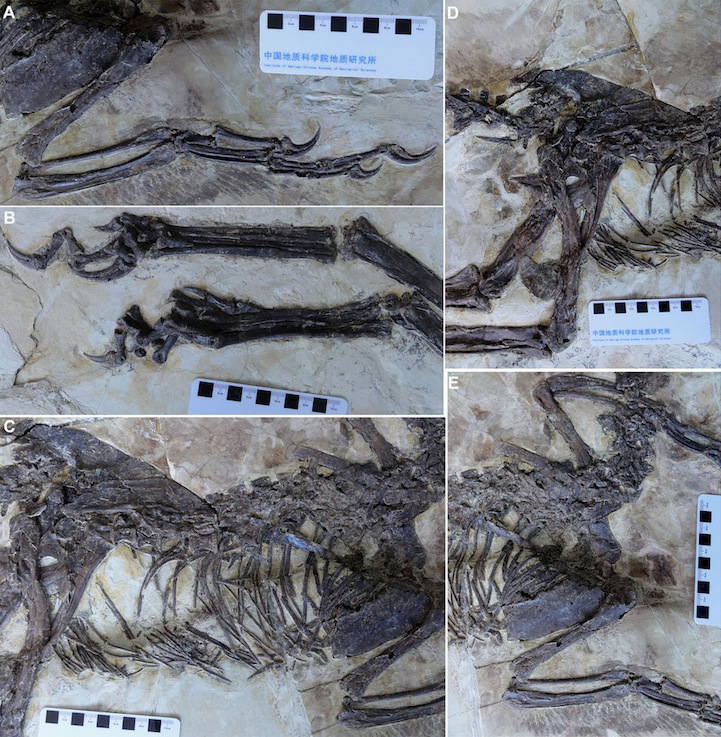