Stylish Fox’s Den Made Entirely Out of Paper and Leather 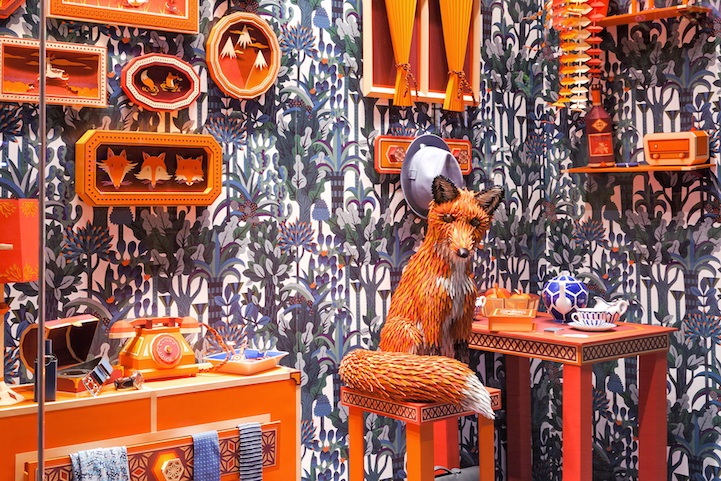 When luxury brand Herms wanted to create unique window display for their Barcelona store, they turned to one team for help. France-based studio Zim&Zou which consists of two graphic designers – Lucie Thomas and Thibault Zimmermann – were already known by Herms for their exquisitely crafted paper sculptures. Instead of giving them detailed instructions on what they wanted, Herms asked the duo to come up with three ideas from which they could choose from. “We didn't have a precise brief, as this was a carte blanche, so we had a lot of creative freedom, which was very much appreciated,” Zimmermann tells us. Interestingly, the concept that was picked was the one that Zim&Zou also loved the most. It was called The Fox's Den.

For over a month and a half, Zim&Zou crafted their one-of-a-kind project using only paper and leather. The fox sculpture alone, which was made from Herms' leather remnants, took two weeks to make. Each small piece was cut by hand and then glued slowly together so that the fox could look as realistic as possible.

The story goes that the fox has just moved into his new apartment, taking with him all of his belongings. Not only does he have his necessities, like his furniture and places for his shoes, hat, and ties, he's also brought along with him his personal objects like picture frames of his friends and family, his favorite bottle of wine and his books. “In order to personify the fox, the den represents a human apartment,” Zimmermann says. “It highlights the fox's character, showing us his refined and intelligent side.”

All of the objects, aside from the Herms products, were handmade with orange colored paper, and, when it called for it, enhanced with leather. The whole, incredible installation took 68 tubes of glue and 144 large sheets of paper.

“We really hope that people will appreciate the dedication to details,” Zimmermann says. “We're always trying to tell a story in our windows, so we hope that viewers will have as much fun looking at this installation as we felt creating it.” 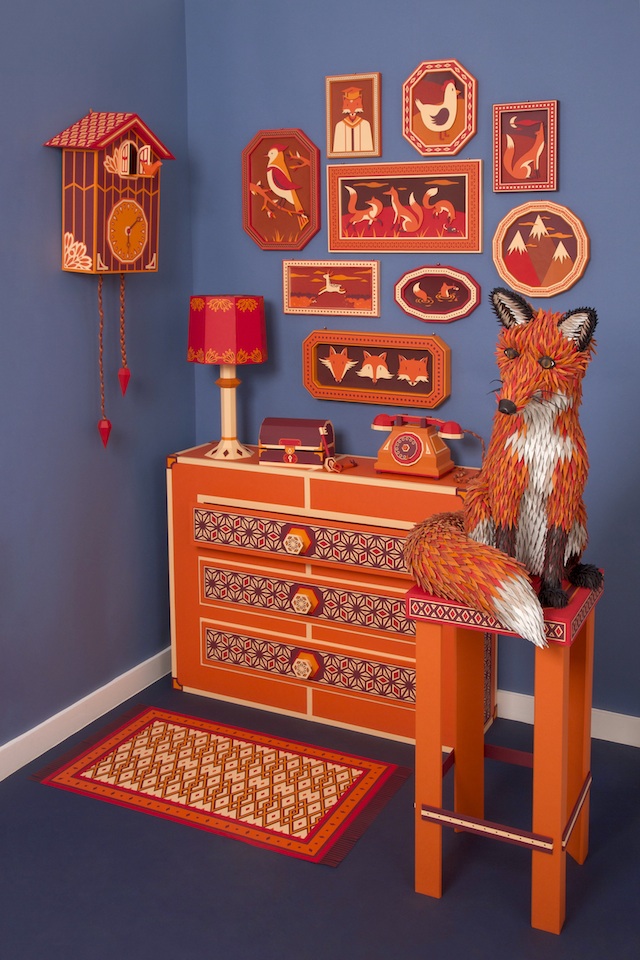 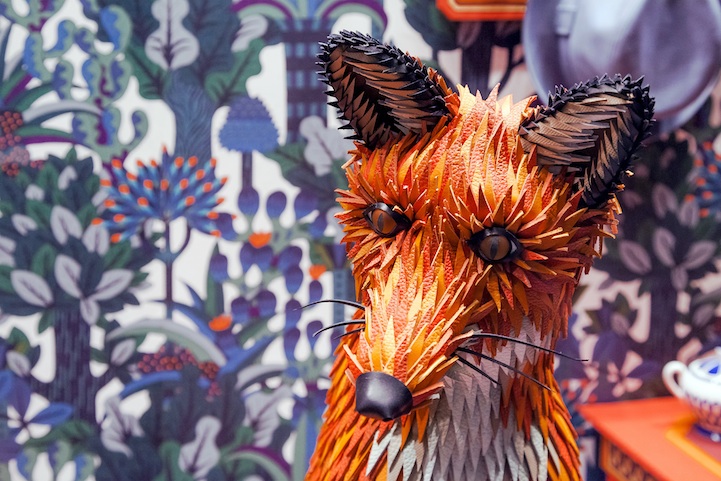 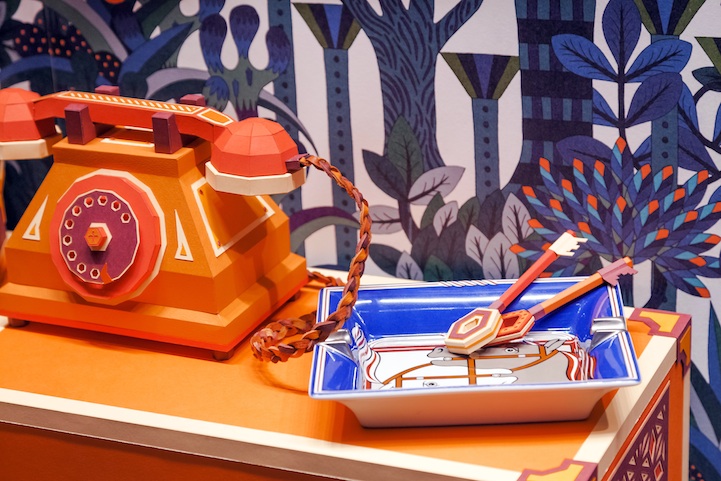 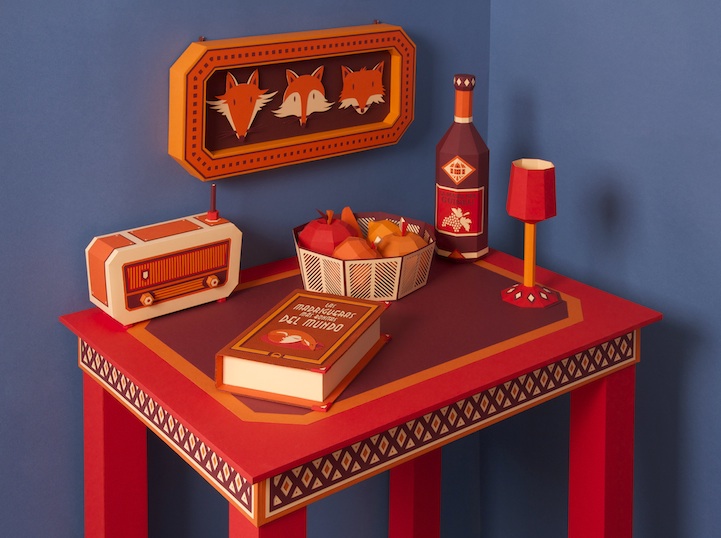 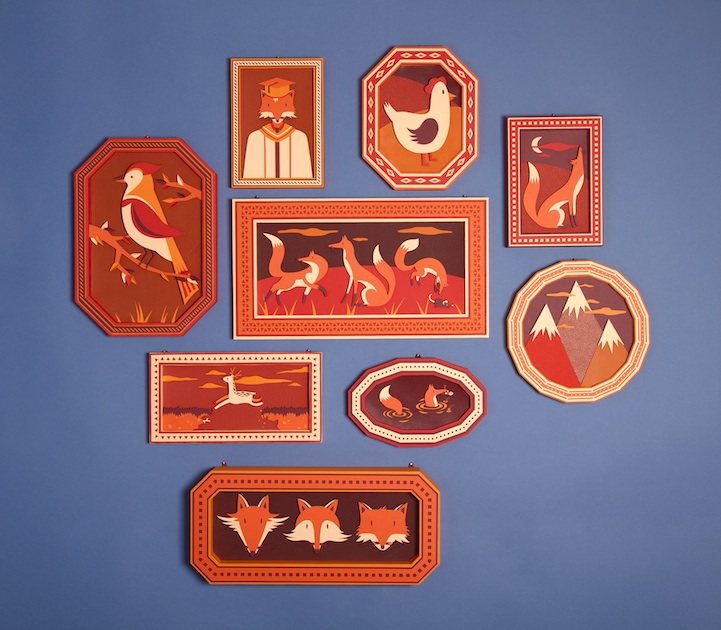 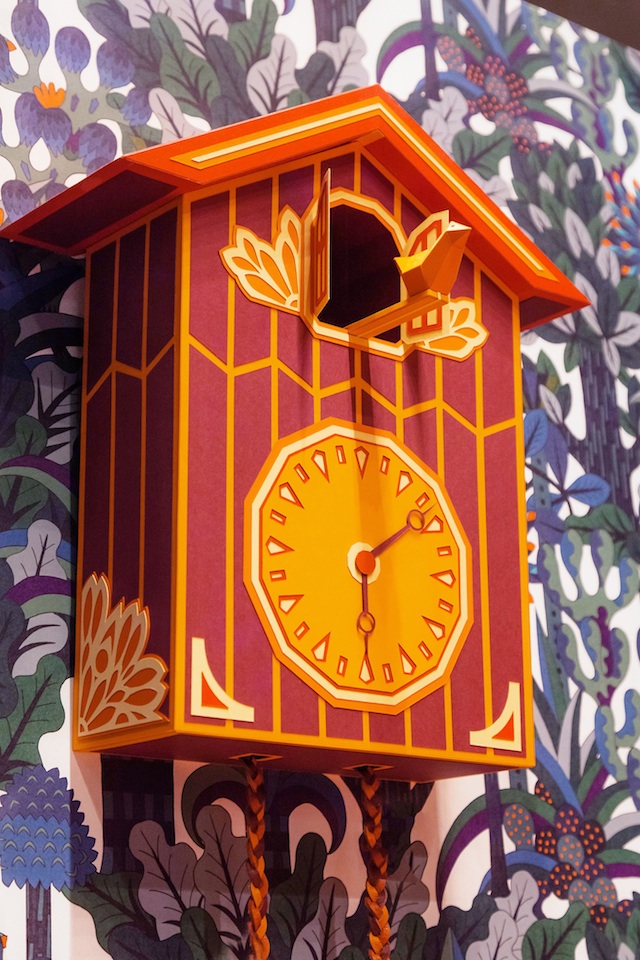 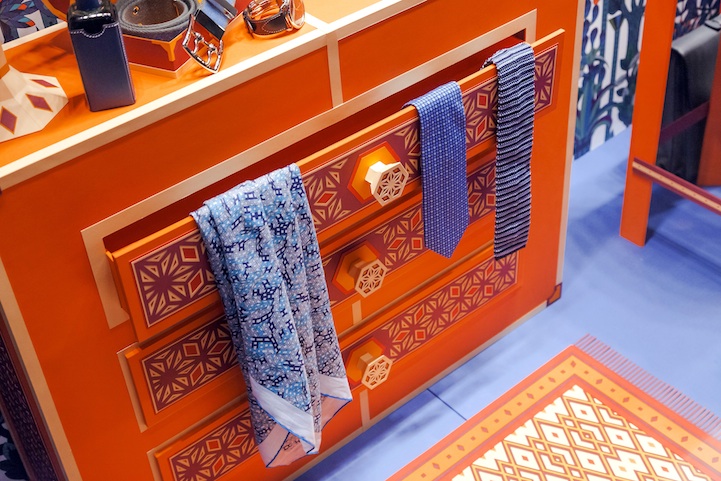 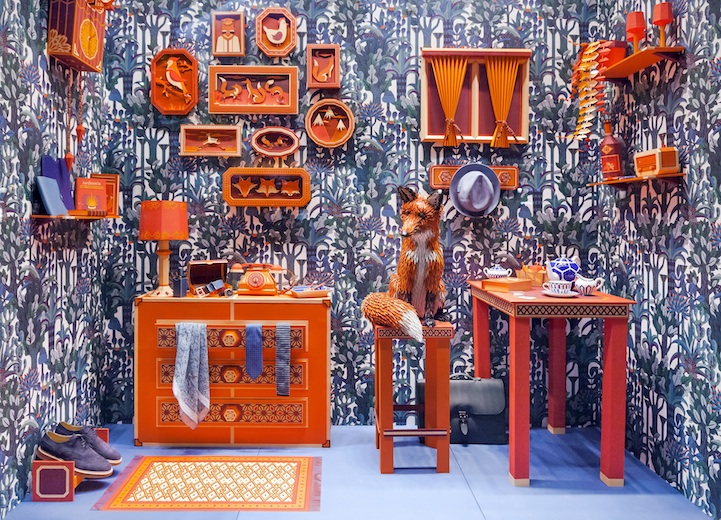 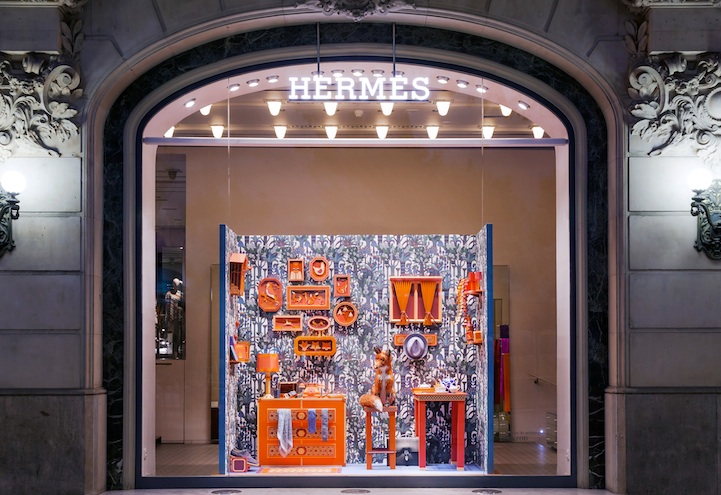