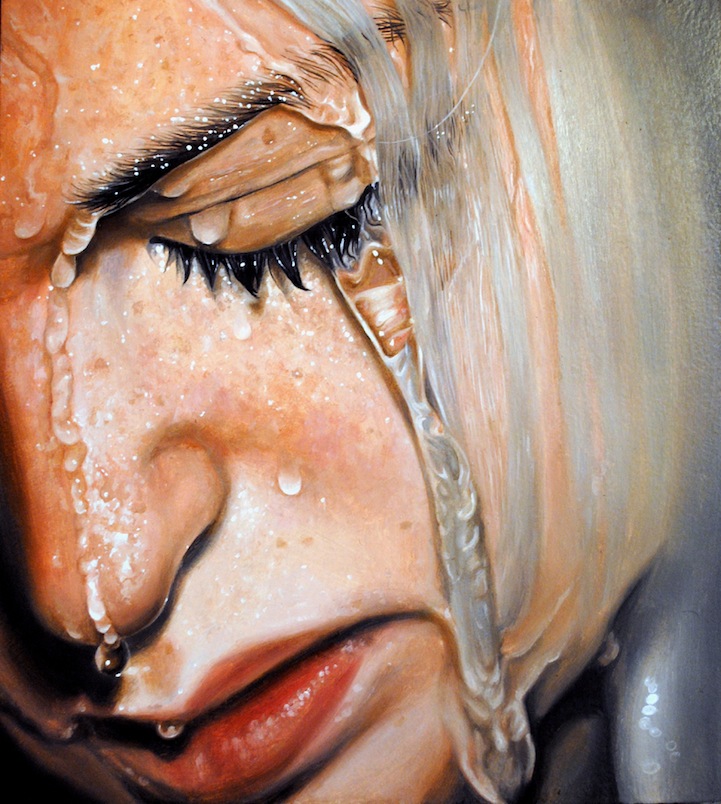 There's something both sensual and tranquil about artist Linnea Strid‘s photorealistic paintings. The Stockholm, Sweden-based creative's oil paintings depict intriguing portraits of people drenched in water. Strid is able to depict the translucent liquid so effectively that it allows viewers to truly believe that they are looking at a photograph rather than a painting.

The fact that the expressive faces distorted in the reflective water is so brilliantly executed creates an added layer of emotion that translates off the canvas. Despite the crystal clear water washing over a sense of calm in the viewer's mind, the gifted artist's growing collection of artwork manages to alternate between moments of serenity and panic as her subjects submerge and emerge from their watery encasements.

In some instances, we see the subject in a peaceful, perhaps pensive, state as they lie on their backs in the water. In other portraits, Strid presents her painted figures as submerged faces, squeezing their eyes shut, and holding their breath. Yet in other images, there are people emerging from the suffocating liquid confinement, gasping for air as beads of water stand still in midair. Each scene has its own set of emotions and narratives that are left for the viewer to decipher. 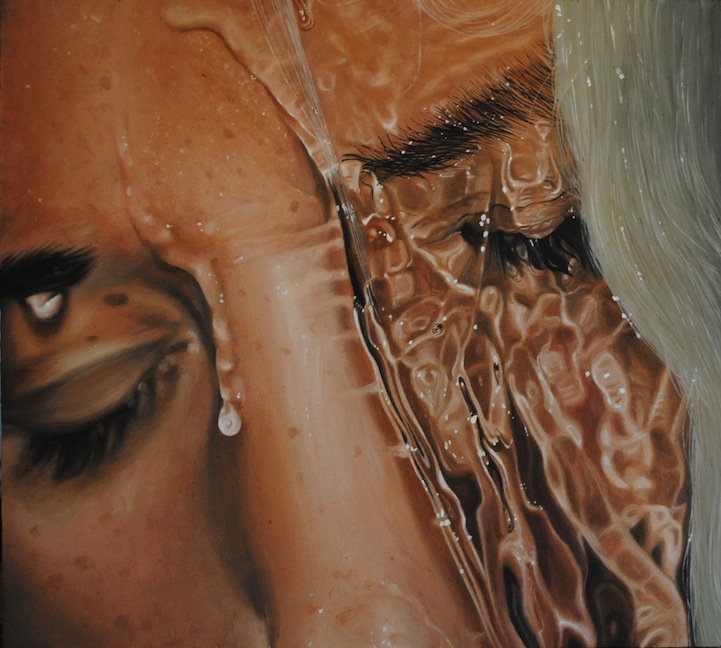 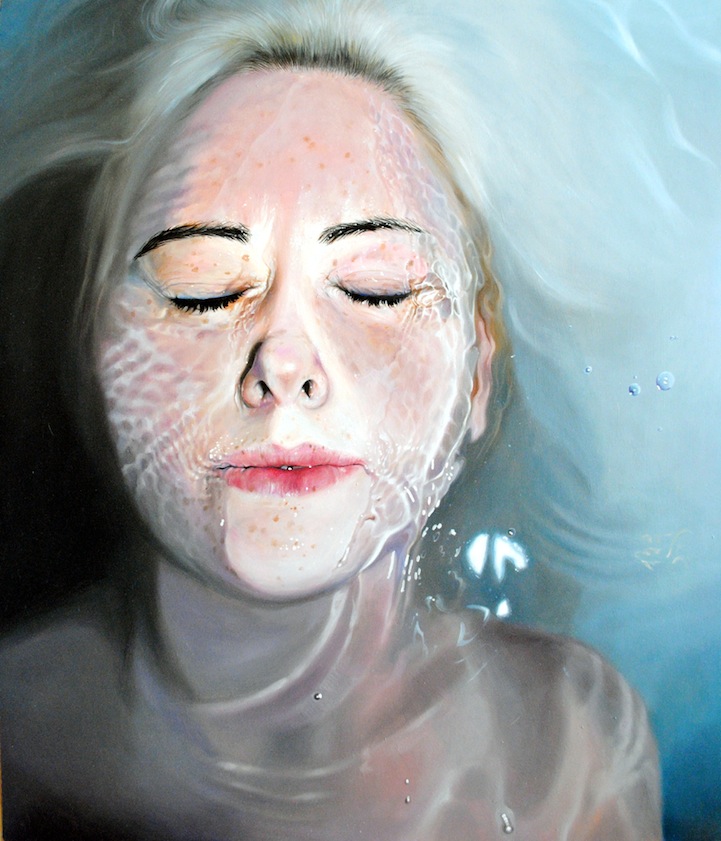 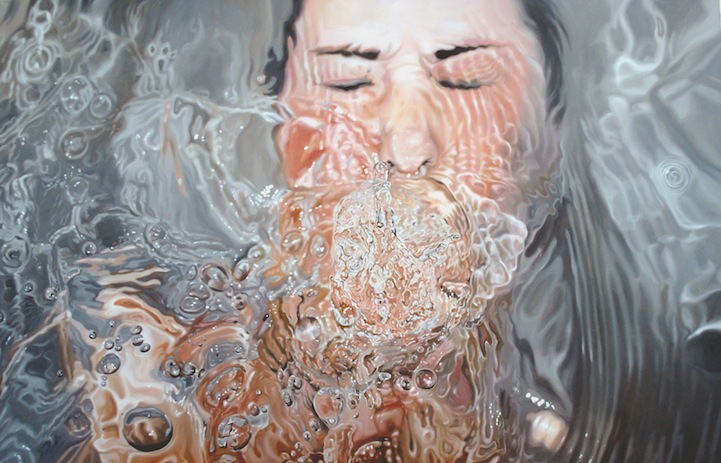 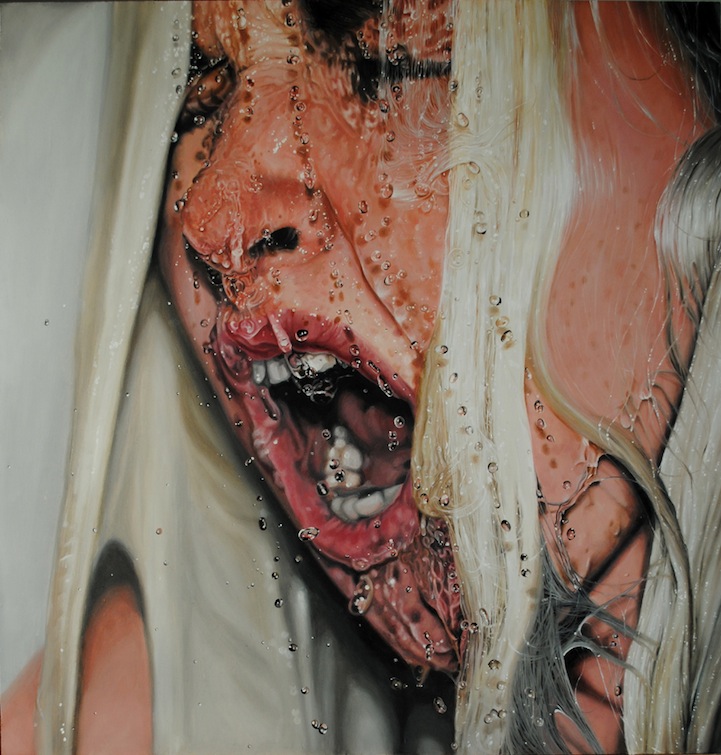 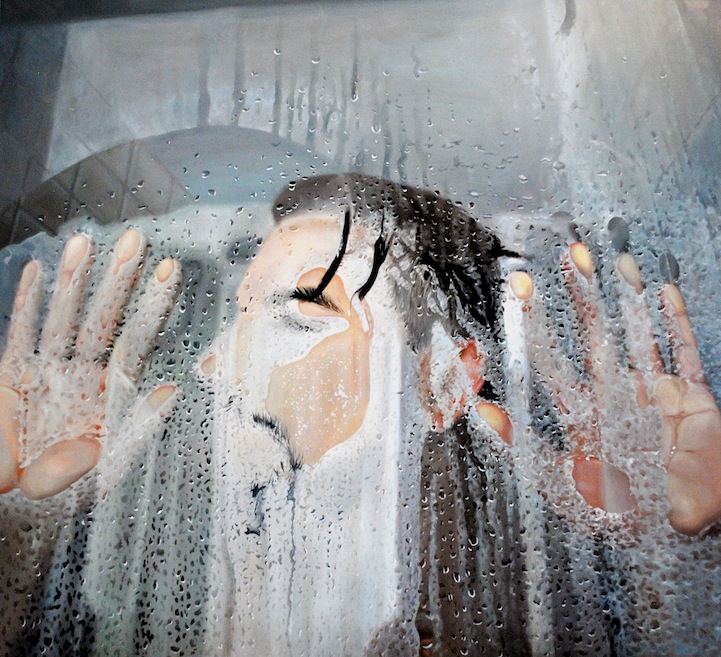 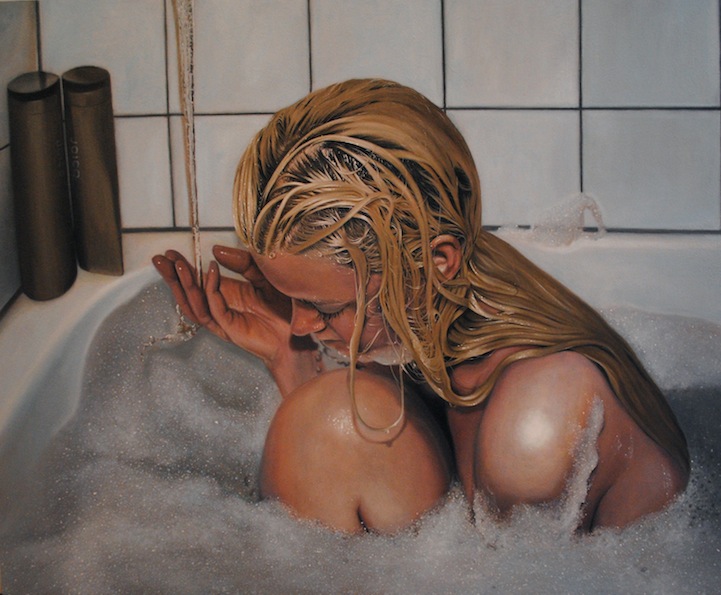 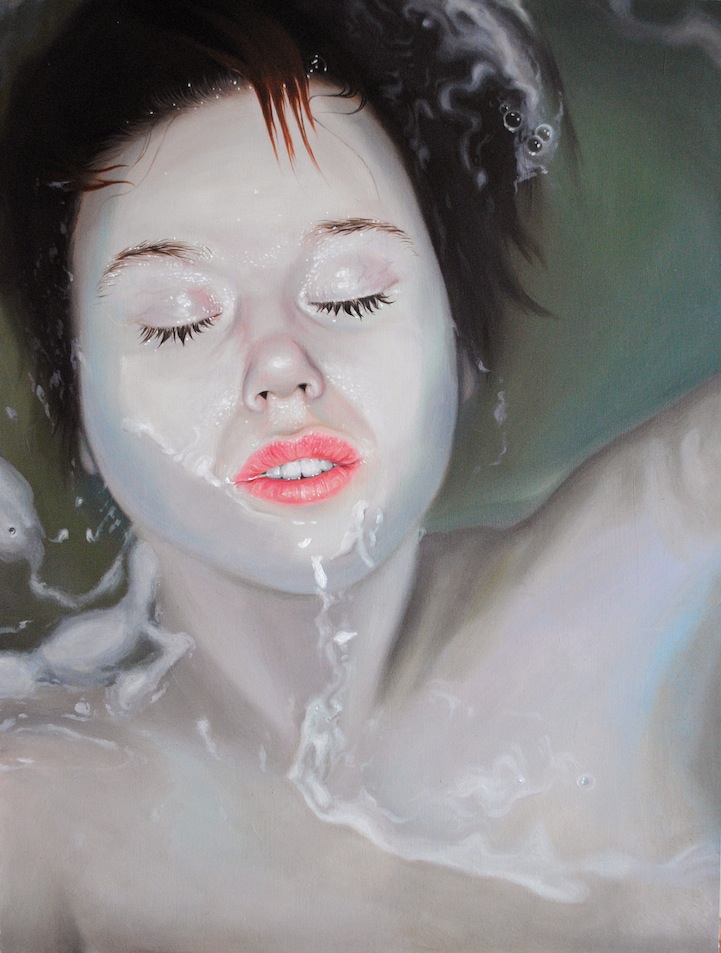 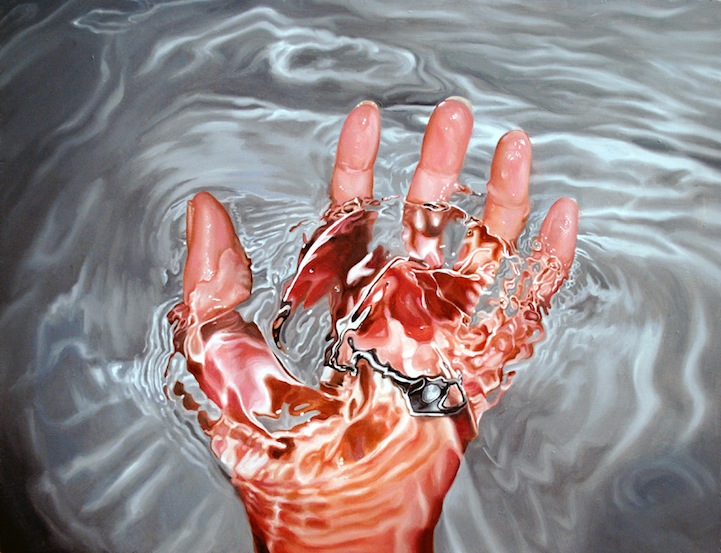 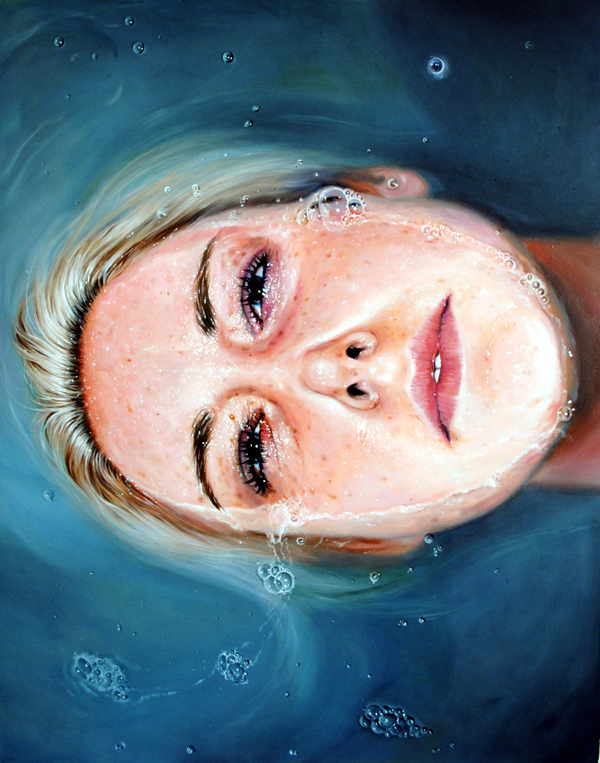 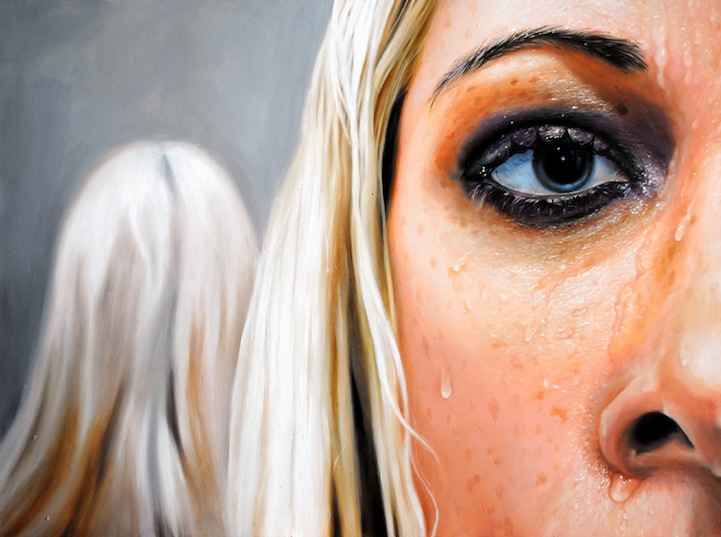 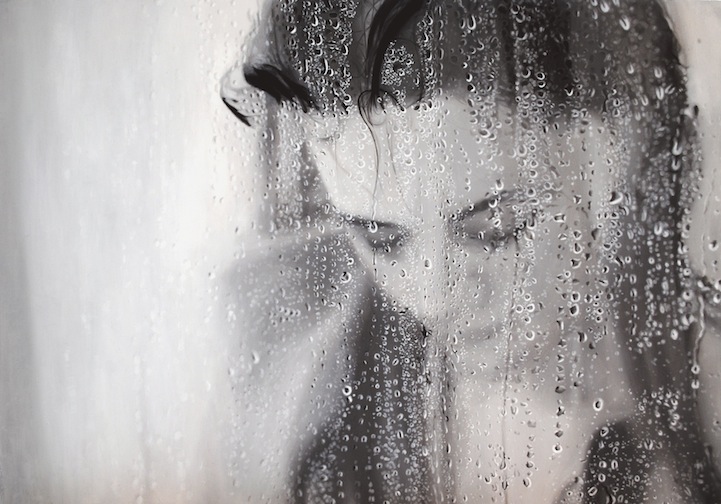 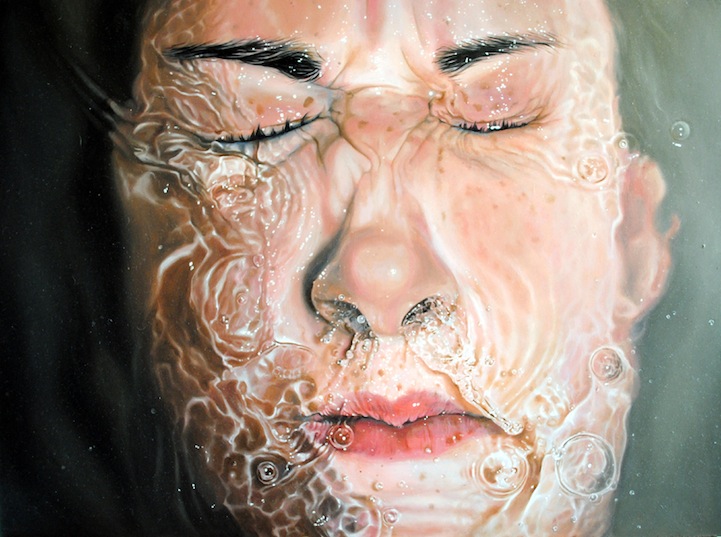 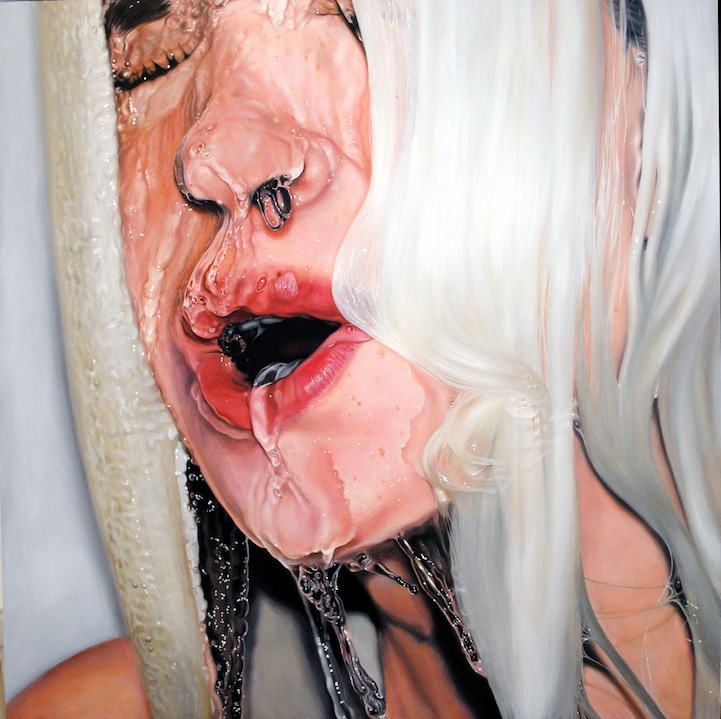