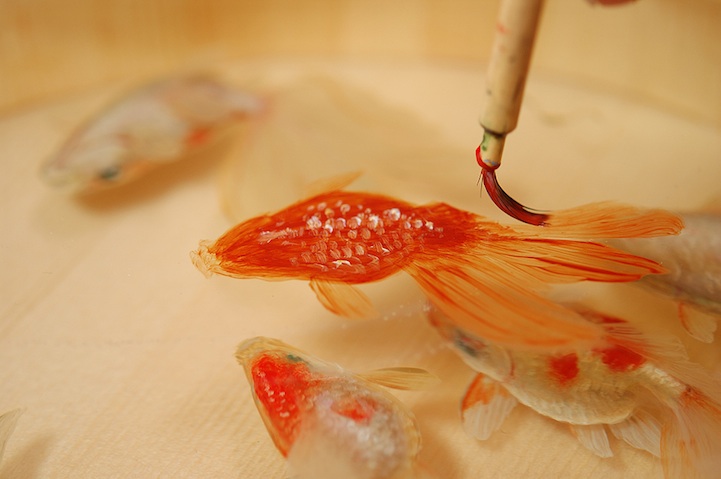 Though he had been creating them for years, Japanese artist Riusuke Fukahori busted out into the online art scene only last year with his three-dimensional goldfish paintings created by pouring resin. It's interesting to note that once he even began using resin, the artist kept it a secret for eight years until he perfected his technique. Of course, many copycat artists emerged, though you can easily tell which ones are Fukahori's just by looking at the container. Each of his fish works are found inside common Japanese household items like bowls and cups.

As he states, “I didn't invent resin and not the first to use resin. I am not a resin artist. I am a goldfish artist. I think it's obvious which pieces are Riusuke Fukahori pieces because the imitators use the wrong containers. They will never understand goldfish the way I do. They are only copying the craft, not the soul.”

What makes Fukahori's works so amazing, however, isn't the containers they reside in, it's the technique he uses. He creates these hyper-realistic sculptures of swimming goldfish by a slow and meticulous process. First, he pours a layer of resin, lets it dry, and then paints a small portion of the fish on top it, lets it dry, and then pours another layer of resin, repeating this process until he makes a three-dimensional representation of a goldfish.

For Joshua Liner Gallery in New York, the artist is exhibiting a new body of work. From now till January 18, 2014, come see The Painted Breath to witness what can only be described as a magnificent cross between a painting and a sculpture up close and personal. Now, courtesy of the gallery, here's what you can expect to find. 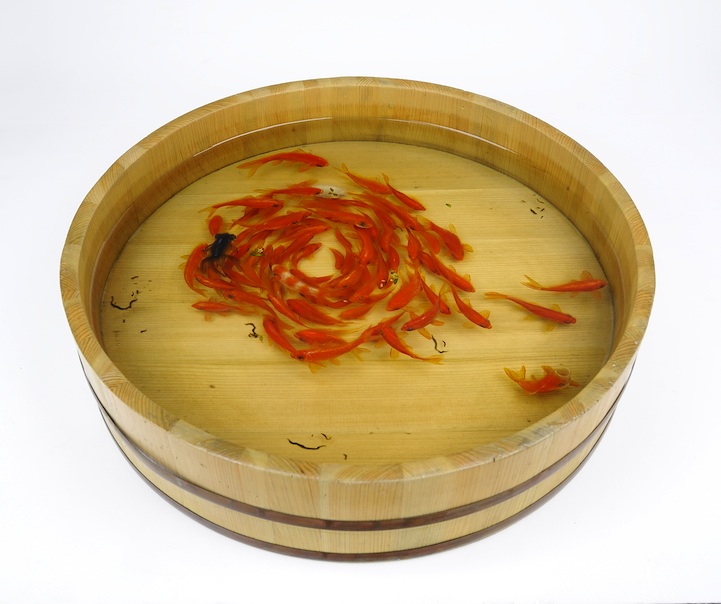 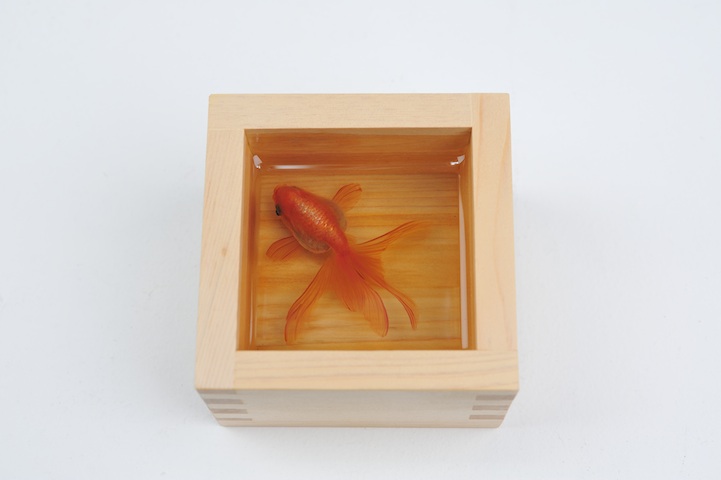 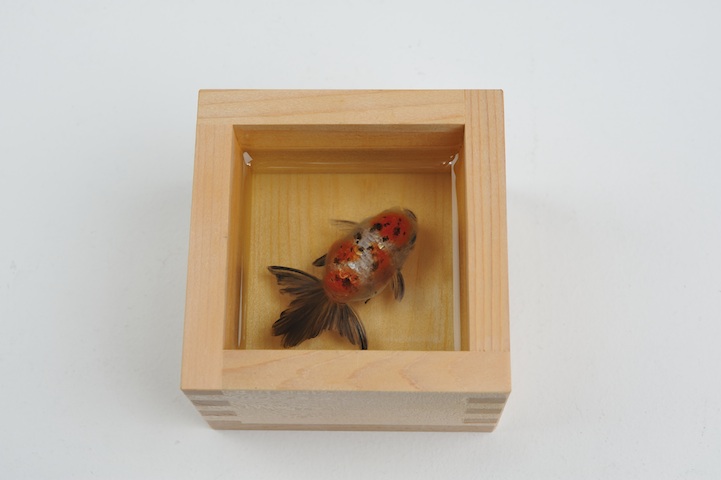 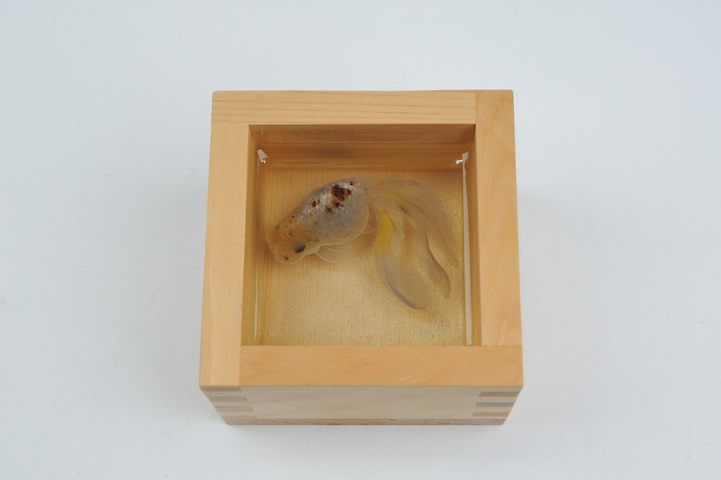 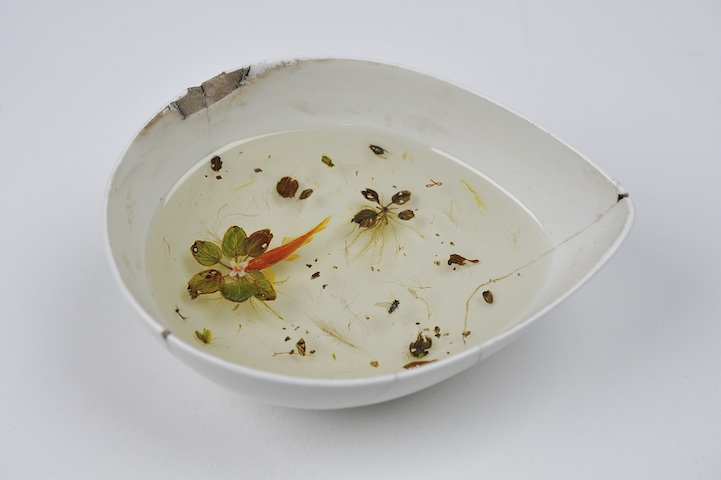 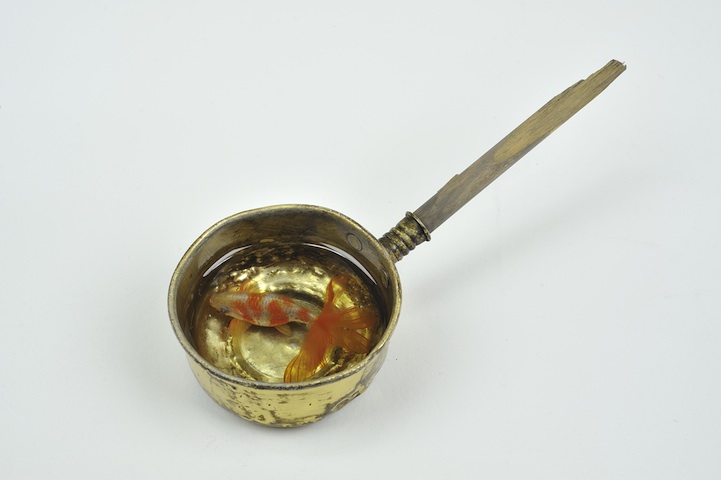 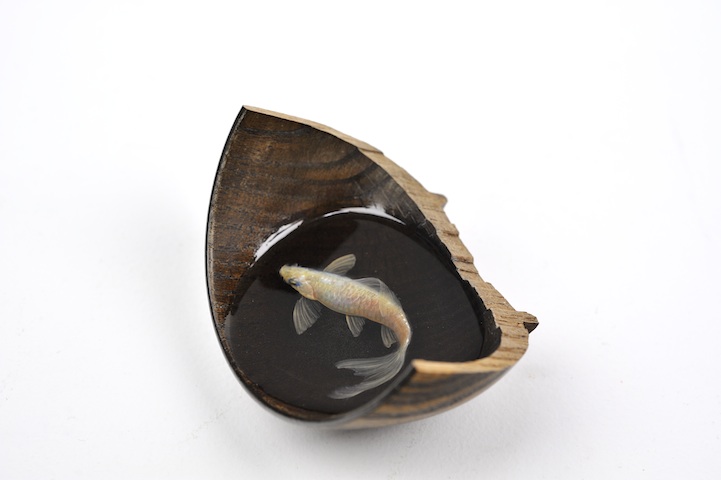 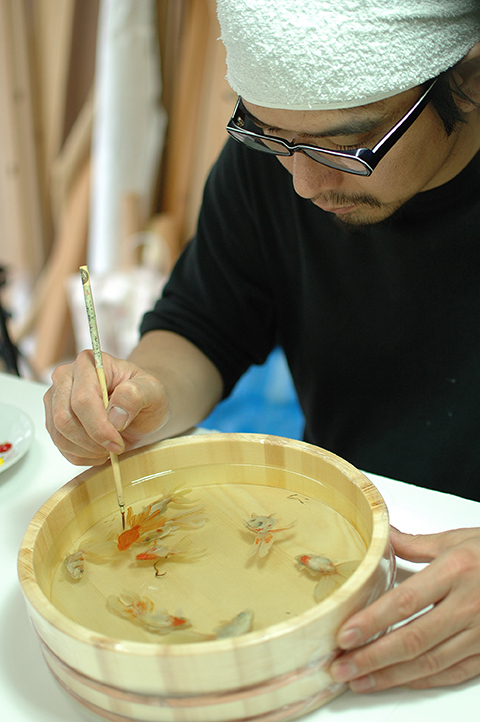