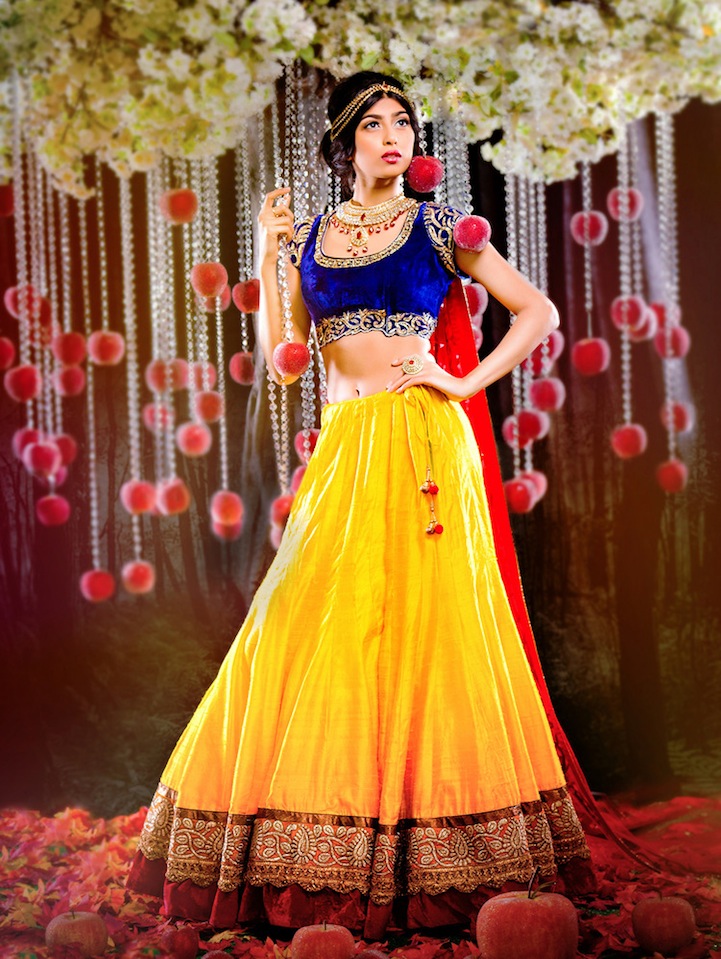 Amrit Grewal, a Vancouver-based wedding photographer, re-imagines Disney princesses as Indian brides in this enchanting photo series. The high-budget photo shoot showcases nine iconic princesses in gorgeous portraits that draw on elements of Indian culture to re-create the looks. For example, Ariel's outfit is fashioned from a fitted, blue-and-green sari that flares at the bottom, reminiscent of a mermaid tail. The decadent scenes were not inexpensive to produce. The price tag on Sleeping Beauty's dress was $10,000, and Rapunzel's long braid was adorned with thousands of dollars of diamonds and other jewelry.

An interesting element about this project is that Indian culture overlays cultural elements already present in the Disney storylines. For instance, Pocahontas' dress displays a combination of Indian and Native American-inspired designs, and Mulan's attire draws from Asian patterns and Indian embroidery. The photographer says that Disney princesses were a common theme among many Indian brides he worked with, and he intended for the series, originally published in South Asian Bride Magazine, to highlight “how mainstream Disney can migrate into other ethnicities.” 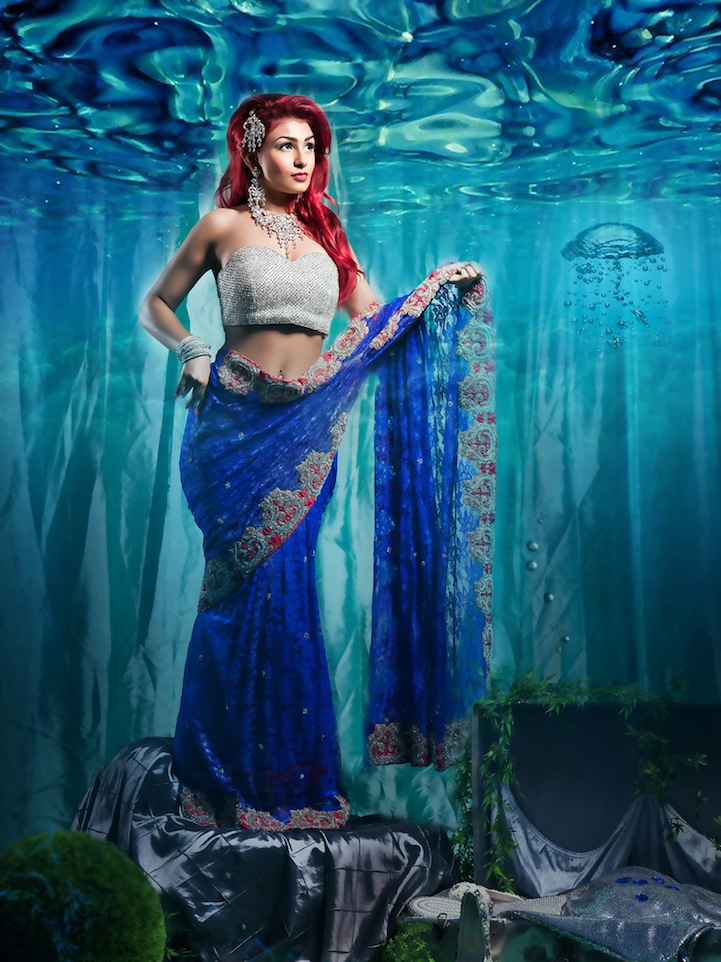 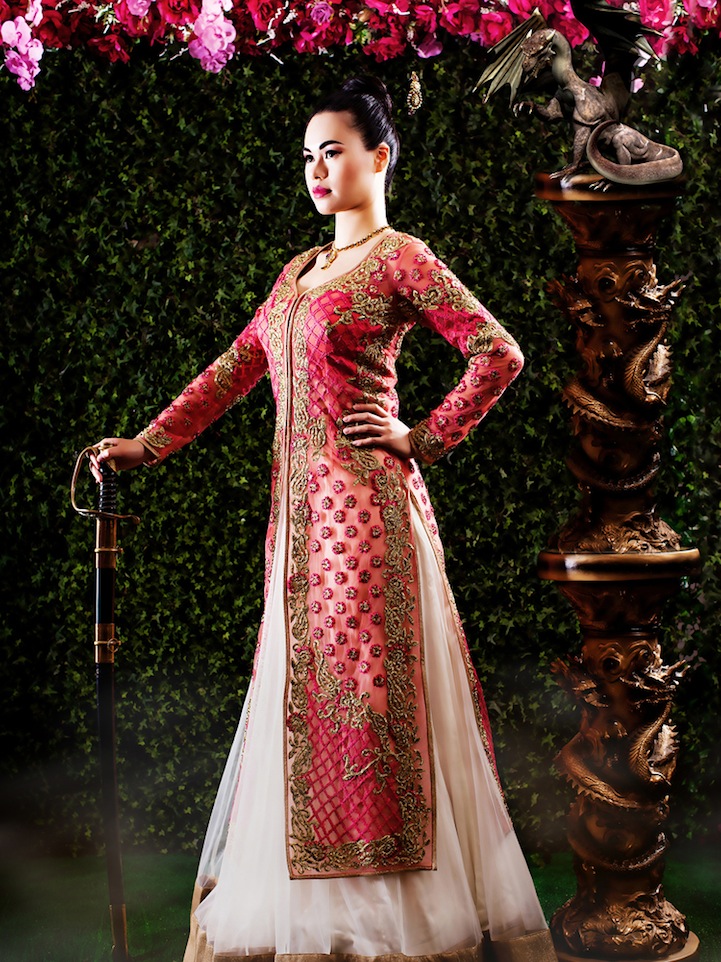 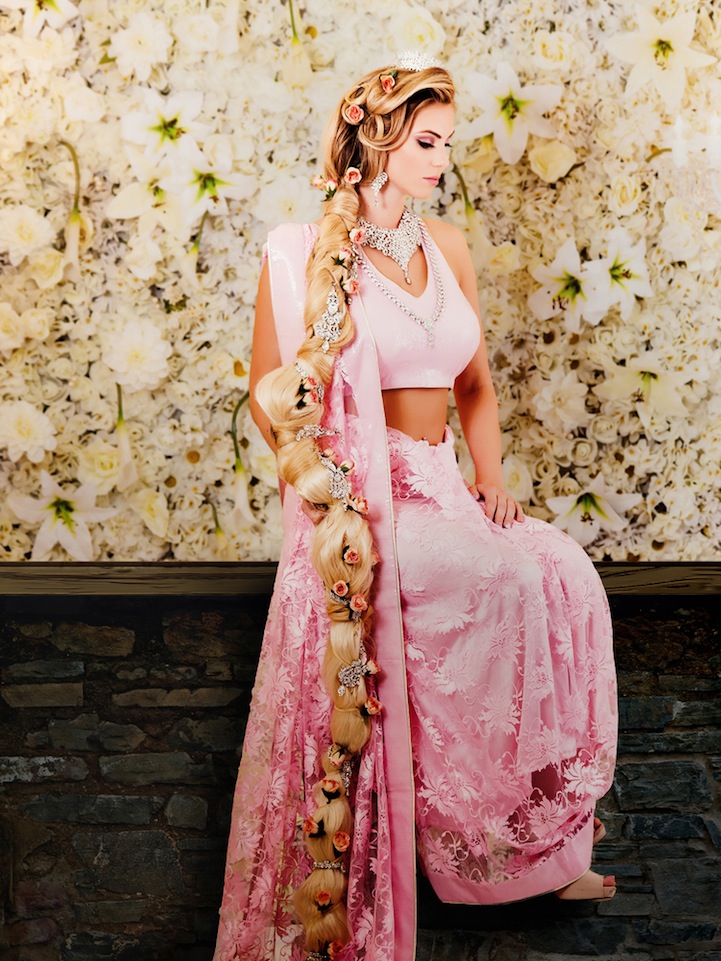 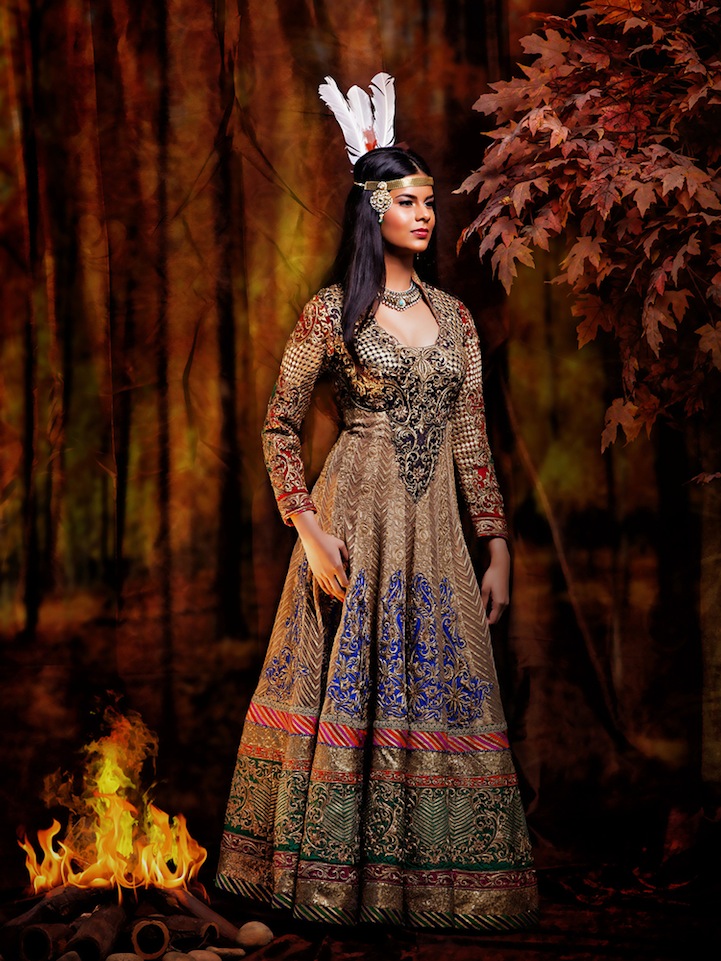 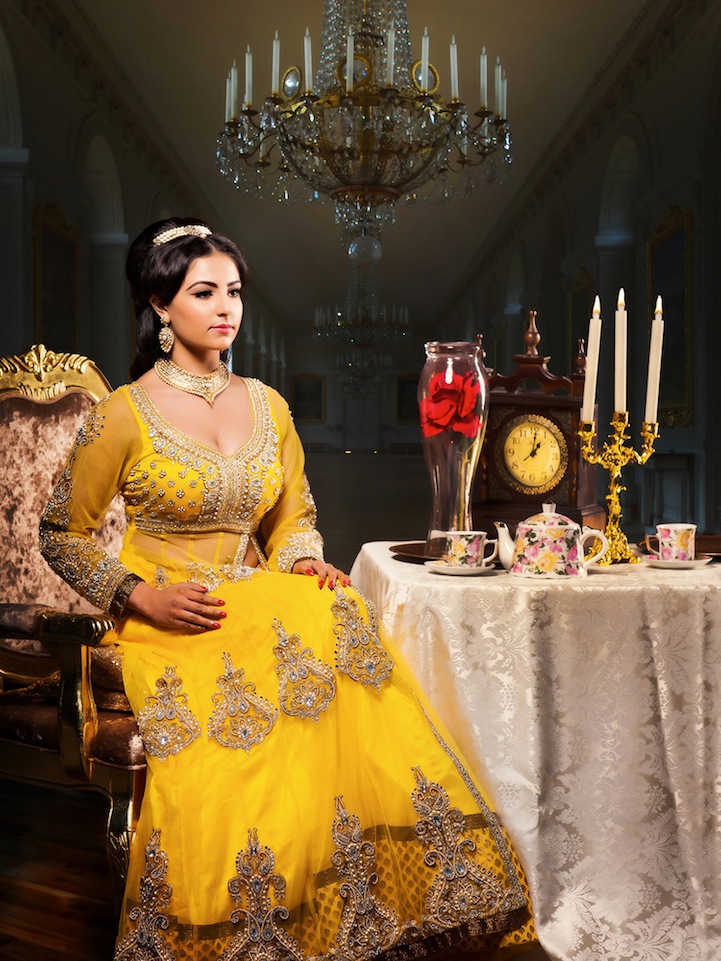 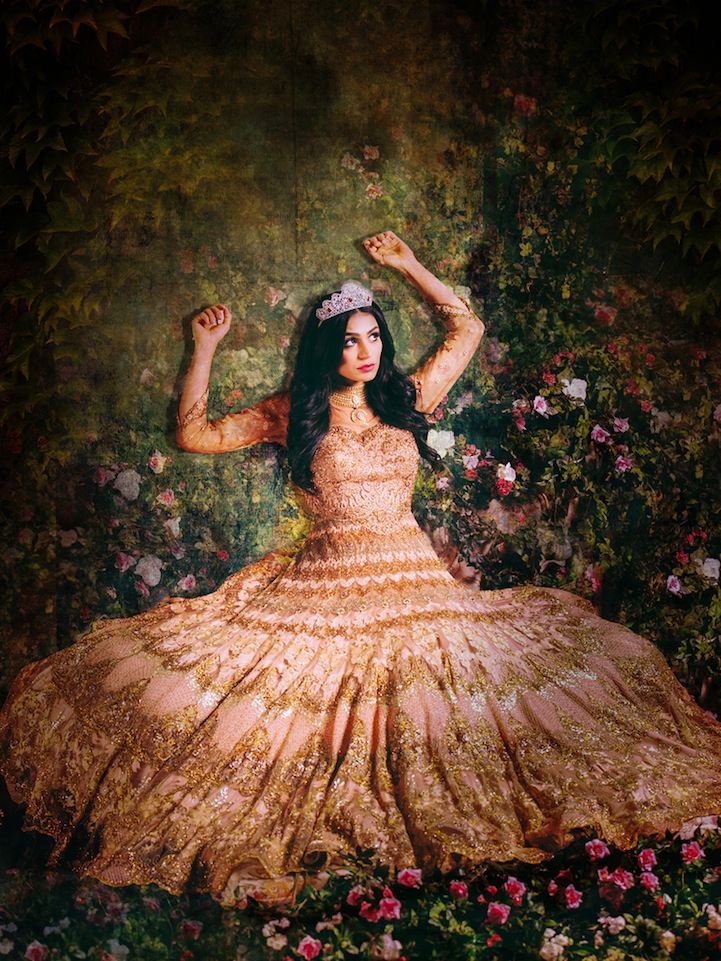 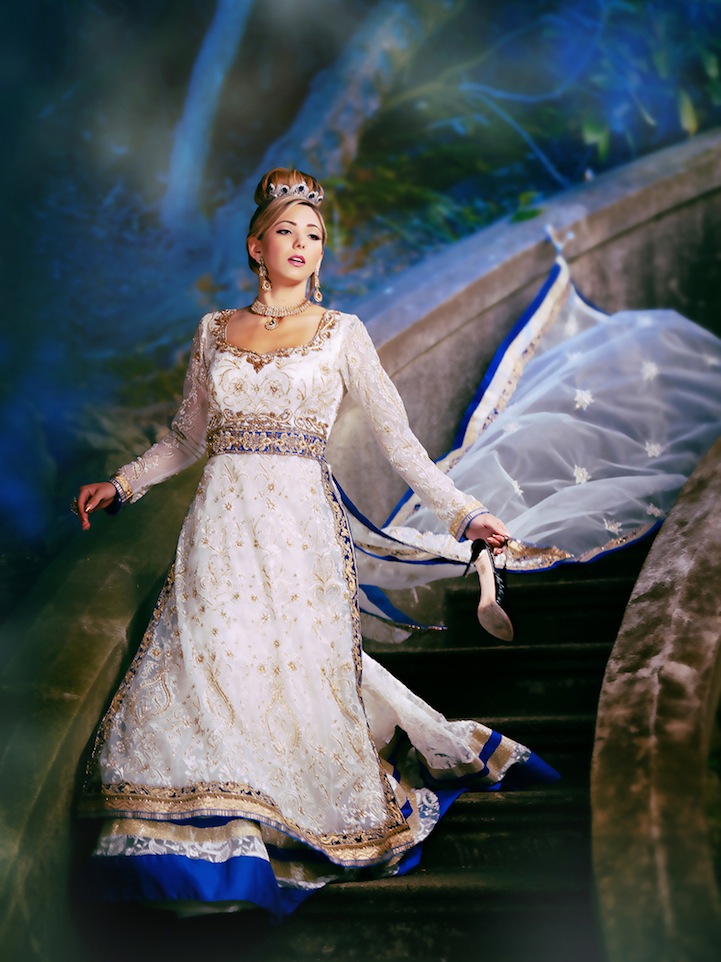 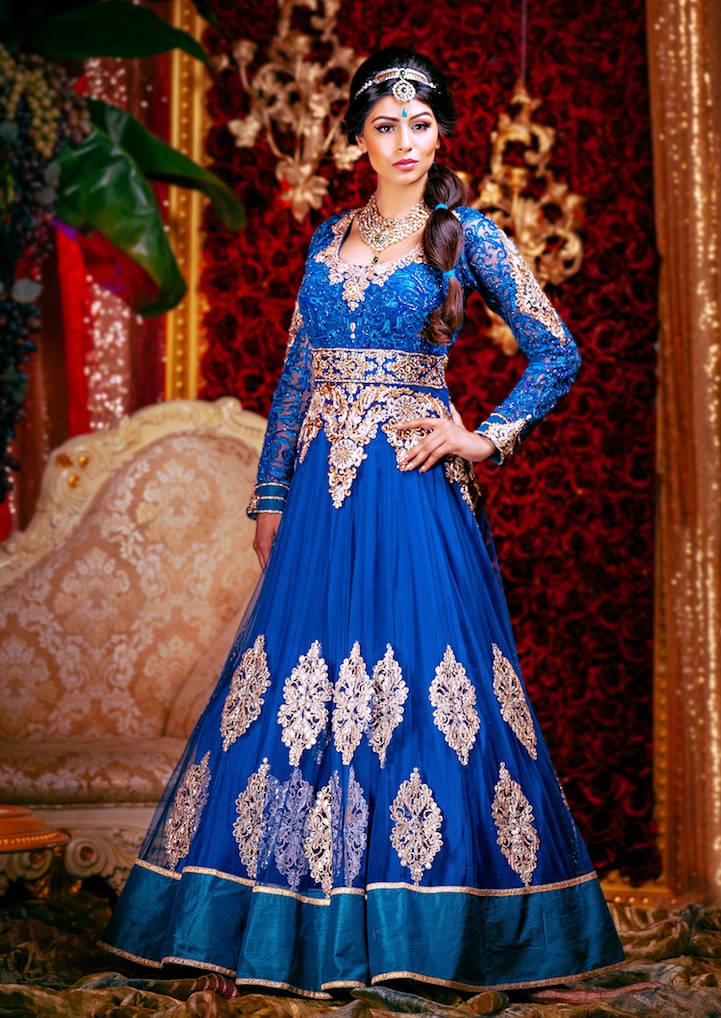