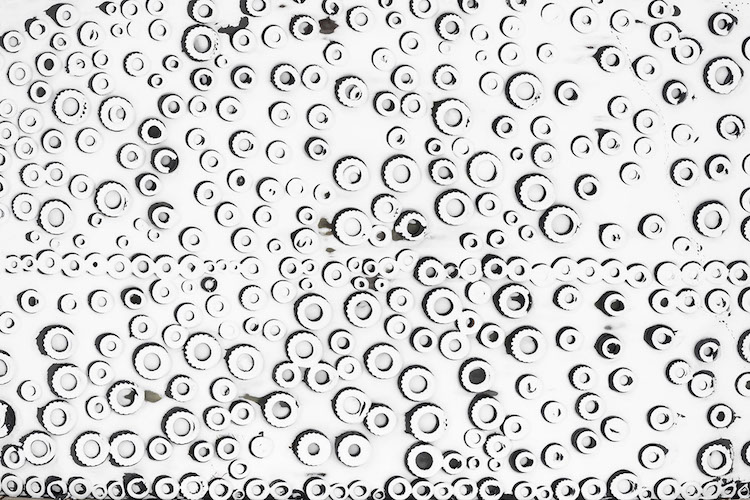 Photographer and paraglider Kacper Kowalski soars above his native Poland, creating incredible aerial photos in the process. His obsession with flying led him to abandon an architecture career to pursue his passion, a move that's resulted in numerous awards and accolades.

With his new series Over, Kowalski shifts gears. Switching to the snow-covered landscapes of Poland over his typically vibrant shots, we're loving these preview images of his ever-evolving project. Here, his sharp eye for composition is still evident, but the desaturation gives the images an entirely different feel than his other well-known project Side Effects.

We had the opportunity to ask the adventurous photographer how moving from color to monochromatic images has changed his work and what pushed him in this direction. “Last winter I looked at the Earth bellow, and I saw unseen rhythms, nature, characteristics, and fragments of something bigger,” Kowalski told us. “I started to follow these new feelings. Blinded. Like in the trance. I gave myself permission to disobey the previous method.

“I got lost in the addiction to flying. Without a purpose. Into a mist. The effect is beyond photography, and beyond documentation. The transformation still is not finished. I'm still working on the project. You can see it as monochromatic at first glance, but when you come closer, you will see that the world bellow is not monochromatic. It is full of colors. Shown like architects do. In the language of drawing.”

And it's true, while at first glance all seems white, a careful study picks up subtle colors peering beneath a blanket of snow. What the white does is enhance the shapes and forms, creating an artistic study of composition and framing. 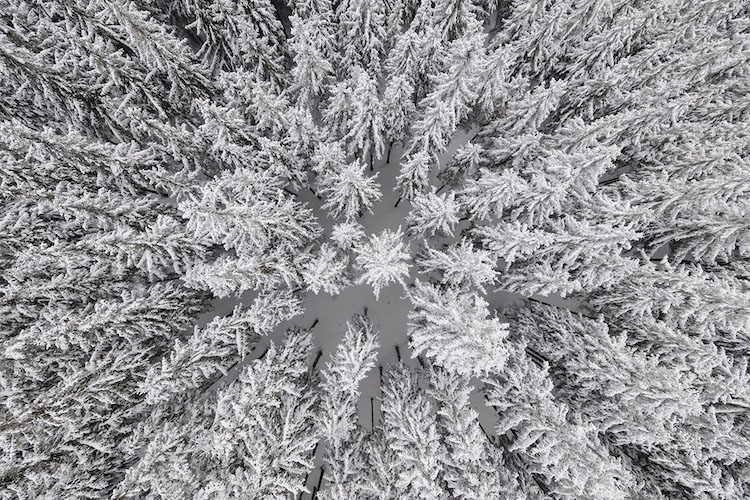 This preview of Over is on view as part of  Kowalski's exhibition Fade to White. The appropriately named exhibit is a nod to the the photographer's transition into his new project, and it's the first time he has shown work from the series publicly. Former LIFE magazine editor-in-chief Bill Shapiro curated the show and has unique insight into what distinguishes Kowalski's work from other aerial photography.

“His compositions create drama and suspense—not to mention capturing breathtaking symmetry, evocative shapes, and fascinating lines—the way an architect would draw blueprints,” Shapiro shares via email. “Whereas many photographers seek to simply document what they see beneath them, Kacper’s unique framing creates abstractions so that, for a moment, you’re often not sure what you’re looking at.”

Shapiro points out that Kowalski's training as an architect certainly distinguishes him. His creative choice to focus exclusively on his homeland rather than famous monuments also sets him apart. “He searches for hidden beauty and intrigue in his own backyard—the farms, forests, and industrial sites of Northern Poland, where he lives. To my mind, it’s a more nuanced, creative approach and the results are more satisfying.”

Don't miss the chance to see these works in person. Fade to White is currently on view at The Curator Gallery in New York until December 17, 2016.  We'll anxiously be awaiting the completed project. It's set to premiere in May 2017 during the Biennial at the National Museum of Photography in Bogota, Columbia. 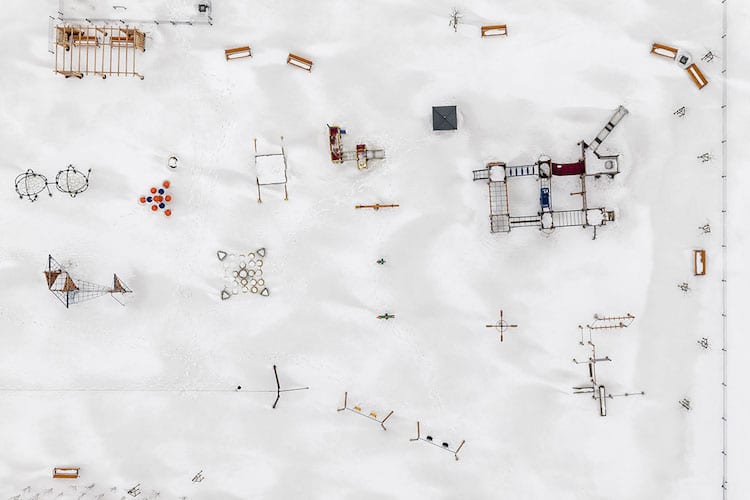 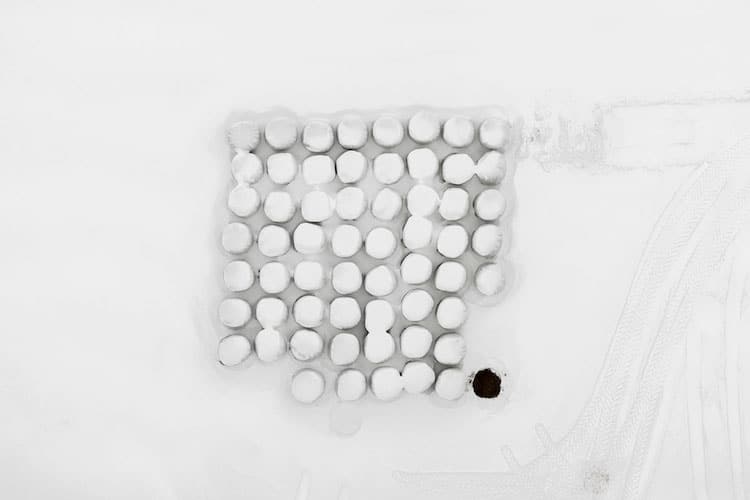 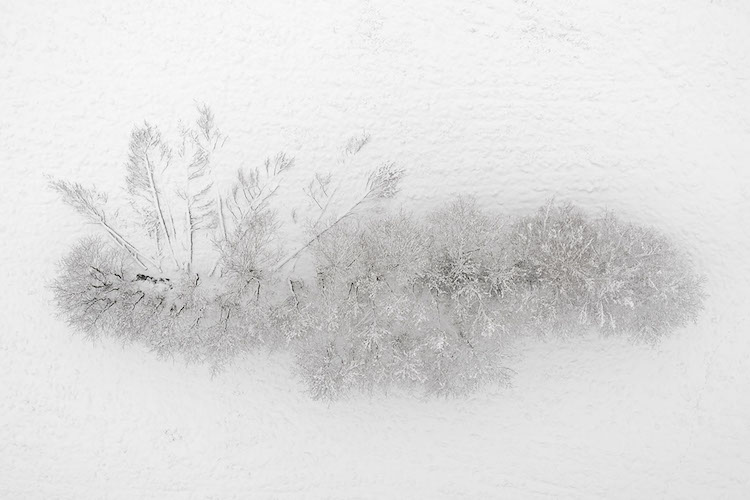 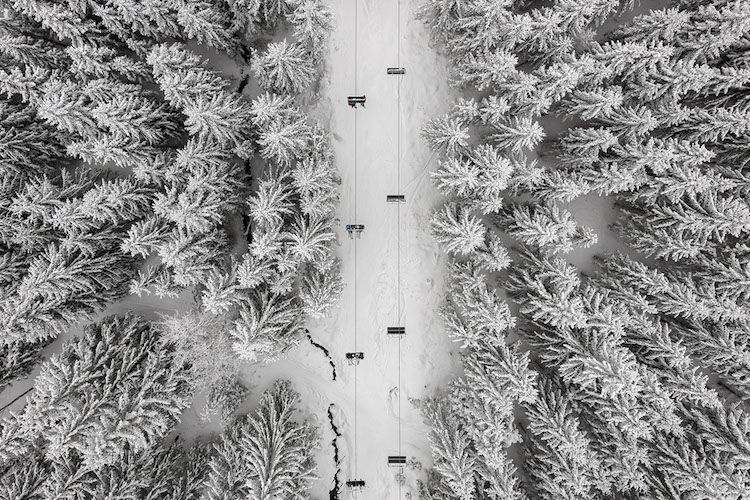 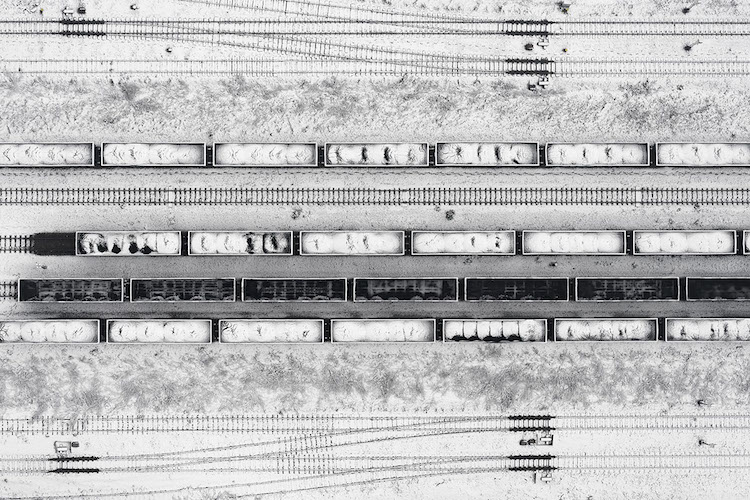 My Modern Met given permission to use photos by Kacper Kowalski.

What a view! Share
Like My Modern Met on Facebook
Get Our Weekly Newsletter
Become a
My Modern Met Member
As a member, you'll join us in our effort to support the arts.
Become a Member
Explore member benefits
What a view!