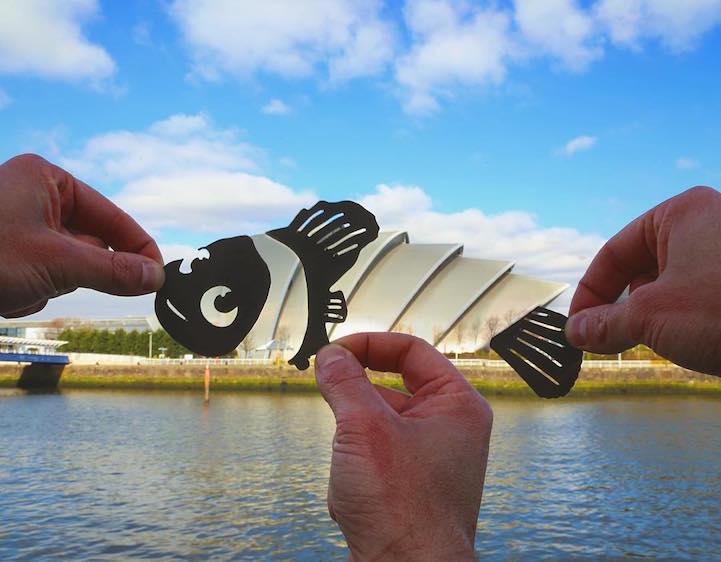 Last fall, we marveled at the cut paper silhouettes of Rich McCor (aka @paperboyo) as he brought them to life against the backdrop of European monuments. Since beginning his charming ongoing series, McCor's cut-out repertoire has added famous Disney characters that traveled with him through parts of France and while he road tripped through the United Kingdom.

Similar to his earlier photographs, McCor places his cut-out creations against the backdrop of a city. They interact with the landscape in various ways: Belle and the Beast take a stroll along the docks in Liverpool; Nemo's adorable face now graces the Clyde Auditorium in Glasgow; and the Gateshead Millennium Bridge becomes a place for The Lion King to celebrate the Circle of Life. The result is a delightful way to explore the sights while also showcasing Disney's brilliant character design–from these simple shapes, we immediately recognize the iconic figures.

Above: Finding Nemo at Auditorium in Glasgow, Scotland 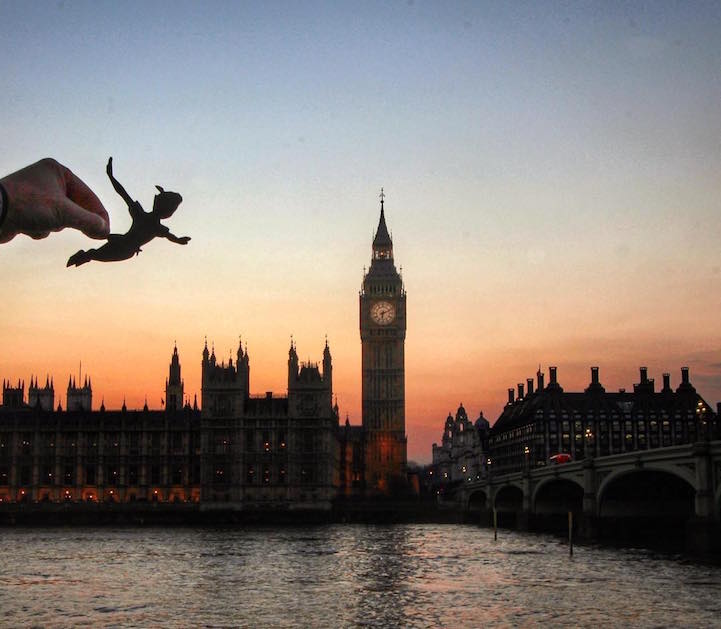 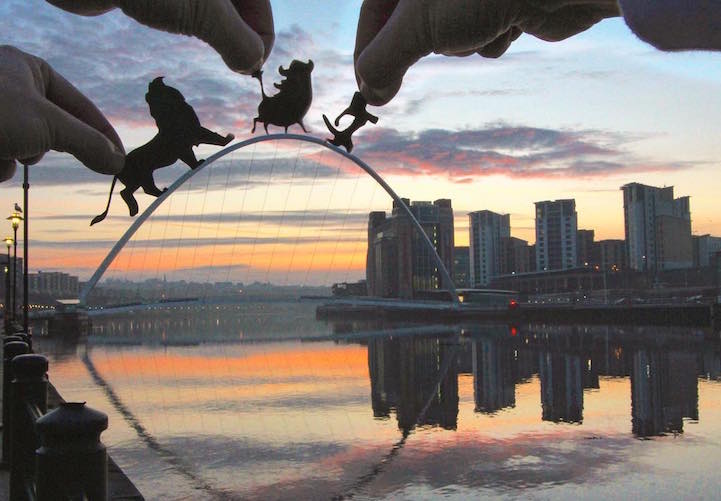 The Lion King at Gateshead Millennium Bridge in Gateshead, England 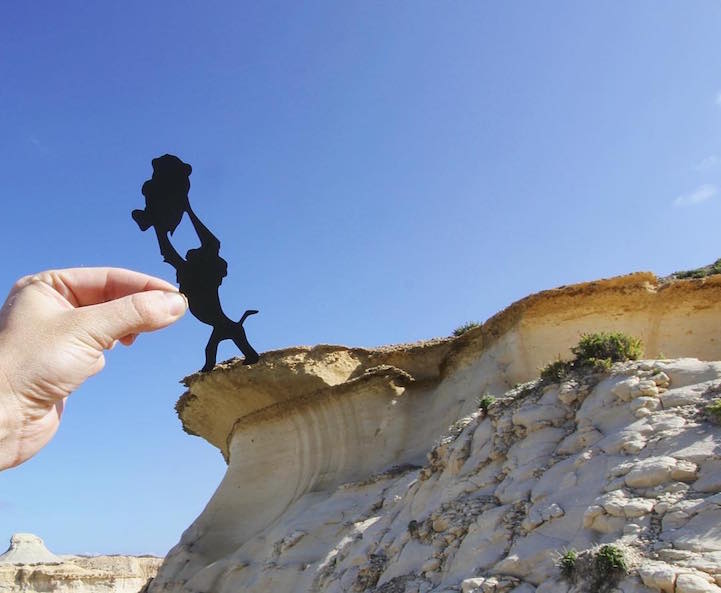 The Lion King in Gozo 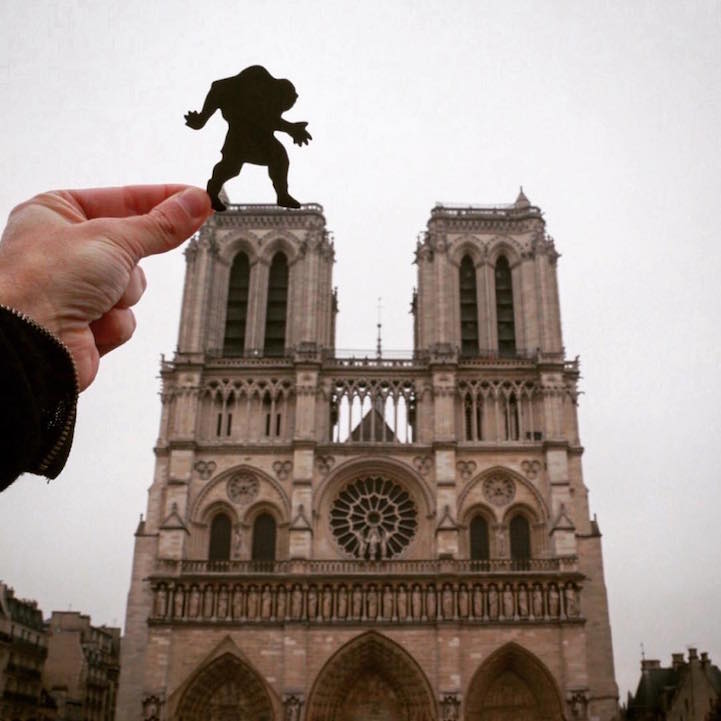 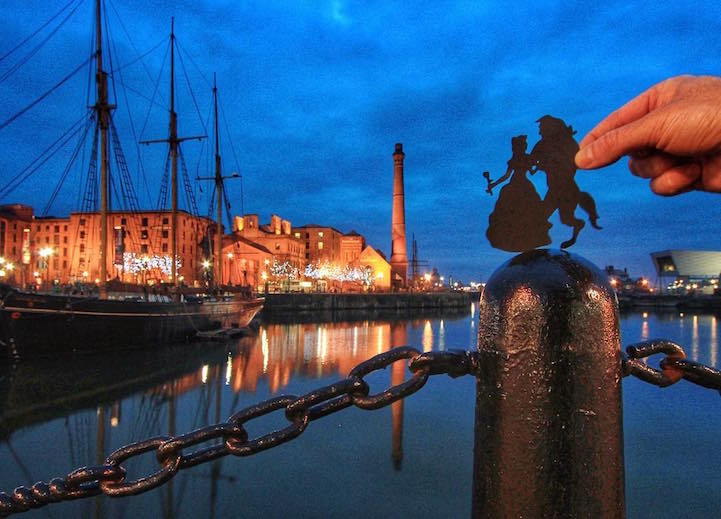 Beauty and the Beast in Liverpool, England 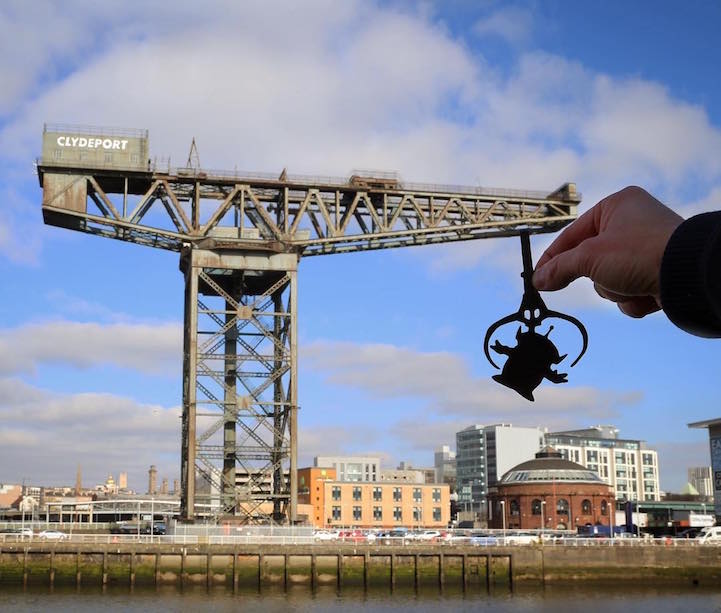 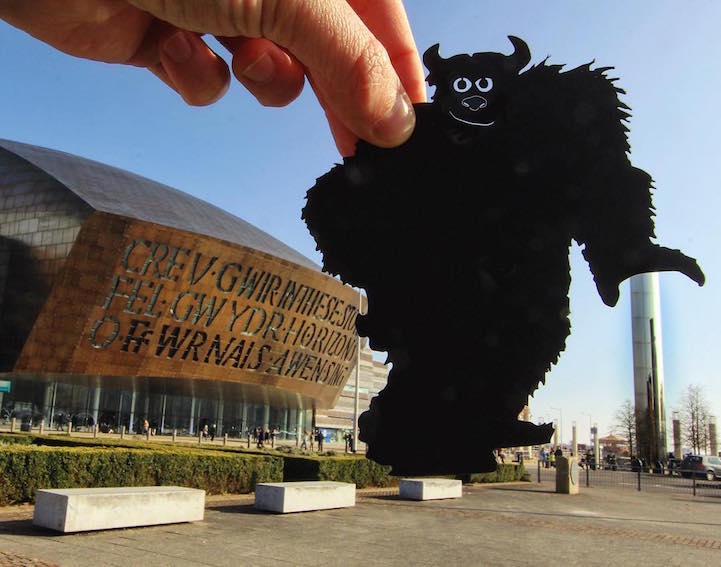 Monsters Inc. at the Wales Millennium Center in Cardiff, Wales