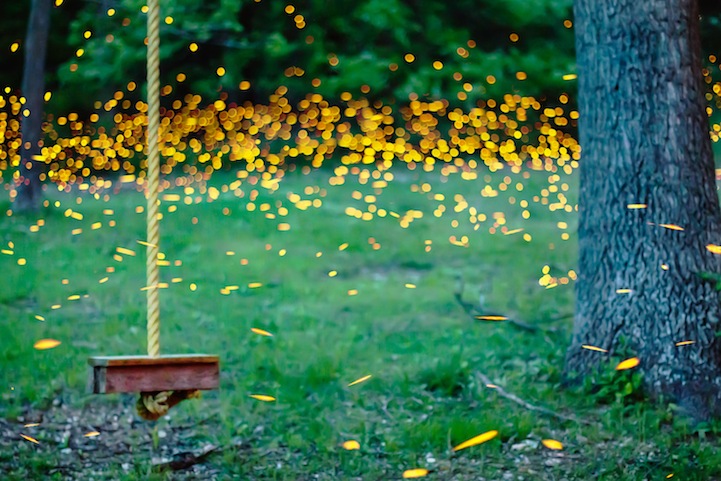 Photographer Vincent Brady gives us a beautiful new way to appreciate the glow of fireflies with this set of long exposures. While still light out, he captured this first photo at the Lake of Ozarks, a large reservoir in central Missouri. “Many people, when they see this photo, they have a certain childhood nostalgia of chasing, catching, and releasing fireflies where they grew up. I have similar feelings as I spent my childhood in rural Illinois,” he says. 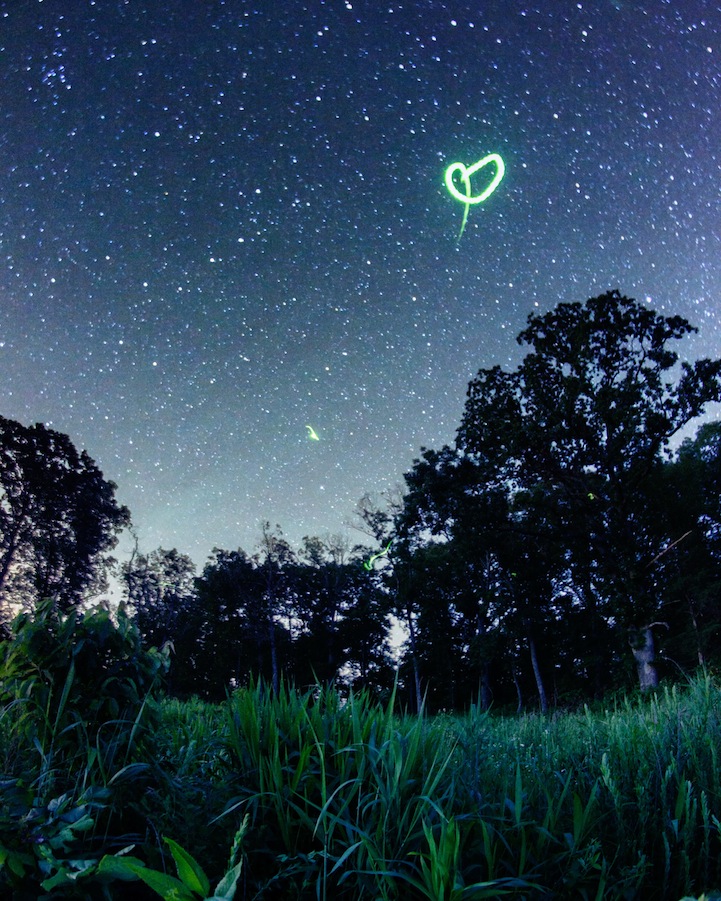 After receiving so many positive comments on the first photo, he was determined to make a whole series about fireflies. “So, in the summer of 2013, I spent the month of June chasing them! The first night I went out to shoot seemed like an uneventful but peacefully quiet night. I looked through the photos the next day and saw a firefly tracing a heart across the night sky! I knew I was in the right place!” 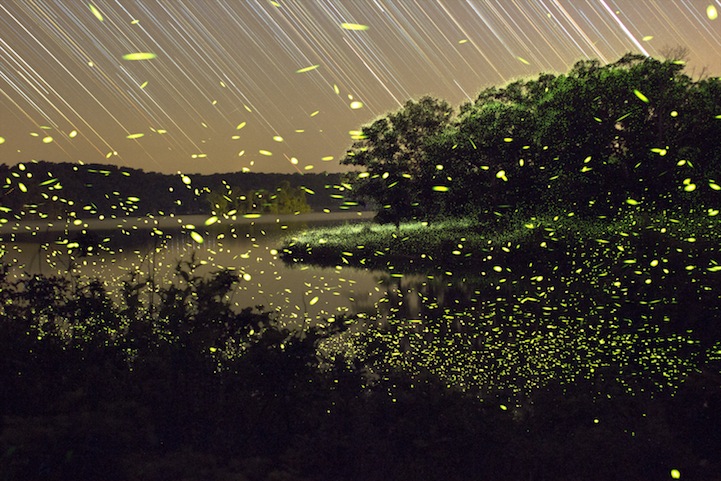 “After getting a 101 course from my aunt and uncle on how to operate and crash a boat onto shore I was ready take my show out on the water. Going out on the boat on a calm night in the summer is an incredible experience. The boat cuts through the still water like a diamond scratching glass while the fireflies throw a raging disco party in the surrounding forest. I tried to capture a scene showing the stillness of the water with the firefly party here and the stars streaking across the sky.” 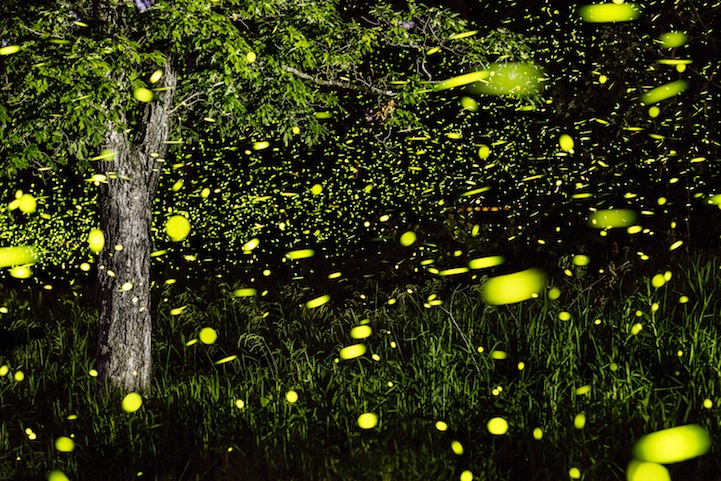 “When I look at this next photo I always recall discovering for myself the amount of ticks that are in the Ozarks! Trudging through the tall grass they are not afraid to cling on! I personally wish ticks would take lessons on how to be cool creatures from the fireflies. I probably picked twenty off of me, and even more off the dog!” 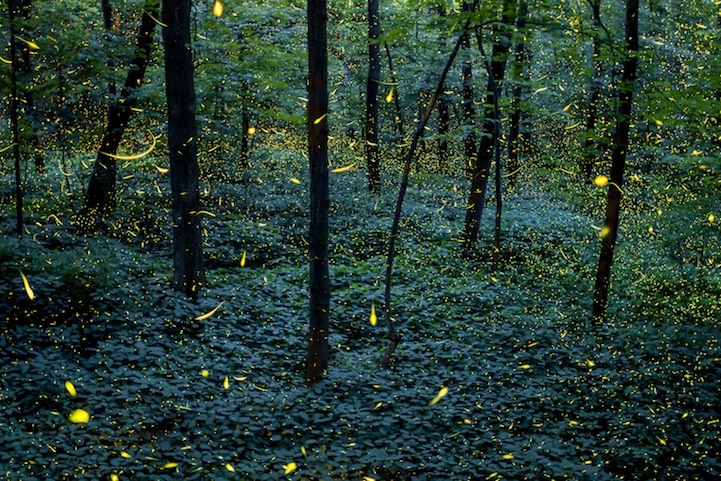 “Returning back home to Grand Ledge, Michigan in early July, the fireflies were just starting to show in the area, and I wasn't done shooting! I headed to the local Fitzgerald Park and perched up on a hill and looked down as they illuminated the enchanted forest.” 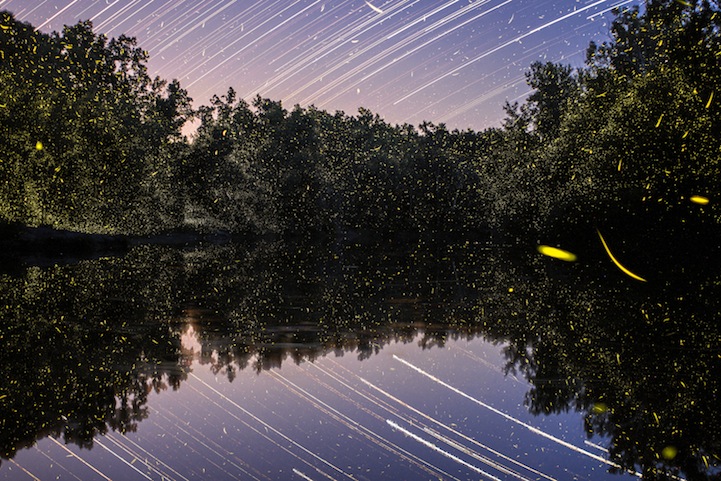 “I then went to the quarry where the fireflies put on a symmetrical show with the stars.” 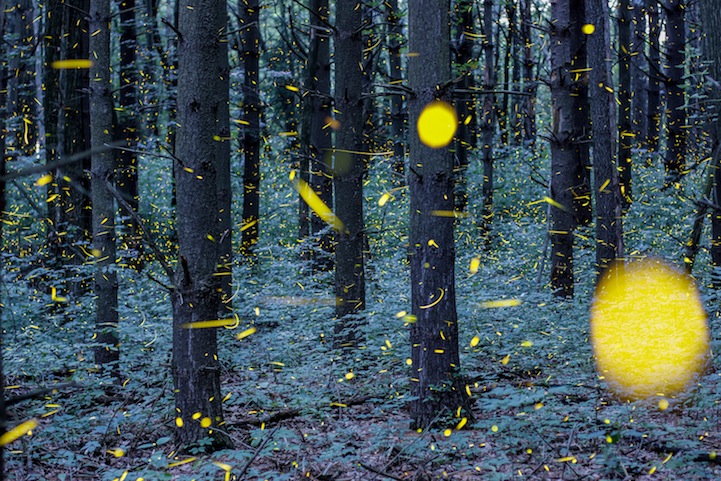 “Another firefly display at Woldumar Nature Center in Lansing, Michigan.”

“The fireflies taught me the importance of patience and the beauty of not just being in the moment, but appreciating that moment over time. As we go through our day to day lives it's nice to fall back and admire the simple lives of the fireflies.”