Since 2008, Brooklyn-based artist Alyson Shotz has been creating intriguing works which are composed of yarn wound around thousands of tiny pins. For Derek Eller Gallery in New York, she created Sine (above), a monumental wave that moved across two gallery walls. Though the lines themselves were meticulously created using yarn and pins, the shadows created the illusion that people were witnessing a 3D form. Would one classify this as a drawing or a sculpture?

In 2010, Shotz made Double Torque for Nasher Sculpture Center in Dallas, Texas. Blue yarn stretched between pins to create a swirling vortex. By manipulating light again, the shadows created the illusion of depth.

Finally, just recently for The Phillips Collection in Washington D.C., Shotz made three large-scale drawings under the name Ecliptic. Inspired by science and the perpetual motion of planets, the artwork also employed the work of shadows, playing with spatial perception. 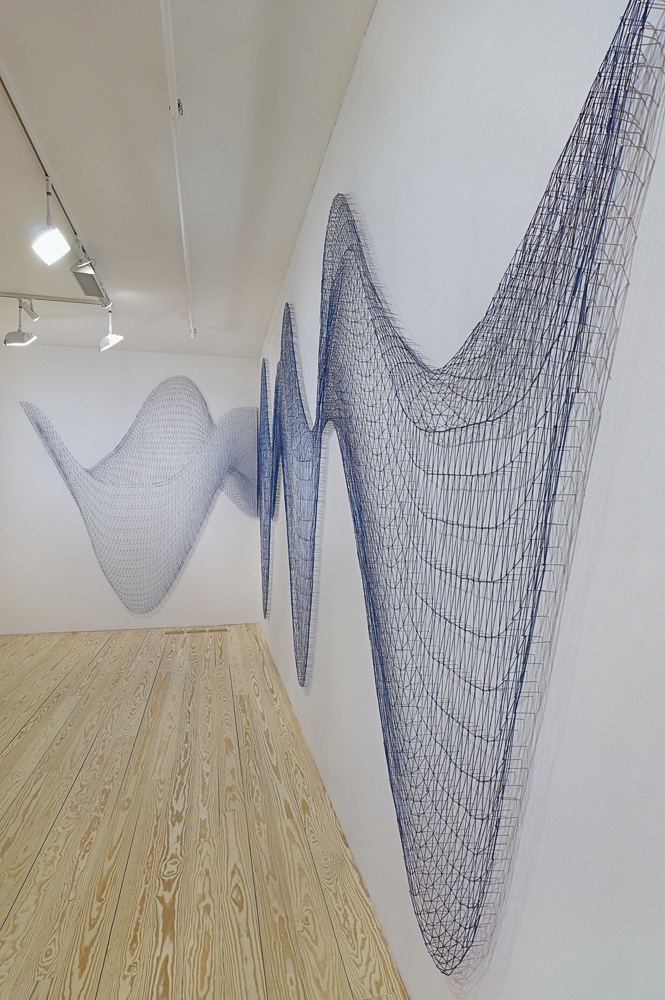 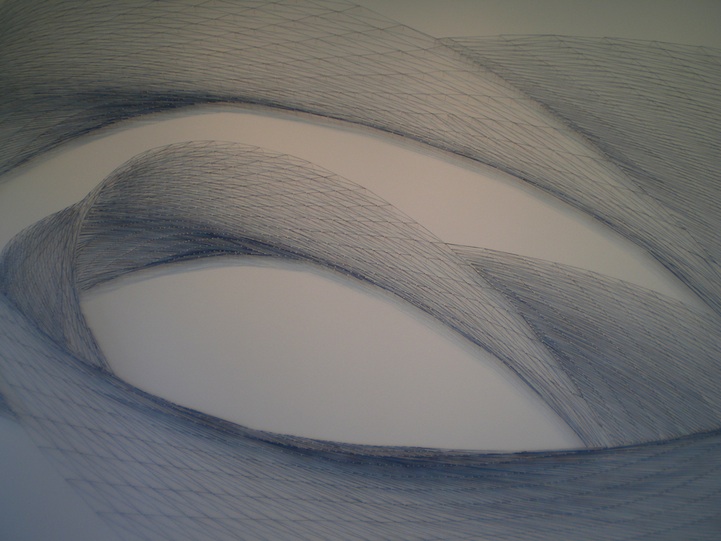 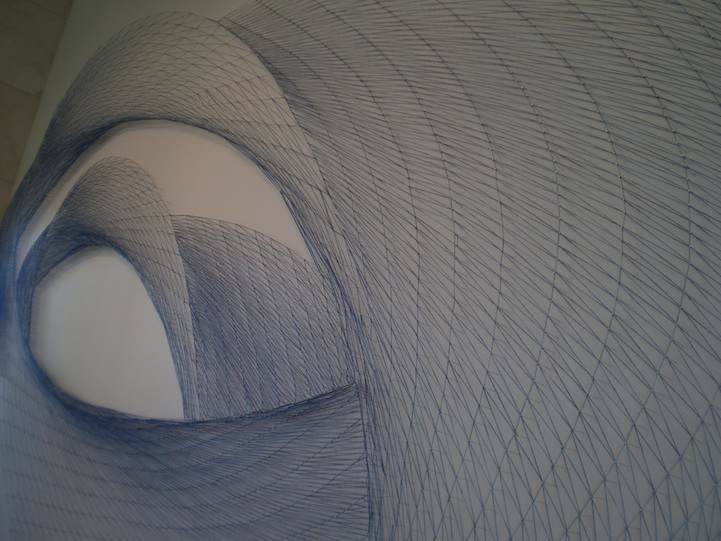 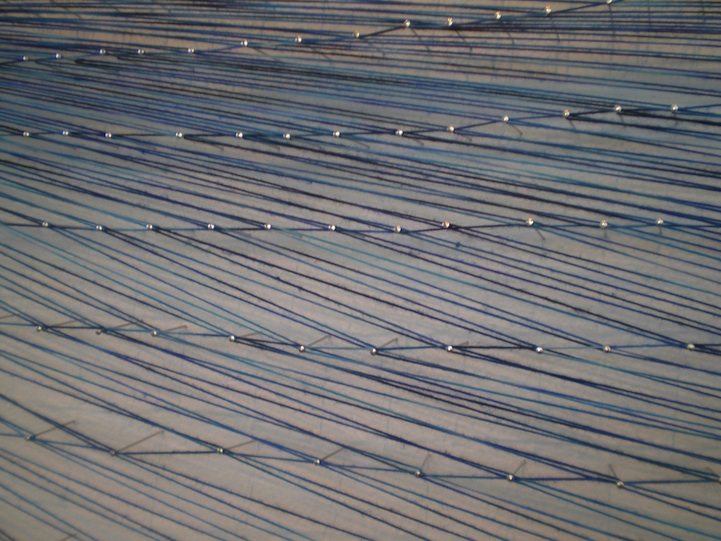 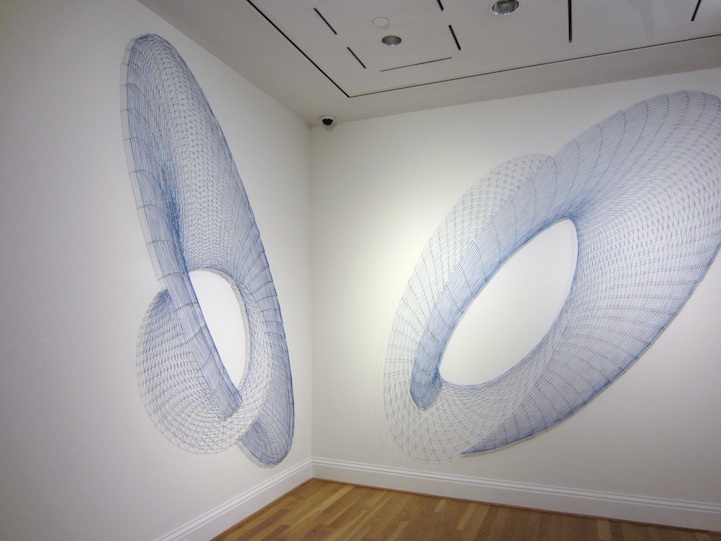 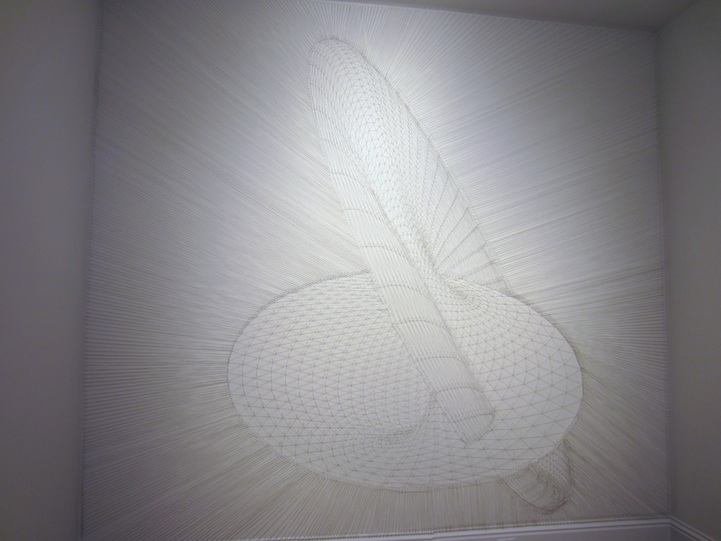