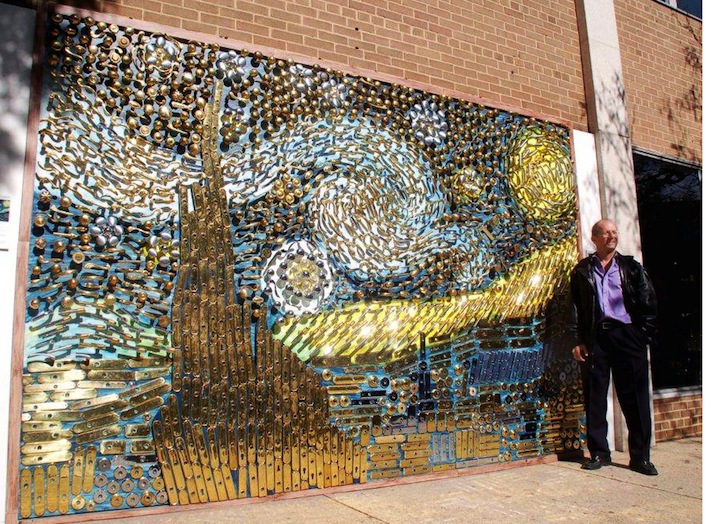 Hardware store owner David Goldberg amassed quite a collection of discontinued doorknobs and various door accessories over the years. Instead of discarding them or melting them down, the inventive entrepreneur decided to repurpose them into a large mural replicating Vincent van Gogh's Starry Night. Located outside of his store Union Hardware in Bethesda, Maryland, the large-scale public wall installation attracts an endless amount of traffic as people stop and stare to take in the creative re-imagining .

Goldberg, who is now sometimes referred to as David van Go-berg, took four months to complete the personal project using over 1,250 doorknobs, lever, plates, and other hardware mostly from USA, Italy, and Germany. Since it's situated outdoors, he thought ahead and constructed it to withstand the weather. The backboard of the mural is made with PVC, normally used for piping, and coated with a special primer to tolerate extreme weather. Atop the painted backboard, Goldberg individually composed the door and handle components by bolting them into place.

The installation is a vision, but it turns out crowds visit for more than just observing with their eyes. Folklore associated with the mural suggests that touching a specific series of knobs or levers will result in varying rewards–Italian chrome levers foresee a pasta dinner, German brass levers expect promises of beer, crystal star knobs predict large diamonds. 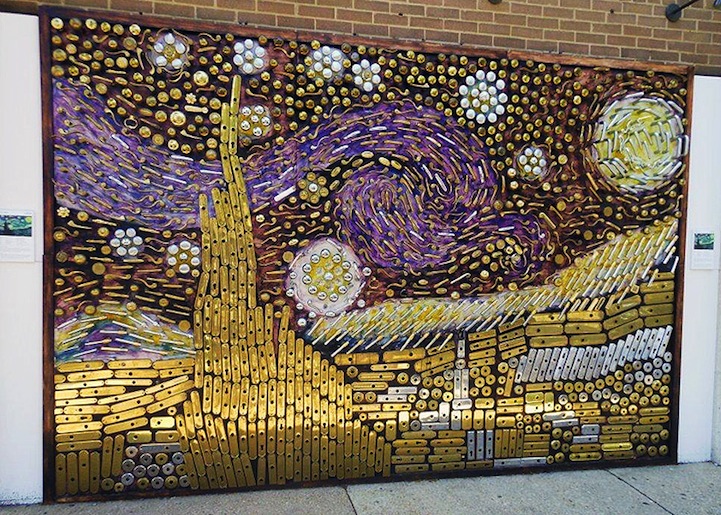 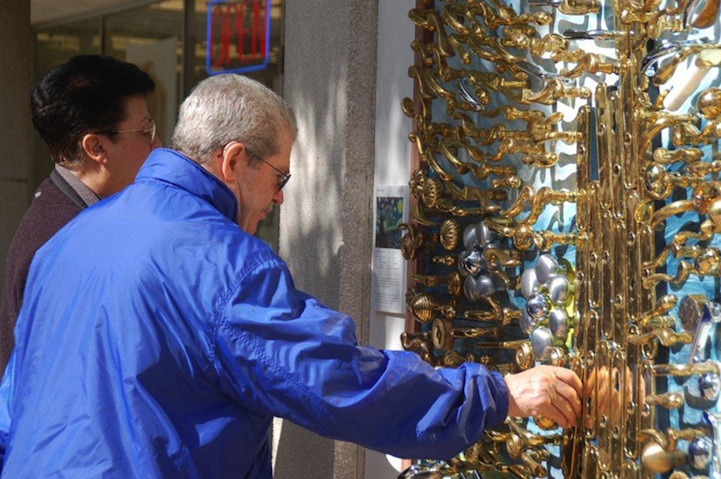 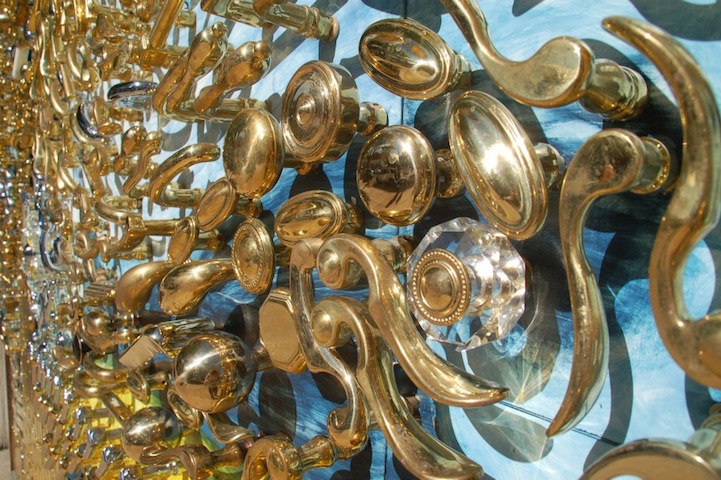 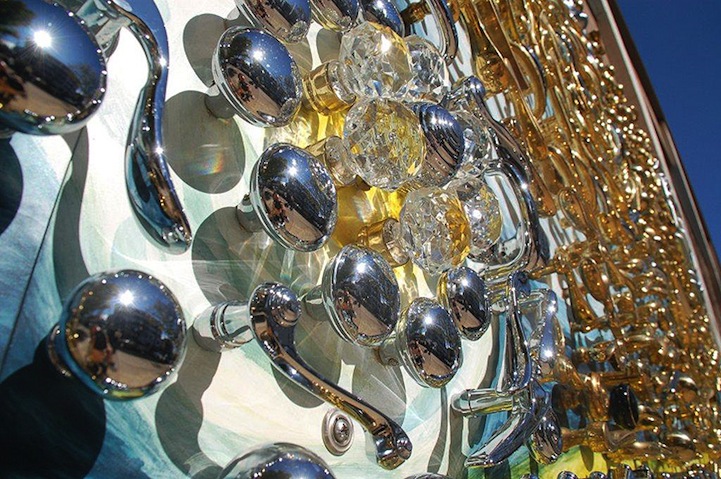 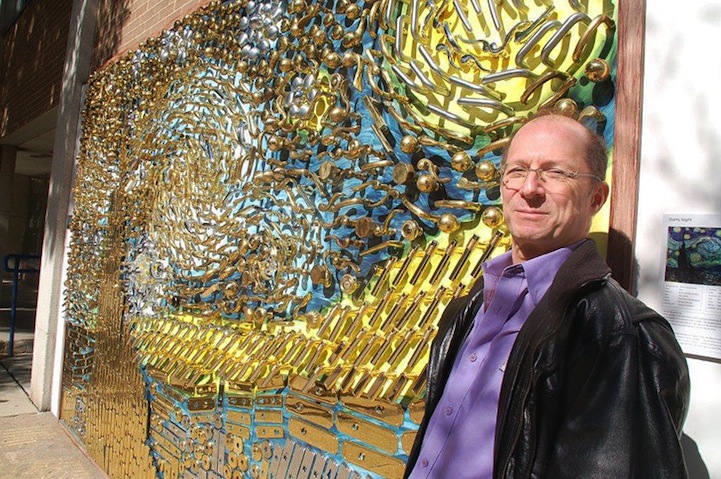