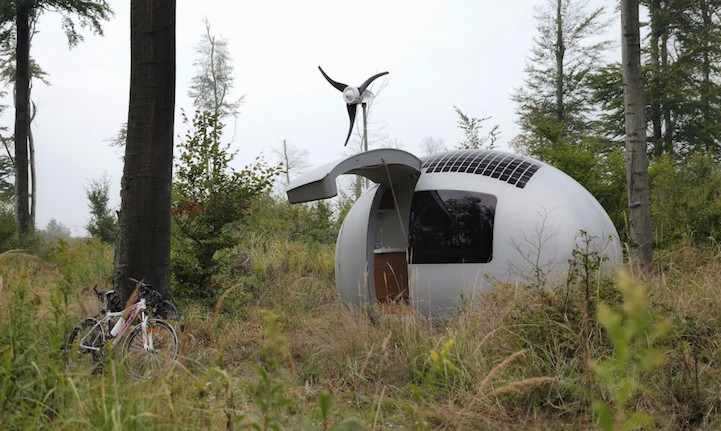 This past spring, we introduced the Ecocapsule, a mobile micro dwelling that allows you to live off-the-grid, anywhere in the world. Developed by Nice Architects, this solar-powered shelter concept has recently come to fruition and hit the market–it's currently available for pre-order as part of a limited-edition run of 50 pods.

The Ecocapsule comes clad in an insulated fiberglass, rooftop solar panels, and an aluminum shell with four wheels for easy transport. In addition, it has two hooks on the roof to allow for other transportation options: the pod can be moved or dropped in place via a crane or helicopter.

Although the Ecocapsule has a compact 68-square-foot interior, it feels surprisingly spacious once you're inside. It houses up to two people and includes the necessities: a bathroom with a shower and composting, waterless toilet; a small kitchen area with a sink and two-burner stove; a convertible sofa that folds out to a double bed; desk space; and electric hookups. To power the pod, a fully charged 10kWh battery will last for at least four days with a 2.2 kW per day usage. Best of all, everything is controlled via a smartphone app.

For those interested in owning an Ecocapsule, they now offer early-bird pricing at 79,000 Euros (around 86,000 US dollars). Pre-orders are limited to the European Union, United States, Canada, Australia, and New Zealand. Production on these units will officially begin in 2016 with unit delivery in early 2017. 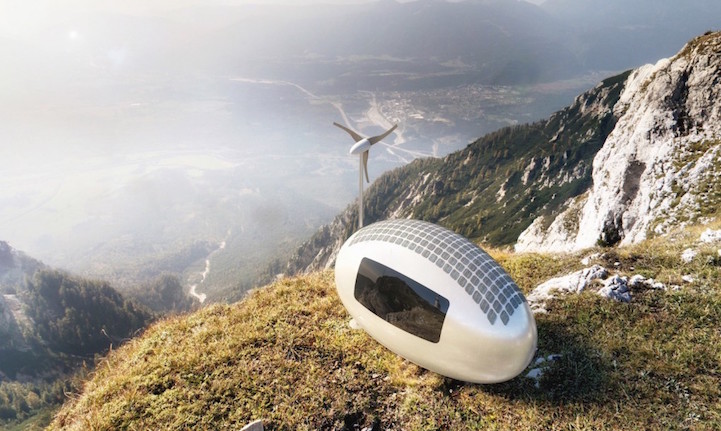 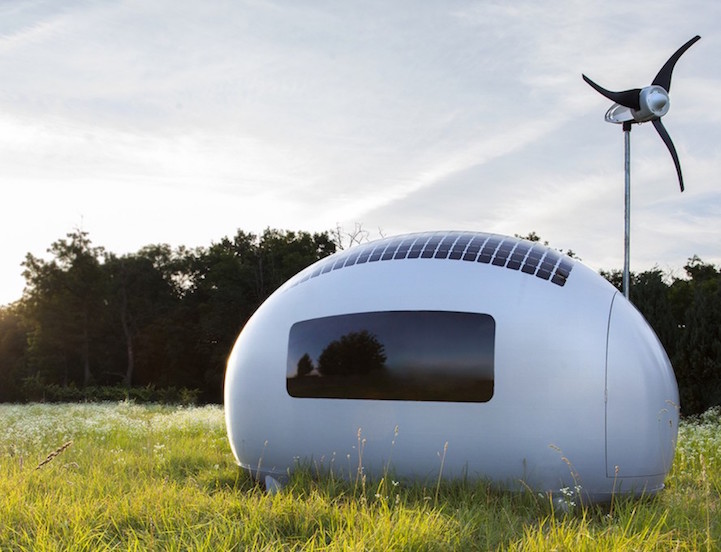 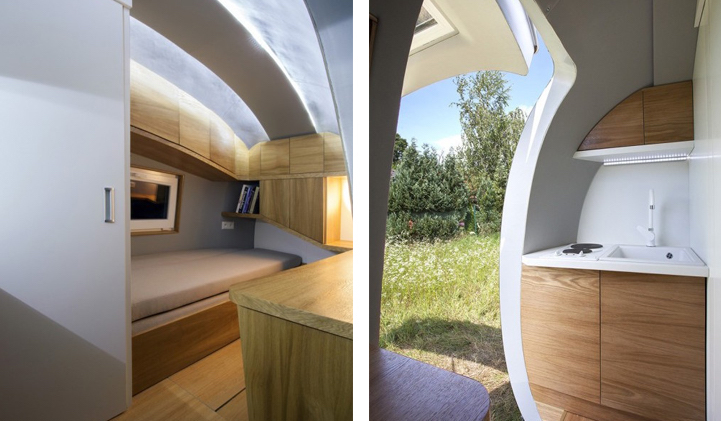 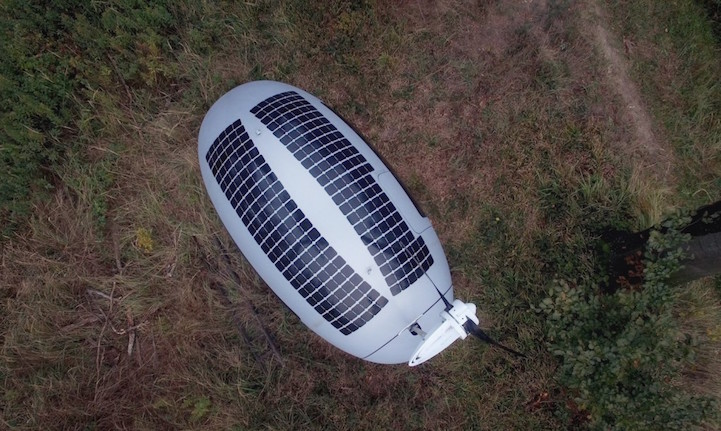 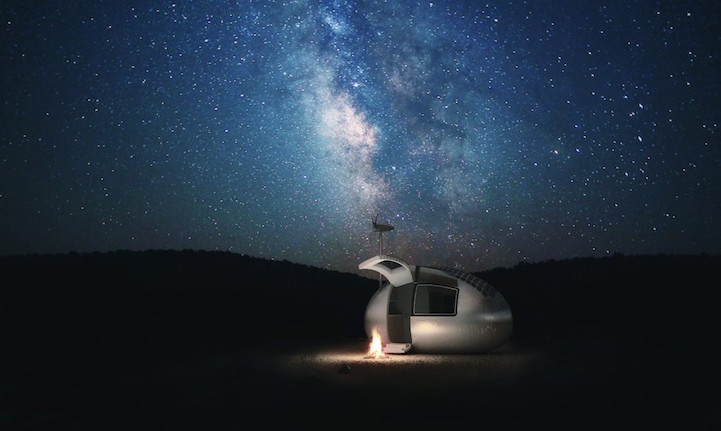