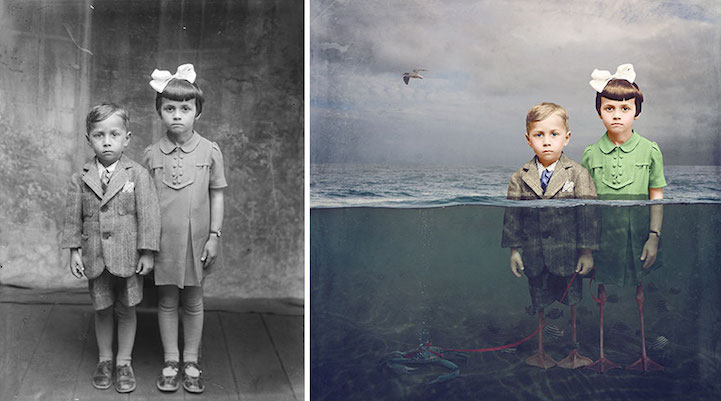 In a continuation of her Dancing with Costica series, Australian artist Jane Long has created more imaginatively surreal compositions by digitally restoring, colorizing, and manipulating black-and-white photos captured over 50 years ago. The series came about when Long was looking for a way to brush up on her retouching skills. After discovering the Flickr archive of Costica Acsinte, a Romanian war photographer who documented WWI and passed away in 1984, Long was inspired to work a little Photoshop magic on the subjects of the old snapshots. In her words: “I wanted to bring them to life. But more than that, I wanted to give them a story.”

By adding color and fanciful elements to each glass-plate photo, Long creates a whimsical fusion of past and present. Without altering the original subjects too much, she transplants them to wacky worlds that often contrast the stiff, stately appearance of each individual, opening up the images to whole new realms of possibility.

Although the series has been the source of controversy, with some people suggesting that it's disrespectful for the artist to use the images of people she doesn't know, Long stands behind her work. “I wanted people to see these figures as real people, more than just an old photograph. Adding colour completely changes our perception of images,” she says. “I wanted to change the context of the images. Photographic practices at the time meant people rarely smiled in photos, but that doesn't mean they didn't laugh and love. I wanted to introduce that to the images.”

Dancing with Costica will be exhibited as part of the Ballarat International Photo Biennale from August 22 through September 20. 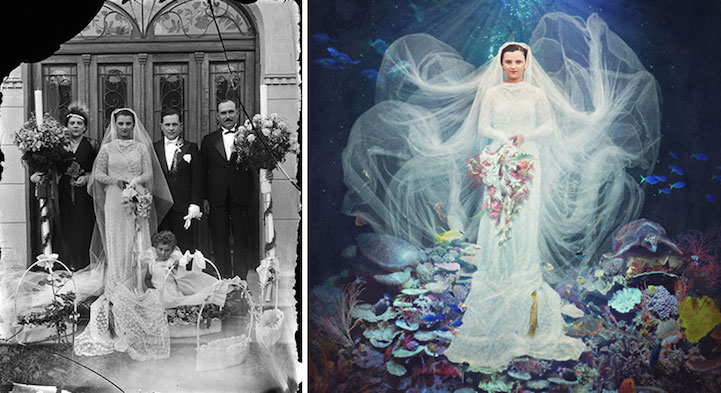 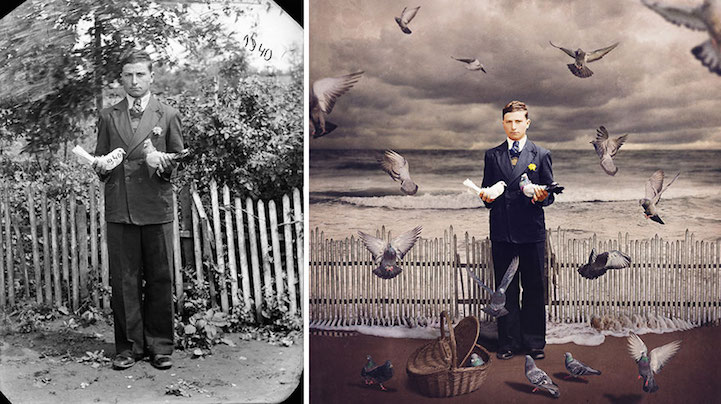 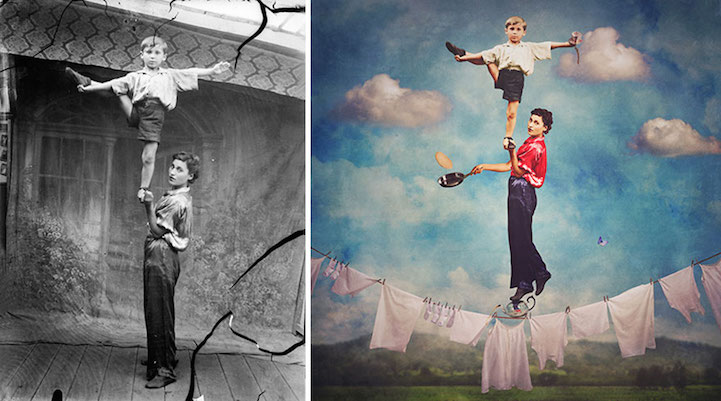 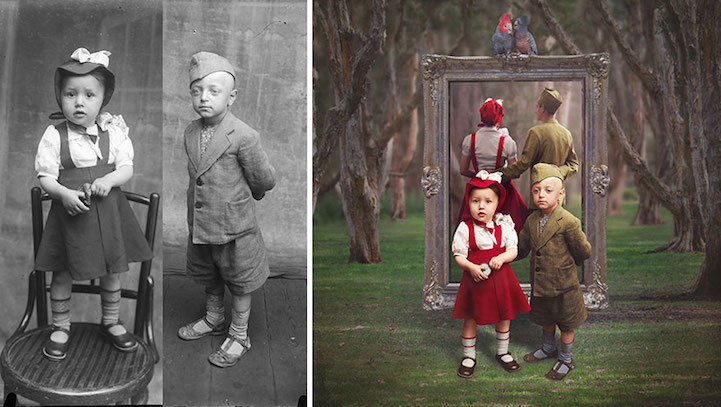 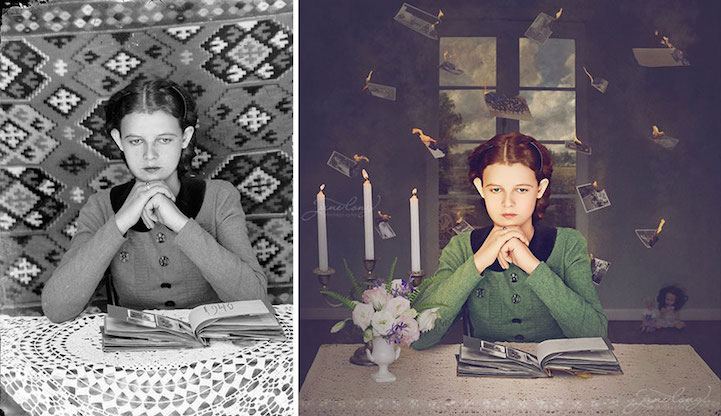 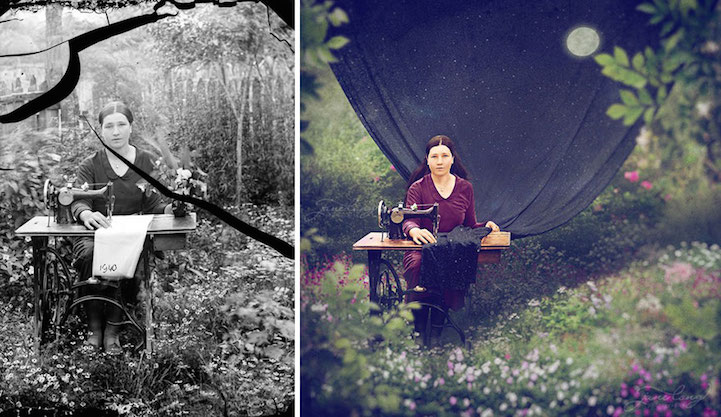 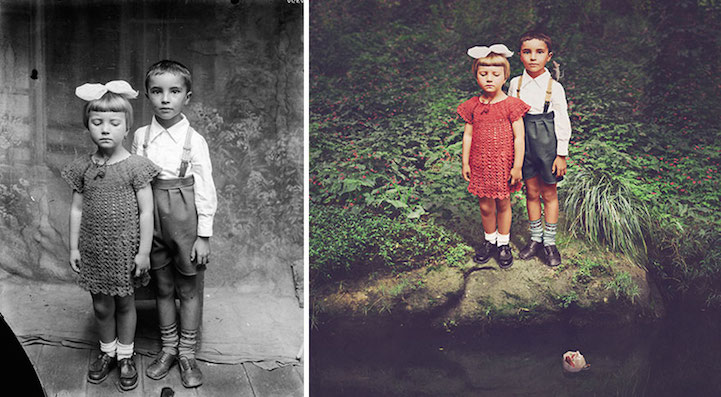 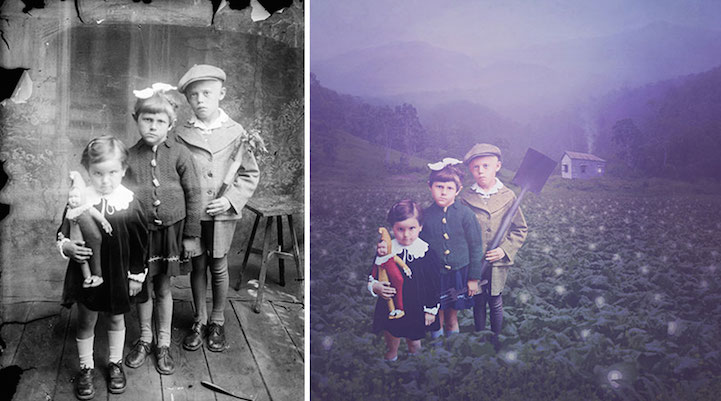 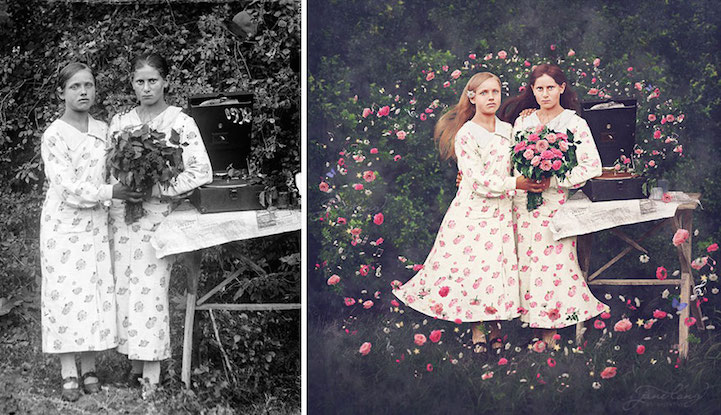 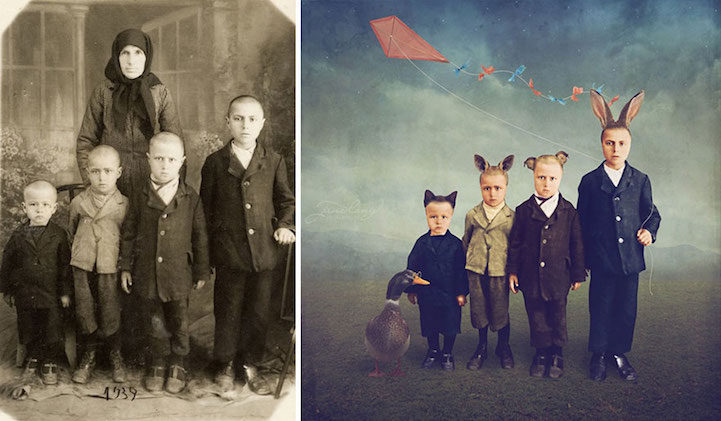