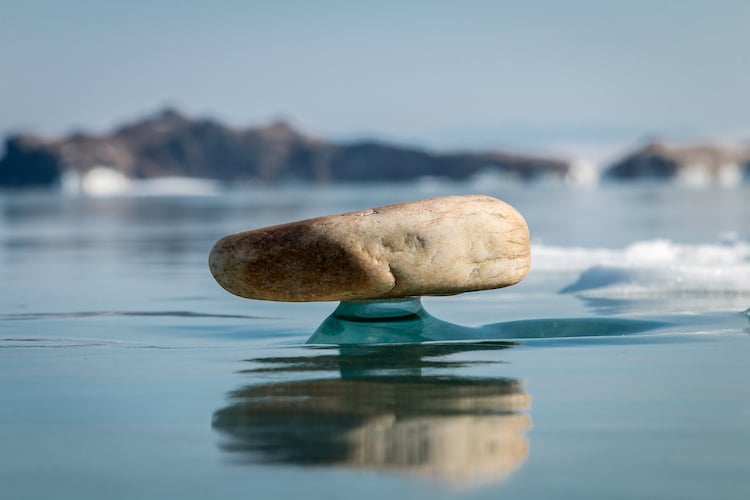 Lake Baikal in Siberia produces an incredible phenomenon when the weather turns bitterly cold. As the world's deepest and most voluminous freshwater lake, it has a geography that produces the gravity-defying sight of rocks teetering on “legs” of ice. The wonder is known as Baikal Zen, in reference to the stacking of stones found in Japanese gardens.

The pedestals created for these stones aren't fashioned right away. In fact, like many natural phenomena, a lot had to go right in order for these rocks to find their resting place. First, the stones have to be frozen to the ice—which isn't too much of a challenge considering the frigid temperatures for which Siberia is known. Then, the lake's high winds must act like chisels to eventually whittle the chunks of ice into tiny shelves—and shallow recession—that can still support the weight of the rocks. Only then do these stones achieve their moment of zen.

Although rare, there are several photographers that have documented the astounding sight of Baikal Zen. Scroll down to see it in action.

Baikal Zen is a natural phenomenon that occurs on Lake Baikal in Siberia. 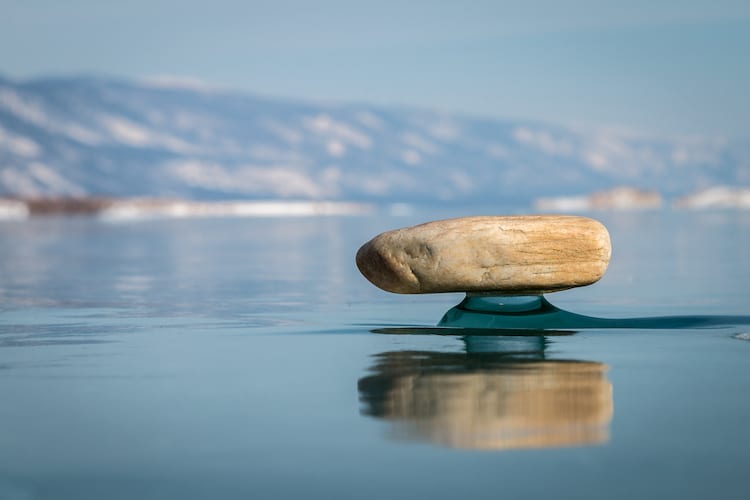