Story Behind that Yarn Street Art 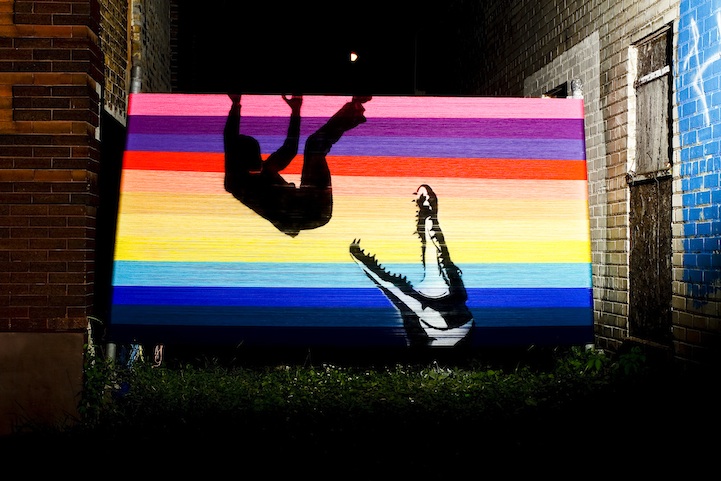 A few days ago, we put up a few shots of some intriguing street art made of yarn and stencil. We found out that it took six hours to create but, other than that, there wasn’t much more information about it. What did it mean? How exactly was it made?

We got in touch with the person behind it, HOTTEA, who explained to us that he decided to use yarn so that he could add to it without damaging any property. “This is partly the concept of the project,” he tells us. “To create non-destructive street art.”

HOTTEA layered the yarn until he made a scene that looked like water and the setting sun. He then used stencils to paint on top of it. “The reason it took six hours was because I had to string back and forth each color,” he says. “I prefer not to knit the yarn because it allows for more time spent installing the piece which then allows for more face to face interaction with people that may be passing by.

“Another idea behind the project is to create connections with people I may have never made connections with otherwise. I don’t want to fight technology by any means but I think that we need to step back and realize how it affects out lives and how different our lives would be without it.”

To really get a feel for how HOTTEA made this, watch the timelapse below. (You can start from 2:00 if you don’t have a lot of time.) 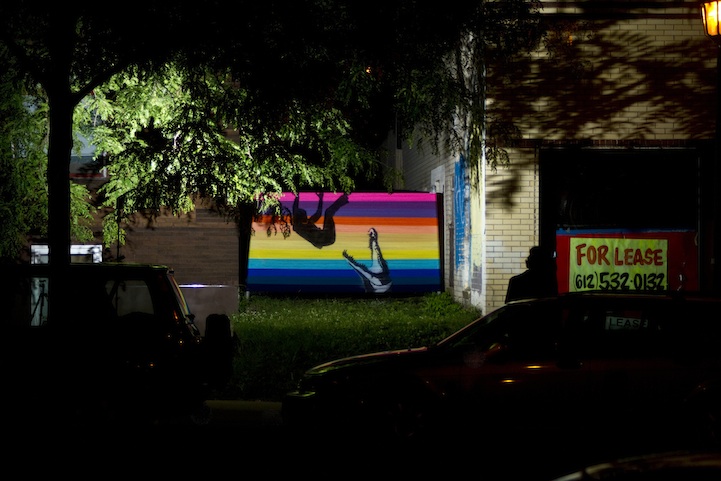 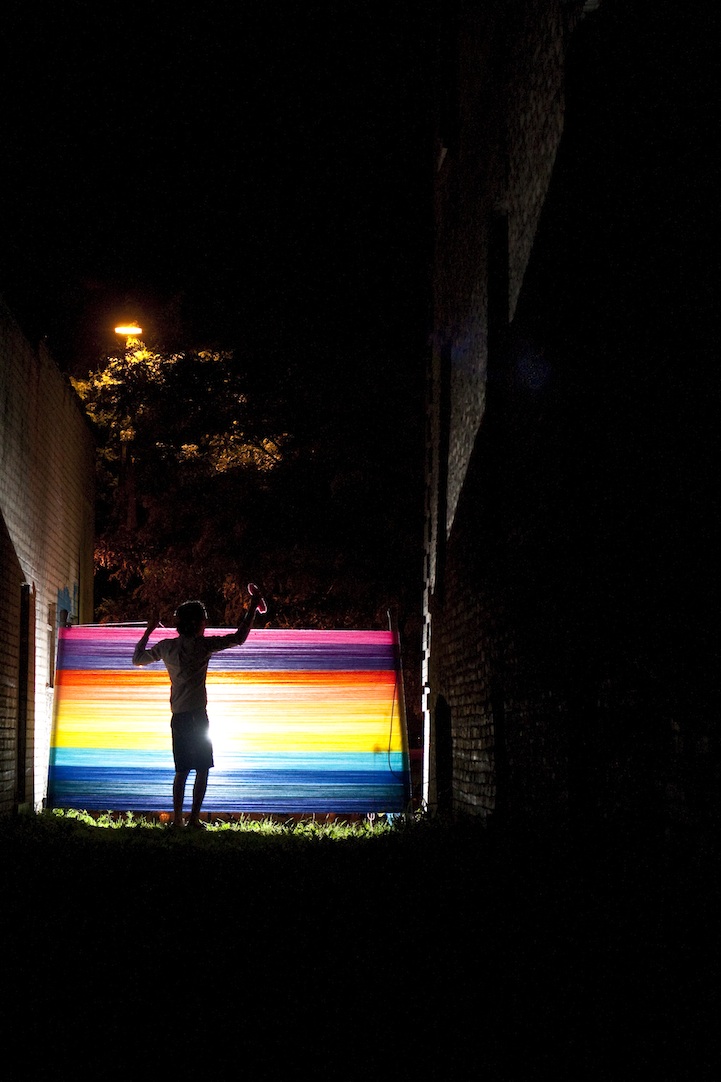 It’s yarn bombing meets street art. Could it be the start of a new trend?