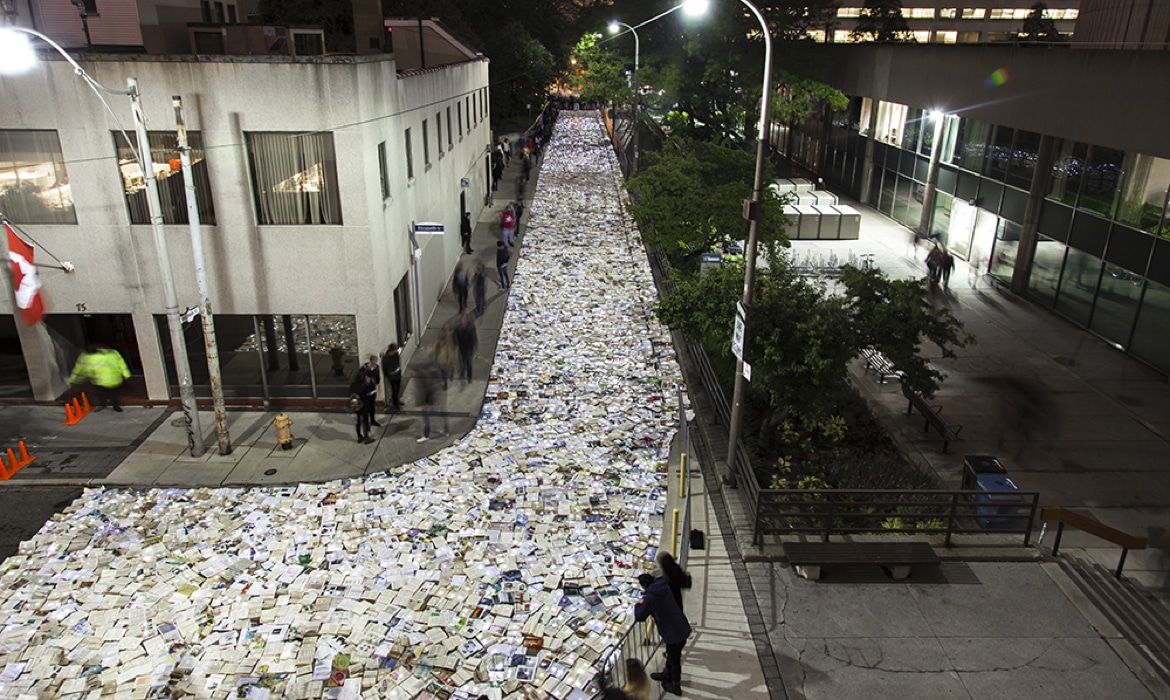 10,000 Books Create a Literary River on the Streets of Toronto

As part of Toronto's Nuit Blanche, anonymous Spanish collective Luzinterruptus staged their Literature vs. Traffic installation, shutting down one of the city's busy streets and overflowing it with 10,000 books. Previously installed in Madrid, New York, and Melbourne, the piece is a commentary on the normally clogged, traffic-ridden city arteries. By allowing the street to flow with the written word, the city is giving back a vehicle-free space, if only for an evening.

Unlike a natural rainfall, these glowing blue raindrops won't actually get you wet. 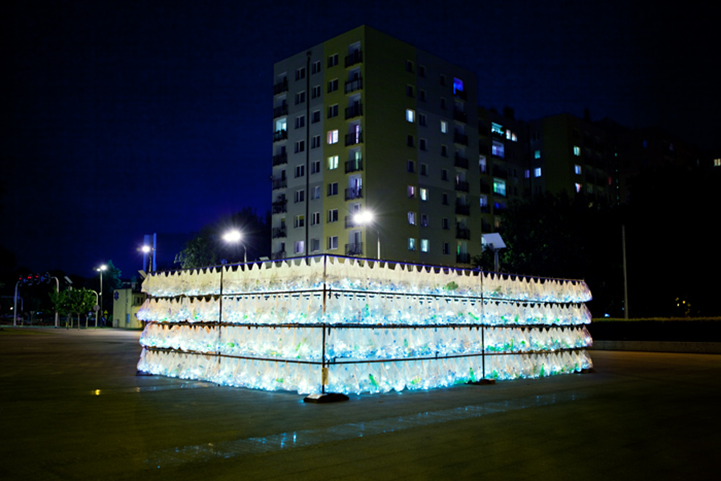 We just love the creative work of anonymous collective, Luzinterruptus, so we were excited when they contacted us to share... 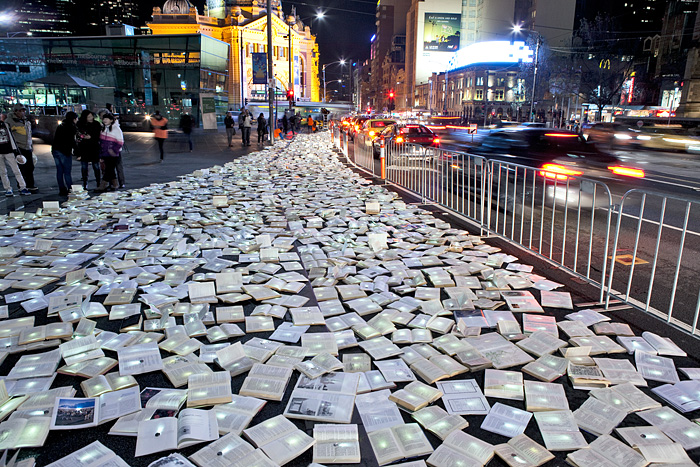 If you were in Melbourne this past June, you may have run into a gargantuan installation right on the city streets. For The Light in Winter festival, Spanish art collective Luzinterruptus was commissioned to create a work of art that, quite literally, stopped traffic. 10,000 discarded books, donated by public libraries and collected by the Salvation Army, were lit up and then arranged to look like a massive river overtaking the city. 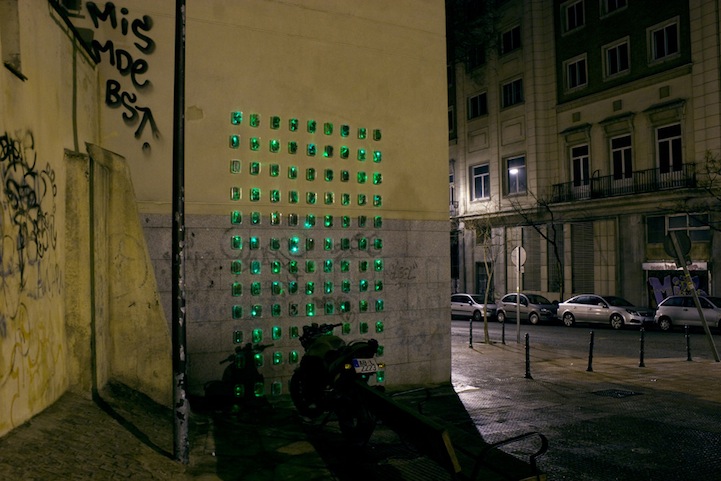 Urban Street Art: Vertical Gardens are Not the Answer

Street art collective Luzinterruptus is upset about the lack of green space in urban areas and the fact that we...