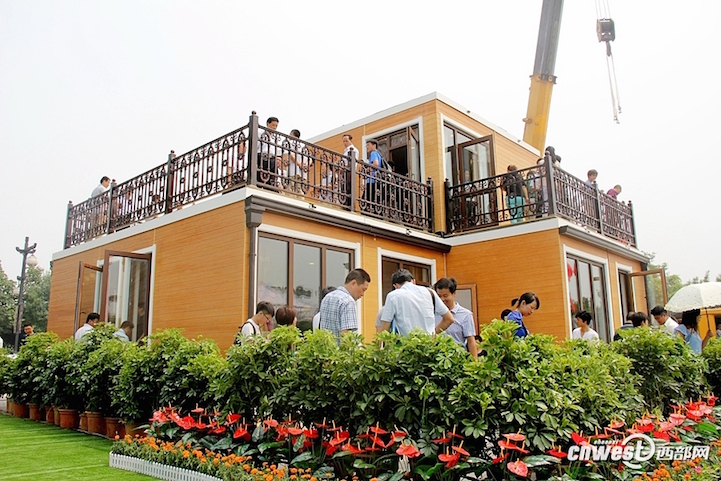 Thanks to new 3D printing technology, an entire house can now be built in less than three hours, as demonstrated by Chinese company Zhuoda Group. Last week, in front of an audience of journalists and curious bystanders in Xi'ann, construction workers used a crane to stack six 100-kilogram units on top of each other, assembling a two-story villa complete with furnishings, electricity, and plumbing. Viewers were then invited to explore the interior of the house, where they were able to take a peek at two bedrooms, a living room, a kitchen, a bathroom, and a utility room.

Approximately 90 percent of the modular house's construction was completed off-site over the course of 10 days, according to Zhuoda Group R&D engineer An Yongliang. Compared to the six months it might ordinarily take to build a villa, Zhuoda Group's efficient process saves both time and money, costing less than $564 per square meter. Because of the modular design and steel frame, the house can withstand earthquakes, and is supposedly built to last 150 years.

One secret that the manufacturers are keeping under wraps is what exactly the houses are made of. Tan Buyong, the company's vice president, revealed that the mysterious material is sourced from industrial and agricultural waste, is fireproof and waterproof, and is free from harmful substances like formaldehyde, ammonia, and radon. Not only that, but the material can be customized with different sheet textures, meaning homeowners can furnish their villas with jade, marble, wood, granite, and even herb-embedded walls before final assembly.

So far, Zhuoda Group has applied for over 22 patents for their new material and technology, and has signed contracts with more than 40 local government projects. With a production capacity expected to reach 2 billion square meters by 2016, this innovative company is sure to make some waves in the Chinese housing industry. 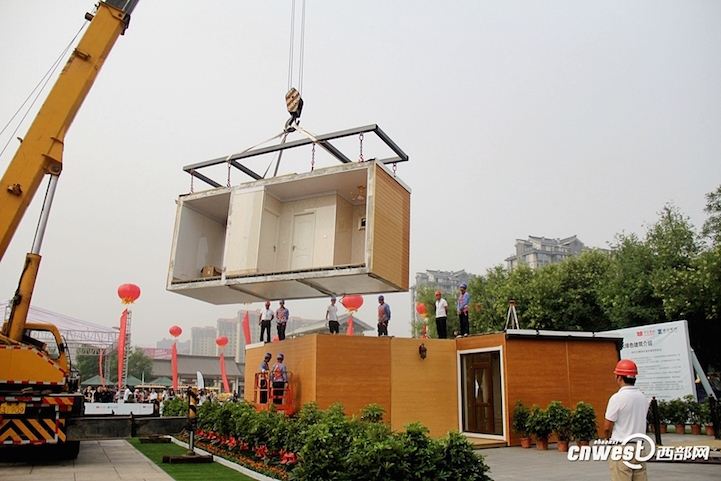 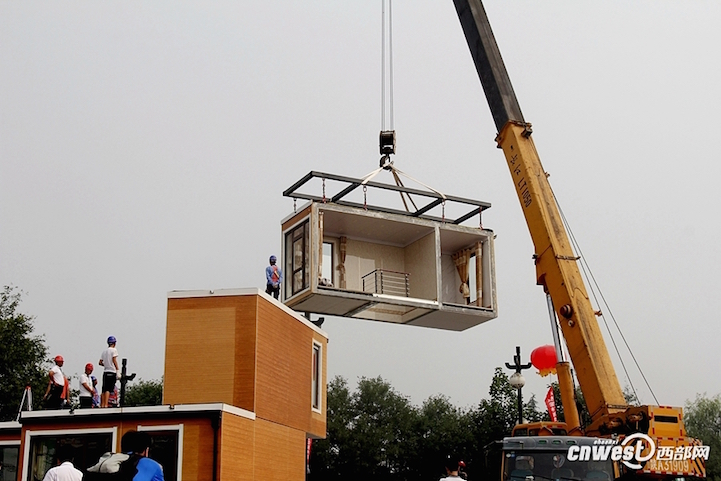 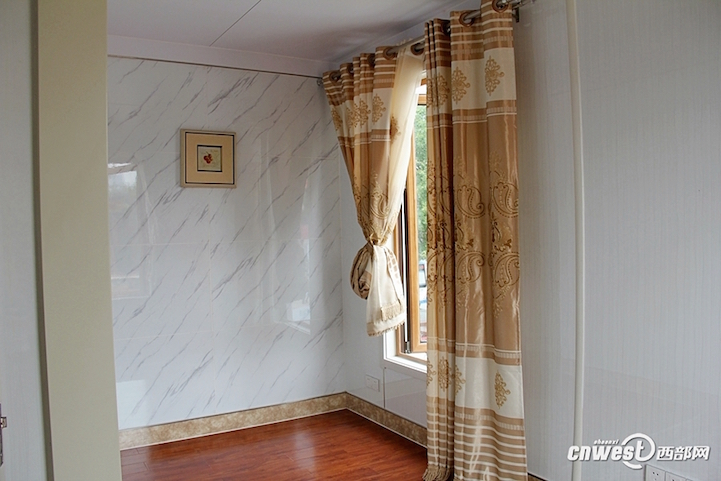 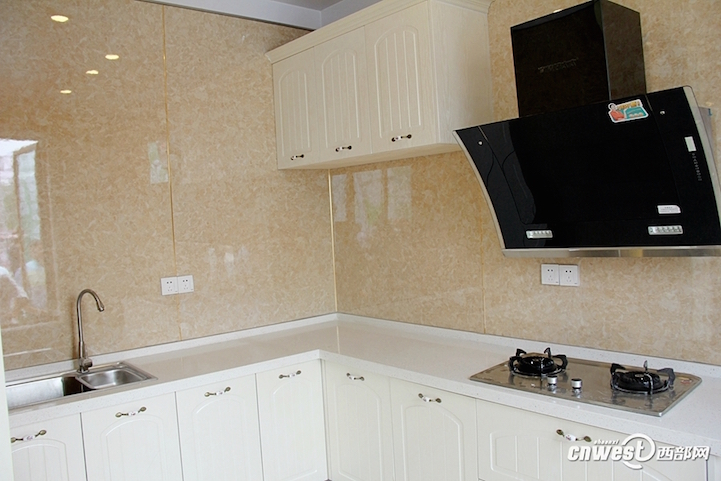 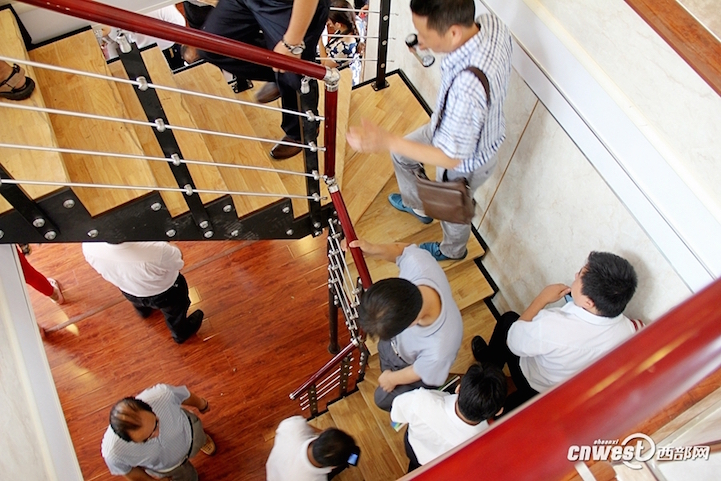 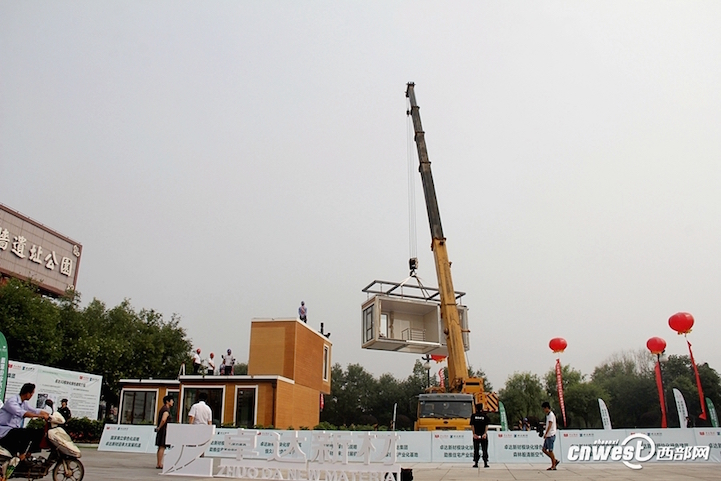 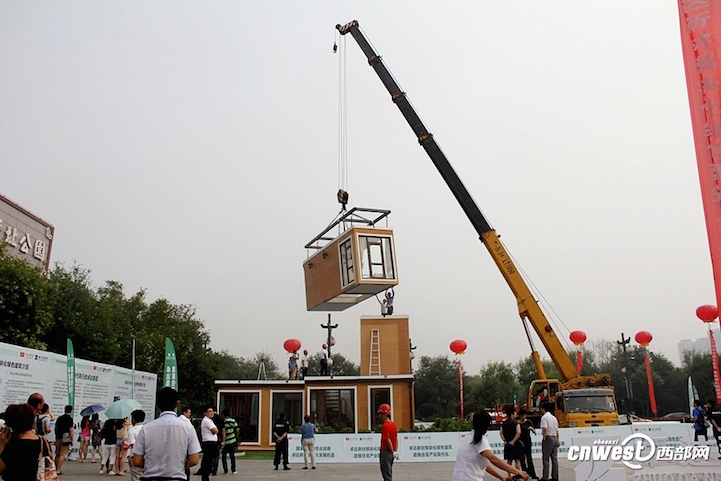 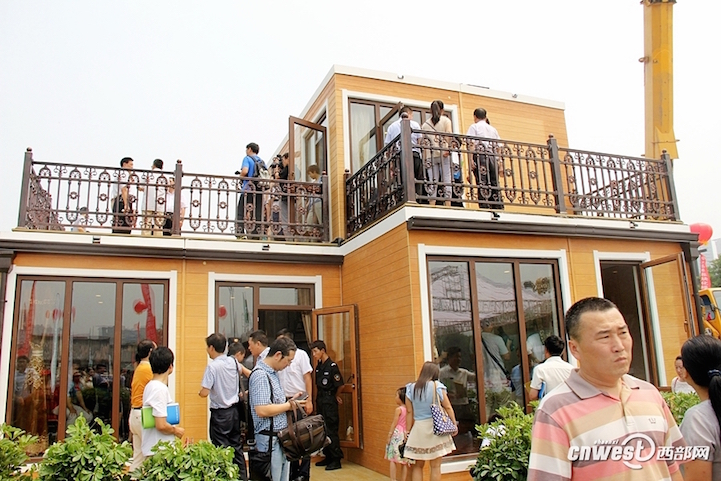 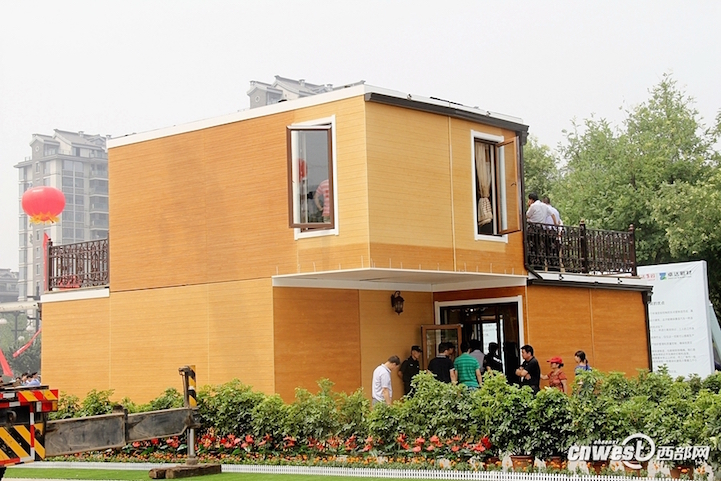 Zhuoda Group: Website
via [Inhabitat]
All images via Xinhua