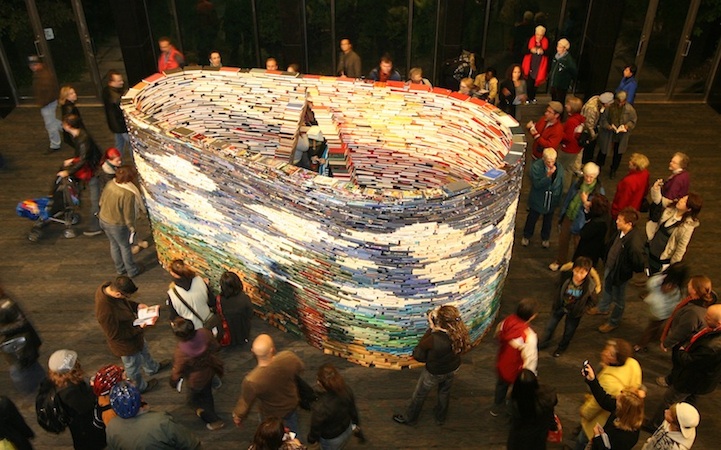 Built for one of Toronto's Nuit Blanche arts festival, this stunning tower of books, by artist Tom Bendtsen, resembles a nature scene complete with ethereal clouds and a setting sun. His towers, called Conversations, are mean to push the limits of what can be done with books. In this piece, called Conversation #2, 10,000 books were arranged to act like pixels or paint strokes. While in his past works Bendtsen stacked books by subject, here they were arranged by the color of their covers, so a detective novel could sit snuggly, right alongside a university text book.

As he states, “Conversation #2 was the first work where I completely abandoned building with history in mind. This work was concerned with creating imagery, now the book were being used as pixels to create an over-all image effect. Any historical connections between books are left to chance.”

Just how was this stacked so neatly? As you can in the photos below, string was used to create the overall form, which was then filled in with books. 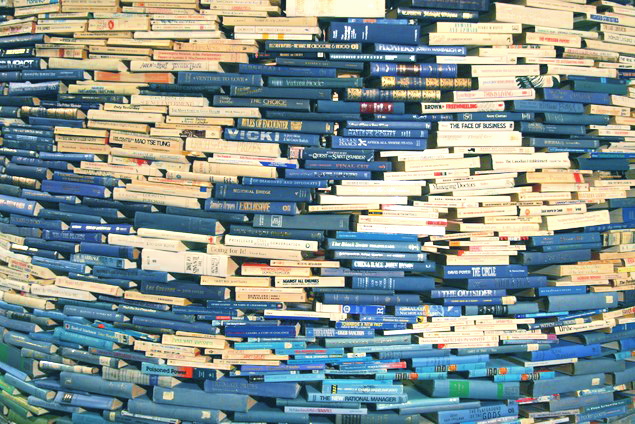 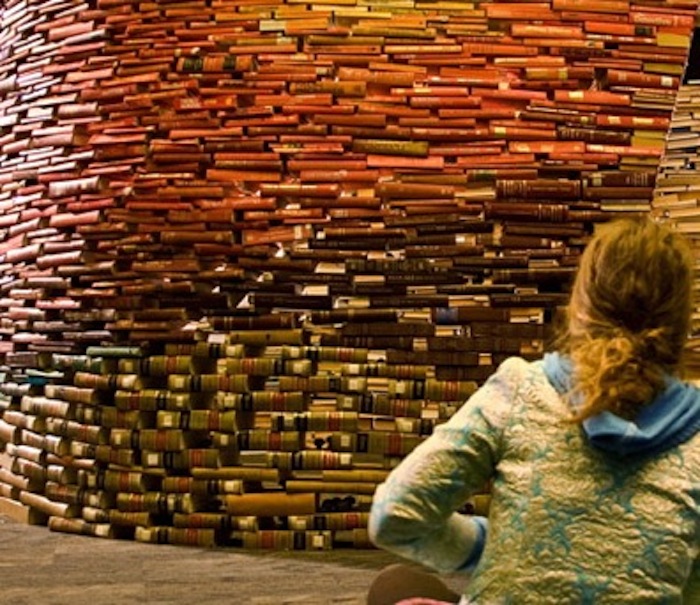 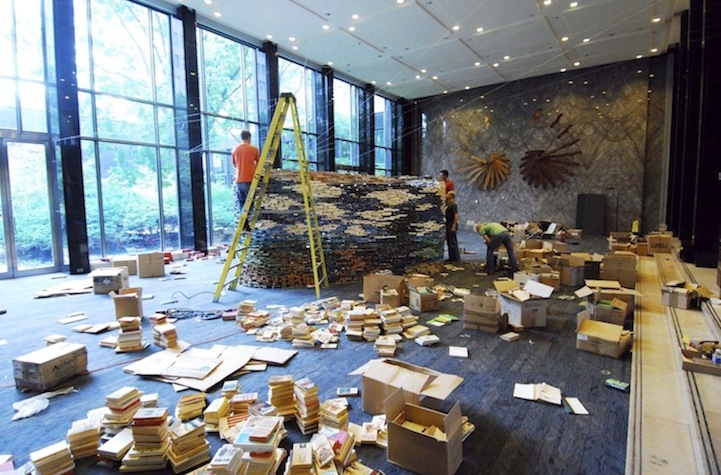 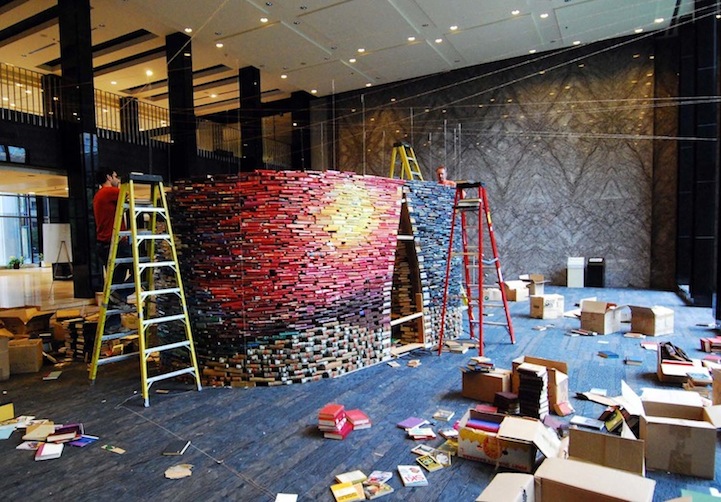