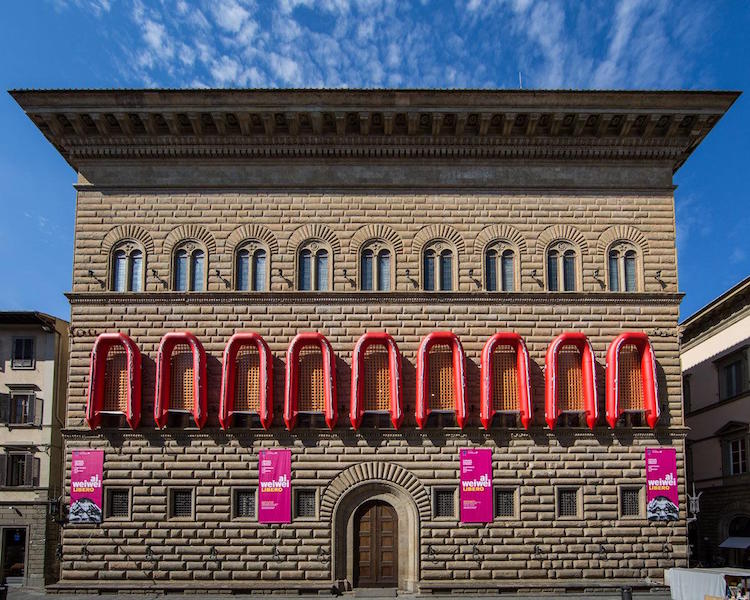 Celebrated and controversial artist Ai Weiwei recently opened his first major exhibition in Italy, titled Libero (Free), at Florence's Palazzo Strozzi. Prior to the opening, the artist installed twenty-two red lifeboats along the facade of the historic building, titling the work Reframe. In line with a series of recent work about the international refugee crisis, the rafts are similar to boats used by tens of thousands of refugees pouring into Italy each year. It's a stark political reminder in a city known as the cradle of Renaissance art, one that is typical of the Chinese artist's work.

“I'm very keen to look at the ways in which humans have lost their lives because of different situations,” the artist shares. “I think to have a show in one of the most important art museums I needed to make a statement. I think that art, especially contemporary art, is about raising the consciousness of people. So I am very happy that in Italy the work has lead to discussion in relation to current issues, which is most important. I really do care about the situation also.”

The installation has created a strong buzz in Italy, evidenced by the flood of both negative and positive comments on Palazzo Strozzi‘s Facebook page. While some felt it disrespectful to place a political installation on an historical building—construction of the Renaissance palace began in 1489—others thought it provoked a much needed discussion about the refugee crisis in Europe.

Ai Weiwei's Libero is currently showing through January 22, 2017 at the Palazzo Strozzi in Florence.

Above image via Alessandro Moggi 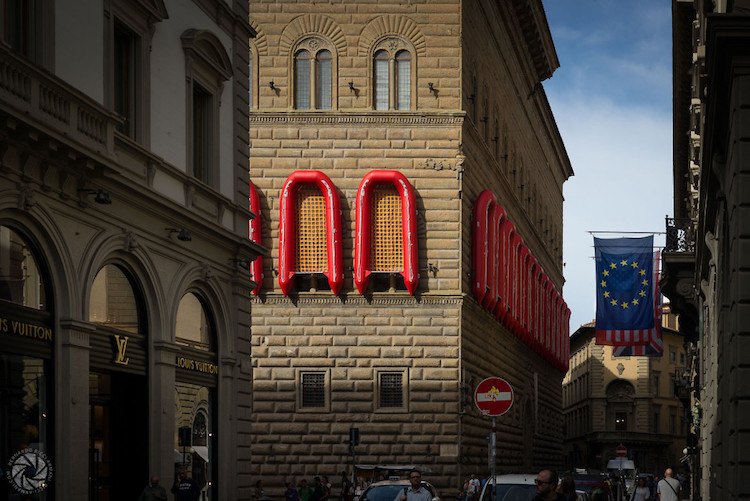 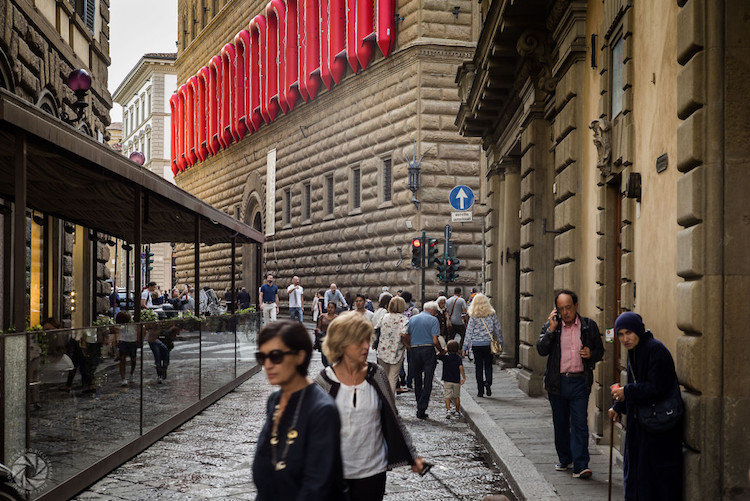 Here's the installation in progress: 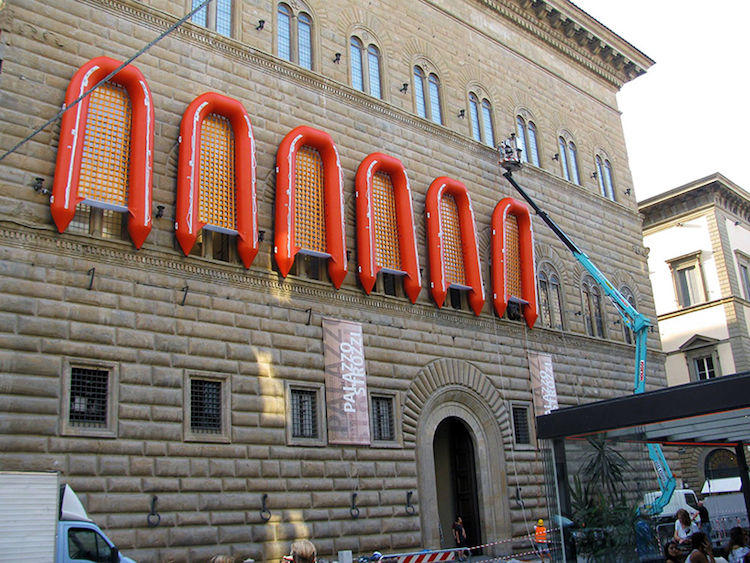 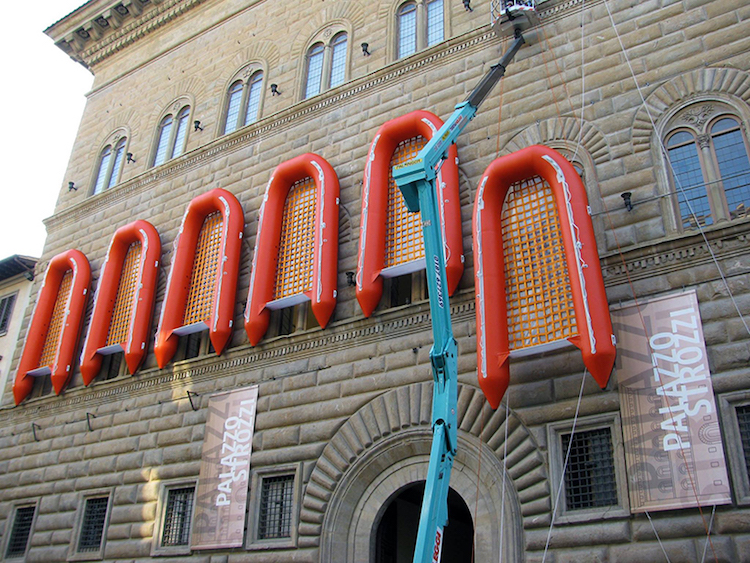 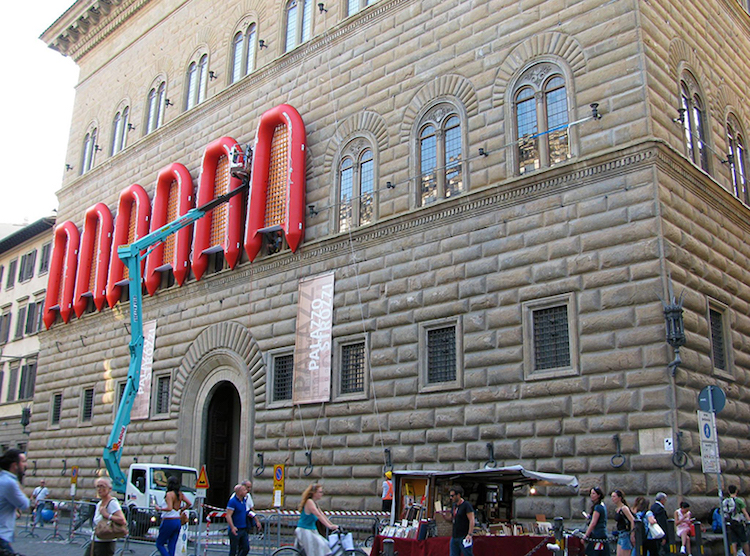 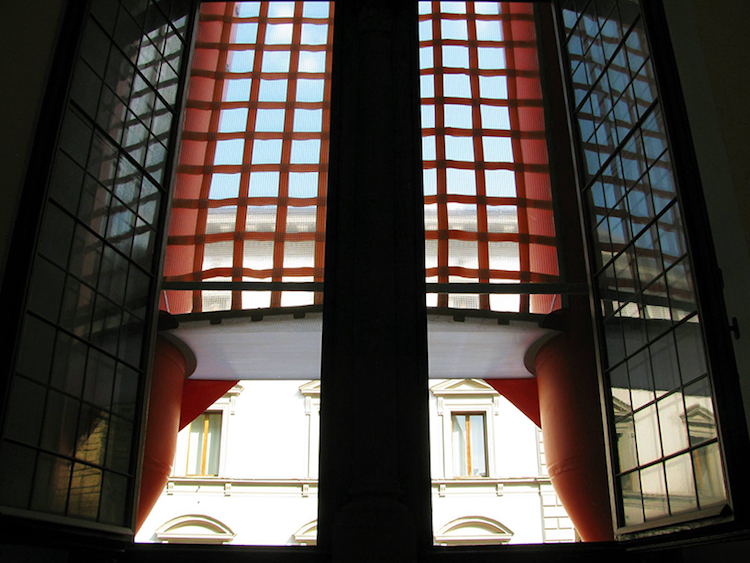 All images via Palazzo Strozzi except where noted.