Get out your dancing shoes for French artist Benedetto Bufalino‘s latest installation. The eccentric artist, known for his humor-infused work, animated the streets of Lyon, France with his unique take on an unconventional lighting system—a disco ball cement truck. The mirrored truck rolled down the city streets, throwing off beams of light as the cement barrel rotated. Benoit Deseille, a lighting designer, helped envision this offbeat source of illumination.

The artist affixed nearly 3,500 mirrors to the cement mixer in order to transform it into a festive disco ball. As a result, the dancing fields of light cast brightly across the surroundings, making it impossible to miss. Disco beats pumped from the truck, serving as a musical invitation for neighbors to come out to the faux construction site and join in the party. Each evening from December 8-10, 2016, the party vehicle rolled up for several hours, creating a point of interest where curious spectators snapped pictures and enjoyed the show.

The project was carried out for Lyon's annual Festival of Lights, and is not the first time Bufalino and Deseille have collaborated. In 2007, they conceived their highly successful—and amusing—telephone booth aquarium installation.

This disco ball cement truck transformed a street corner into a party. 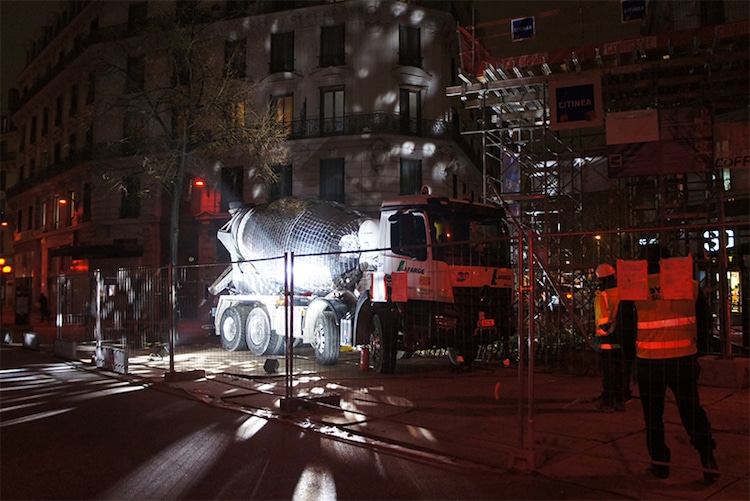 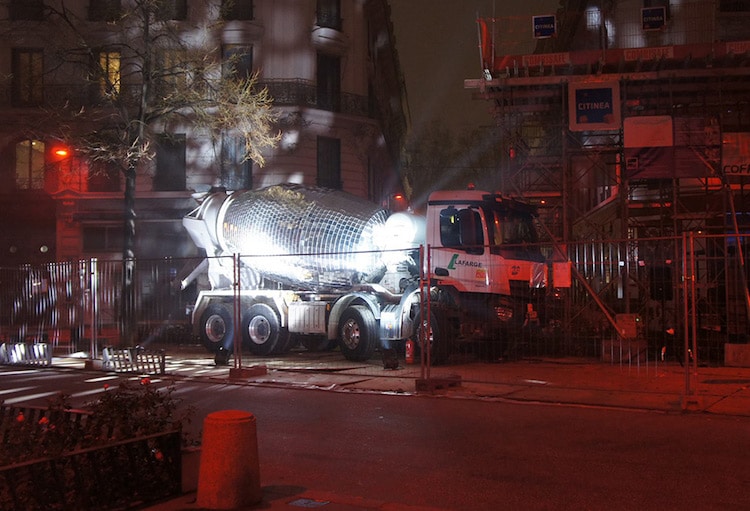 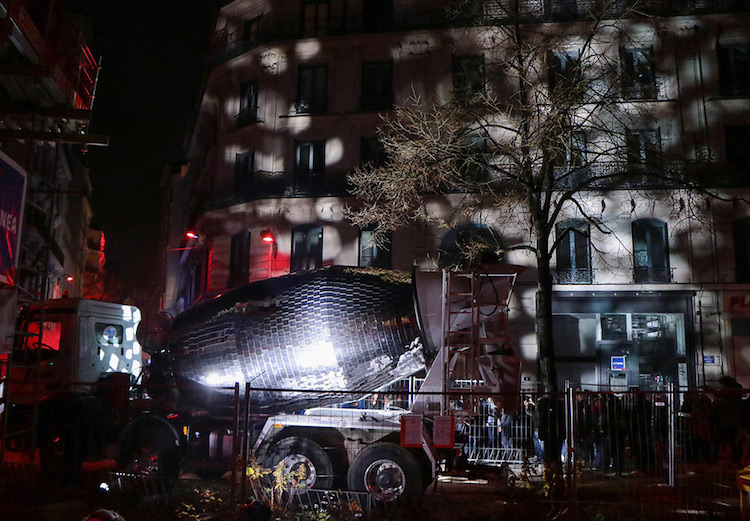 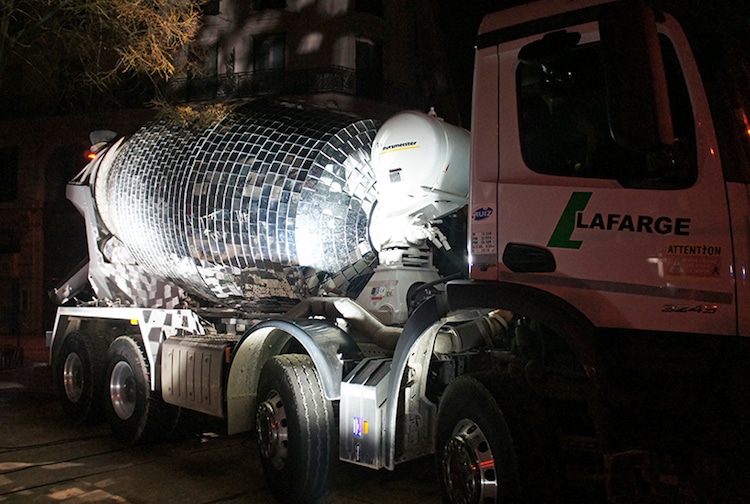 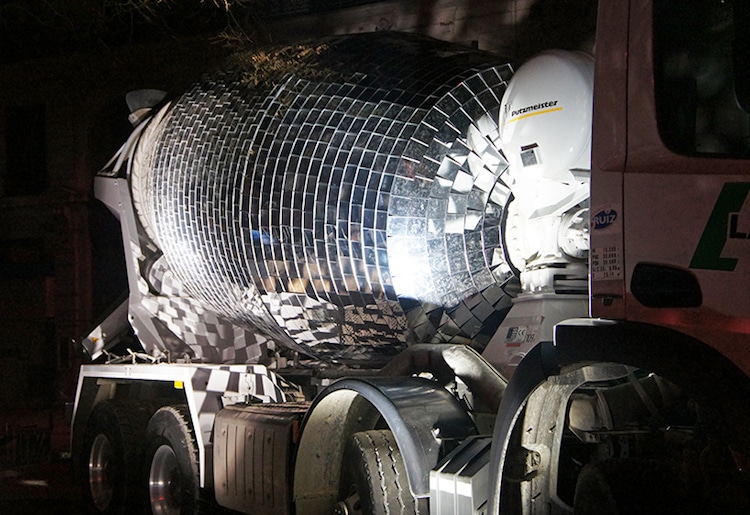 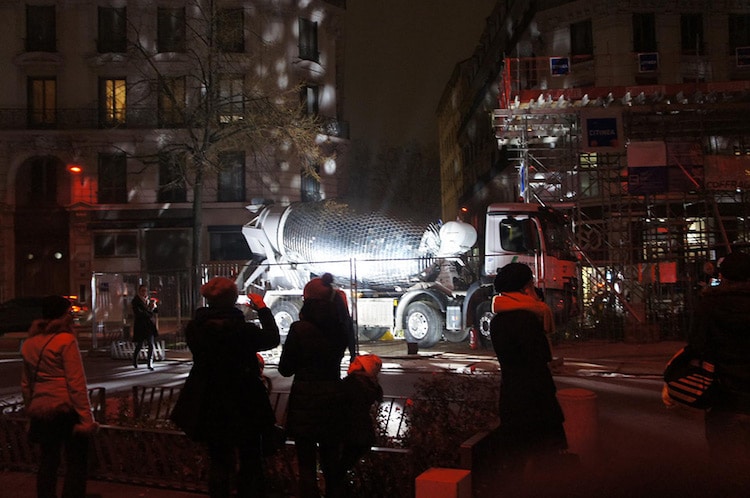 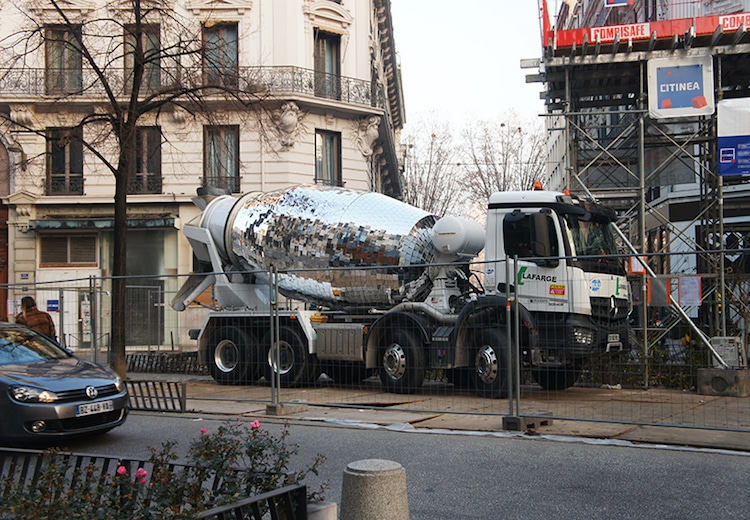 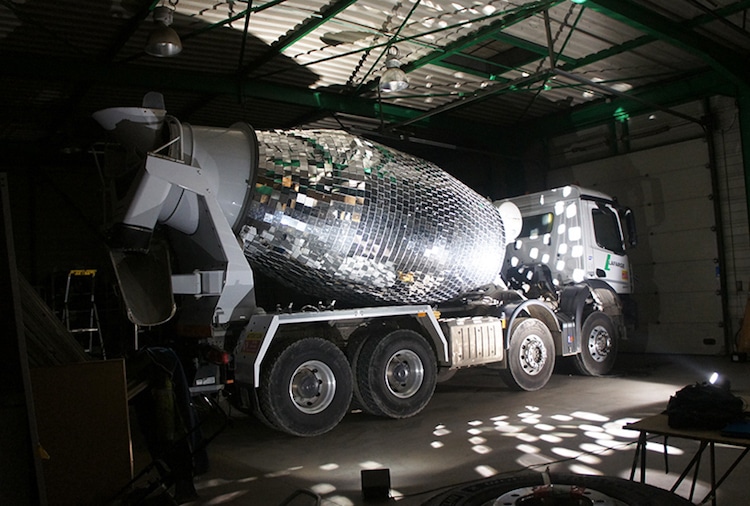 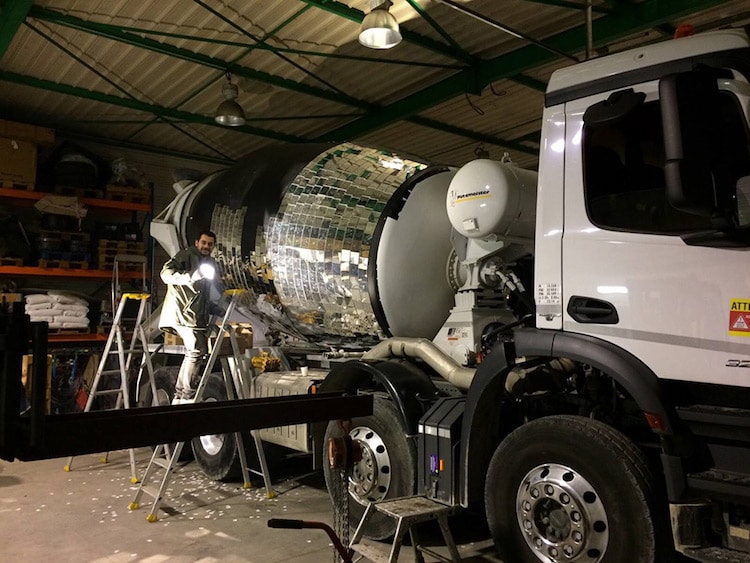 Disco inferno! Share
Like My Modern Met on Facebook
Get Our Weekly Newsletter
Become a
My Modern Met Member
As a member, you'll join us in our effort to support the arts.
Become a Member
Explore member benefits
Disco inferno!