Bill Clinton is More Badass Than Bond and McClane (2 total) 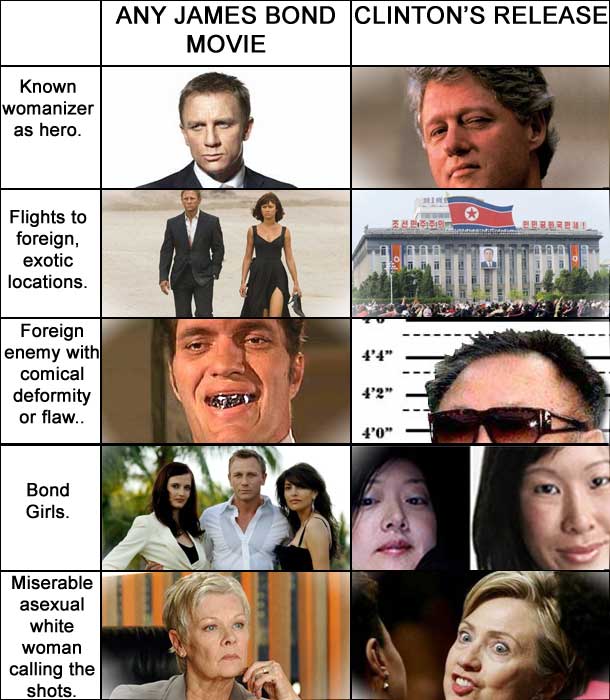 Here are Cracked's hilarious charts that compare Die Hard: With a Vengeance and any James Bond film with Bill Clinton's release of the two journalists who were imprisoned in North Korea until earlier this week.

“I don't know if you knew this or not, but real-life supervillain Kim Jong Il imprisoned two American journalists in North Korea and former president Bill Clinton saved the shit out of them. Just strolled into the country like it wasn't even a thing and walked out with a couple of lady journalists, pausing just briefly when he noticed some dirt on his shoulder that required brushing.” 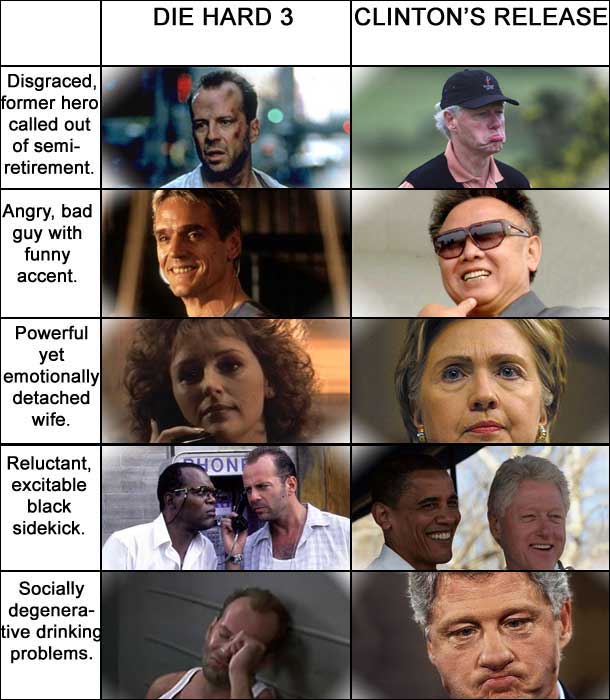