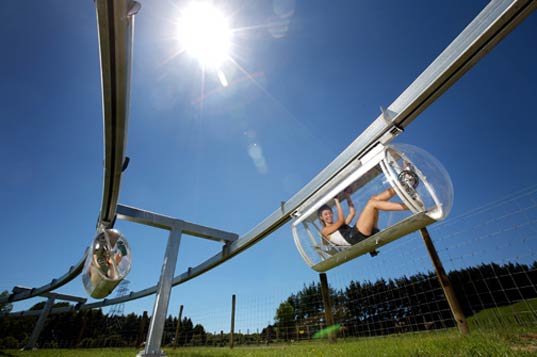 This looks like an interesting way to travel. The Shweeb is a self-enclosed, pedal-powered personal pod already in use at an amusement park in New Zealand. A team of designers see the Schweeb not only as a vehicle of amusement, but as an environmentally-friendly replacement for personal motor vehicles in traffic congested cities.

The Schweeb uses a monorail system to guide users along a pre-determined path, and each pod is powered by the rider. According to their website, it takes only half the energy of a regular bike and 1/3 the energy of a mountain bike to pedal, since it is enclosed and there isn't the rolling resistance of the tires to compensate for. For even great efficiency, Schweebs can be linked together for less air resistance, and more pedal power.

After watching the video below, I was surprised how fast these pods can go. The Schweeb brochure claims the pod can easily attain speeds of 31 mph (50 kph). They also claim that the average speed in London of a car is just 8 mph, the same speed it was a 100 years ago in 1908. 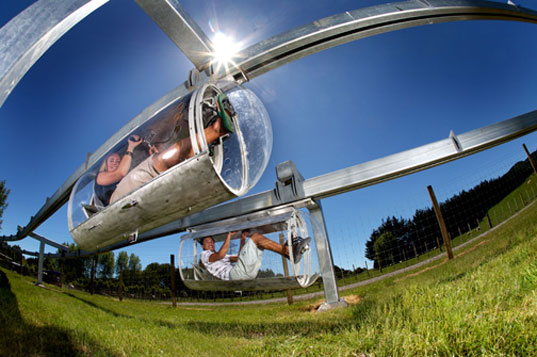 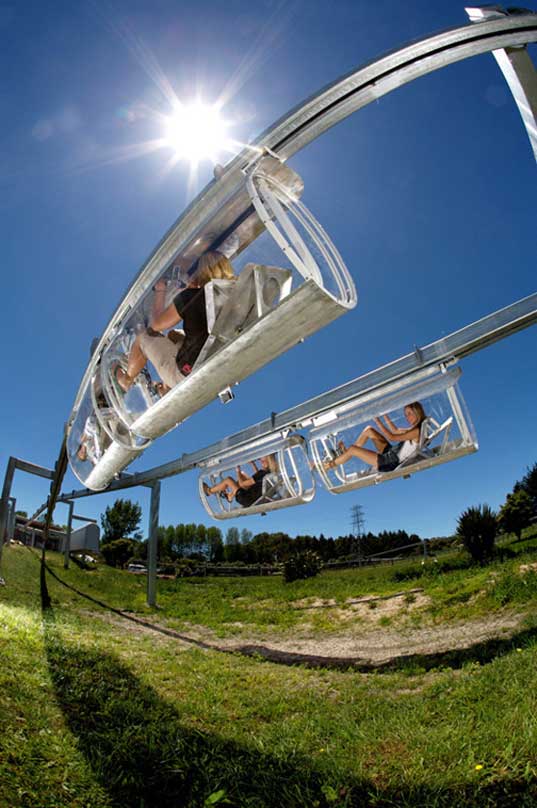 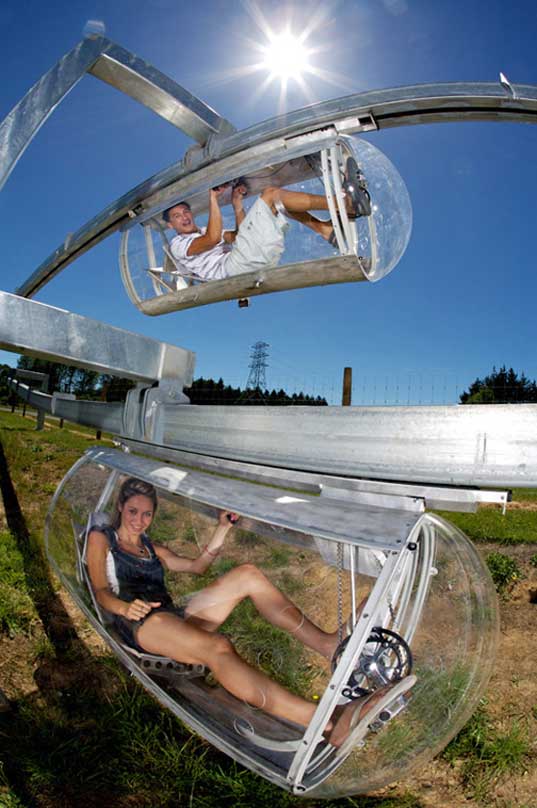 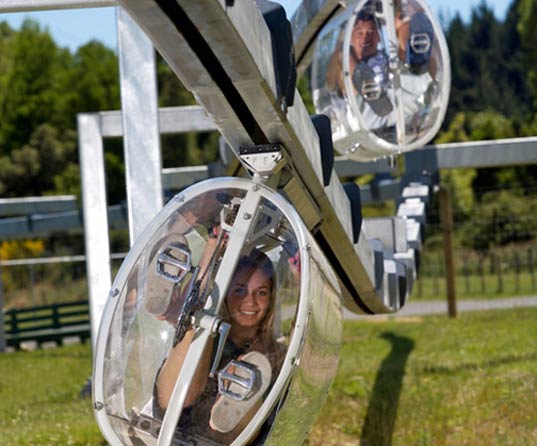 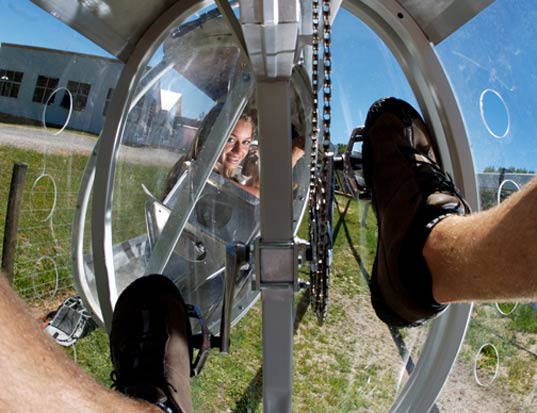 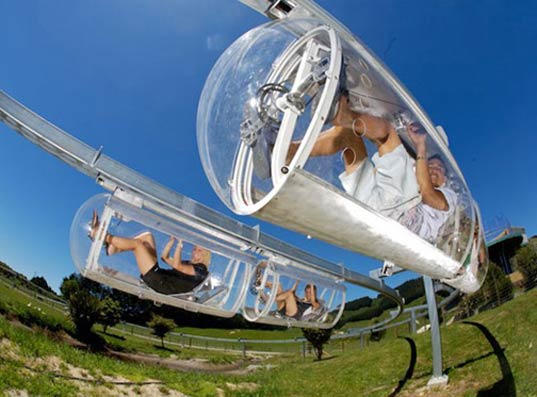